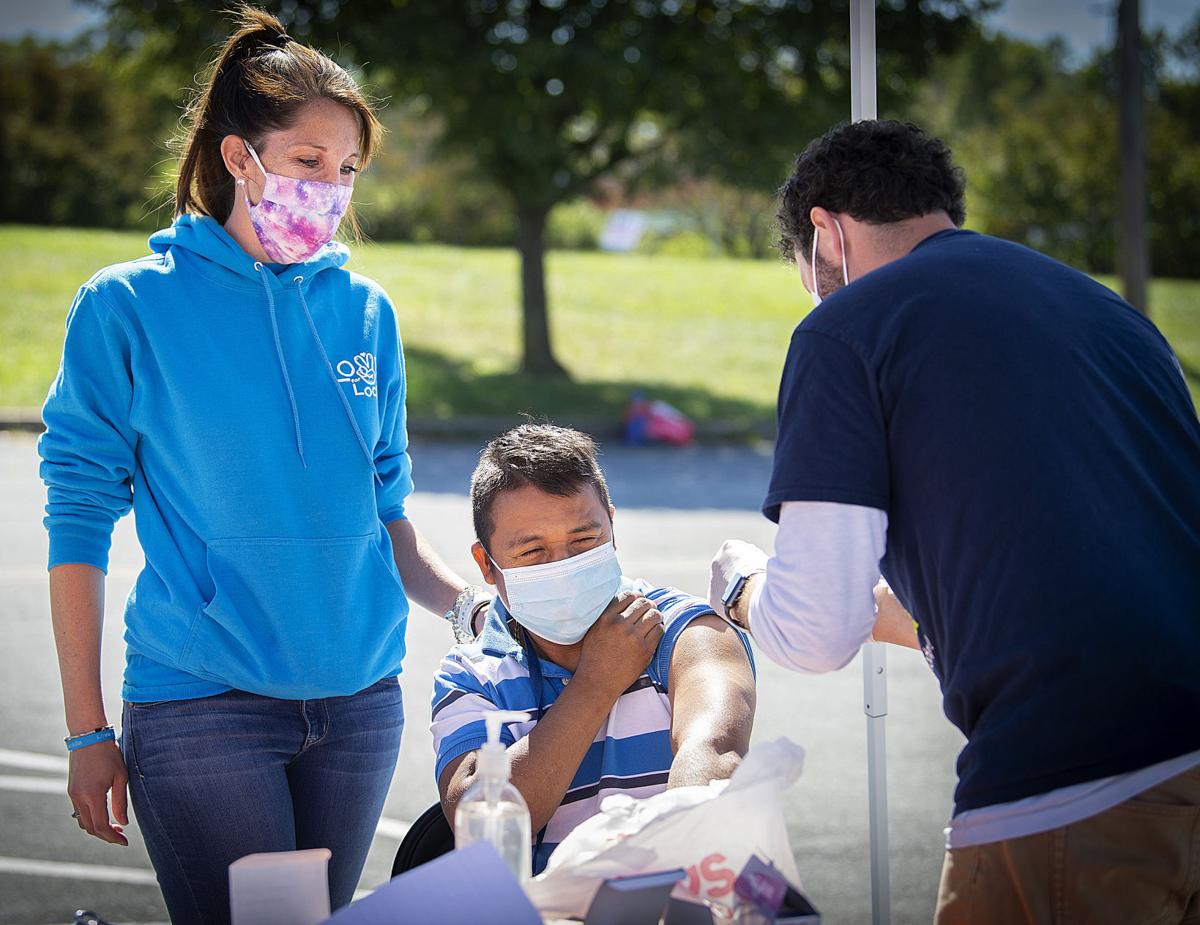 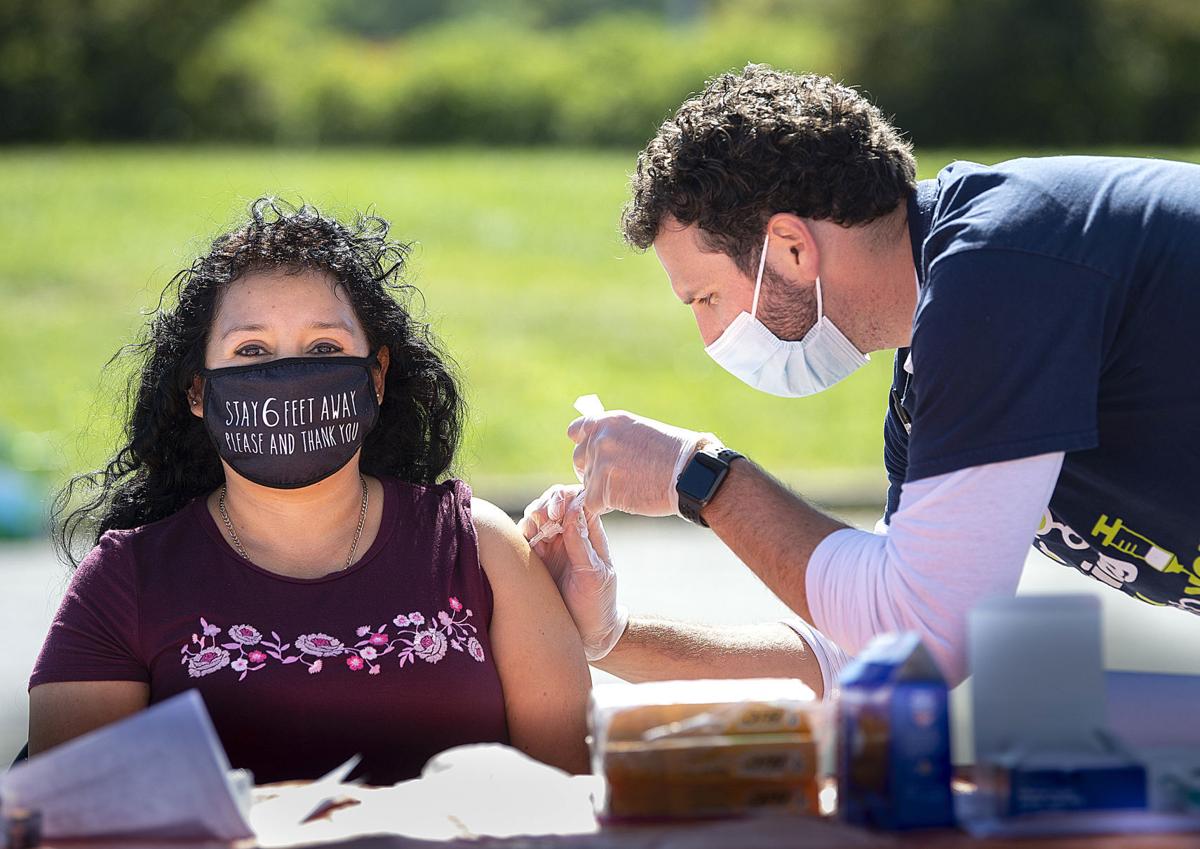 Brooke DeSantis is trying to save lives.

That's why she was standing under a makeshift tent Monday afternoon in the expansive parking lot of the old Frederick Towne Mall on the Golden Mile (U.S. 40), wearing her baby blue Love for Lochlin sweatshirt.

Through the nonprofit foundation she set up in memory of her son, Lochlin, who died in January from complications from influenza at the age of five, DeSantis was distributing flu shots and school supplies to those in need.

"It means everything," she said. "Being a nurse, losing any more people, that's not acceptable."

Lochlin DeSantis started his Saturday morning by playing hockey with his older brother.

Lochlin DeSantis did not get a flu shot last December because Frederick County had run out of them, Brooke DeSantis said.

In late January, he told his mother that he did not feel well when she picked him up from school. His condition quickly deteriorated and he died three days later at Frederick Health Hospital from sepsis, a life-threatening condition caused by the body's extreme reaction to an infection.

"It was an eye-opening experience," Brooke DeSantis said. "So many people don't know exactly what [sepsis] is capable of. With Lochlin, he was fine Friday, and he was gone Monday."

Since a flu shot could have saved her son's life, DeSantis is determined to distribute as many vaccinations as she can.

The Love for Lochlin foundation has currently partnered with CVS pharmacies to distribute the shots, and DeSantis is working with the Frederick County Health Department to obtain more as flu season kicks into full gear.

Right now, the vaccine is not readily available to those who want or need it, DeSantis said.

DeSantis said there were already 37 cases of the flu in Frederick County as of last Thursday, after speaking with Dr. Barbara Brookmyer, the county's chief health officer.

"That's what I have been working with the health department on, to see that we meet that need," DeSantis said. "To see that those who want their flu shot, that it's readily available to them."

DeSantis hopes to be able to provide this pop-up service on a more regular basis in locations across the county in the coming months. She said the next one is tentatively scheduled for Oct. 3 at a site to be determined.

For more information about Love for Lochlin, go to loveforlochlin.com.

Prayers for the DeSantis family and many thanks for your efforts in the community.