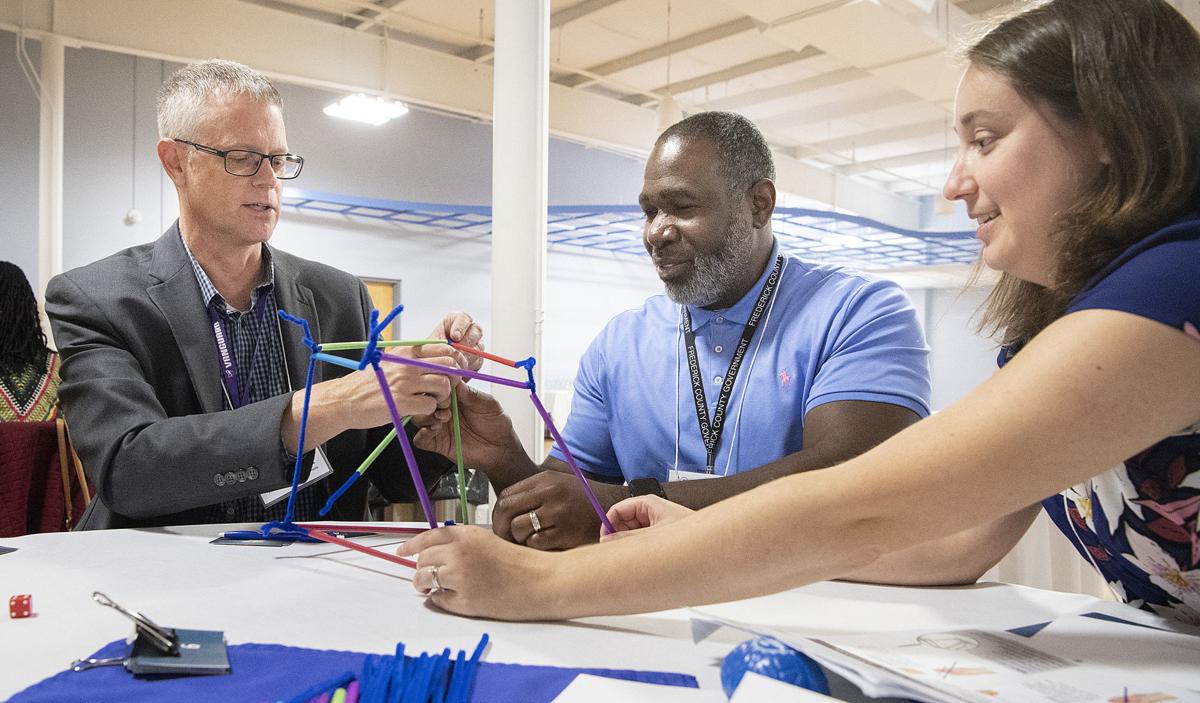 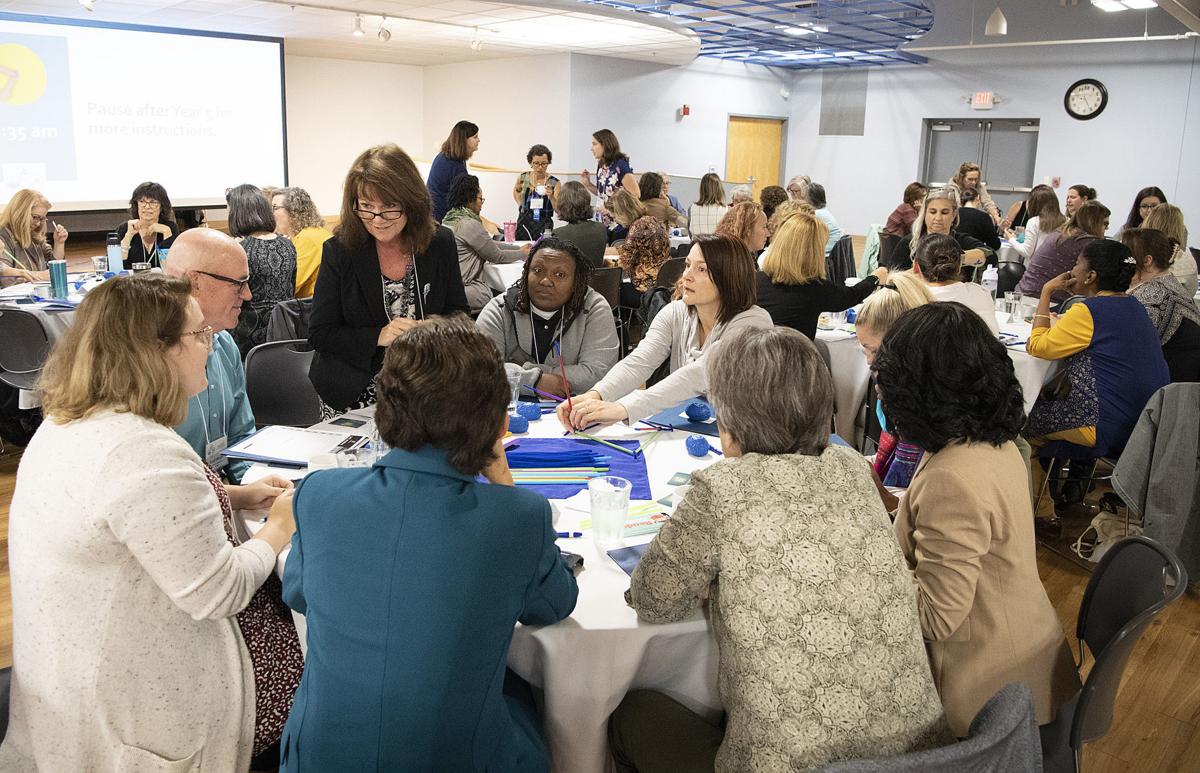 The Frederick County Interagency Early Childhood Committee and the ACEs work group held the We Design: Applying 21st Century Science to Improve Outcomes for Children summit Tuesday at The Arc at Market Street. The summit was funded by the Maryland State Department of Education and United Way of Frederick County.

The Frederick County Interagency Early Childhood Committee and the ACEs work group held the We Design: Applying 21st Century Science to Improve Outcomes for Children summit Tuesday at The Arc at Market Street. The summit was funded by the Maryland State Department of Education and United Way of Frederick County.

The task before the group of adults seated around tables was to use straws and pipe cleaners to build a brain.

But there was a catch.

The goal was to build the tallest brain. But around the fifth round, representing the fifth year of brain development, came another twist. For every positive event, participants now got a pipe cleaner.

Negative ones earned a weight.

The players kept going until they reached the eighth year of development. Or their brains collapsed under the weight of toxic stress.

The game is meant to be a way to understand how childhood adversity negatively affects a child’s brain, said Kathy Allen, program administrator for the Judy Center, a Frederick County Public Schools program that provides early intervention to help with school success.

“What I love about this game is it’s tactile and visual,” she said.

The game was played Tuesday morning at the We Design: Applying 21st Century Science to Improve Outcomes for Children, led by the Harvard Center for the Developing Child.

The event was targeted toward those in health care, social services and education careers. After they finished the brain architecture game, they listened to Tien Ung and Hannah Barber, from the Center for the Developing Child, talk about childhood adversity and resilience.

Ung is originally from Vietnam but grew up in North Carolina. As a child who immigrated to the United States, she experienced poverty, isolation, the loss of her father to suicide, and injuries to her mother. All of those are considered adverse childhood experiences, or ACEs.

But while adverse childhood experiences affected her life, they did not have to define it, Ung told the participants. That was because there was a positive adult relationship in her life that helped her have a good relationship with her mother as well.

The idea of being able to overcome the traumatic experiences and stress is known as resilience, she said in her presentation. Resilience needs to be built over time through positive experiences and conditions that involves responsive interactions and coaching, Ung said. A strong, positive relationship with an adult is important to learning resilience.

Ung and Barber told the attendees about the difference stresses — positive, tolerable and toxic — in a child’s life. Positive stress is the kind a kid might feel before the first day of school. The kind that can be buffered by a parent saying, “it will be all right.”

Tolerable stress is more significant, such as a parent losing a job. With this stress, there is a still an adult present to help buffer the stress.

Toxic stress has no buffer. It is severe, unrelenting and prolonged, Barber said.

The body needs fluctuations in stress, but prolonged exposure leads to traumatic stress, Ung said. Combined, traumatic and toxic stresses lead to effects on the child’s brain and life.

And while these can be addressed through resilience, how long a child goes through the stress will influence how the child will be affected.

Barber cited a Romanian orphanage study that found that children who were removed from the orphanage before age 2, and placed into a positive foster care, met normal development milestones by age 4. Those who were removed after 2 did not fare as well. They needed more help and possible therapy, she told attendees.

While Ung and Barber came to help instruct the attendees on ACEs, they also pushed those in the room to move the conversation further, talking about what they could do in the county to provide better environments for children, Ung said.

Frederick County is seeing an increasing number of families being unable to afford basic needs. There are also families immigrating, coming to the county with traumatic backgrounds, said Malcolm Furgol, with United Way of Frederick County. United Way was a co-sponsor of the event.

“At the end of the day, we all have to live together, and we have to support each other,” Furgol said.

For ACEs liaison Pilar Olivo who helped bring Ung and Barber to Frederick, the event went well. She said the information is something people need to learn over and over to fully process it.

She is unsure what changes will result from the event, but there are already two groups working on ACEs. There are the Frederick County Interagency Early Childhood Committee and the ACEs work group, under the Local Health Improvement Plan.

“I want our community to feel like they have the ability to be real innovators in this space,” she said.

Olivo is the wife of Geordie Wilson, publisher of The Frederick News-Post.

Our daughter speaks of ACEs and resilience while pursuing a Masters in school psychology. This helped me process some of what she is so enthusiastic about. Thank you.