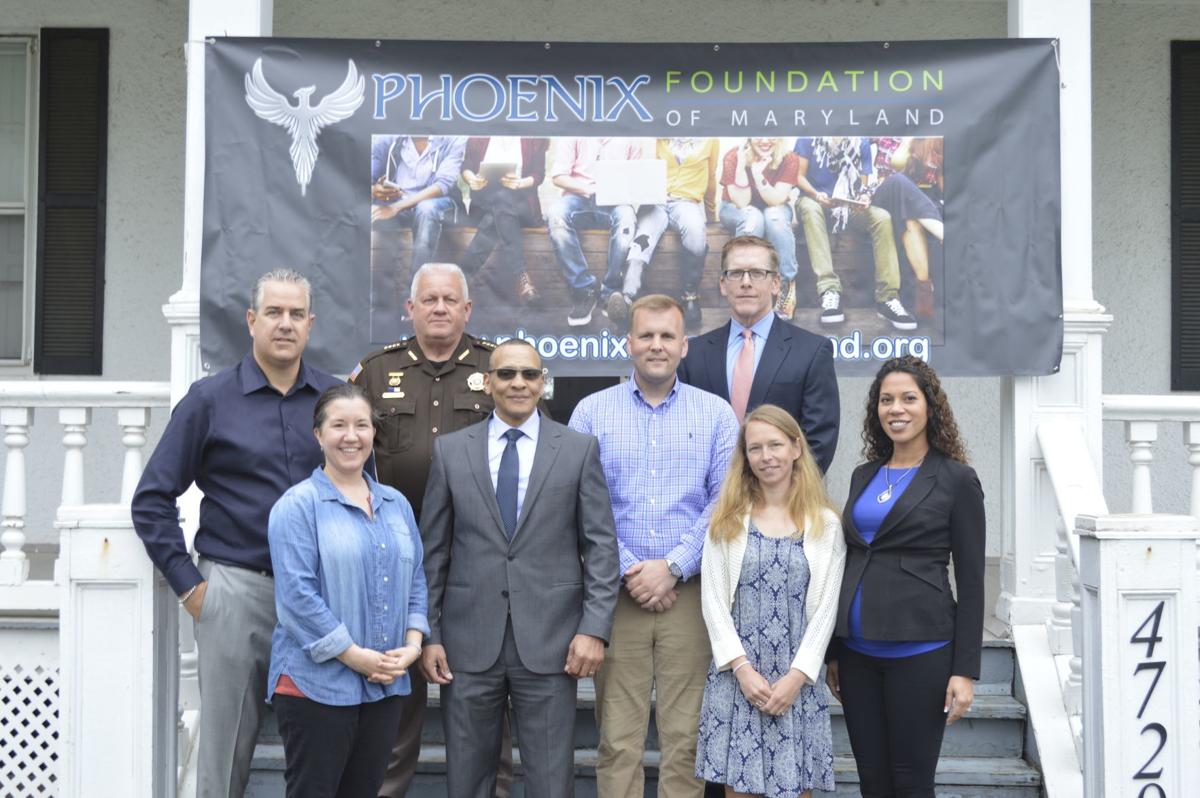 Local officials toured a church on Buckeystown Pike Thursday morning that is slated to open as a recovery high school in 2020.

Local officials toured a church on Buckeystown Pike Thursday morning that is slated to open as a recovery high school in 2020.

Across the street from Frederick County’s adult detention center, and less than a half-mile south on Buckeystown Pike, a white church roughly 9,000 square feet in size sits atop a small hill.

Right now, that building is the Ballenger Creek Baptist Church. But thanks to a partnership with the Phoenix Foundation of Maryland, there could be a recovery high school opening there by August 2020.

Multiple board members of the Phoenix Foundation and local officials toured the church Thursday morning. John Edmonds, founder and president of the foundation, said the nonprofit has raised roughly $150,000 so far in preparation for opening the new school.

Recovery high schools are small. They range from 25 to 50 students, with an online learning component, Edmonds said. One administrator and three teachers would work at the proposed location, he added.

The school combines traditional education with recovery methods, like therapeutic elements and a 12-step program, he said.

“This is not the only answer by any means to the opioid epidemic, but it’s one of the answers to help kids get into recovery, help teenagers get into recovery before they’re 19, 20, 25, 30 years old,” Edmonds said. “The people that end up in [Frederick County State’s Attorney] Charlie Smith’s courtrooms as adults didn’t just wake up at 18 and start using drugs. They started at 14, 15, 16 years old.”

Smith said outside the church Thursday that the recovery school would offer another diversion program for juveniles, something his office needs.

When kids head back into a regular school environment, assimilating can be difficult, Smith said. Their classmates know they were addicted to drugs, and balancing that with peer acceptance work can be tricky, he added.

Smith referenced a recent state study which found that the age at which someone enters the criminal justice system is the top factor in indicating if someone would reoffend.

“I was actually fairly surprised at that,” Smith said. “I thought it would have been the offense itself, if somebody is pulling off a robbery or a violent crime, that would have been a No. 1 factor for whether they would reoffend. So if we can divert [juveniles] away from the system, and get them a resource like this … that’s crime fighting, that’s public safety, that’s what people need to understand.”

Sheriff Chuck Jenkins also attended the tour Thursday. He said he liked the concept, but had questions about long-term funding sources.

He added the opioid and heroin epidemic is not slowing down, and that it will be important for the recovery school to accommodate as many juveniles as possible.

“I mean, I look at it similar to a charter school or a private school. I think the model’s wonderful,” Jenkins said. “But is it going to be able to accommodate enough students?”

Sean Nicholson, a board member on the Phoenix Foundation, said the nonprofit is continuing fundraising efforts. They will host their second gala this fall at Dutch’s Daughter, which is expected to raise $75,000 or more, he said.

The Foundation also needs to do about $150,000 of site-plan improvements, including widening the entrance from Buckeystown Pike and moving parking spaces.

Nicholson said the school will hopefully be a valuable resource for young people working through addiction.

“To have a kid with an addiction issue is uncomfortable already,” he said. “But to have a warm and inviting atmosphere to bring them to, something like this was very important for us to find.”

Could a new recovery school open options for young people in county with addiction?

For the three mothers petitioning hardest for a new recovery high school in Frederick, there’s a bittersweet irony in the fact that the school…

Where is the school system on this idea? Who is responsible for the education program and who will be paying for this? More questions than answers.

Too bad the reporter couldn't be bothered to tell the readers that the 19th century home was called Arcadia.

Arcadia dates back to the late18th century.