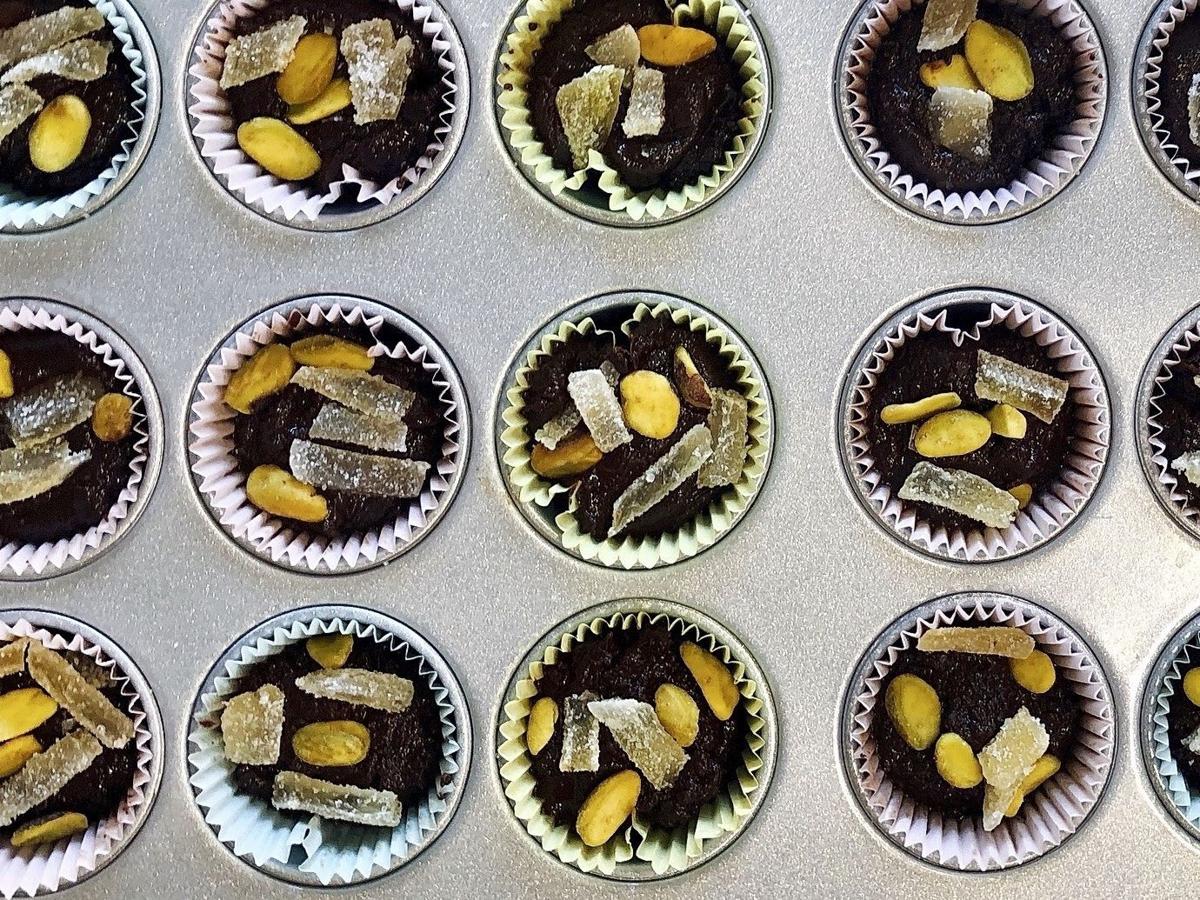 A recipe of chocolate tahini cups, made with 100 percent cacao chocolate chips, is displayed in Alexandria, Va. There’s more to cacao than chocolate. The cacao fruit and pulp can be used for cooking as well. 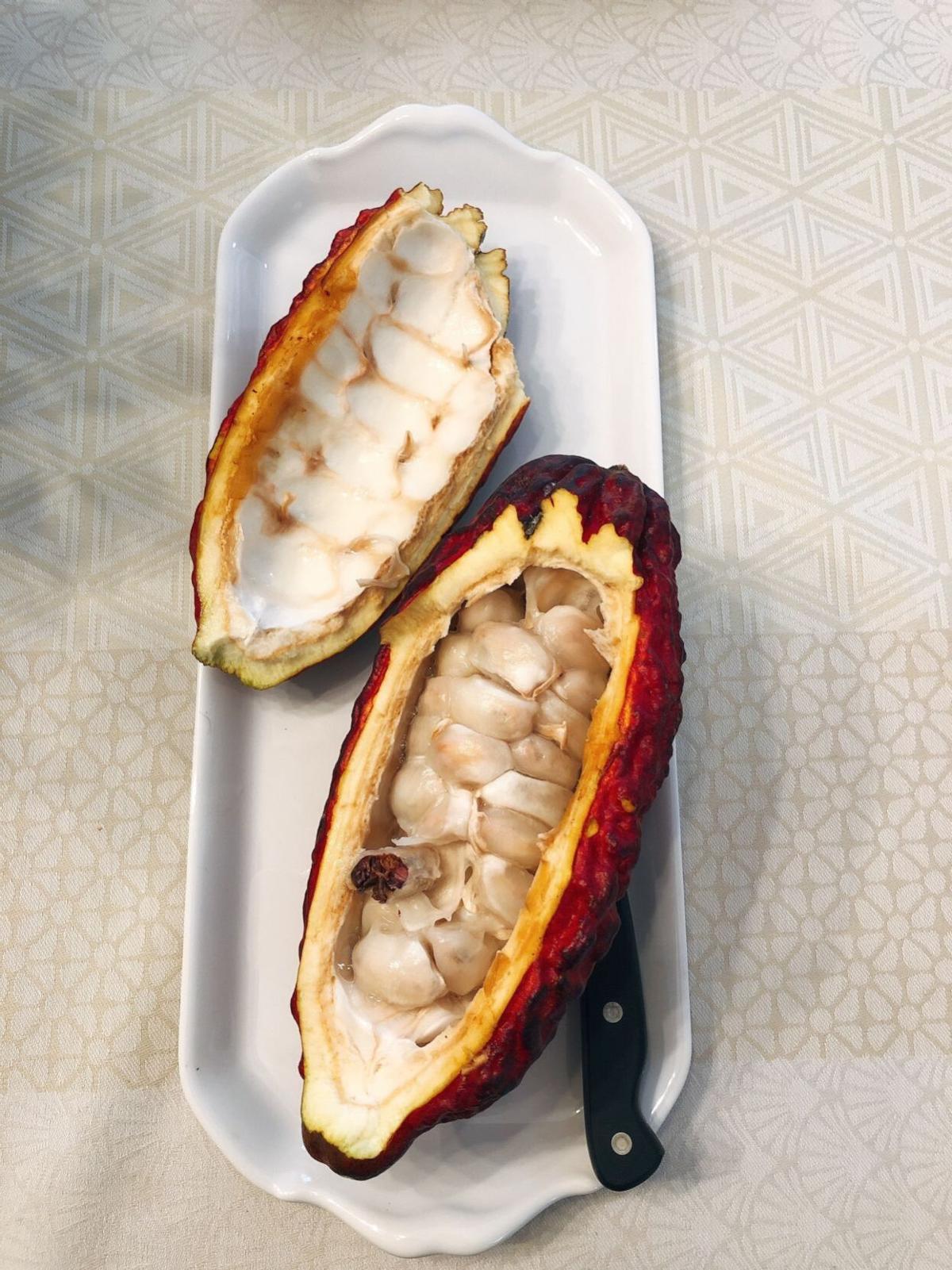 A fresh cacao pod on a platter.

A recipe of chocolate tahini cups, made with 100 percent cacao chocolate chips, is displayed in Alexandria, Va. There’s more to cacao than chocolate. The cacao fruit and pulp can be used for cooking as well.

A fresh cacao pod on a platter.

Oded Brenner is a modern-day Willy Wonka. In the 1990s, he co-created an international chocolate empire, Max Brenner Chocolate, that includes a 7,000-square-foot emporium on Broadway in New York City.

Brenner left that venture in 2012, and a few years later began exploring a different side of chocolate. A trip to Jamaica in 2015 ignited a passion for cacao, which is more than just the beans that are turned into chocolate.

Brenner saw people making juice, liquor and flour from the cacao fruit and using the whole pod instead of just the beans. He was amazed at how little he knew about cacao, despite having worked in chocolate for 20 years.

“It is the most unknown fruit behind the most known fruit,” summed up Brenner.

Brenner told me that traditional chocolate production wastes most of the fruit. By contrast, he said, in Ecuador, they drink cacao water and eat the dried fruit of the pods.

“In fact, the entire pod is edible, but in our quest for the traditional chocolate, all of the other parts of the fruit are wasted,” he said.

Brenner now promotes the unsweetened fruit as having high antioxidant properties. The cacao fruit, he says, is packed with potassium, magnesium, iron and thiamine B1, among other things. The water is full of natural electrolytes.

Brenner has created Blue Stripes Urban Cacao, with an online shop and a store in New York’s Union Square neighborhood, to tell both sides of the chocolate story. On one hand, you have the decadent, luxurious, refined experience of chocolate truffles and bonbons from fine chocolatiers. On the other hand, you have the rustic, unrefined, jungle experience of the colorful cacao fruit.

When I first met Brenner and was introduced to his line of sustainable and farmer-equitable cacao products, I started with the fruit itself. It was the first time I had ever held a cacao pod. It was deep red, about 10 inches long and shaped like a football with ridges. I cracked it open and tasted it. It is full of white sacks that hold cacao seeds, and around the seeds is the pulp or fruit.

The fruit is slightly sweet and slightly sour, and has a pleasing, thick texture kind of like passionfruit. The seed inside, of course, is the cacao bean, which is traditionally fermented and roasted to make chocolate.

Next, I drank the cacao water, and I was in; I felt hydrated and refreshed.

I fell in love with Blue Stripes’ Cacao and Tahini Bars. With Brenner’s help, I created my own recipe for Dark Chocolate Tahini Cups, inspired by his focus on the whole cacao fruit.

These homemade chocolates were inspired by Oded Brenner and his focus on the whole cacao fruit. They are satisfying and delicious like a good cup of espresso. Slightly bitter, creamy and exploding with dark, dark chocolate flavor. Remember to have all your ingredients are at room temperature before mixing, or the chocolate will cool down too quickly and you won't be able to pour it.

Melt the chocolate in a double boiler or on the chocolate-melting setting of a microwave. Meanwhile, mix the tahini, date syrup, vanilla paste, cardamom, nutmeg and salt. Add the melted chocolate slowly, and mix well until completely combined.

Divide mixture among the 24 mini-cupcake papers. Immediately sprinkle each with a bit of Maldon sea salt. You can stop there or add the candied ginger and nuts. If adding, place a couple of pistachio nuts on top of each chocolate cup, and then a sliver or two of the candied ginger.

Place the cups uncovered in the refrigerator to set. Remove when hard, and place in an airtight container, separating the layers with parchment paper.

I like these cups both cold and at room temperature.