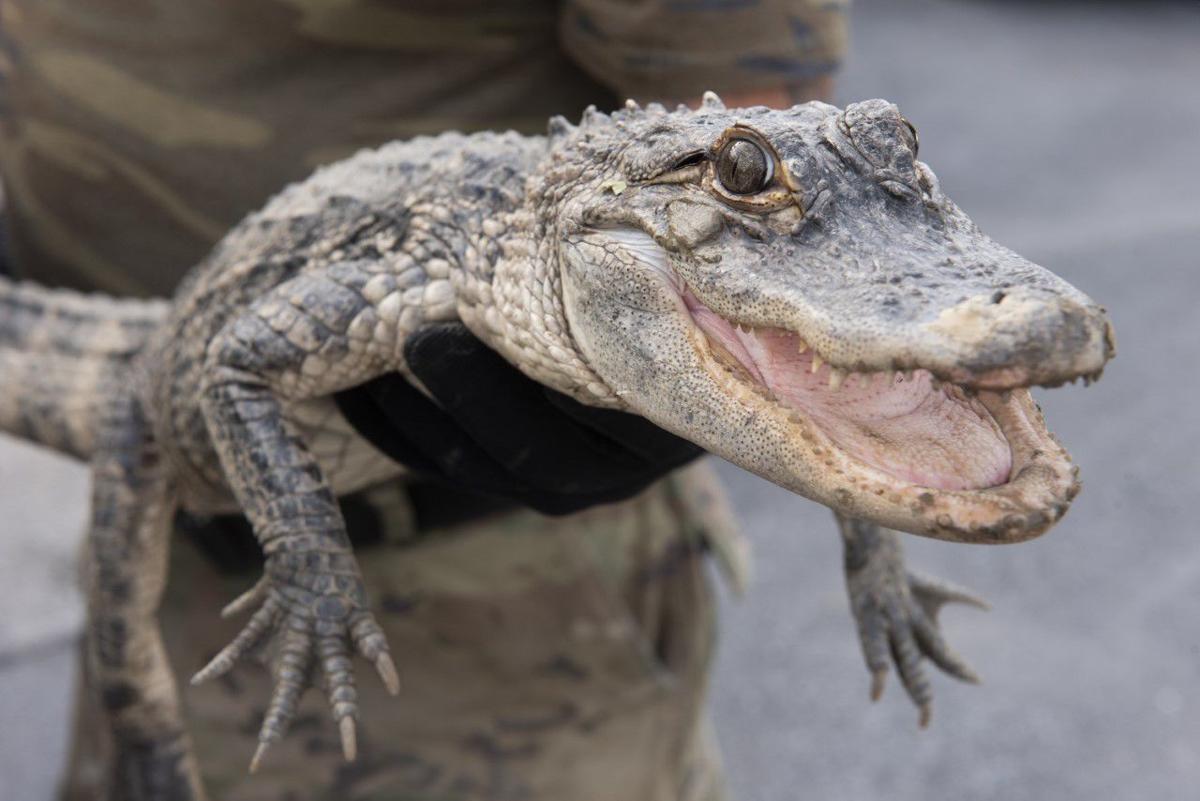 The juvenile alligator or caiman discovered in a pond near Adamstown was captured overnight Saturday and will be headed to the Catoctin Zoo. 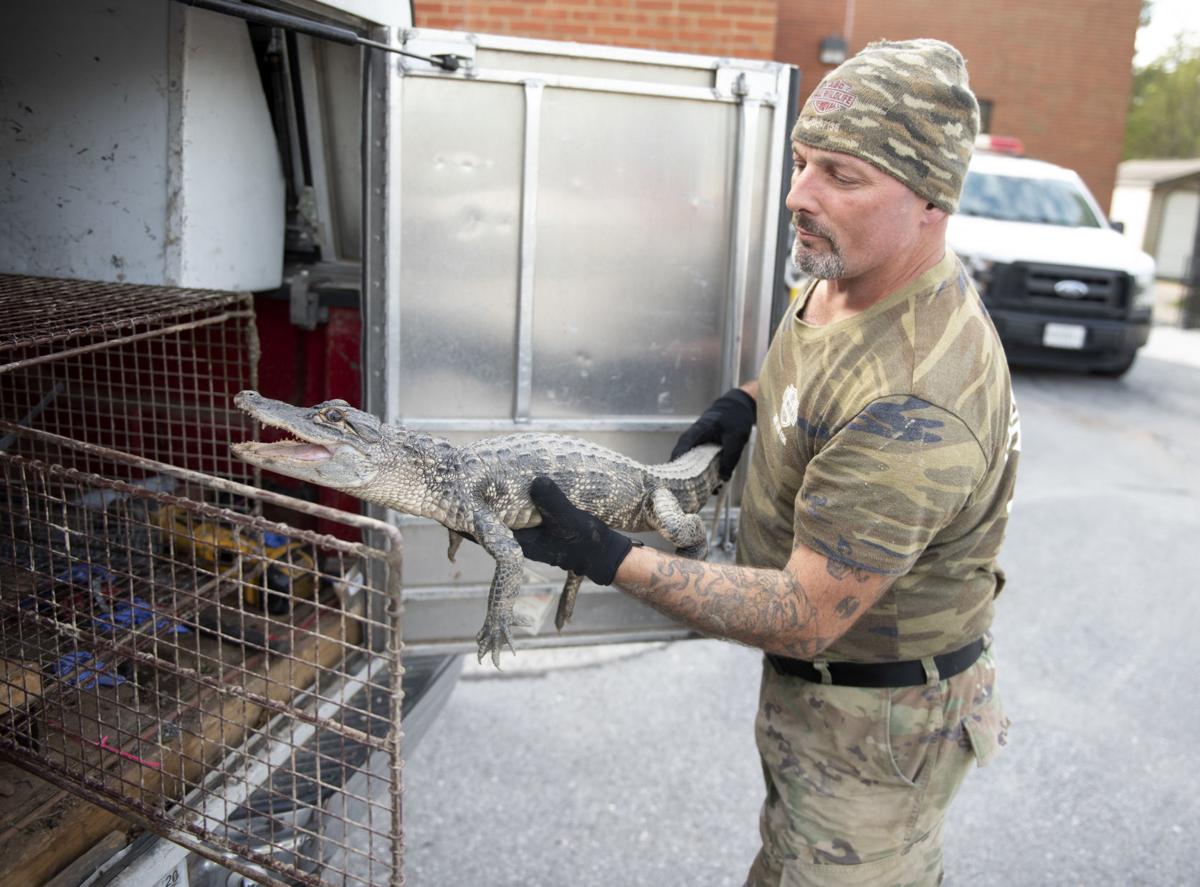 Tim Ryan, owner of ABC All Wildlife Removal, displays a male adolescent alligator he trapped Saturday on a private property south of Adamstown.

The juvenile alligator or caiman discovered in a pond near Adamstown was captured overnight Saturday and will be headed to the Catoctin Zoo.

Tim Ryan, owner of ABC All Wildlife Removal, displays a male adolescent alligator he trapped Saturday on a private property south of Adamstown.

A juvenile alligator or caiman that was discovered in a pond on private property south of Adamstown earlier this week was successfully captured by county animal control officers and a private wildlife removal service on Saturday.

While the cagey crocodilian had managed to avoid capture since it was first reported Wednesday afternoon in a small pond on Parks Mills Road, authorities managed to trap it after soliciting help from the ABC All Wildlife Removal service, a private company licensed by the Maryland Department of Natural Resources to handle such cases. The reptile, which measures about two and a half to three feet in length, was safe and unharmed and in the custody of Frederick County Animal Control as of Saturday morning, said Sgt. Dave Luckenbaugh, an animal control supervisor.

“We’re going to transport it to the Catoctin Zoo and Wildlife Preserve later on today, because they’re obviously a lot better equipped to take care of these kinds of animals,” Luckenbaugh said with a chuckle when reached for comment Saturday morning. “We’re more used to taking in stray dogs and cats and other, more domesticated animals.”

While Luckenbaugh said he believes the animal is a young American alligator, the critter will be examined closely once it arrives at the zoo in Thurmont to determine which subfamily of alligatoridae it falls into.

The sergeant was unable to clarify what kind of trap was used to capture the animal, but Tim Ryan, the owner of ABC All Wildlife Removal told The Frederick News-Post that the body of a dead groundhog was used to lure the elusive predator into a humane trap that was placed in the area of the pond overnight.

Luckenbaugh said the gator was doing well as of Saturday morning. Authorities had been concerned about the animal’s health due to the cold temperatures at night and the goal was always to capture the creature as quickly as possible while ensuring its safety.

Alligators and caimans are illegal to own without a special permit under Maryland’s exotic animals law, so animal control believes the reptile was an illegally-owned pet that was released into the wild. Luckenbaugh said it would be difficult to prove where the animal had come from and hard to nail down how long it had been on the loose before officers received a call from the property owner.

Possessing an animal that is prohibited under the state law is a misdemeanor crime subject to a fine of up to $1,000 for any individual convicted or $10,000 for a business or other group.

Luckenbaugh does not recall responding to any other alligator calls during his career in Frederick County, but animal control has taken in other exotic animals on their way to suitable facilities in the past, and this week’s catch was not the first exotic animal local authorities have had to wrangle.

“When the initial phone call came in, there’s always a little bit of skepticism, but when we arrived, it was very obvious that he was very much real and he definitely didn’t belong here,” Luckenbaugh said, laughing. “Our focus from there was to capture him as quickly as safety permitted.”

I’m glad to see they caught the beast alive instead of just shooting it.

Just can't seem to turn down any opportunity to make a fool of yourself, can you Sammypoo? [lol]

Wait... the alligator was captured... why are we saying "later" to it?

This is what happens when you drain the swamp in one place: the critters just move elsewhere!!