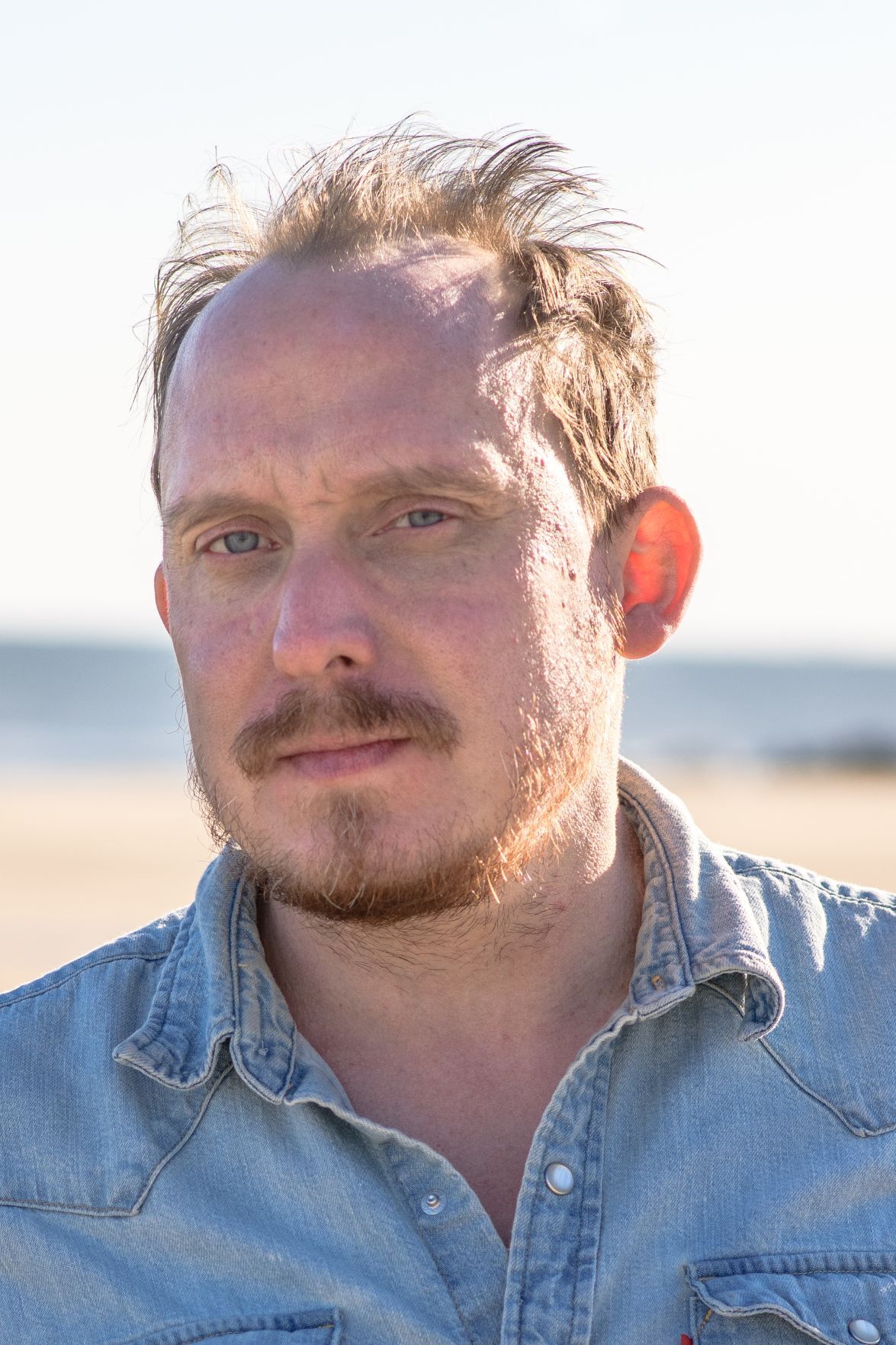 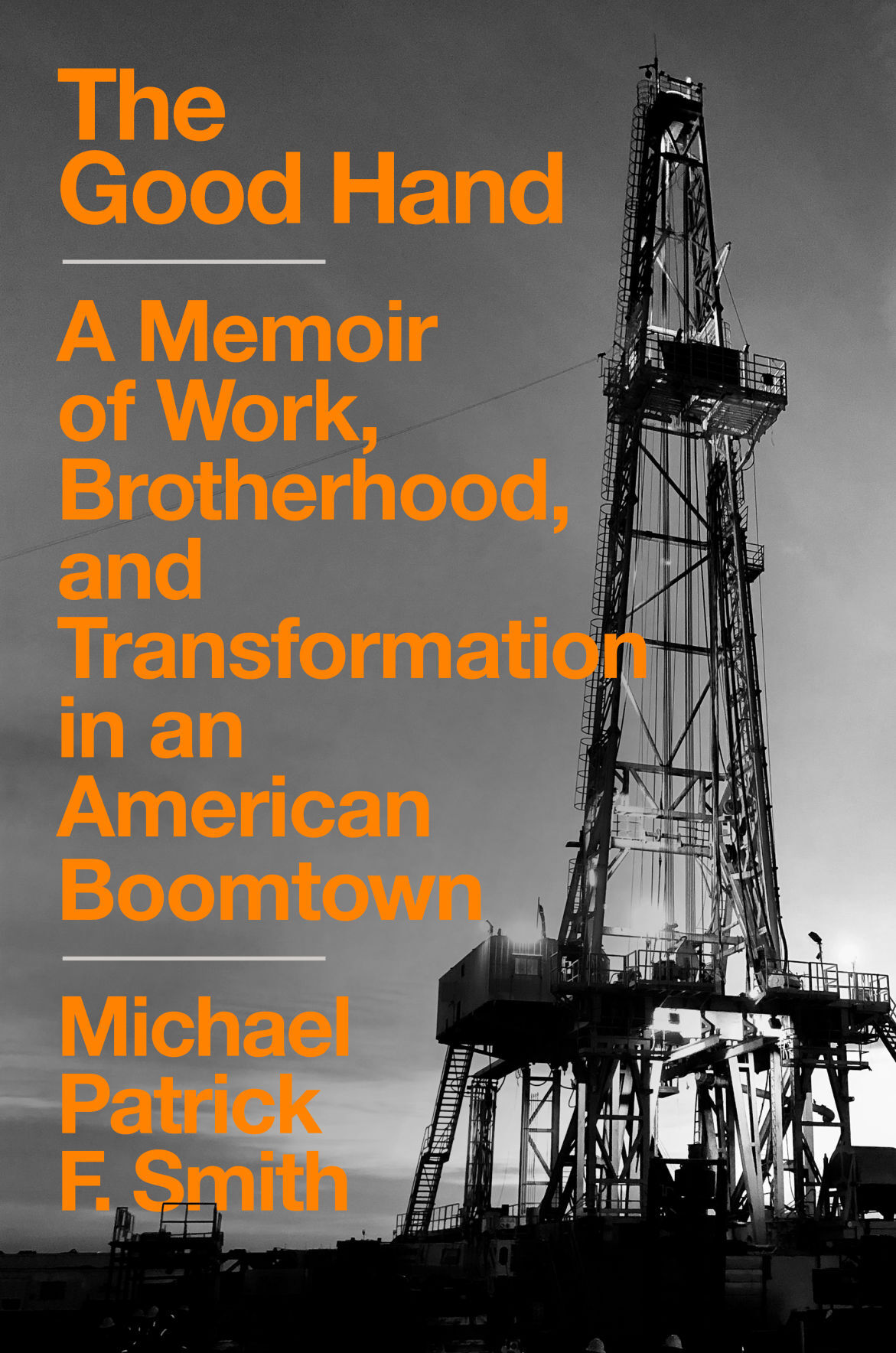 “THE GOOD HAND: A Memoir of Work, Brotherhood, and Transformation in an American Boomtown”

“THE GOOD HAND: A Memoir of Work, Brotherhood, and Transformation in an American Boomtown”

Michael Patrick F. Smith did not have an easy upbringing.

Growing up on a farm in Frederick, he struggled in his early years before moving to New York as a young man and settling into a comfortable life and routine. But, interestingly, he yearned for the struggle.

He wanted to work hard and contribute, and he wanted his life to have meaning. So, he took one of the hardest jobs he could find as an oil field worker in frigid North Dakota — and he wrote about it.

“THE GOOD HAND: A Memoir of Work, Brotherhood, and Transformation in an American Boomtown” is Smith’s 464-page account of his time working in the trenches. It’s available now for purchase at penguinrandomhouse.com/books/636171/the-good-hand-by-michael-patrick-f-smith/?pdivflag.

Today, Smith is a writer and musician living in Lexington, Kentucky, and he recently took some time to answer questions via email about the book.

According to the summary, this book tells the story of your life and experiences in a fracking boomtown in North Dakota, but you grew up in Frederick. How and why did you end up there?

Smith: I moved to New York to become an actor. I had some success, but I never really broke in. So, I was working an office job and acting on the side when I heard about the boom in North Dakota. I moved out there because I thought I could make a lot of money in a short period of time and kind of reset my life. In New York, I was the most comfortable I’d ever been — I had a good paying job, a cool apartment and lots of friends — but I’d grown up under tough circumstances, and when you are used to stress, it can be difficult to deal with ease. It sounds counterintuitive, but I left everything I knew behind and joined the oil boom as a wild attempt to ground myself. Also, having grown up on a farm in Frederick County, there was a part of me that was just sick of city living. I wanted to reconnect with country life.

What inspired you to turn these experiences into a memoir?

Smith: While I was working in the oil field, I sent emails back to my East Coast friends, and they responded as if I were sending dispatches from Mars. I realized that, as much as oil and gas are always in the political conversation, there was nothing out there that expressed the day-to-day lives of workers in the patch. The oil boom was getting a ton of coverage in major newspapers, but everything was written by reporters who plopped down for a week or two and then flew home. I felt like the people I was meeting deserved better. Their lives were richer and more complex than anything I was reading about. I wanted to do something for them and for myself, too. I’m not some Ivy League-educated journalist. When I talk about them, I’m talking about me. I was trying to make sense of my own life.

What kind of feedback have you received about the book thus far?

Smith: So far, it has been embarrassingly positive. I’m sure somebody will kick me in the shins soon enough, but I’m hoping that for the most part it stays good.

The summary says that the book includes excerpts about your “turbulent past.” What was it like revisiting those experiences?

Smith: I resisted writing about growing up, as well as some of the stupid decisions I made after leaving home, but I realized that if I was being honest about the lives of guys I met in the oil field, I owed it to them to be as unsparing about my own life. Otherwise, I wouldn’t be trustworthy. It was an ethical imperative, but it was difficult. And I give a lot of credit to my siblings. When I told them I wanted to write about growing up, they were all supportive, and their remembrances added to the book. It also brought me closer to them.

The summary also says that you set out to find the hardest work you could to see if you could do it. What made you set this goal and do you believe you accomplished it?

Smith: Yeah, I accomplished it. Oil field work is some of the hardest work on the planet. You can get killed out there. I worked 14-hour days of hard manual labor under a blazing summer sun all the way into the depths of a minus-38-degree snowstorm. It was so cold on some days that you could feel the liquid in your eyeballs start to freeze. Why’d I want to do it? If you watch TV, it looks like everybody wants to be on vacation all the time. We don’t. We want meaning in our lives. There is joy in suffering, in accomplishing a difficult task. There might be wisdom there, too.

What are the main takeaways you hope readers will get from this book?

Smith: I hope readers see themselves in it, and I hope they feel proud of themselves, proud of what they are capable of, proud of what their hands can do. I want readers to empathize with characters they don’t like, people they’d rather ignore, people who politically they might even hate. All good literature makes our hearts bigger.

Went to BN this morning and bought a copy. Impressive hardback, good publisher. I've sampled a few pages and it promises to be a very good read. The author speaks from hard experience and has the literary ability to take us there. Perfect weekend for a good book. Piedmont if you meet him for a beer take me along, that will be a great time. Smith is 100% genuine.

Sounds like a great book and I'd really like to buy the author a beer and talk to him.