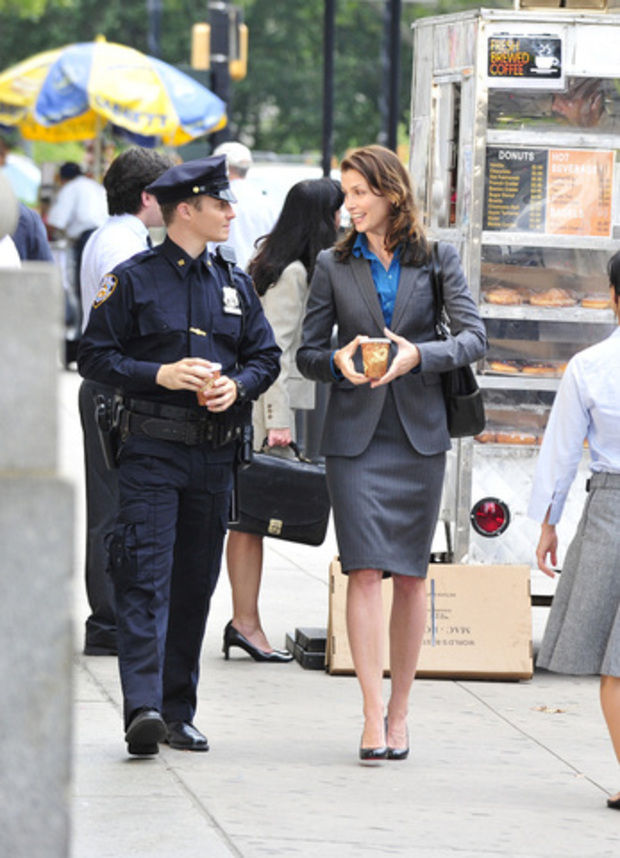 Sgt. Jamie Reagan (Will Estes) and Erin Reagan-Boyle (Bridget Moynahan) meet at the coffee cart, outside of police plaza, on "Blue Bloods," in the "Samaritan" episode from 2010. CBS Photo by John Paul Filo 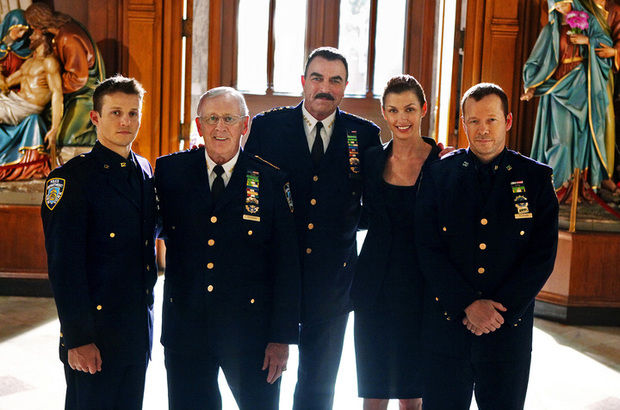 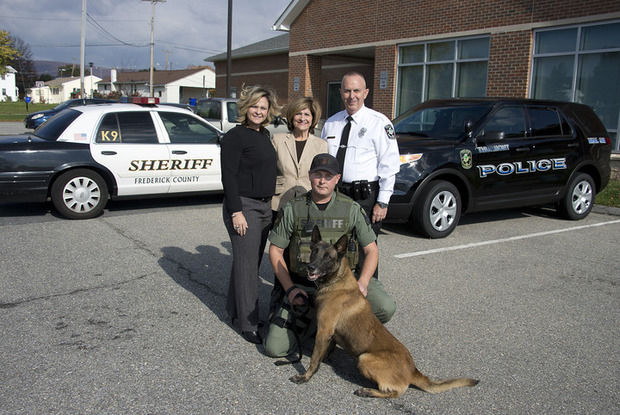 Sgt. Jamie Reagan (Will Estes) and Erin Reagan-Boyle (Bridget Moynahan) meet at the coffee cart, outside of police plaza, on "Blue Bloods," in the "Samaritan" episode from 2010. CBS Photo by John Paul Filo

In the CBS drama “Blue Bloods,” actors portray a fictional family made up of police officers and attorneys in New York, but a real life family in Frederick County can relate to the show’s premise.

Meaghan Delawter was raised around law enforcement and courtroom drama. Her father is Thurmont police Chief Greg Eyler, and her mother, Brenda Eyler, worked in Manny Weinberg’s law firm in downtown Frederick from 1978 to 2012. So when Meaghan’s older brother Jeffrey Eyler joined the Frederick County Sheriff’s Office in 2002, all eyes turned to Meaghan.

“She didn’t stand a chance,” said Brenda. “From the time she was big enough to move around and understand what was going on, she was in my law office.”

“I was the one who had to tie it all together,” she said. “Be a cop or be an attorney.”

All avid watchers of the “Blue Bloods” show, the family is also well aware of the tendency for relatives of those involved in law enforcement to join up themselves, especially sons who choose to follow their fathers into police work.

“I didn’t force him —,” Greg said of his son’s choice to join the sheriff’s office.

“— but I didn’t have much choice,” Jeff said, explaining that his admiration for what his father did inspired him to take up the badge. “When I was younger dad was getting called out out in the middle of the night, especially when he was lieutenant with the sheriff’s department ... I was constantly seeing those guys at the house with the cool gear and the cool looking uniforms, so I don’t really ever remember wanting to do anything else.

“... Besides, my modeling career wasn’t working out, so I had to find something to do,” Jeff added with a laugh.

Jeff joined the sheriff’s office in 2002, when Greg was still with the agency before he retired to become Thurmont police chief in 2005. After a few years on the force, Jeff qualified as a K-9 handler in 2007 and was promoted to corporal in 2012 with his current partner, a Belgian Malinois named Olik.

Perhaps not surprisingly, Meaghan and Jeff find it helpful to have parents who are familiar with what they do.

“It helps that I don’t have to sugarcoat things with him,” Jeff said of his frequent talks with his father. “He gets it, like I’m sitting in a patrol room talking to a bunch of cops. It’s easy for me to call him and talk like I was talking to one of the guys, because he is one of the guys.”

Meaghan and Jeff are also quick to exchange stories from their own experiences in different aspects of law.

“Having Jeff involved in it helps because he understands the court process, and he’s the only one in the family who still goes to court on a regular basis,” Meaghan said. “And if you watch the ‘Blue Bloods,’ the show, they all have dinner on Sundays. That’s our dinner, that is exactly us, the conversations that they have and the things they talk about; it’s real.”

While Meaghan and Jeff’s fictional counterparts on the show — the brother is an NYPD officer with a sister who is an attorney in the prosecutor’s office — do occasionally work the same cases, so far Meaghan and Jeff have never had to meet each other in court.

“Hopefully we don’t,” she said, turning to her brother. “I wouldn’t be able to control you on the witness stand.”

Fortunately for Meaghan, her primary focus is in family law, which does not as often overlap with Jeff and Olik’s focus of finding drugs and busting bad guys.

“Meaghan helps people in a totally different way,” Brenda said of her daughter. “She helps families that are broken and she’s trying to help them put their lives back together in whatever fashion they can … It brings me a lot of pride and pleasure seeing all three of them doing so much for other people.”

Greg agreed, adding that, while his children were always free to pursue any career they wanted, he is glad they decided to carry on the family tradition he and Brenda unknowingly started in the late ’70s. A life in service of the law can be hard to endure for those who don’t understand the pressures of the job, so he’s glad his children are able to be there for one another.

“Brenda and I are both very proud of our kids, I mean, we both did what we could bringing them up, but basically they were on their own,” the chief said.