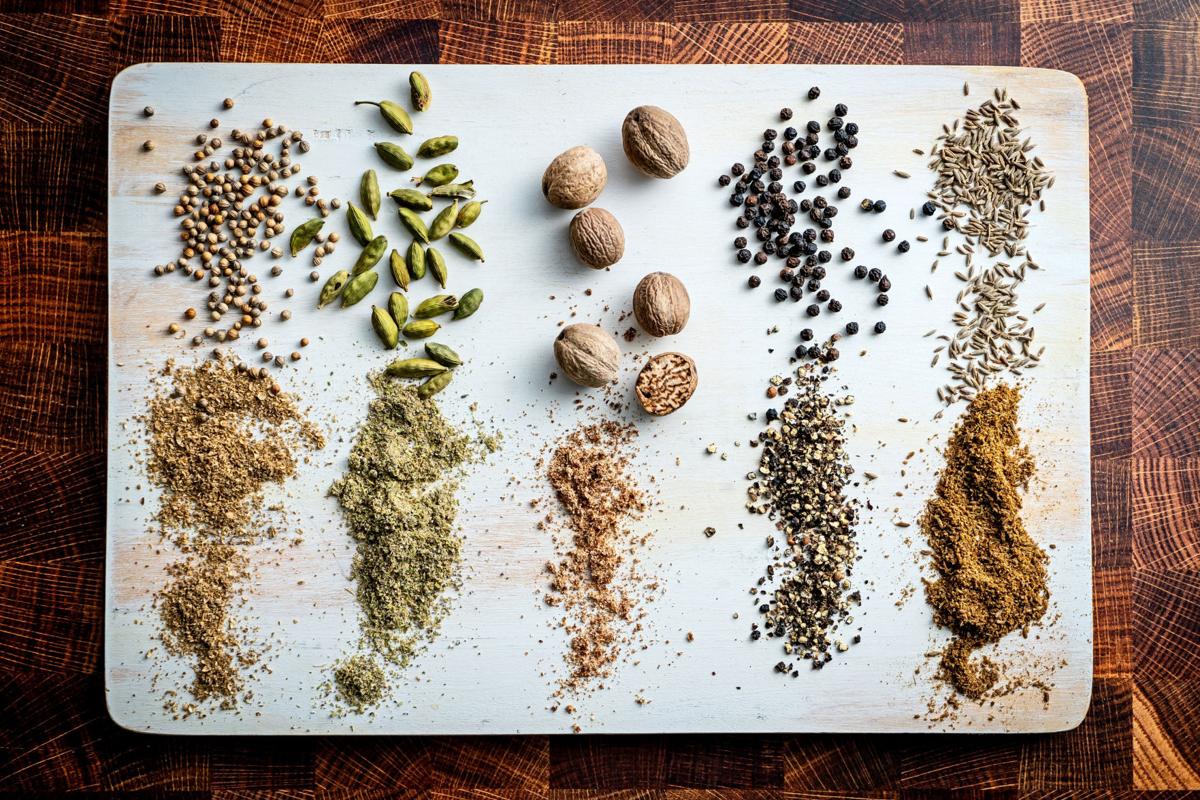 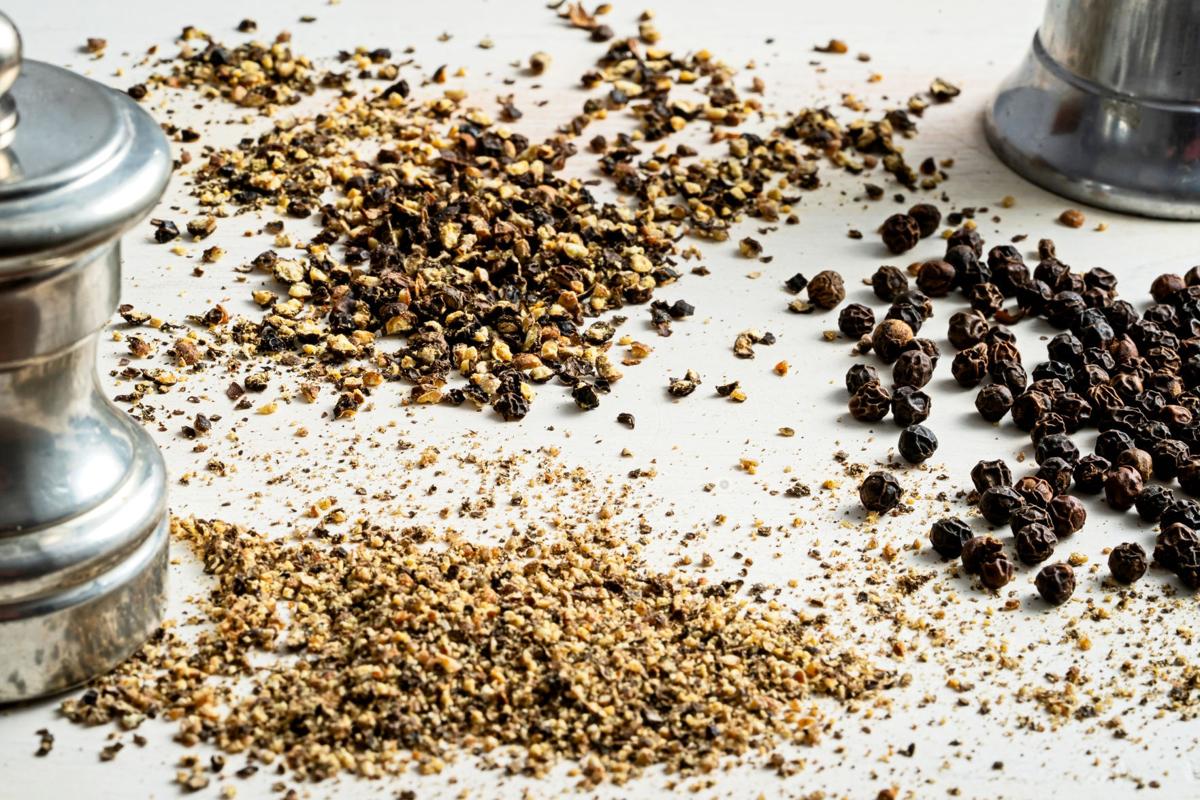 When starting with whole peppercorns, you can choose the coarseness, which can mean texture and pops of flavor, a more dispersed seasoning that fades into the dish or something in between.

When starting with whole peppercorns, you can choose the coarseness, which can mean texture and pops of flavor, a more dispersed seasoning that fades into the dish or something in between.

When it comes to packing our breakfasts, lunches and dinners with flavor and excitement, the ease of using pre-ground spices is hard to beat. However, given the time it took for that jar to hit the grocery store shelf — and how long it has been hanging out in your pantry — the flavor and potency can be mighty muted.

We deserve better, and grinding whole spices ourselves can transform dishes from a meal into a masterpiece.

Spices get their flavor from the oils they contain, and those oils remain intact when the spices are whole. Once ground, they start to lose that oil to the air, and the longer they sit, the more flavor is lost. That’s why it’s recommended to replace ground spices every six months or so. Most of us, however, keep them for a lot longer, and there’s the problem.

Whole spices, on the other hand, can maintain their potency for years, and grinding them fresh in an electric grinder, mortar and pestle or spice mill lets them deliver their maximum flavor.

Making the leap to grinding your own spices can be intimidating, and there are some, such as cinnamon because it is too fibrous, that I actually wouldn’t recommend grinding yourself. So, here are five frequently used spices that are most worth the effort.

Peppercorns. Given that pepper goes into almost every savory recipe, it’s a no-brainer that it’s included in this list. “Consider the difference between freshly cracked pepper and the flavorless, dried-up stuff you’ll find in a shaker at a diner,” Allison Robicelli wrote for Extra Crispy. “The former provides a sharp, intense bite with a bit of background heat, and the second is like sprinkling cigarette ashes all over your food.” On top of that, you also can choose the coarseness, which can mean texture and pops of flavor, a more dispersed seasoning that fades into the dish or something in between.

Nutmeg. A little bit of nutmeg goes a long way in baked goods, pots of dark, leafy greens and bechamel sauces. With most recipes calling for less than 1 teaspoon — and sometimes just a pinch — of the ingredient, it could conceivably take years to get through a jar of the pre-ground stuff. By that point, the spice will have lost most of its flavor. On the other hand, I’ve had a jar of whole nutmeg in my pantry for years that I grate fresh whenever I’m in need. There are graters sold specifically for nutmeg that you can use, but I’ve found that my Microplane works just fine.

Cumin. Deemed “one of the most important spices of all” by John O’Connell in “The Book of Spice,” cumin is used in cuisines all around the globe. I find the warm, earthy flavor to be absolutely intoxicating and want to experience it as much as I can, which is why grinding whole cumin seeds when in need of a finer version of the spice makes such a difference. For even more flavor, O’Connell recommends toasting the seeds first to bring out their nuttier overtones.

Coriander. Coriander seeds have a much more mellow flavor than the fresh leaves of the plant, a.k.a. cilantro. “It’s generally used in combination with other spices, as a component of a pickling or sausage mix, in gin and other alcohols, or as half of the coriander-cumin backbone of many Indian dishes,” Harold McGee wrote in “On Food and Cooking.”

Cardamom. If cardamom isn’t on your list of frequently used spices, it should be. Depending on whom you ask, and whether you’re talking about black or green cardamom, its flavor is a complex mix of citrus, flowers, herbs and spice. “Cardamom commonly appears in South Asian, Middle Eastern and North African dishes, as well as in sweet Scandinavian treats,” my colleague Kari Sonde wrote. I particularly love the ground version in baked goods in combination with or in lieu of cinnamon, and the whole pods can be used to add flavor to pots of basmati rice, curries and hot beverages.