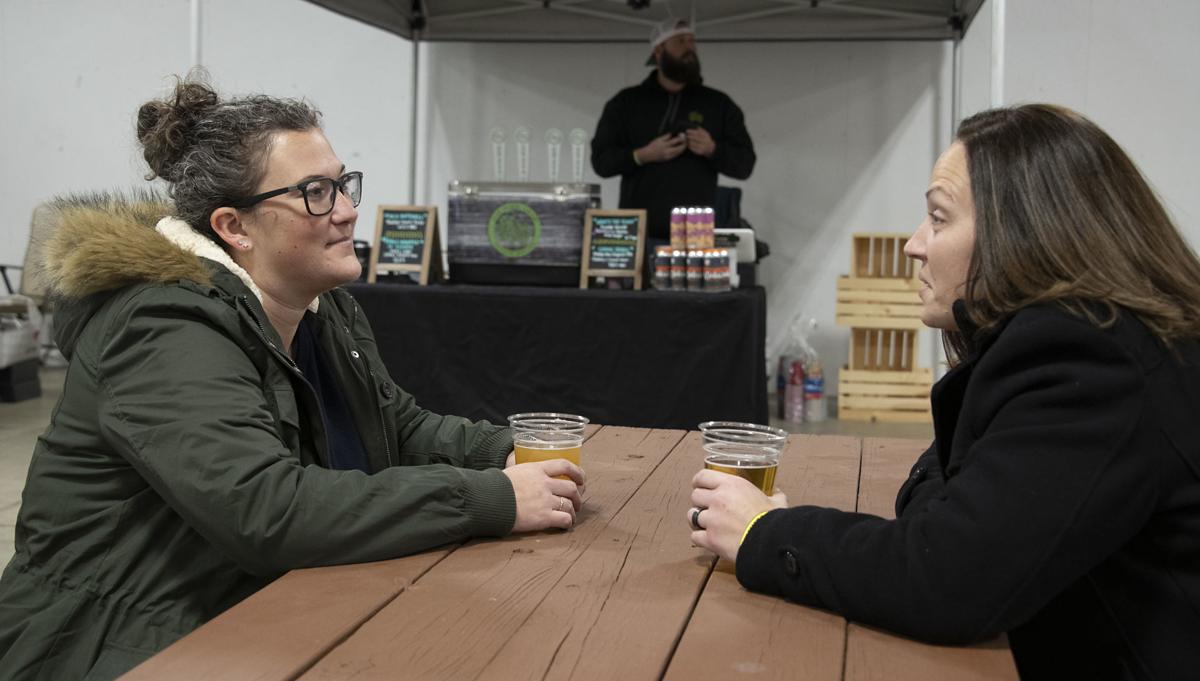 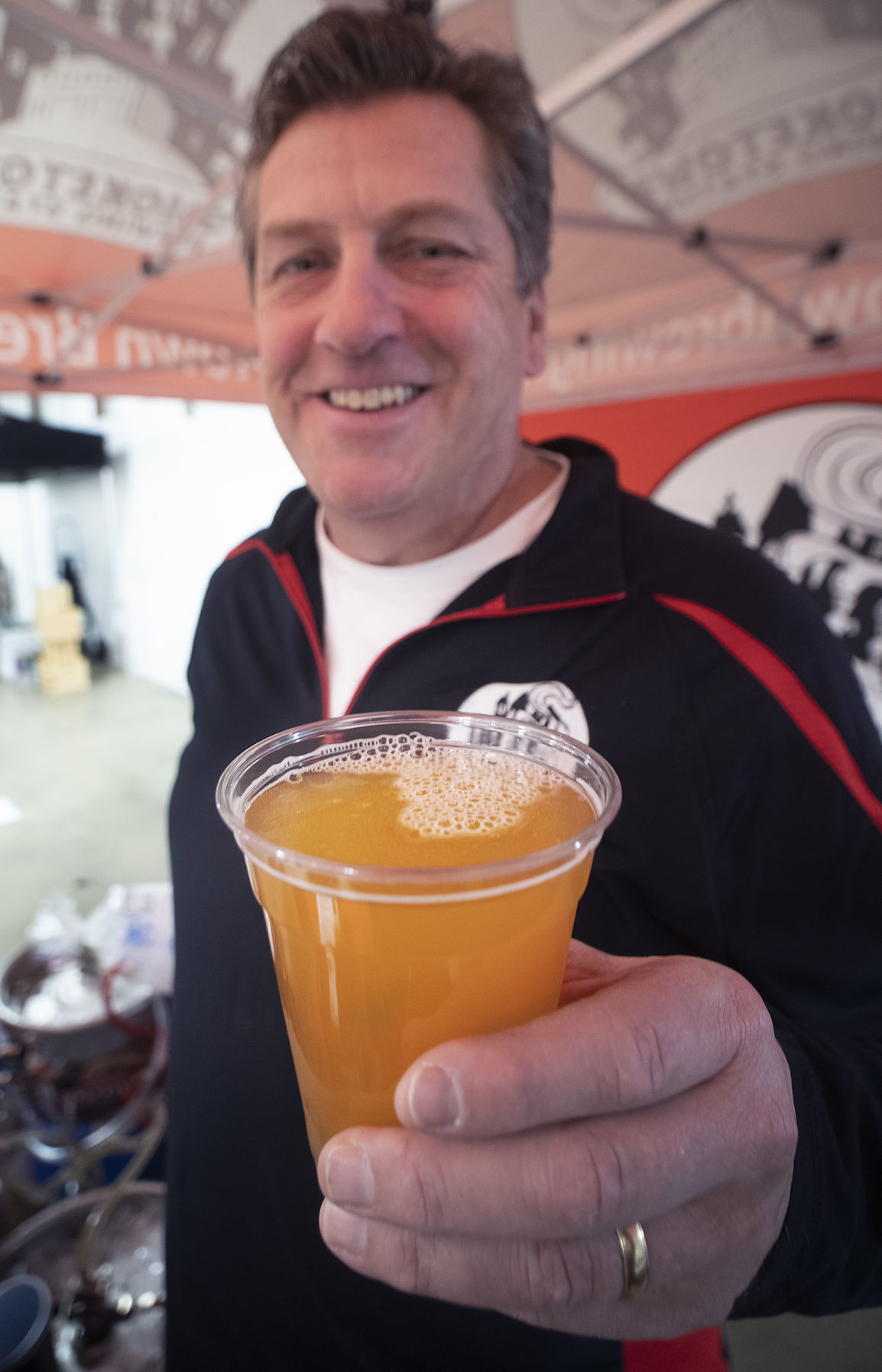 While the Breakfast Festival of Maryland left something to be desired for many attendees, the first Hyperlocal BrewFest was hustling and bustling next door at building #11 of the Frederick County Fairgrounds.

Several attendees brought their families. Children played tag in the open space of the building while adults sat at the picnic tables in the middle of the room, trying different beers.

Entry to the event was $5. Attendees could then purchase beers from the participating breweries, who each brought a few of their beers.

The low cost of entry was a big draw for Ryan Humphrey. He said that most craft beer festivals are much more expesnive, locking attendees into buying drink tickets and then having to drink 10 beers to get their money’s worth.

Five dollars to enter and drink a couple of beers from breweries he hadn’t tried before – like Rockwell – seemed like a good deal.

Robby Koons, the sales manager at Monocacy Brewing, was manning their booth. He said the event was going “really well,” with lots of attendees filling the space just a half hour after it began.

He brought three beers with him, including Ghost of the Ice Cream Man, a vanilla milk stout that recently came back on tap. The name is fitting, considering the brewery is located in a former ice cream factory.

Koons also brought Riot Rye, a rye pale ale and Brewtus, a coffee stout. He decided to bring beers that people might like more for the cold weather, in addition to what he “knew would sell.”

David Blockmon, owner of Smoketown Brewing Station, made sure to bring his two best-selling beers, the Potomac IPA and the Patsy New England IPA.

Patsy is named after Patsy Cline, who performed at the old firehouse, where the Brunswick location is, numerous times. Blockmon said that they try to incorporate different names and styles from around the county into the beer names, hence the Potomac IPA.

Virginia and Tory Fisher came to the event, like many, because of their love of craft beer. It was particularly appealing to have so many Frederick breweries in one spot.

"The low cost of entry was a big draw.....most craft beer festivals are much more expesnive, locking attendees into buying drink tickets and then having to drink 10 beers to get their money’s worth." Hahahaha! Welcome to the world of ripoff capitalism. The "craft" beer you get is just overhyped overpriced Miller High Life. No craft goes in it at all. And they all taste the same after the first. But no one forces you to drink 10. I guarantee after the third I could fill you glass with a Pabst and you wouldn't know the difference, especially if the light was dim.