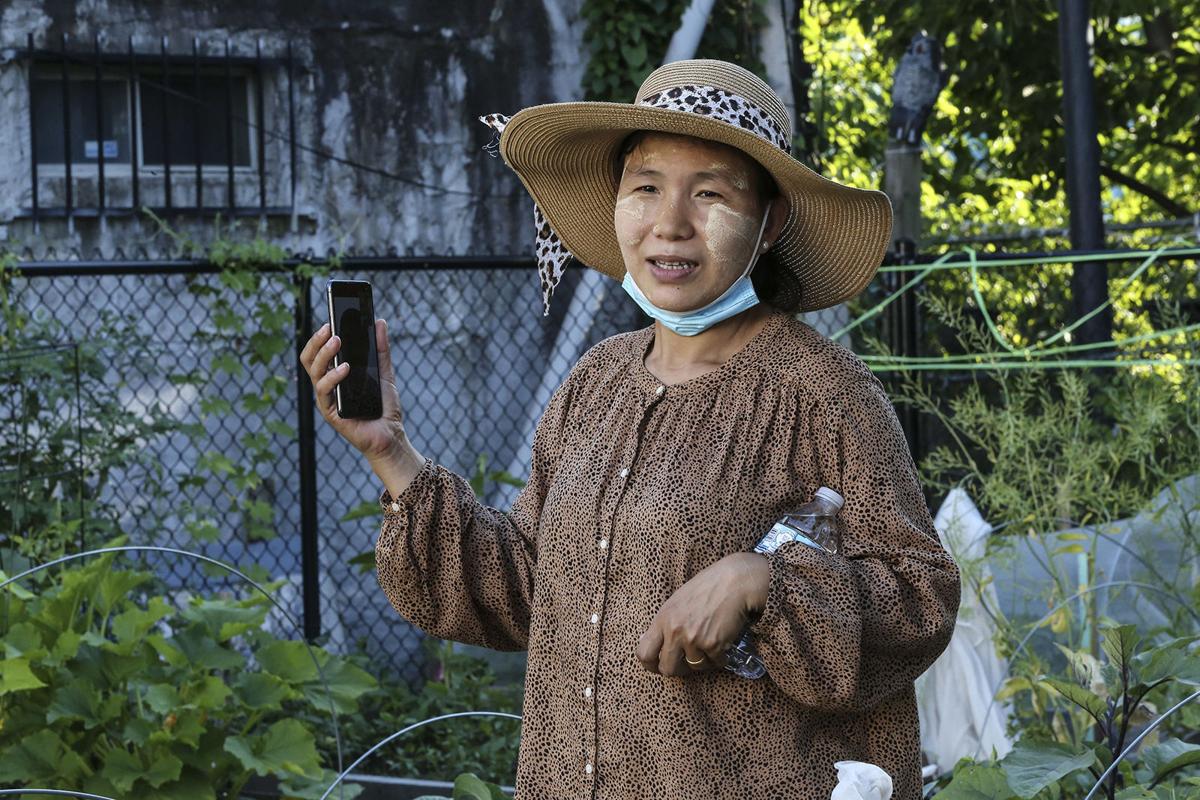 Chin Chin looks over the South Philadelphia garden where she grows vegetables on the productive patch of land called Growing Home Gardens. 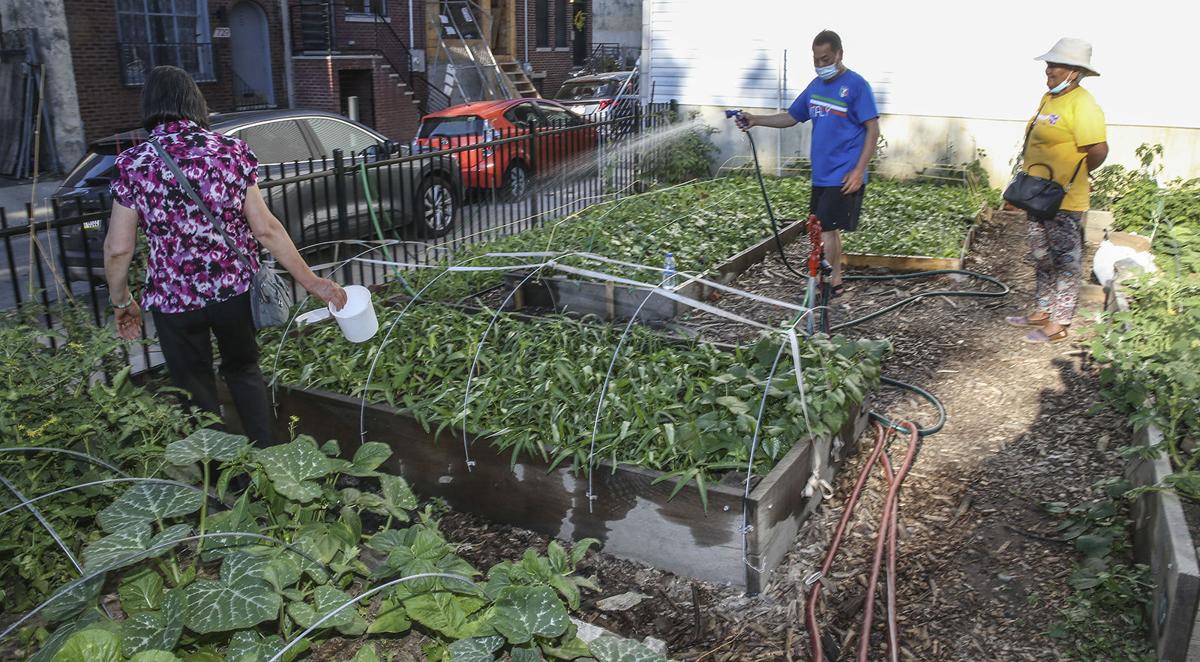 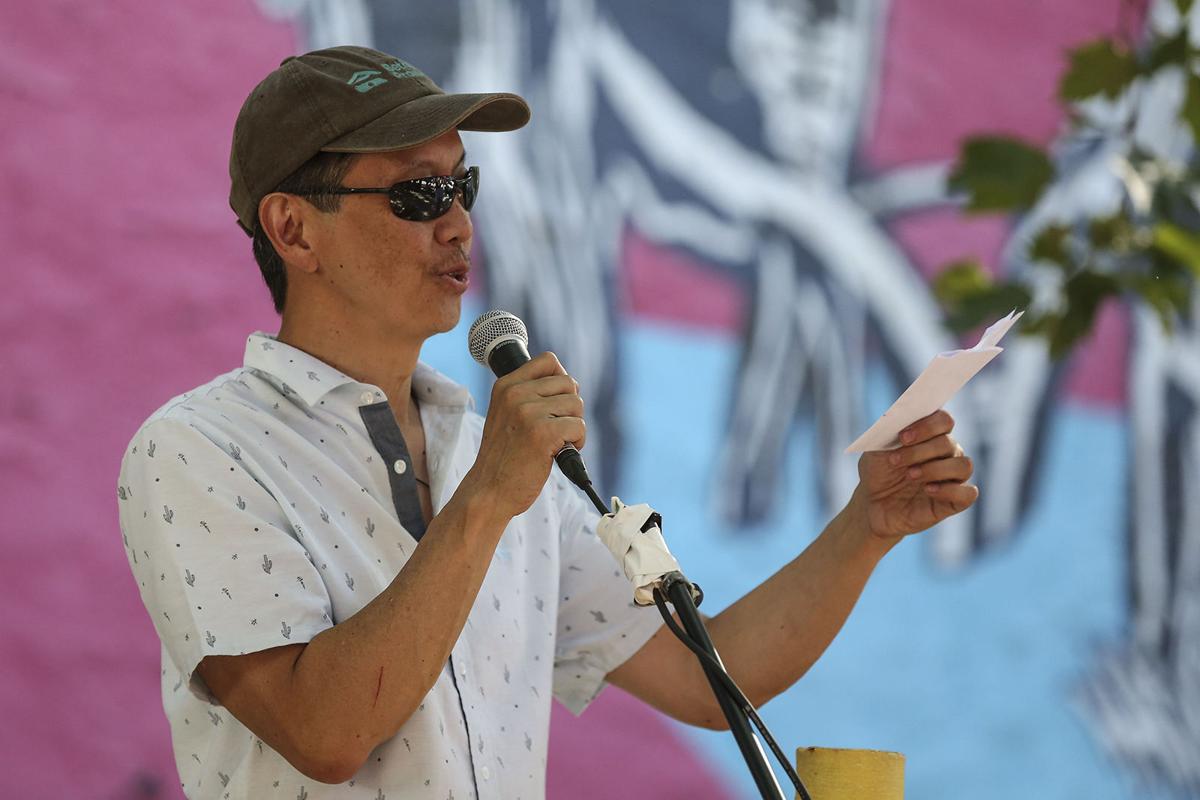 Chin Chin looks over the South Philadelphia garden where she grows vegetables on the productive patch of land called Growing Home Gardens.

The joy of the plants that sprout from a patch of South Philadelphia earth is not merely that they remind people of home — they taste like home, too.

Many people don’t know the garden is there, in three parcels tucked in and around Eighth and Emily Streets, a short walk off busy Snyder Avenue. Nor do they know all the place means to the gardeners, many of them refugees who were persecuted in Asian homelands.

“This means a lot for our community,” said ZarZo Lian, 40, who belongs to the Chin people, among the most mistreated in Myanmar, formerly called Burma, and who came to this country 20 years ago. “The work brought us together. … Families share to another family.”

Recently, in baking heat, Lian and two dozen gardeners, nonprofit leaders and government officials gathered under a tomato-red awning to cheer the summer bounty and to celebrate, cutting a ribbon to formally mark the completion of $100,000 in improvements to Growing Home Gardens.

Like those who labor there, the garden has seen dramatic change — started a decade ago, handed off between organizations, threatened by development, rebuilt and reorganized and evolved into what it is now: a means to improve the diets of refugees by providing nutritious, familiar produce, and to offer a place for neighbors to casually meet and make friends.

Many gardeners came here from homelands where they ranked among the most persecuted ethnic groups.

In Myanmar, for instance, most people farm, and having land means feeding one’s family. But government soldiers have forced out Karen people, burning villages and killing or torturing civilians, and today an estimated 100,000 live in refugee camps in Thailand.

Chin people have faced much the same, while in Bhutan, ethnic Nepalis have been stripped of their citizenship and expelled.

“Even though we are refugees and a small group, we’re so proud, like a part of the city,” said Naw Doh, a member of the Karen people. “A garden makes many foods to remember your home.”

The neighborhood is home to people from Nepal, China, and elsewhere, but they don’t want the garden to be seen as only for immigrants, calling on neighbors — Black, white, and Latino — to sink a shovel into the ground.

The plants include the white garden egg type of eggplant, Thai chili peppers, China bitter melon, and Ho Chi Minh hot pepper, along with Thai basil and the long beans needed to make Ta K’Paw, a Karen dish that has historically kept people from starving in hard times.

Today, two main sections have been cleaned and graded. Workers built about 100 new beds, brought in tons of clean soil and wood chips, and added fencing, seating, storage, and water lines. The plans for permanent improvements became possible only after City Councilmember Mark Squilla and others helped secure title to the property.

The grounds are protected and preserved by Neighborhood Gardens Trust and the Philadelphia Parks & Recreation Department and assisted by partners and funders including the state of Pennsylvania, the Horticultural Society, and the McLean Contributionship.

“The gardeners don’t have to worry the land is going to disappear in five years,” said Joel Arnold, community planning coordinator for the Southeast Asian Mutual Assistance Association Coalition, or SEAMAAC, a Philadelphia advocacy organization that’s worked for the improvements.

Newly constructed housing surrounds the garden, where each gardener pays $25 a year for a 4-by-8-foot plot. Buddhist prayer flags hang on a fence, their faded, purposeful decay offering a message of impermanence to all things. On a busy day, six different languages may be spoken at the garden.

“I like familiar food. And sharing,” said Mu Nae, 52, a gardener who came to the United States from Myanmar about 20 years ago. “It feels like home.”