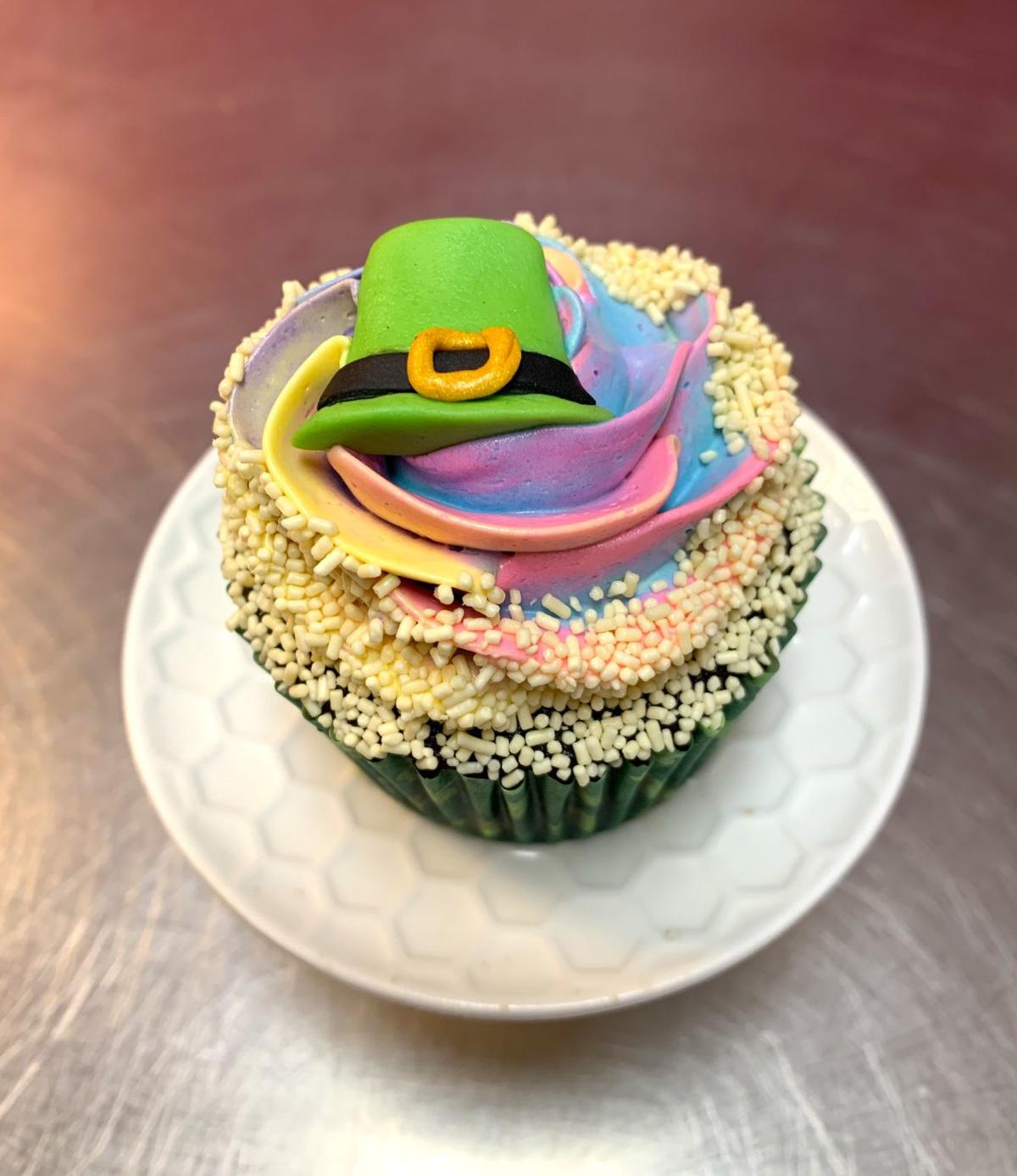 This cupcake features chocolate and Irish whiskey ganache and Irish Creme buttercream icing. This one features a Leprechaun hat. 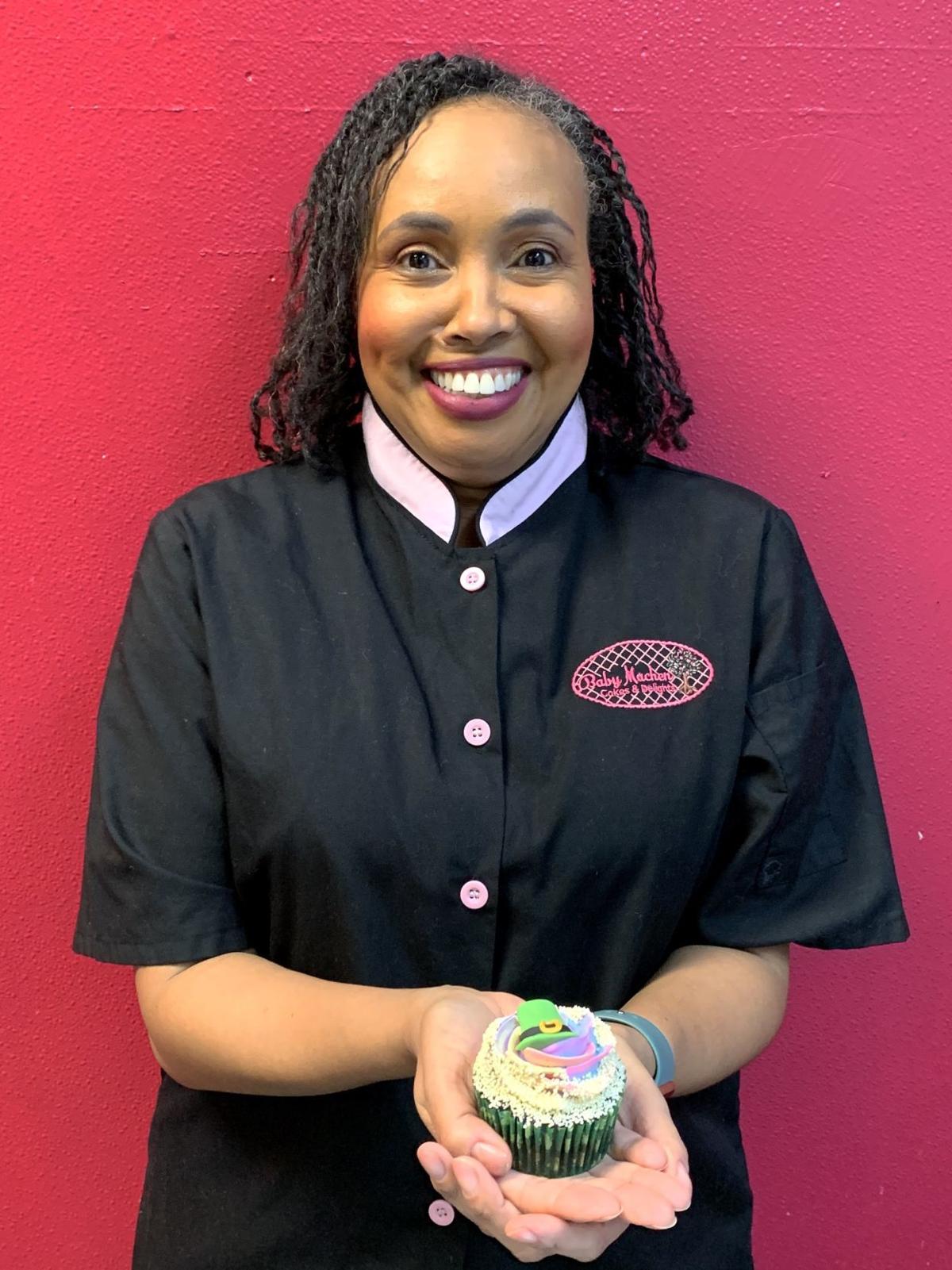 Denise Anthony, owner of Baby Machen Cakes & Delights, shows off one of the St. Patrick’s Day cupcakes she’ll be selling at a pop-up shop at Maryland Bakes. 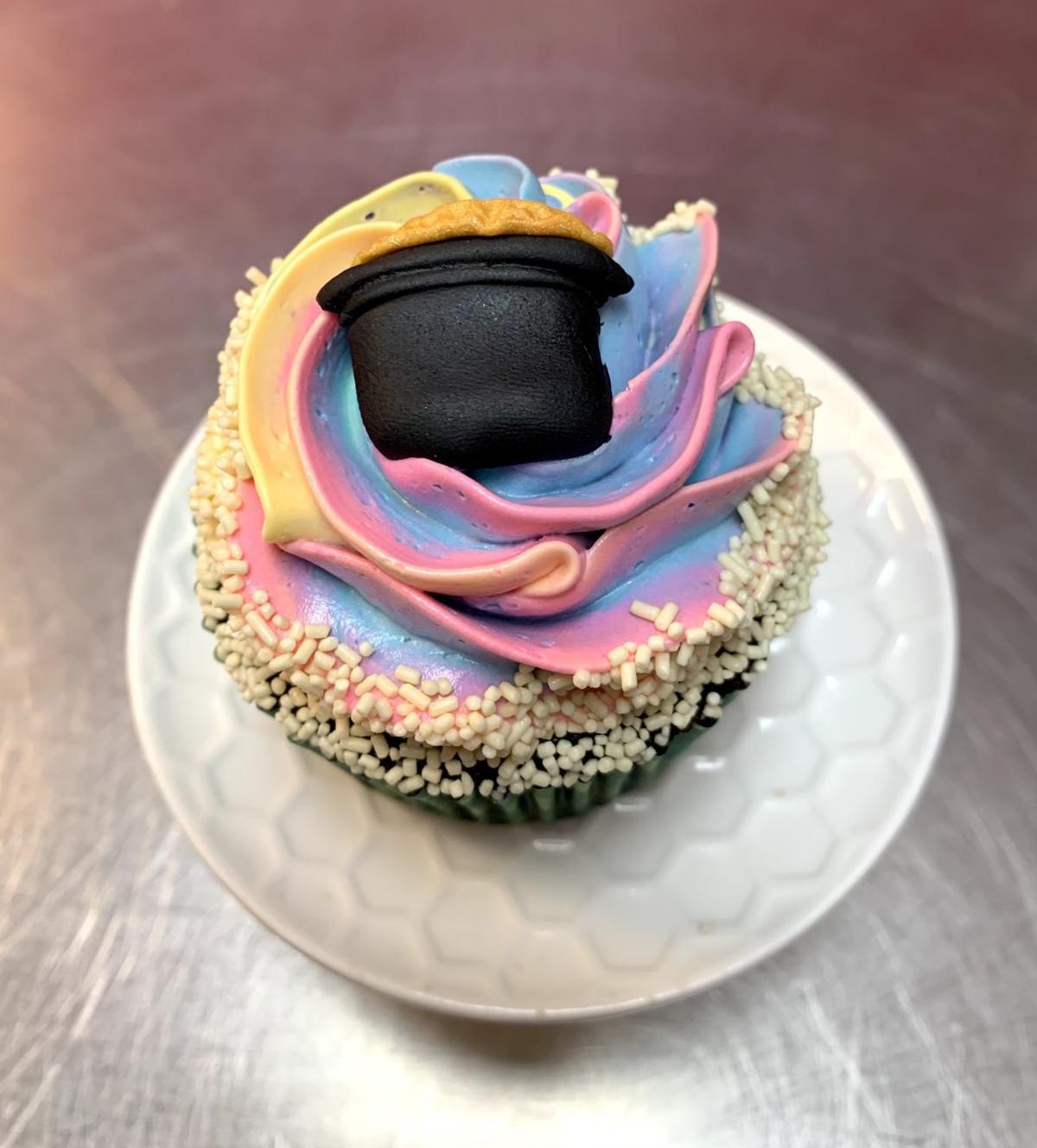 This cupcake features chocolate and Irish whiskey ganache and Irish Creme buttercream icing. This one features a Leprechaun hat.

Denise Anthony, owner of Baby Machen Cakes & Delights, shows off one of the St. Patrick’s Day cupcakes she’ll be selling at a pop-up shop at Maryland Bakes.

Denise Anthony has been baking since she was a little girl.

And now, the 49-year-old Urbana resident has taken that experience and opened Baby Machen Cakes & Delights, which will host a pop-up shop at Maryland Bakes in Frederick this St. Patrick’s Day.

“The reason my company is called Baby Machen Cakes is because I’m the youngest of 16,” she said, noting that Machen is her maiden name.

Anthony grew up in East Tennessee and learned how to bake at her mother’s side. That early love of baking has spurred into a career spanning 20 years.

Her pop-up will feature cupcakes decorated with mini Leprechaun hats and pots of gold. The cake is a chocolate stout cupcake, featuring Grinder Espresso Stout from Red Shedman Farm Brewery at Linganore Winecellers in Mount Airy. The cupcake also features chocolate and Irish whiskey ganache and Irish Creme buttercream icing. “I usually just would make it for my family every year and I’m like, well, now I have a business. Why not turn that into a pop-up?,” she said.

Rising upAlthough Anthony’s cakes and cupcakes are highly stylized now, she said at one time she would have called herself more of a crafter than a decorator.

That was until she met her now husband, Arthur. One day, she baked a cake and offered him a piece.

“And he just looked at it like it was a mud pie or something. I was like ‘OK.’ Needless to say, I married him anyway,” she said jokingly.

After a couple more comments that the cake tasted good, but it wasn’t that cute, Anthony took the hint. So she decided to teach herself how to decorate cakes and took some cake-decorating classes.

“Then I started teaching those classes and it slowly blossomed into a business,” she said.

Icing on the cakeBut first, though, Anthony spent years honing her skills as a cake decorator and baker working at Fancy Cakes by Leslie in Bethesda.

It was with the company’s owner, Leslie Poyourow, that Anthony got the chance to appear on TLC’s “Ultimate Cake Off,” and made appearances on both the “Today” show and the Food Network’s “Ace of Cakes.”

Anthony said she would also bake and decorate cakes for family and friends for free. But as the demand increased, people suggested she should start selling the cakes.

Although friends and family said she should open a store, Anthony said she wanted something more cost-effective than having a brick-and-mortar location.

Chef Chris Spear, of Perfect Little Bites in Frederick, recommended that Anthony check out Maryland Bakes, a co-op kitchen in Frederick. There, she could rent out kitchen space without having the overhead of a business. In 2019, Anthony officially opened Baby Machen Cakes & Delights.

Anthony said her specialty is blue velvet cake, which is similar to red velvet. Blue velvet, she said, is “a buttermilk based cake, just like red velvet, but it’s blue.”

“There’s something decadent about a blue velvet cake,” she said.

She also makes sure her cakes and cupcakes are highly decorated.

“All of my cakes are as good as they look,” she said.

Anthony said she still has dreams of one day opening up her own bakery. In the meantime, she said she appreciates that Maryland Bakes exists and she’s able to share kitchen space. And as she continues to build her business, she’ll relish in her customers’ appreciation of her products.

“I want them to enjoy them,” she said of the cakes. “I want it to make their party and someone say, ‘Oh my gosh, who did that cake?’”

14. Learn about German heritage at Oktoberfest