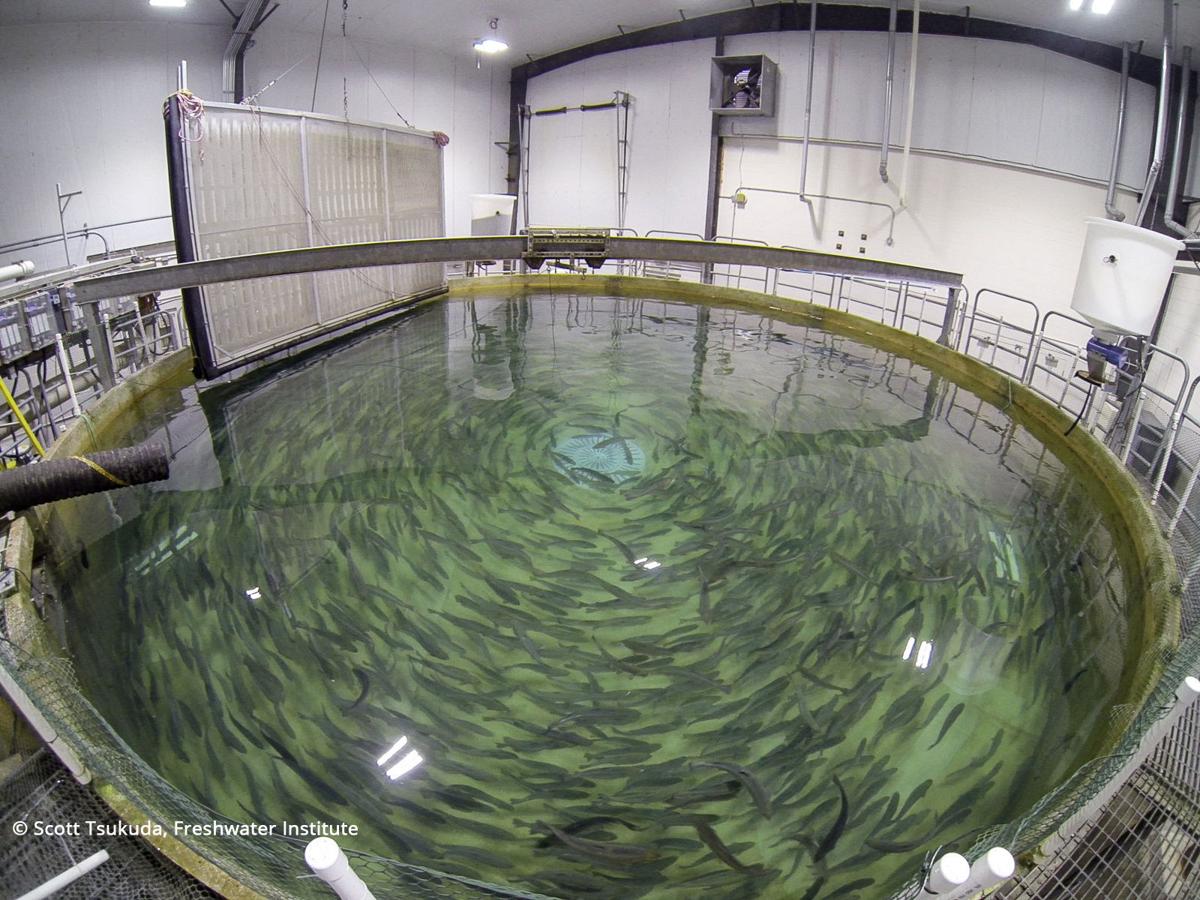 The structure where Freshwater Institute raises salmon with a conservation-minded approach. 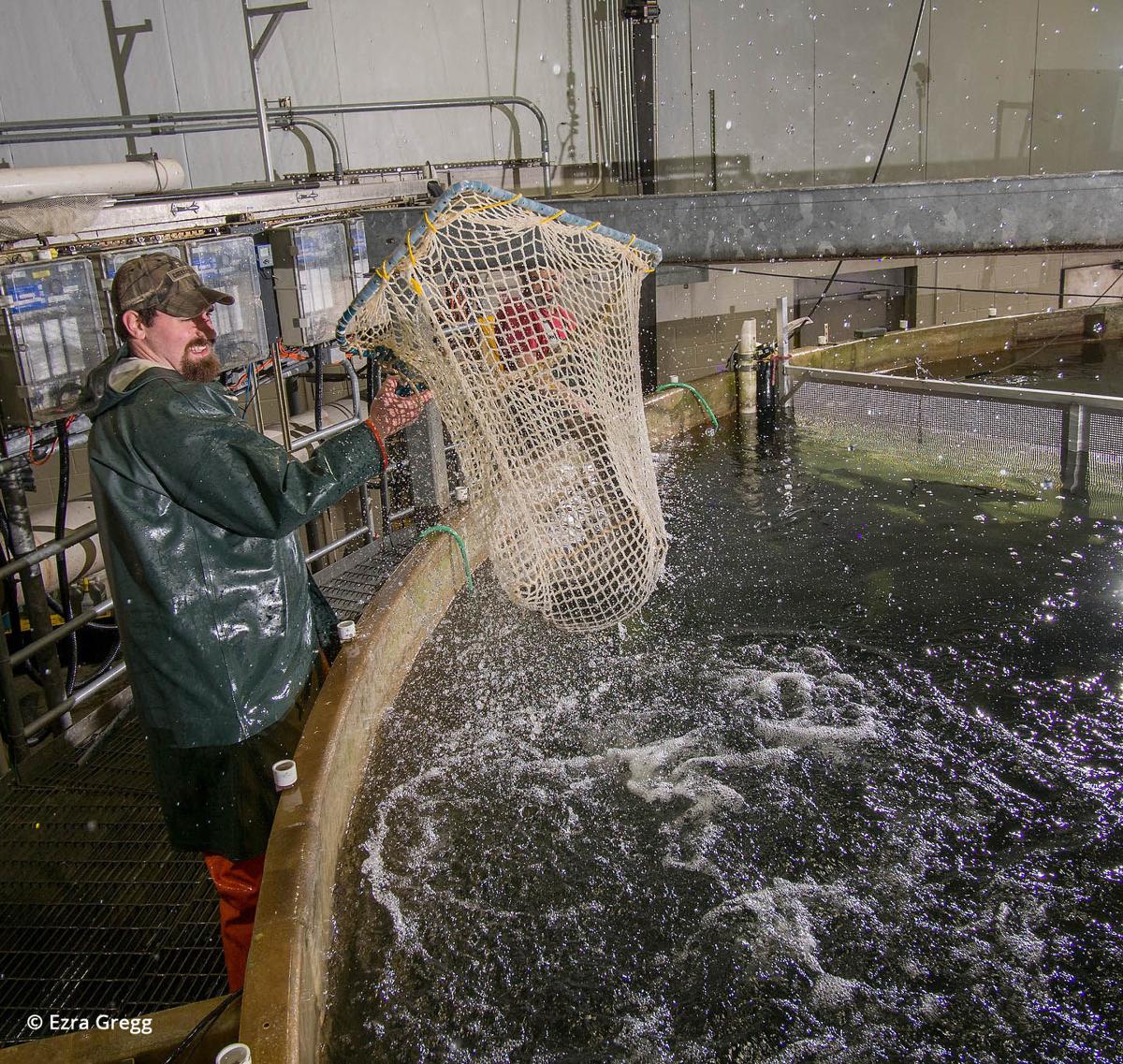 An employee works in Freshwater Institute’s salmon program. The nonprofit is raising sustainably farmed salmon to be sold at area Wegmans. 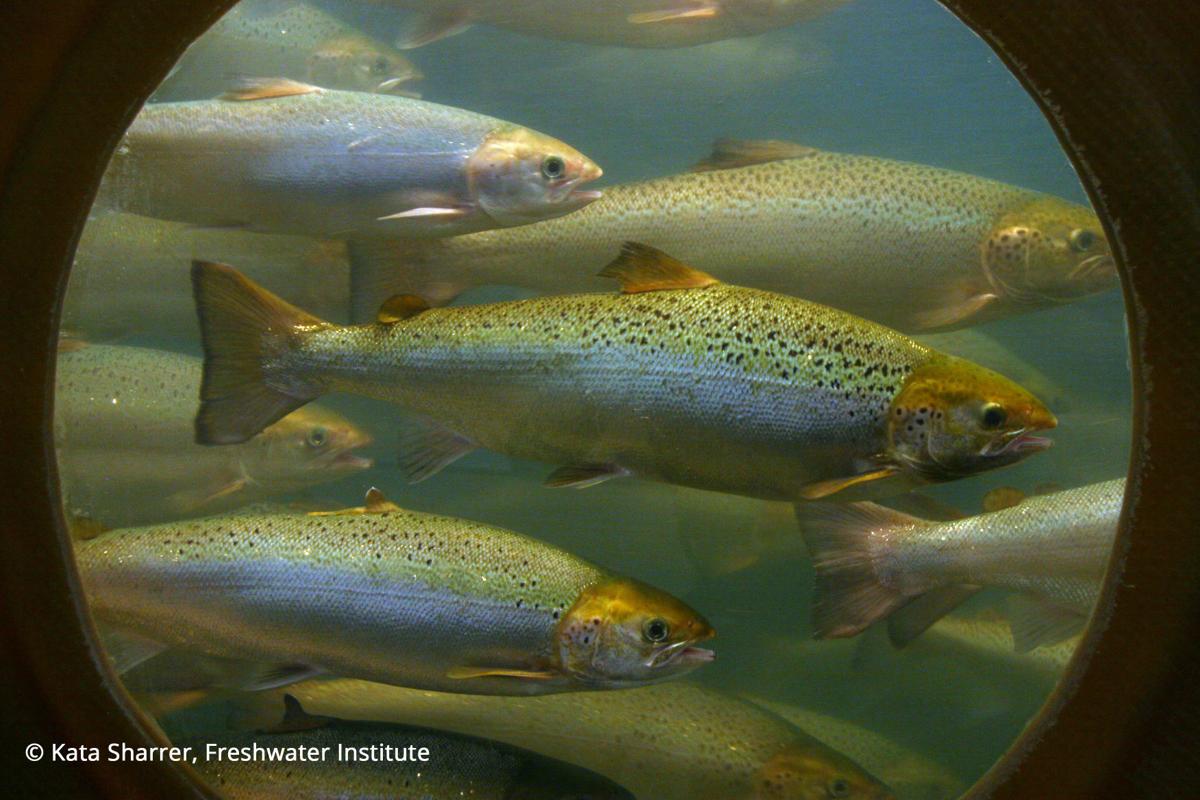 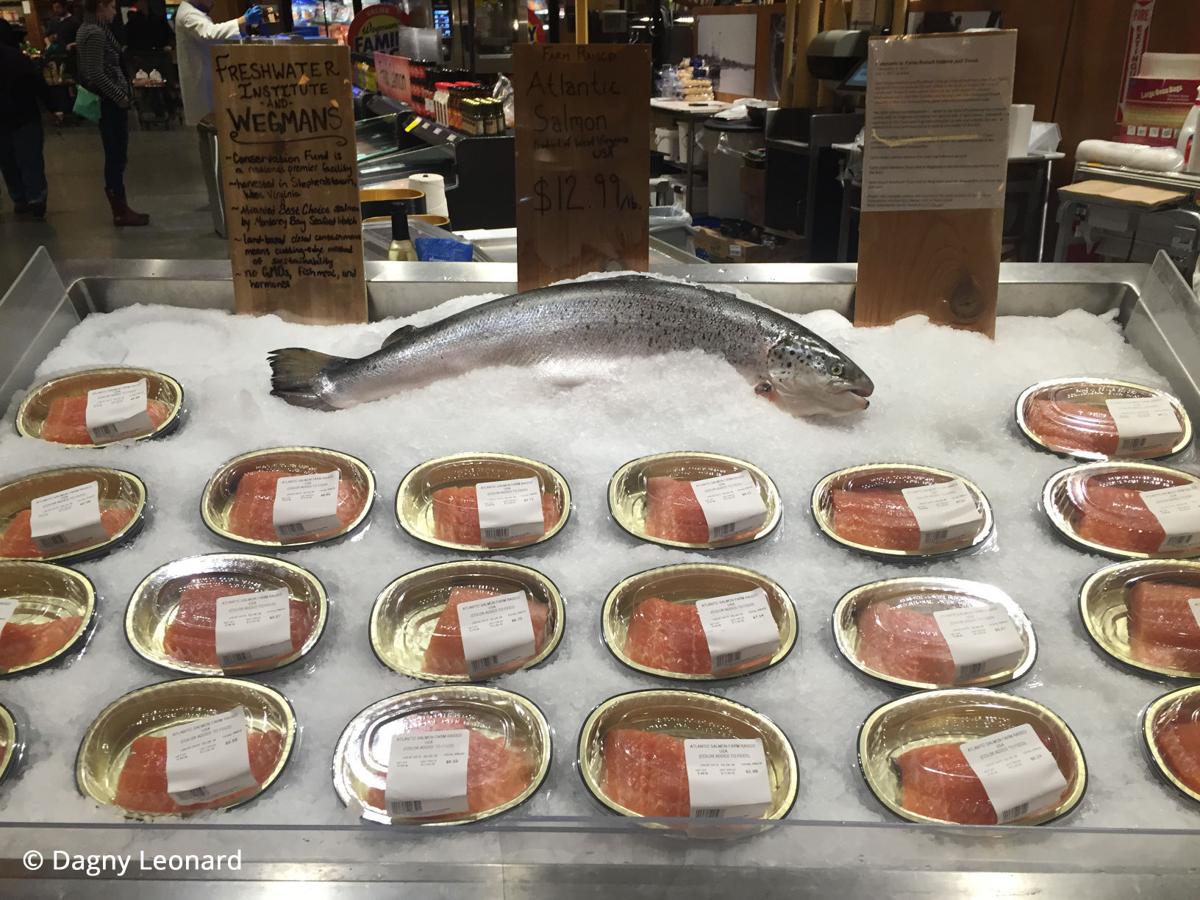 A display of Freshwater Institute’s salmon at a Wegmans store.

The structure where Freshwater Institute raises salmon with a conservation-minded approach.

An employee works in Freshwater Institute’s salmon program. The nonprofit is raising sustainably farmed salmon to be sold at area Wegmans.

A display of Freshwater Institute’s salmon at a Wegmans store.

Frederick consumers searching for locally-grown, sustainable salmon no longer have to scour grocery stores or farmers’ markets. For the next few weeks, this salmon will be sold at nearby Wegmans stores.

The Freshwater Institute, which is dedicated to sustainable water use and aquaculture through science and technology under the national nonprofit The Conservation Fund, partnered with Wegmans Food Markets this year to make the salmon it grew locally and sustainably available to consumers in the area.

Freshwater Institute raised the salmon in recirculating aquaculture systems, which are closed containment tanks that filter the water from fish for reuse in the tank, in a facility in Shepherdstown, West Virginia, the institute says.

The fish are free of antibiotics, pesticides, genetically modified organisms and diseases. The salmon are fed a diet rich in Omega-3 fatty acids and sustainable ingredients, making them healthy for the heart.

Hankins said this is a sustainable, transparent process that allows the consumer to understand the source of their food, trust in its quality and enjoy while conserving the environment.

“Our consumers are looking for organic, local, safe … Our fish are produced with that in mind,” he said. “Fish are what they eat.”

Freshwater Institute first partnered with Wegmans in 2014 for this project as a pilot endeavor.

The salmon produced by the institute, called Spring Hill Salmon, was only available in a select number of stores.

Now in its third year, the project has expanded to include all Wegmans stores in Maryland and Virginia, according to a news release.

“Now with three years of experience and positive consumer feedback, we wanted to spread the fish love around,” Hankins said.

This is the first year Freshwater Institute’s salmon is available at Wegmans in Frederick. The store at 7830 Wormans Mill Road received its first batch of fish on Monday, according to store manager Rob Griffin.

The salmon will be sold in place of the store’s typical farm-raised salmon product, although other types of salmon are still available, Griffin said. He expects the institute’s salmon to be available for several weeks.

“Depending on what the demand is like, I anticipate having it for 3 to 4 weeks,” he said.

Griffin could not speak to sales or customer feedback on Monday since the fish had just arrived and readied for sale, but he said he anticipated a positive response given the current trends.

“We expect it to do very well,” he said. “Customers love salmon. It’s a big category for us.”

Freshwater Institute harvested 25,000 pounds of salmon this year, which was part of a study funded by the Gordon and Betty Moore Foundation and the Atlantic Salmon Foundation. Hankins said this may seem like a large amount of fish, but the U.S. imports about 1 million pounds of salmon per day.

“It’s a pretty small drop in a big ocean,” he said.

More than 90 percent of seafood consumed in the U.S. is imported from other countries, according to data reported by the U.S. Department of Agriculture.

“Local seafood is a rare thing,” Hankins said. “Here in the Mid-Atlantic, we have the Chesapeake Bay, but for most of our country, local isn’t possible.”

Hankins said he believes land-raised salmon, or growing salmon in closed containment tanks, is the future of salmon production.

Companies in Canada and Europe have already commercialized this process, but no companies have done this on a large scale in the U.S. Freshwater Institute’s production is on a much smaller scale for research.

“Like self-driving cars, the future is often much closer than you think,” Hankins said.