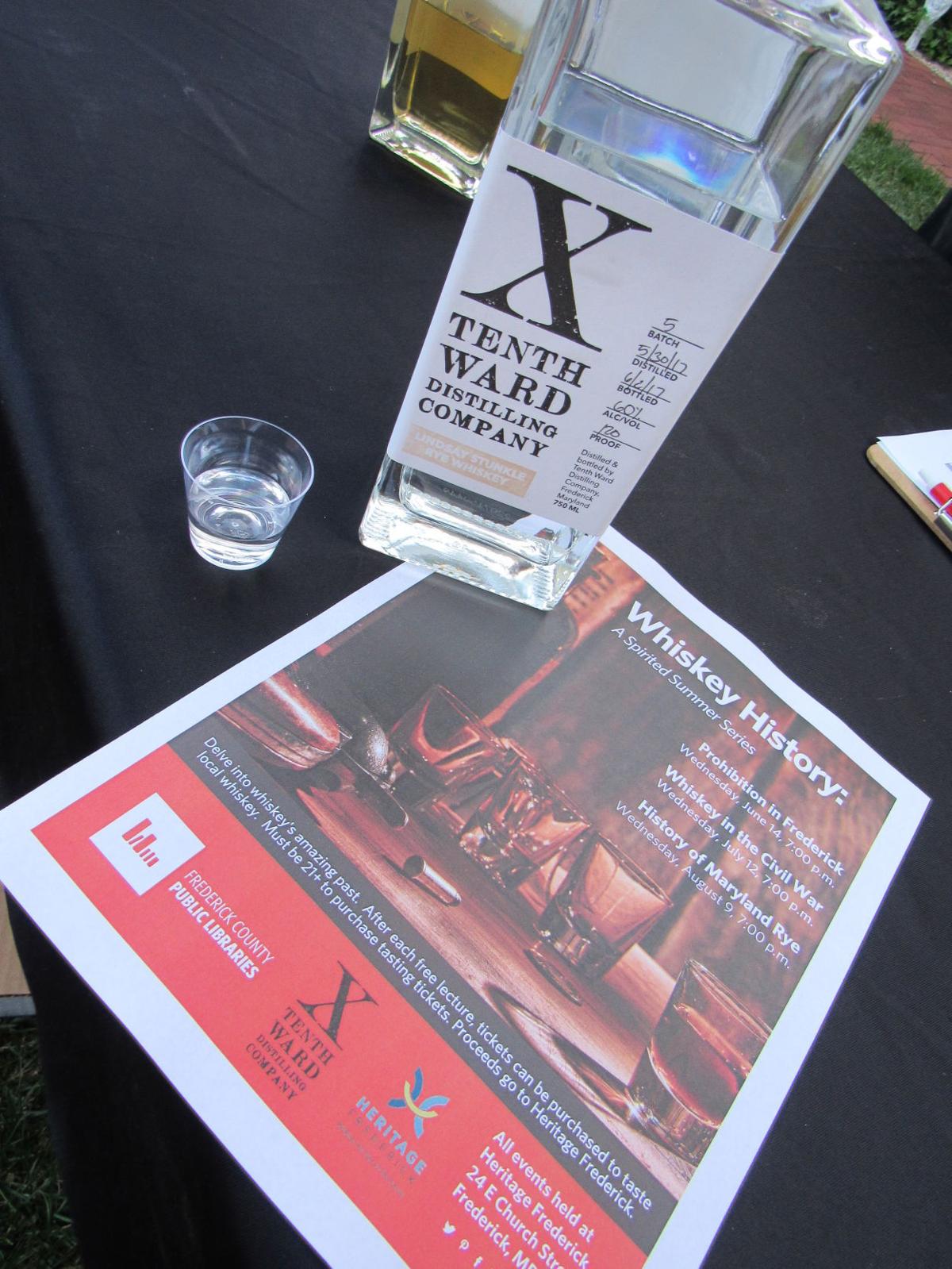 Attendees 21 and over who purchased tasting tickets at Whiskey History: Whiskey in the Civil War had samples of rye whiskey that is similar to what soldiers drank in the Civil War. 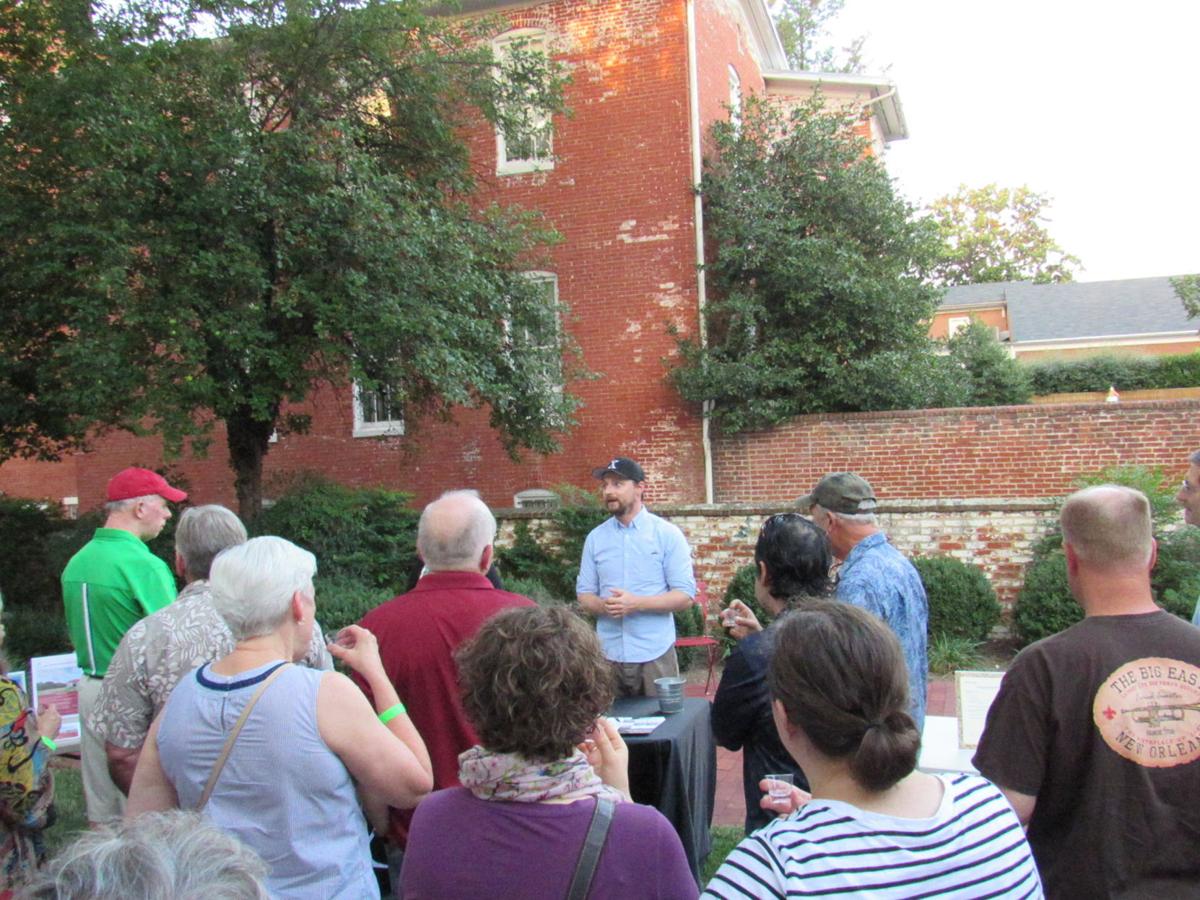 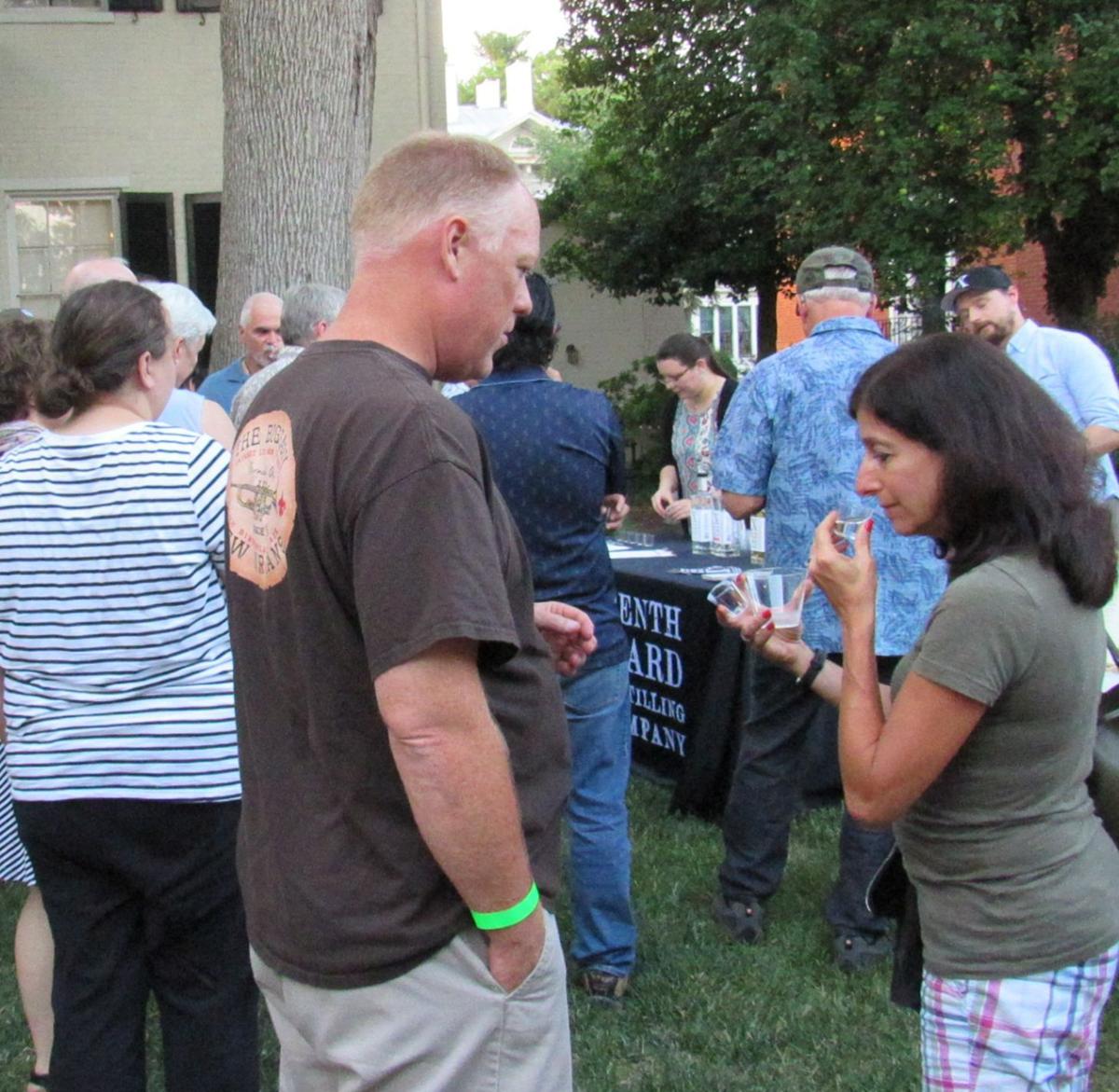 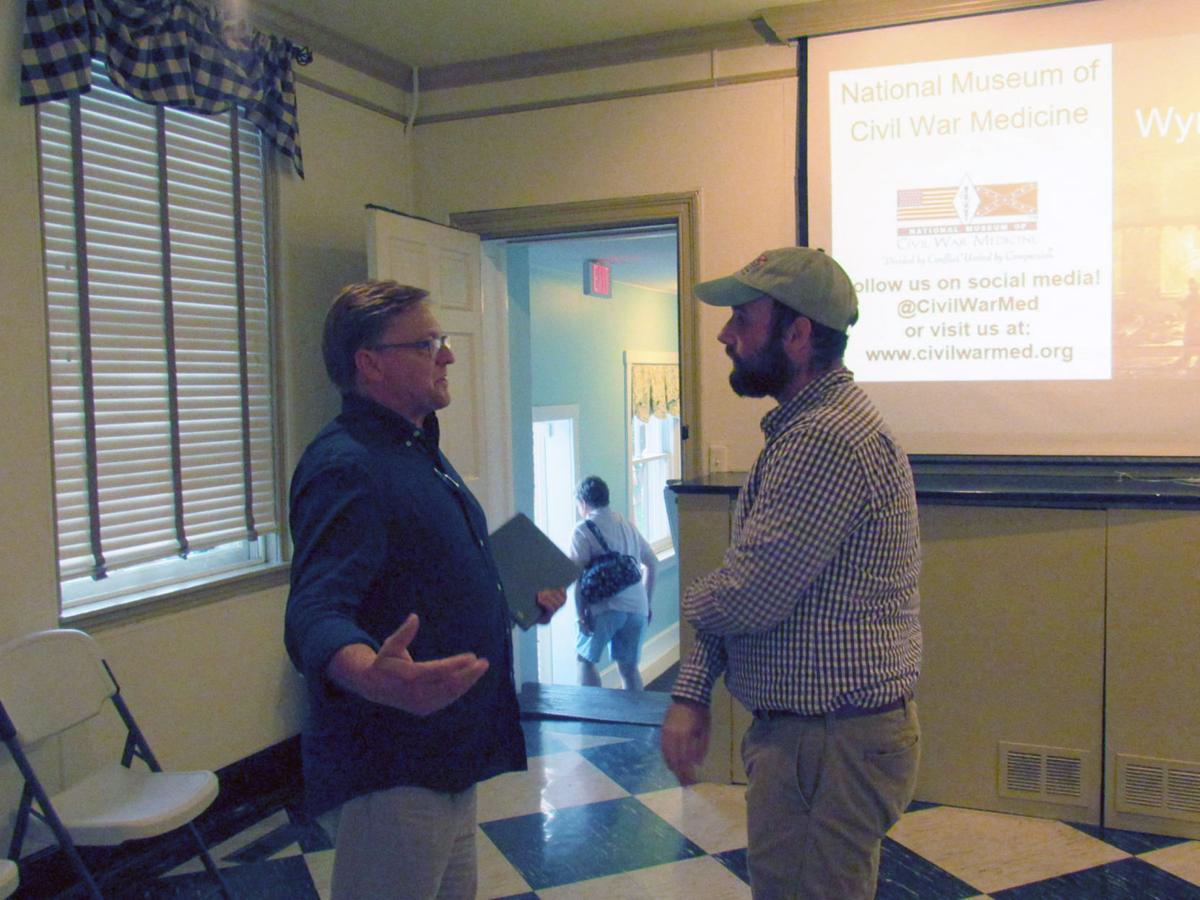 Jake Wynn, right, program coordinator of the National Museum of Civil War Medicine, speaks with an attendee after his talk.

Attendees 21 and over who purchased tasting tickets at Whiskey History: Whiskey in the Civil War had samples of rye whiskey that is similar to what soldiers drank in the Civil War.

Jake Wynn, right, program coordinator of the National Museum of Civil War Medicine, speaks with an attendee after his talk.

Attendees at the Whiskey in the Civil War event were encouraged to abandon their whiskey stereotypes. Forget the image of injured men quaffing whiskey for anesthesia while the surgeon saws off his leg, said Jake Wynn, program coordinator for Frederick’s National Museum of Civil War Medicine. Before operations or after, doctors administered the spirit to get the heart rate up. Mixing alcohol and opium, they concocted the effective but addictive painkiller laudanum. But the notion of whiskey as anesthesia is a myth, Wynn said. In about 95 percent of the cases, doctors were using ether and chloroform to knock out their patients.

Both armies were stocked with anesthesia, Wynn added, but that doesn’t mean whiskey didn’t play a role in the hospital or on the battlefield.

The whiskey poured after Wynn’s discussion had the color and flavor of lightning, and as the crowd sipped samples of rye whiskey — a fraction of the daily ration for a Civil War soldier doing rigorous work like building trenches while on fatigue duty — it was easy to see why soldiers used this fiery liquor to fortify themselves before charging into battle. Whiskey was seen as a stimulant, Wynn said, and these fatigue duty laborers were issued about a shot a day.

Those who wanted more had to find it, either by raiding local homes or by finding saloons called grog shops willing to sell to soldiers, despite laws against it.

“Right here in Frederick, this is a town known for its booze during the Civil War,” Wynn said.

Whiskey had been a part of a soldier’s daily rations since the Revolutionary War, Wynn said, but that changed with President Andrew Jackson, who viewed booze on the battlefield as counterproductive. Non-fatigue duty officers switched whiskey for coffee.

Stories abound of drunken soldiers stumbling on the battlefield and pickled officers falling off their horses, Wynn said, but whiskey was also liquid motivation. After two failed attempts to take the Burnside Bridge at Antietam, he said, the Pennsylvania unit asked their colonel if they’d get whiskey if they succeeded.

“By God, if you take the bridge, we’ll give you a whole barrel,” the colonel promised, at least according to legend.

“They took that bridge,” Wynn said. “The night when the battle was over, they got their whiskey.”

After the war, when the soldiers returned home, the taste for whiskey followed them, Wynn said. Many veterans used it to cope with the trauma they experienced on the battlefield. Some drank themselves to death. Some saw their families fall apart and their debts spiral out of control.

“In the absence of something else to mask that pain, they’re going to use alcohol,” Wynn said.

“These social causes are really going to pick up steam as a result of the Civil War,” Wynn said.

Must be 21 and over to buy tasting tickets

To touch on its history, whisky was first distilled by Irish monks over a thousand years ago. In Irish, it's "uisce beatha," which translates as "water of life," and is pronounced like ish cah bah ha. Licensed in 1608, Bushmills is the oldest whisky distillery in the world and was one of my stops when I drove around N.I. a few years ago, it's a beautiful complex. I believe Irish whisky is the best of the four types (Irish, Scottish, Canadian and American,) with American at the bottom of the list. In the Scottish Highlands is the Craigellachie Hotel which their website advertises as having ".....one of the world’s leading whisky bars.....with over 900 whiskies lining its walls....." and drams range from $4 USD to $415 USD. http://www.craigellachiehotel.co.uk/ If I ever make it back to Scotland, a night or two here will definitely be on the itinerary. Sláinte!

I prefer American whisky. Woodford is great, but there are several small distillery's that are great. Anyone that would pay $415 for a bottle is a maroon

rbtdt5, that's not $415 for a bottle at that hotel in Scotland, it's up to $415 for a dram, as in a shot. People buy what they can afford, and I could afford an evening in that hotel's pub. Now,a buddy of mine brought a bottle of Woodford Reserve over to my place a few years ago, praising what a great whisky it was. I happened to have a bottle of Red Breast on hand, which is quality Irish whisky, about $65 a bottle. I poured us a couple of glasses of his Woodford, and could taste the bite that bourbon has all too well. Then I gave him a glass of water to rinse his mouth out and poured us each a glass of the Red Breast. His reaction was "Wow, that's good stuff. What is it?" I replied "That's the difference between American and Irish whiskies, Irish is smoother than a babies butt." Check out a bottle sometime, I'd never steer anyone wrong when it comes to good whisky.

If you get to Scotland, try to get to the Jura Distillery on Jura Island via a ferry from Islay. They have a nice range of peaty products, from light peat to drinking water from a ditch after a forest fire. You can even find some Jura at local liquor stores.