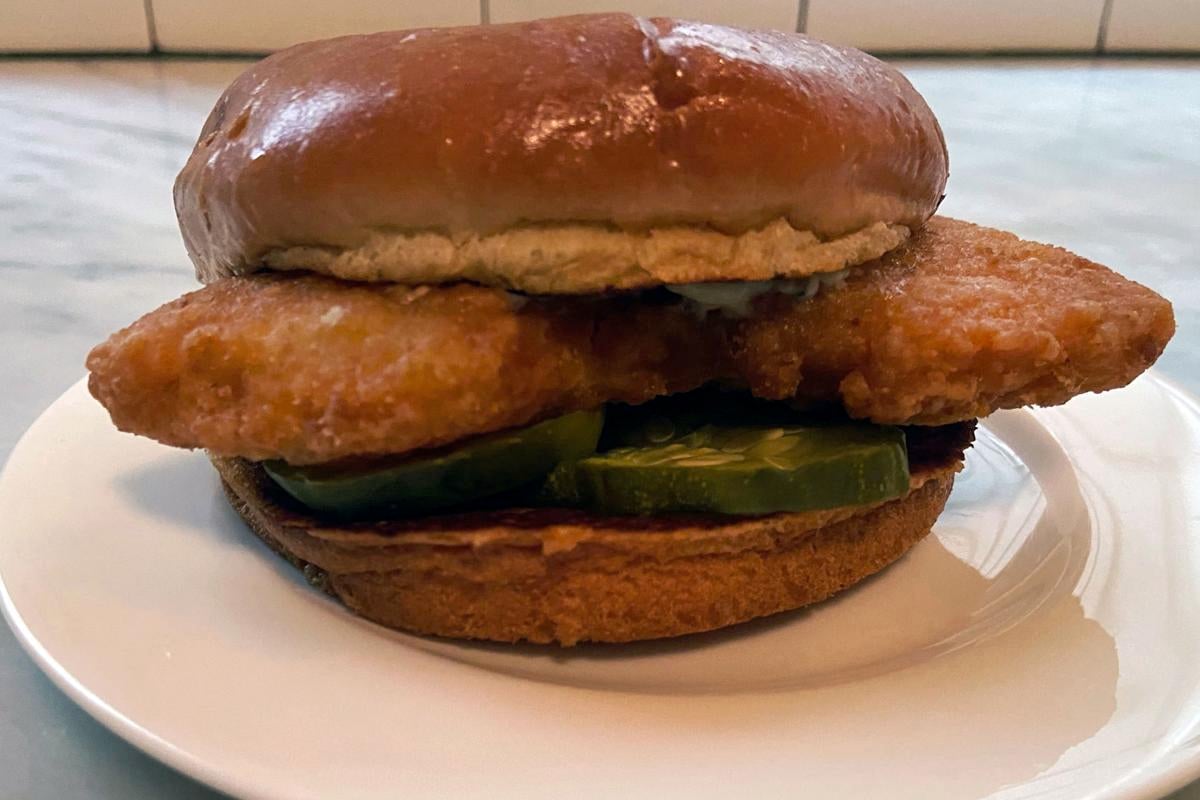 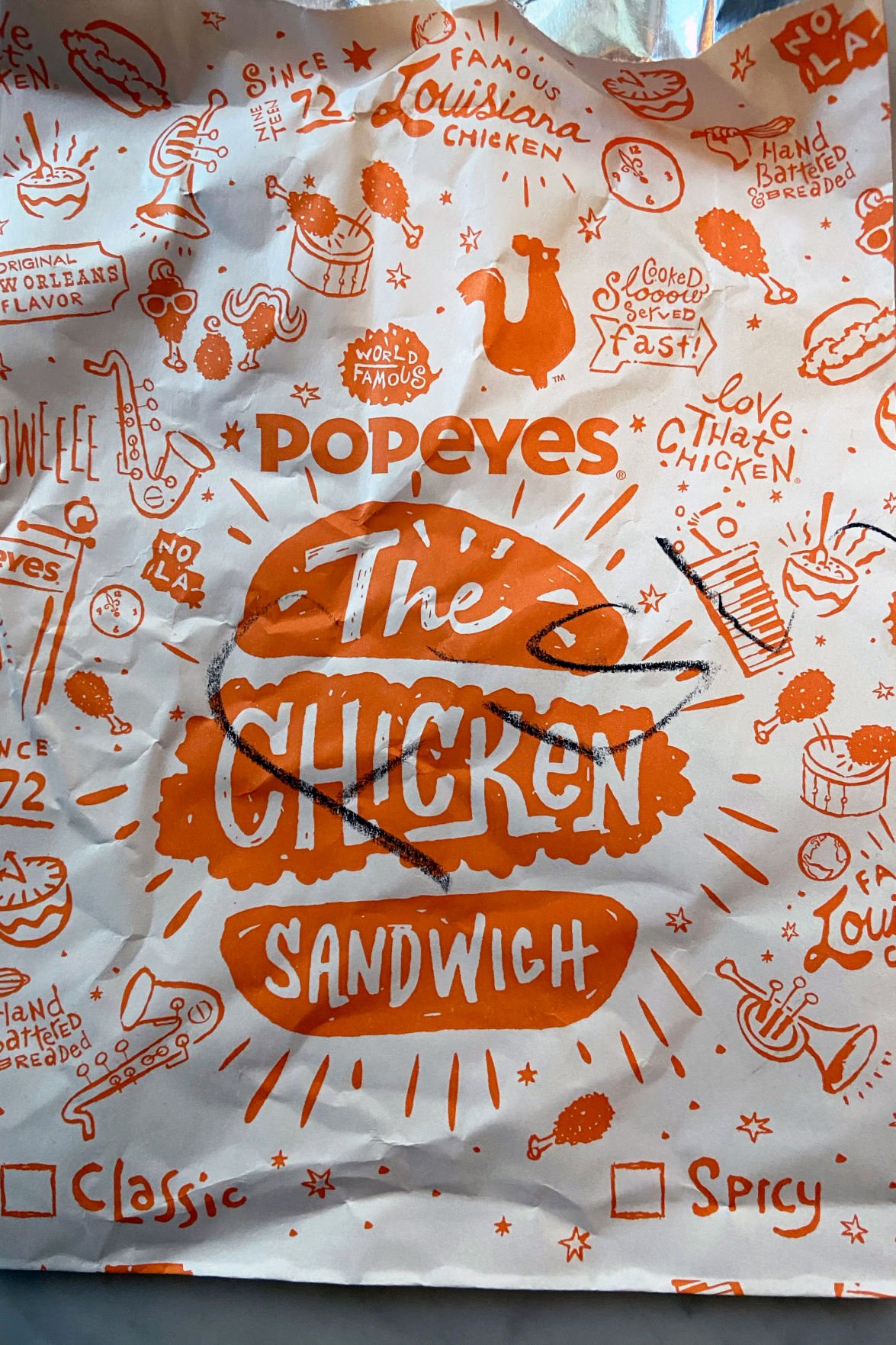 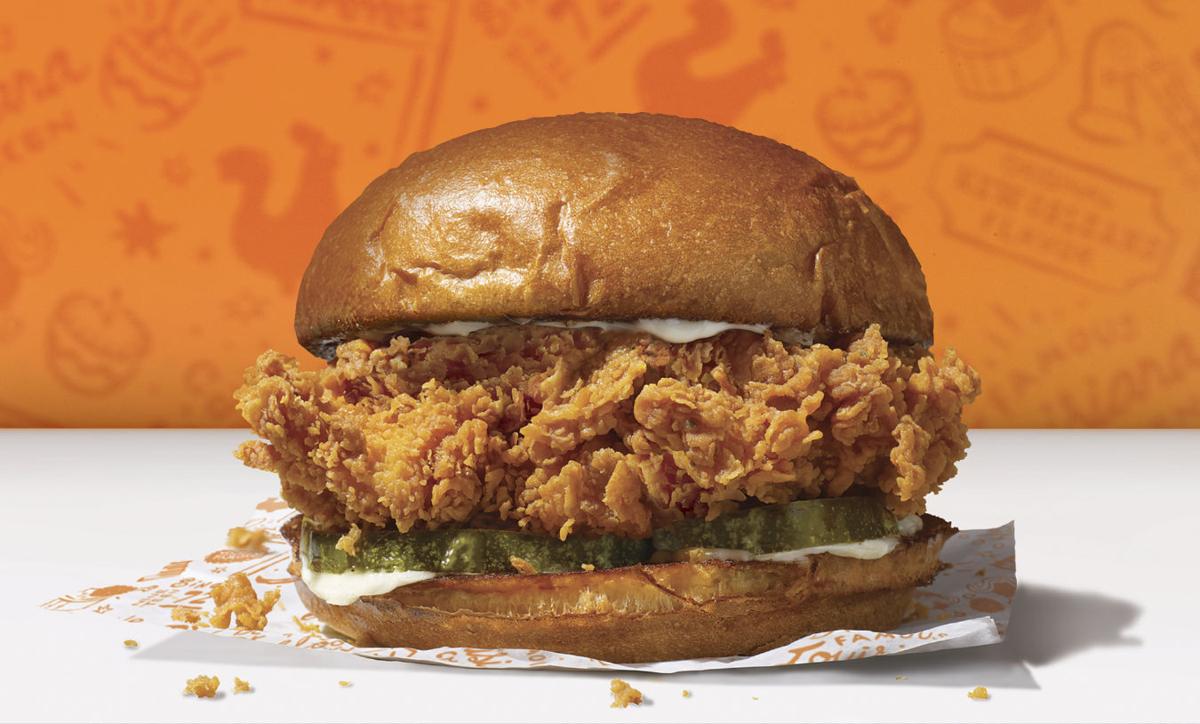 The Popeyes’ chicken sandwich was a viral favorite when it came out in 2019, starting the fast food chicken wars that are still going on. Likely hoping for a similar response, the chain has released a Cajun fish sandwich just in time for Lent.

The Popeyes’ chicken sandwich was a viral favorite when it came out in 2019, starting the fast food chicken wars that are still going on. Likely hoping for a similar response, the chain has released a Cajun fish sandwich just in time for Lent.

Formulas often work. See: blockbuster superhero movies, the latest Taylor Swift bop or an Alex Cross novel (spoiler: the bad guy gets it in the end).

That’s what Popeyes is counting on with its latest menu item, a fried flounder sandwich with a touch of Cajun seasoning.

The chicken chain is clearly keen to re-create the market-altering, viral sensation that was the spicy chicken sandwich it debuted in 2019 as a clapback to Chick-fil-A’s soaring popularity. The much-Instagrammed bird famously sold out, eventually was restocked, and put pressure on fast-food rivals to take up arms (er, wings) in what came to be known as the Great Chicken Sandwich Wars.

On Tuesday, Popeyes rolled out the fried flounder sandwich that was all but a dupe for its greatest hit, swapping in a fish filet in place of poultry. Like its big sister, the new menu item features a crisp filet nestled in a brioche bun, set atop pickle slices. It has a slick of tartar sauce, akin to the mayo that tops its progenitor.

Fish, though, has long been polarizing for fast-food brands. McDonald’s long-running Filet-o-Fish has both haters and those for whom it’s a cult favorite. Its popularity reportedly surges, though, during Lent, when many Christians eschew meat. (And it seems no coincidence that Popeyes’ new fish sandwich is making its appearance a week before the start of the holy observance.)

Perhaps hoping to overcome customers’ reluctance to try the novel offering, Popeyes is selling a “sandwich insurance” policy: Customers can purchase one from the chain’s app for 15 cents, and if they don’t like the new item, they can get a tried-and-true chicken sandwich in its place.

Though this is the first time Popeyes has offered such an item in its 48-year history, fried fish sandwiches are nothing new, of course. They hold a special place in American food culture (cookbook author Lazarus Lynch calls fried fish “a cultural experience in the Black community”), as the star of family fish fries or as the product served (usually between soft slices of sandwich bread) at beloved carryouts.

Still, it’s unlikely that Popeyes’ pescatarian offering will come close to matching its big-clucking-deal hit. Chicken is simply an easier sell to fast-food customers, and the Chicken Sandwich Wars are still dragging on, with McDonald’s and KFC planning to drop new entries in the next few weeks.

But even if it doesn’t inspire around-the-block lines and fisticuffs, just how seaworthy is this new entry? I ordered one on the day of its debut to find out. And my lunch at least started out with a chuckle. The sandwich arrived in a foil-lined pouch clearly meant to hold “The Chicken Sandwich” as the bag proclaimed. Only a scrawl of black marker identified it instead as “fish.” (As a second-born, I can identify with this poor sandwich: I had to wear my big sister’s hand-me-downs, too!)

And about that fish? The filet lives up to at least part of the hype — this thing is pleasantly flaky. As flaky as your friend who cancels brunch plans on you only after you’ve already sat down and ordered a mimosa. If it were a former Republican senator, it would be Jeff Flake.

Unlike McDonald’s and its pressed-fish patty, Popeyes is serving up a fresh-tasting, visually appealing piece of fish.

Other components are similarly working for the whole: A glossy brioche bun gives the sandwich an elevated feel and a little toothiness, while pickles and a hit of tartar sauce offer tang and a brininess that complement the star of the show.

But the downfall of this guy is its breading. Mine was nicely flavored, with a little bit of heat from that promised Cajun seasoning, but it was limp, not crisp, and fell away from the fish in gummy chunks when I tried to pull the edge of the filet apart. Turns out those kindergarten lessons I learned were wrong, and it’s not just what’s on the inside that matters.

If someone served me this sandwich at a waterside seafood shack on a fine day, I wouldn’t complain. Then again, I’d likely have a breeze, a cold lager and a great view to distract me. But eating one while staring down my car dashboard? Pass the chicken, please.

Copyright 2021 The Associated Press. All rights reserved. This material may not be published, broadcast, rewritten or redistributed without permission.

I thoroughly enjoyed reading this article. Very witty and entertaining. 😊

It's too bad that they add MSG to most of the items on their menu. MSG causes headaches and even symptoms mimicking a heart attack in some people. It is a shame that so many fast food restaurants do not consider the side effects of MSG and the high blood pressure that is caused by excess sodium when creating their products. Why can't they consider our health when they spend millions of dollars every year creating new products?