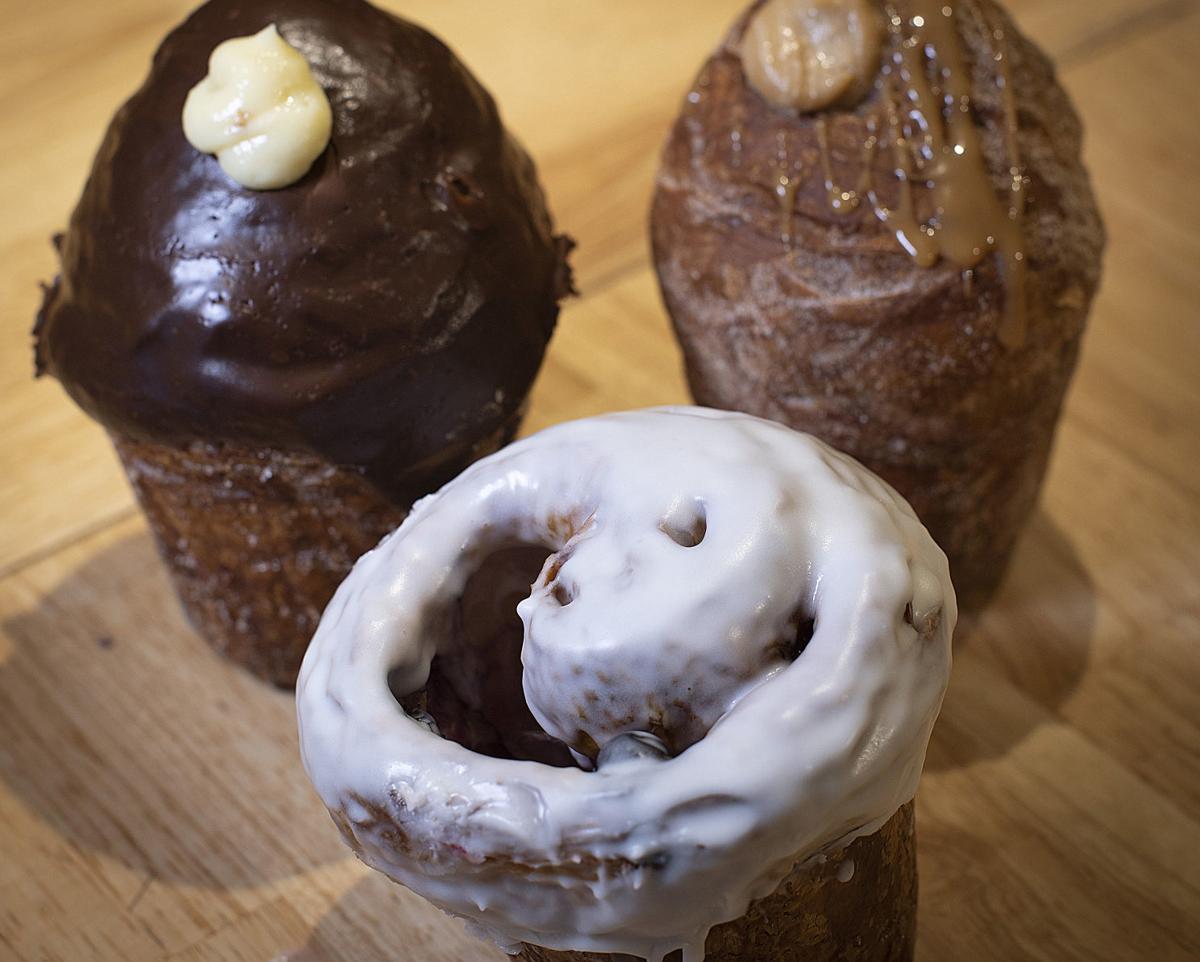 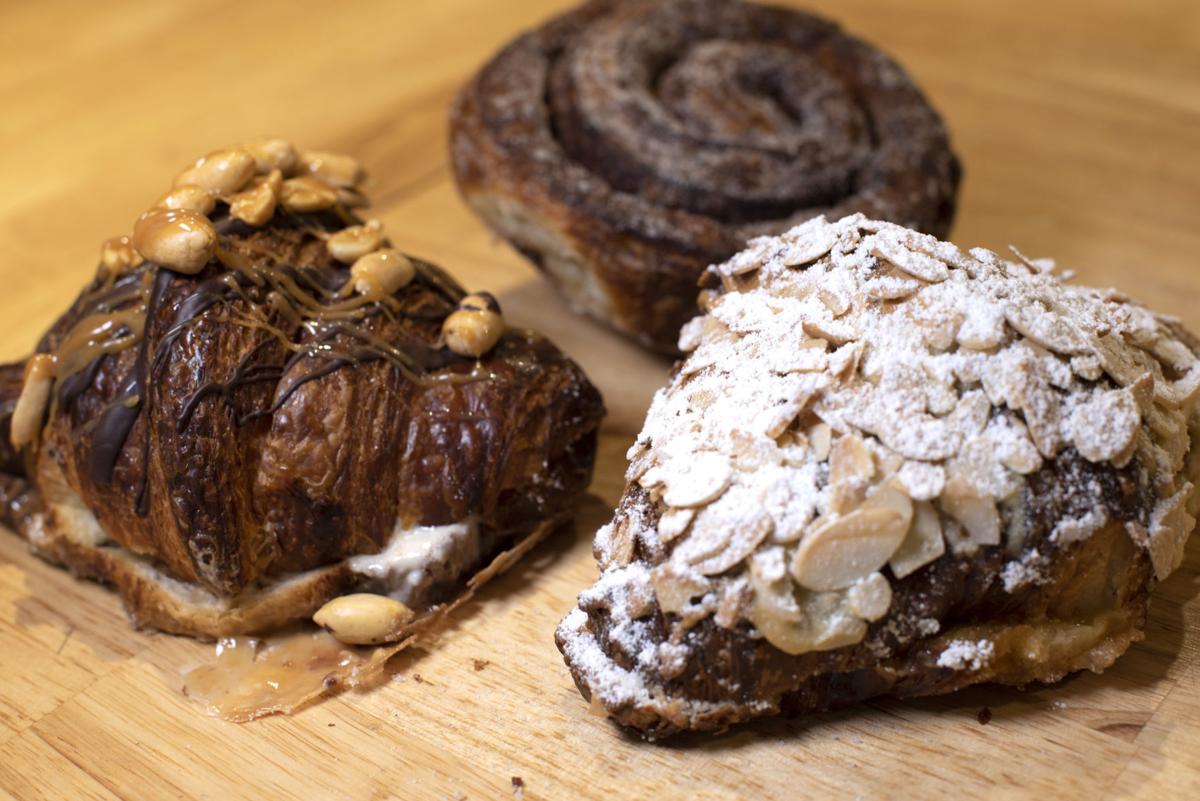 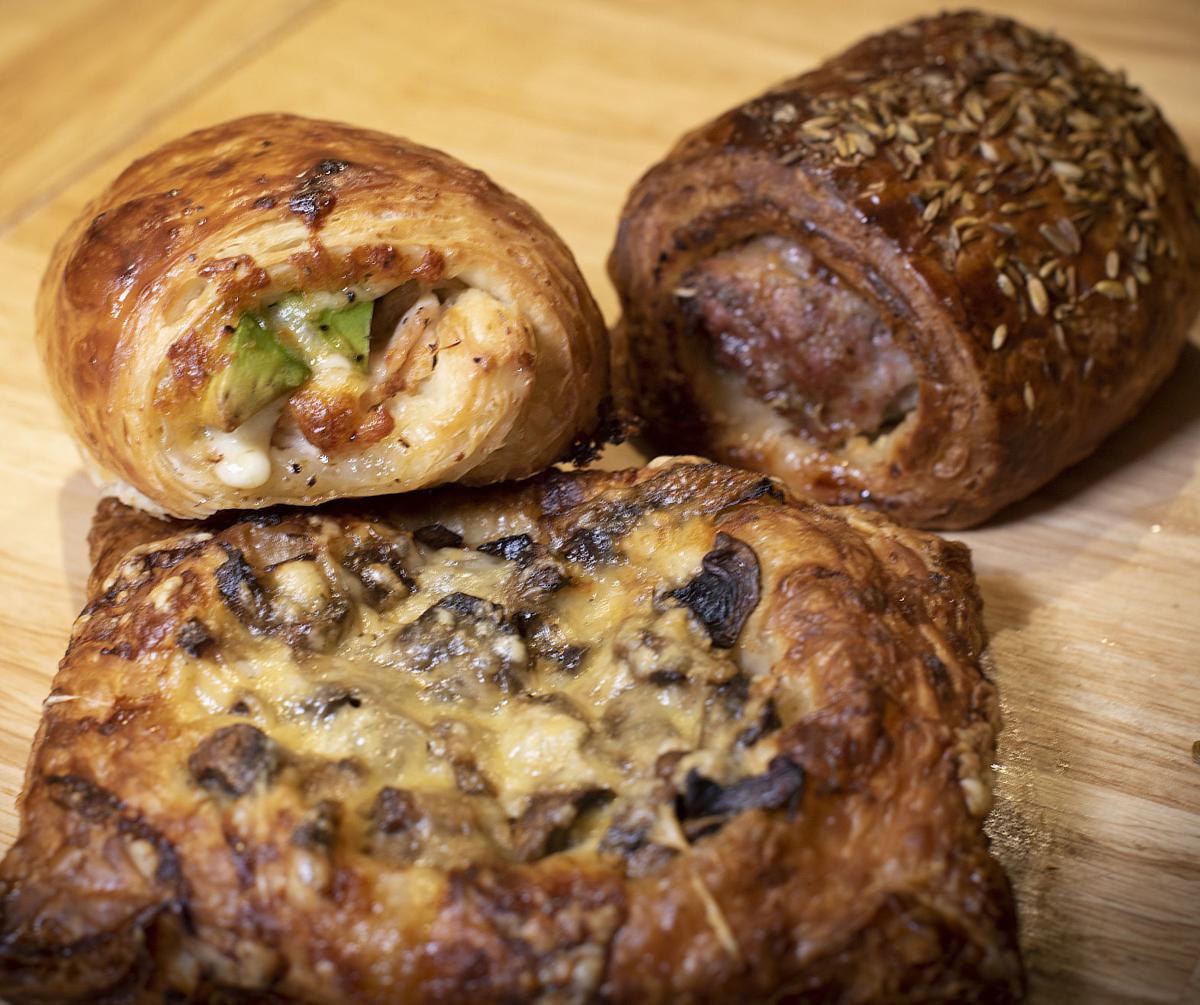 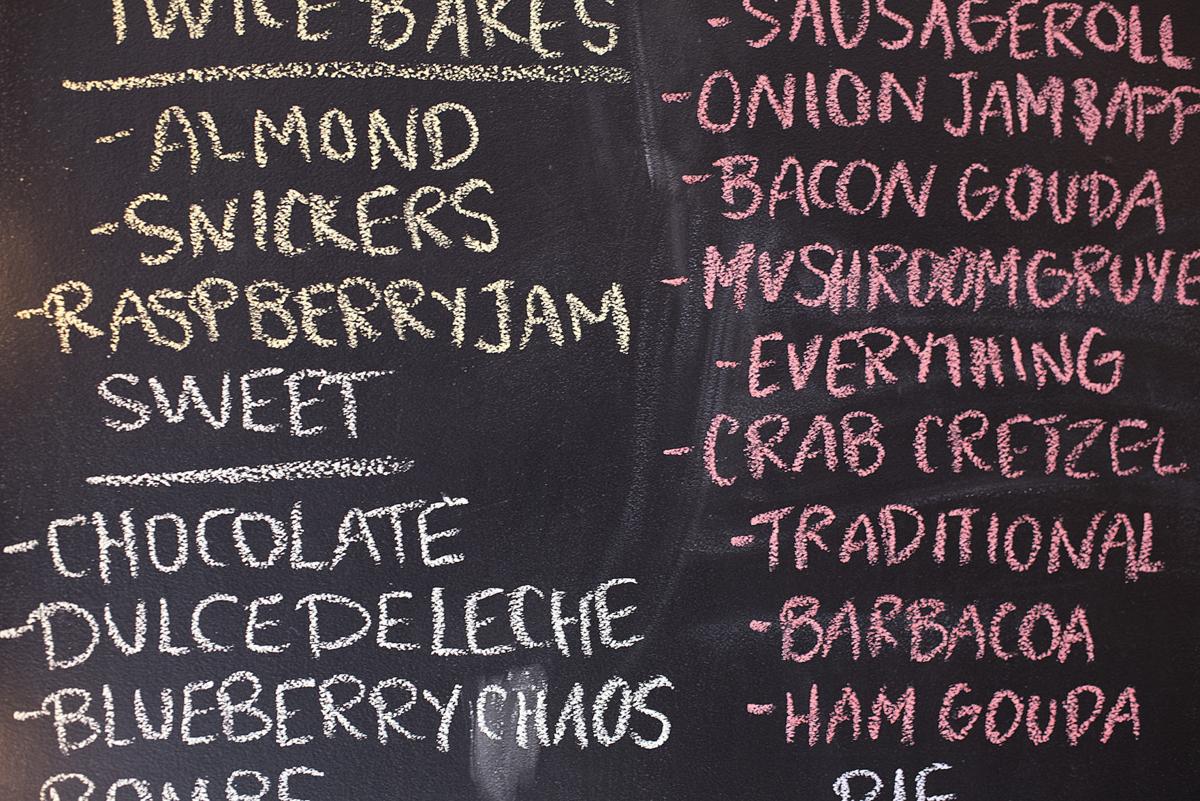 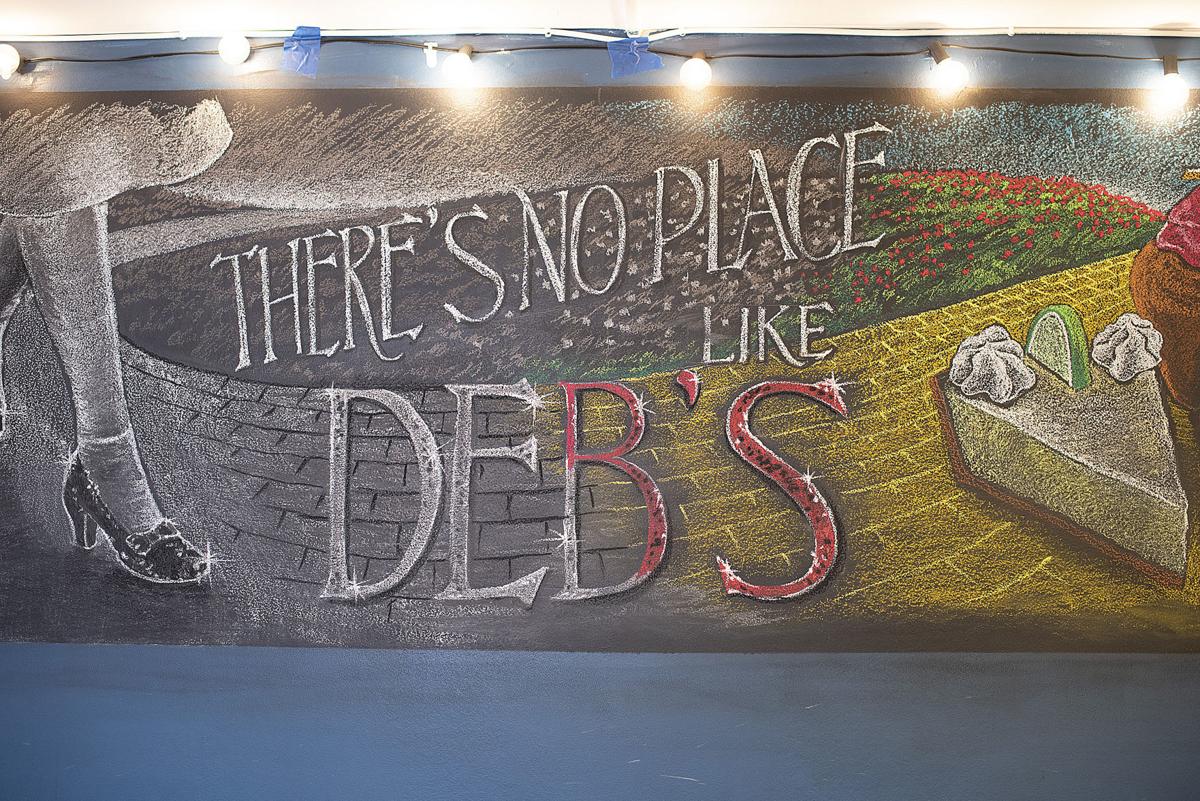 “Is this your first time here?” asked Deb King, eying the stack of pastry boxes in my arms. “I can always tell.”

I couldn’t tell her, of course, that part of my job as a critic involves anonymously ordering vast quantities of food. But even if I didn’t have to sample most of the store, it would have been hard to hold back. The counter held rows of glossy croissants, stacks of fat bagels, slice upon slice of elegantly decorated pies. Homemade Snickers, for goodness sakes. And King isn’t just relying on looks. At Deb’s Artisan Bakehouse, you get the whole package.

It started just over a year ago, in March of 2018, when King opened the small storefront just off Main Street. She had spent the last 16 years at home raising her kids, a worthwhile occupation that nevertheless left her “without a very impressive resume,” she said. She spent some time at jobs that didn’t particularly suit her, then started baking at home to pursue a passion that did. And when King baked, she really baked. Not just cookies or cupcakes, but more the finicky stuff — bagels, for example, and finely laminated croissants.

“That’s our specialty,” King said. “It takes three days to make a proper one.”

That limits the bakery’s operating hours, but yields treats that are worth a drive from anywhere in Frederick County. I laughed out loud when I took my first bite of a white chocolate twice-baked, an extra-large croissant with an extra crunchy exterior from two rounds in the oven. That’s how good it was. The lacquered crust was coated in white chocolate; the finely layered interior was stuffed with raspberry preserves. With its glossy coating, it looked like a pastry that would be served at a tea party in Wonderland. And it had the taste to match, accented by slivered almonds sprinkled on top.

I could almost write a thesis on the sweets at Deb’s, an exercise in skilled moderation. Of the half-dozen or so I tried, all managed to highlight the flavors of their ingredients without veering into saccharine territory. A surprise favorite was a mango danish the size of a dessert plate, the buttery pastry folded in a circle and topped with brown sugar streusel. Under a less skilled baker, I could see the sticky treat becoming cloying. But at Deb’s, it was artfully composed, with crisp layers and a tropical compote highlighted by the molasses-y topping.

Of course, there are more traditional flavors: rum and raisin in a brick of bread pudding that could double as the foundation stone for a Roman coliseum; an apple-Gouda turnover with tender fruit and a smoky layer of cheese; a crunchy bear claw with cinnamon sugar and delicate almond paste. But the shop shines most, I think, when it’s offering the unexpected. Take the weekly slate of “cruffins,” laminated pastries shaped in a muffin tin. Each one is roughly the size of two balled fists, and each is a venue for King’s creativity.

On the week I visited, the bakery was offering Cinco de Mayo flavors like horchata and dulce de leche. My preference was for the horchata, coated with cinnamon sugar and stuffed with a nutmeg-scented pastry cream. But my real favorite was the third choice, a thoroughly American Boston cream pie cruffin. Coated with bittersweet chocolate and filled with a hefty squeeze of vanilla custard, the pastry — rolled in grainy sugar — sent a shiver of pleasure down the back of my neck.

If King wants to emphasize one thing, it’s the name of the store — a bakehouse opposed to a traditional bakeshop. She says the difference lies in her offerings, which include savory treats just as much as sweet. On the morning I visited, she walked out of the kitchen to slice up a huevos rancheros hand pie, offering samples to a group of waiting customers. It might be a “Let’s Call the Whole Thing Off”-level distinction, but I can understand why King wants to highlight her savory pastries. Like everything else in the store, they’re delicious. The hand pie packed black beans and avocado alongside creamy baked egg and a zesty tomato sauce. Other days, King might pair blue cheese with bacon or caramelized onions with roasted dates. The flavors rotate, but the quality never does.

There’s also the crab “pretzel” — croissant dough twisted and topped with an ultra-creamy dip. I’m not going to lie: I ate so much of it that I felt kind of sick. It’s a rich, rich treat, and not just because it’s one of the pricier options on the menu. Pairing buttery pastry with dairy-rich crab dip is a flavor wombo combo, but it’s also an exercise in self-control. The snack gets an extra dose of flavor from a healthy dash of Old Bay mixed into the dip.

It’s easy to go on and on about Deb’s. The shop offers some of the best bagels I’ve had in Maryland — light and airy with a distinct yeastiness and great chew. I’d go back for the key lime pie alone, a heavenly slice of citrus custard with an impeccably crisp graham cracker crust. Luckily, though, no one needs me to go on and on. I’ve talked about the shop. It’s there. It’s open. And it’s worth a return visit. After a year in business, Deb’s already has the bonhomie of a long-time neighborhood favorite. King knows many of her customers by name. On the morning I visited, one woman bought a dozen cookies to ship to her daughter stationed in Iraq. It’s a testament, I think, to the store’s wide-ranging appeal.

Deb’s is seriously worth the visit if you haven’t yet. She makes the best baked goods that I have tasted. Whether your preference is savory or sweet, you will not be disappointed.