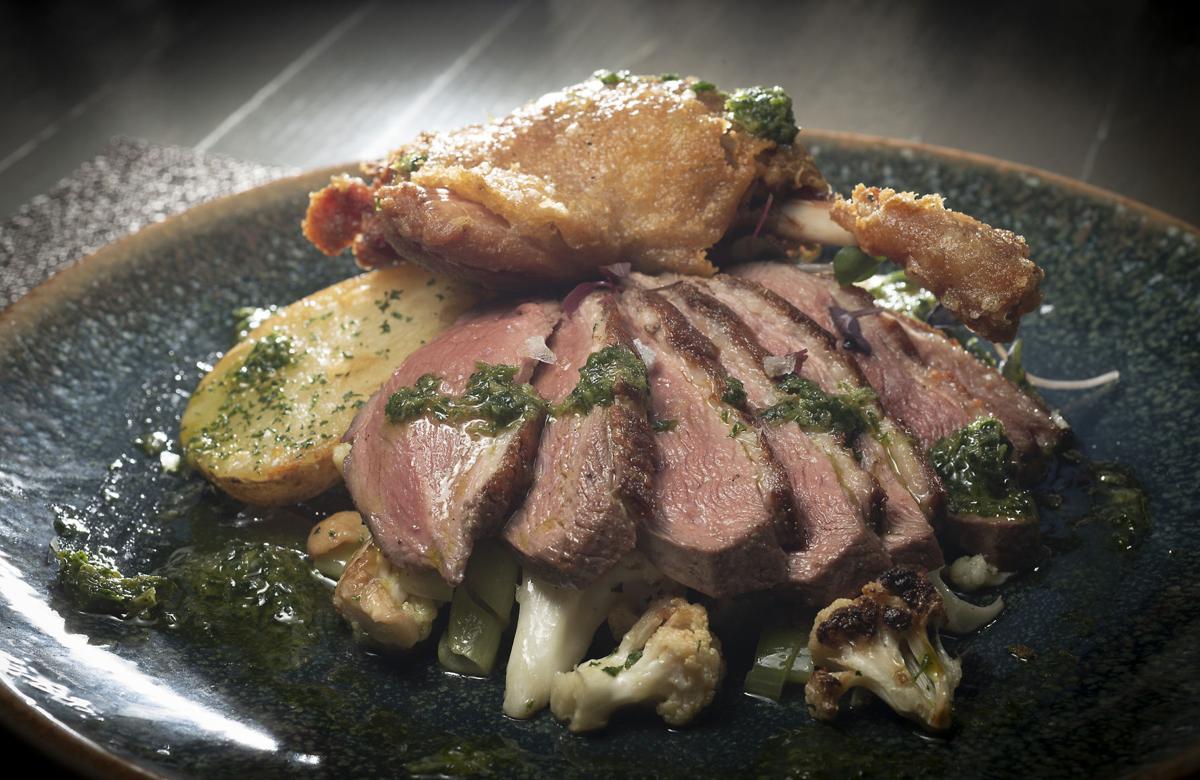 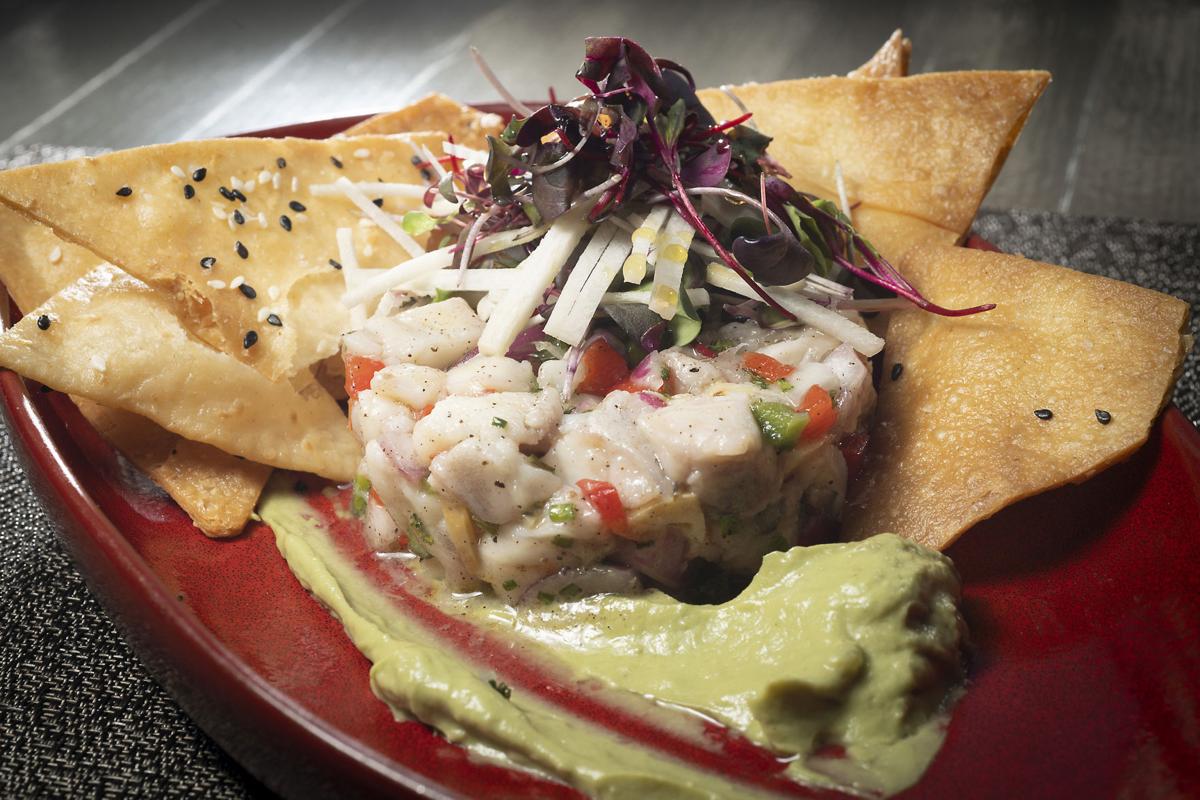 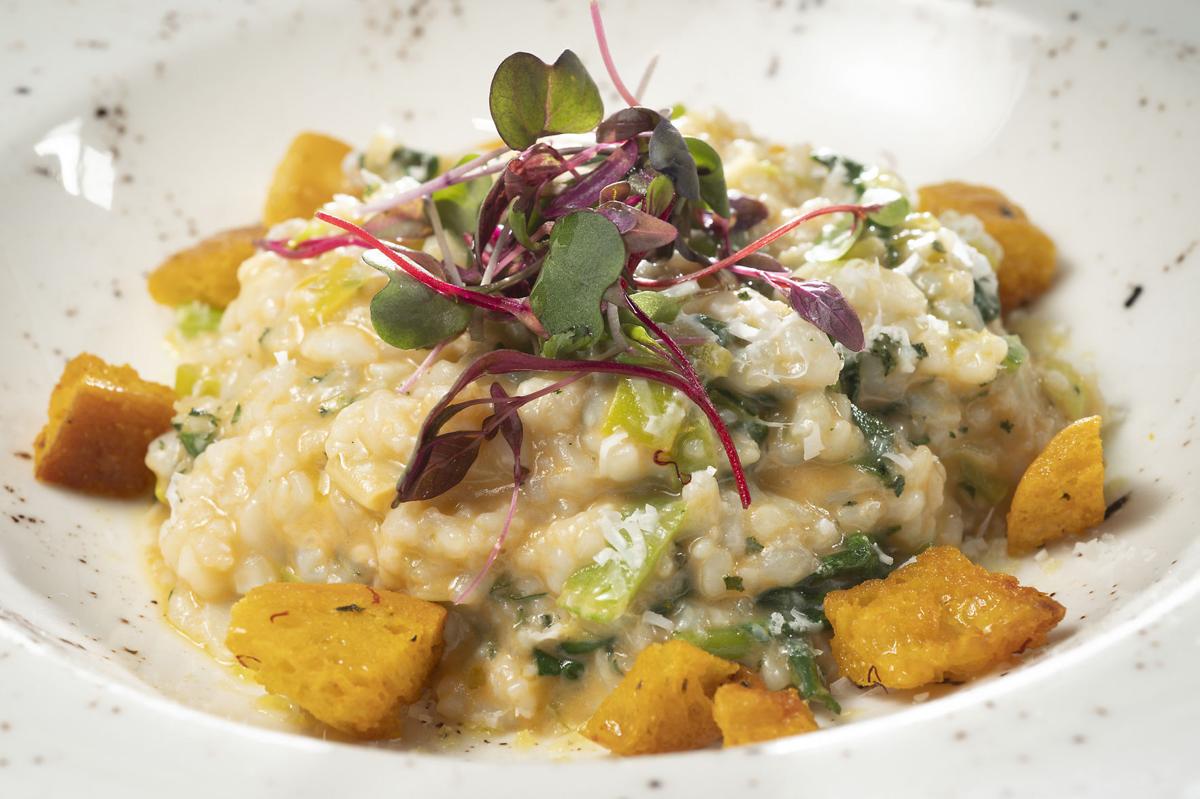 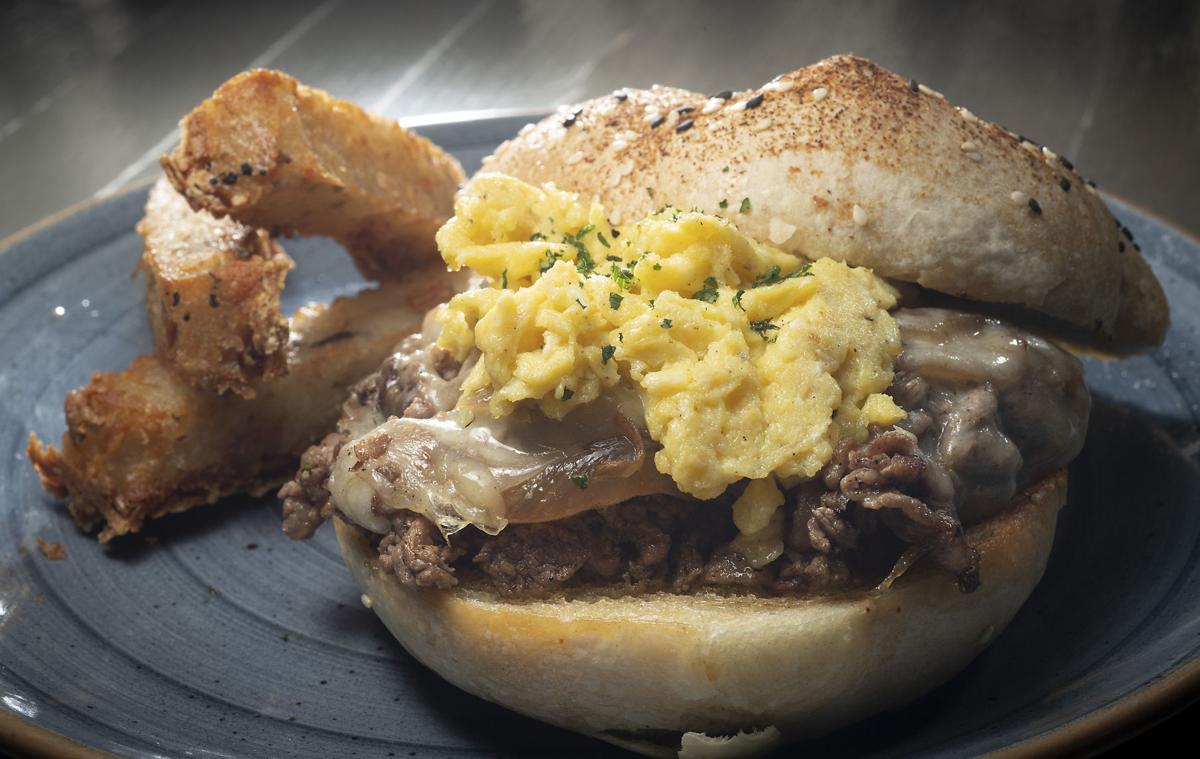 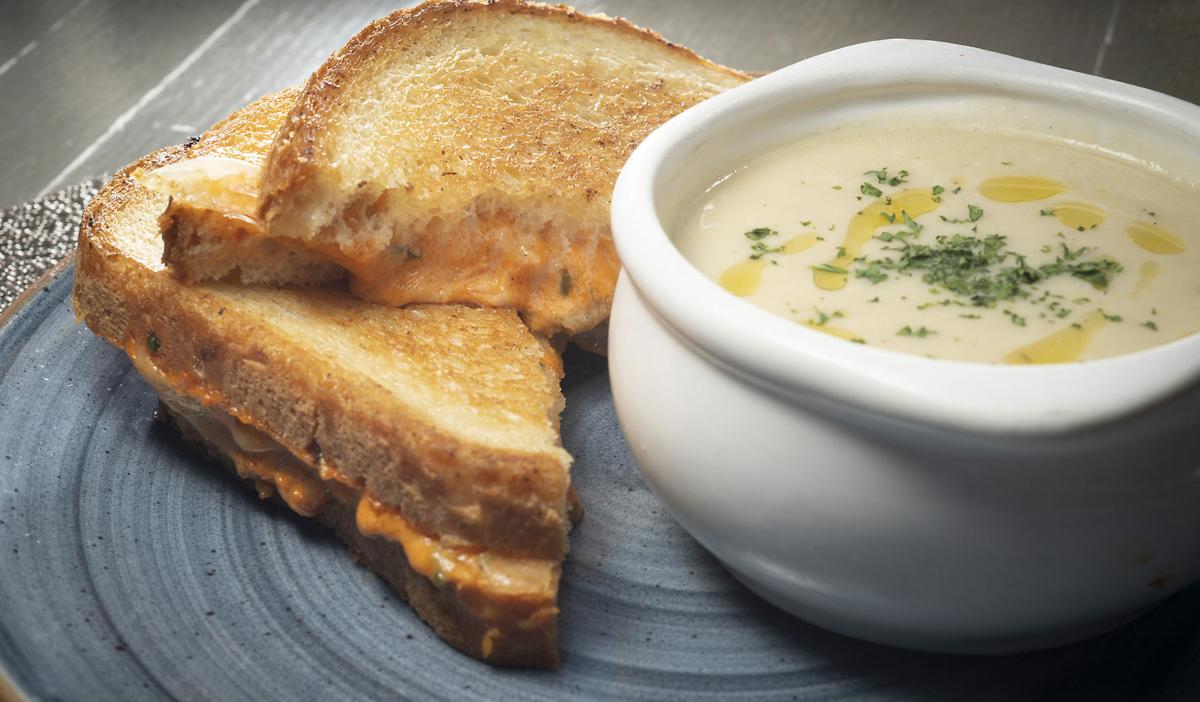 The dark wood interior was the first thing I noticed about Firestone’s Culinary Tavern. It gives off a sense of refinement and ease while making you feel cozy, like you’re inside an old-world tavern. It reminded me of old European libraries, the kind that make you want to wrap yourself in a sweater, find a dimly lit corner, and sip on something warm while reading a book.

Spending time dining at Firestone’s made me realize this is a restaurant that knows its identity, is settled in it, and delivers it perfectly to customers.

What I came to love most about Firestone’s is how it strays from the typical. There are no burgers on the menu, only one pasta dish, and even a simple brunch item of grilled cheese and soup is done with a sophisticated flair.

Speaking of that grilled cheese, it’s a must-try if you visit Firestone’s for brunch or lunch. Two slices of crispy, golden sourdough bread hold together melted provolone, swiss and creamy pimiento cheese. The pimiento is a welcomed addition to this sandwich and gives it a little spice and unexpected flavor. The soup that’s served alongside the sandwich changes depending on the week. When I visited, I received a lovely cauliflower soup that was slightly thick with olive oil and toasted croutons. It was marvelous.

If you’re visiting for brunch and, like me, often find yourself torn between ordering coffee or a cocktail, Firestone’s offers a drink called the Night Owl that satisfies both cravings. Coffee liqueur, tequila, espresso and brown sugar come together in a martini glass, and it will put a jolt in your step for the rest of the day.

A brunch item that I was less impressed with was the Steak, Egg, and Cheese bagel. For starters, the sandwich was ginormous and impossible to pick up and eat as an actual breakfast sandwich. The goal, I think, was to make this a cheesesteak breakfast sandwich, but the steak was under-seasoned and the sandwich as a whole was very dry. The eggs were not runny, and there were no juices from the meat and no ketchup, savory jam or aioli, making the whole thing very parched.

My dinner visits however were knocks out of the park each time. Two of my favorite items are the Calamari Risotto as an appetizer and the Duo of Duck as an entrée.

Honestly, the fact that the calamari risotto is only an appetizer is outrageous. I would eat a whole bowl as my main course. Riced calamari, leeks, spinach and croutons come together in a dish that immediately transported me to the sea. It is salty and briny but holds the creaminess of a classic risotto. Perfection in a bowl.

The Duo of Duck is some of the best duck I’ve had. Slices of duck breast perfectly seared and served medium rare are beautifully plated around a towering leg of duck confit. On the other side of the plate is a heaping portion of cauliflower, leeks, house bacon, potatoes cooked in duck fat and a dollop of herb-heavy chimichurri sauce.

The last time I ate duck confit was years ago in Paris and eating it again at Firestone’s was a lovely, memory-inducing experience. The skin was crispy, the meat salty, and everything on the plate held that incredible savory flavor that can only come from cooking practically everything in duck fat.

If you’re not a big meat eater, or the duck just isn’t calling your name, I recommend the grilled swordfish. A big, thick filet of swordfish is grilled and served atop spinach, mushrooms and fingerling potatoes, all of which have been doused with an intensely flavorful foie gras butter. Swordfish is a mellow fish in terms of flavor, and grilling it gives a bit of smoky char, which perfectly balances the intensity of the foie gras butter.

If you’re in the mood for dessert, go for the Grasshopper Bombe. Two balls of mint cheesecake are encapsulated by hardened chocolate ganache that also holds a layer of fudge brownie. I’m not usually a mint person, but I really enjoyed this dish because I found the mint to be not too strong. It’s a lovely dessert and even a bit of a palate cleanser after such rich entrées.

Firestone’s is a staple of downtown Frederick, and after dining there for this review, I understand why. The food is excellent, the space is inviting, and the experience is refined without being stuffy. I hope it continues to prosper and remain a fixture of Market Street.

Katryna Perera is the food reporter and critic for the Frederick News-Post. A longtime food enthusiast, she has taken cooking classes both domestically and internationally and is continuously following food trends and restaurant openings. She also briefly studied food reporting while attending Columbia University’s Graduate School of Journalism.