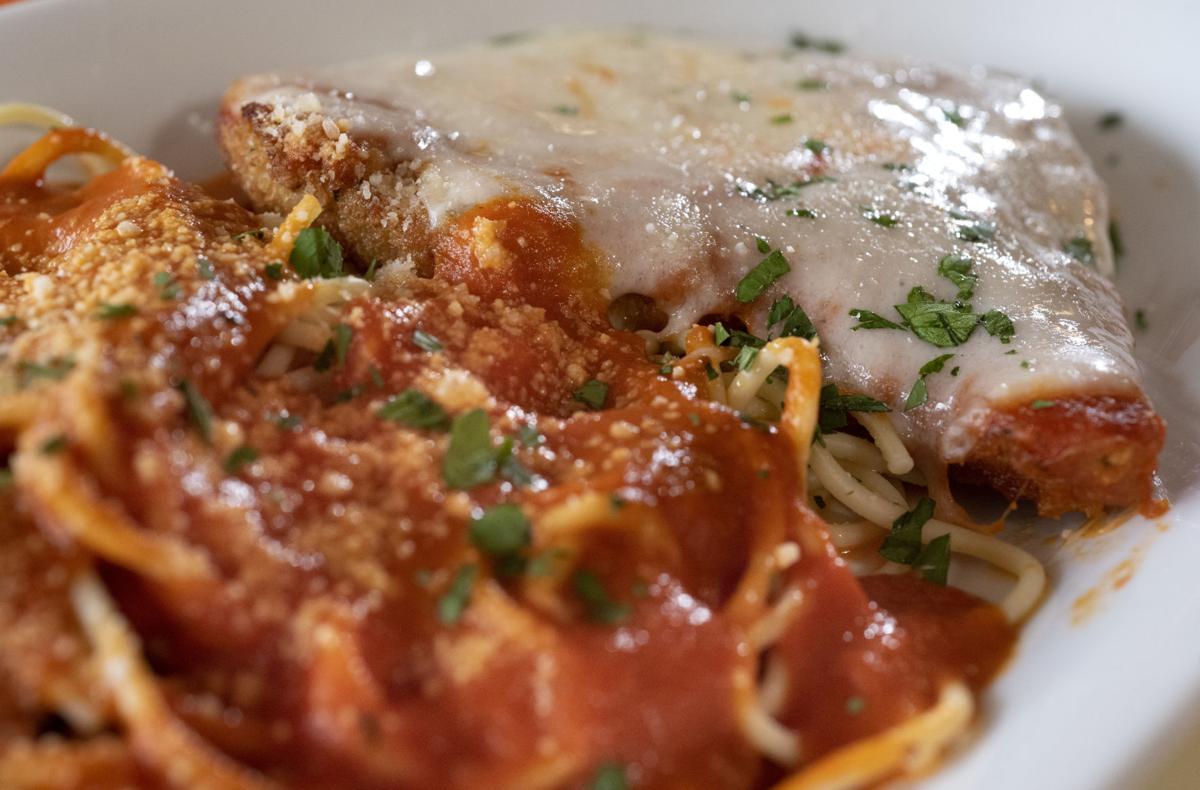 The chicken parmesan at Pizza Blitz in Frederick. 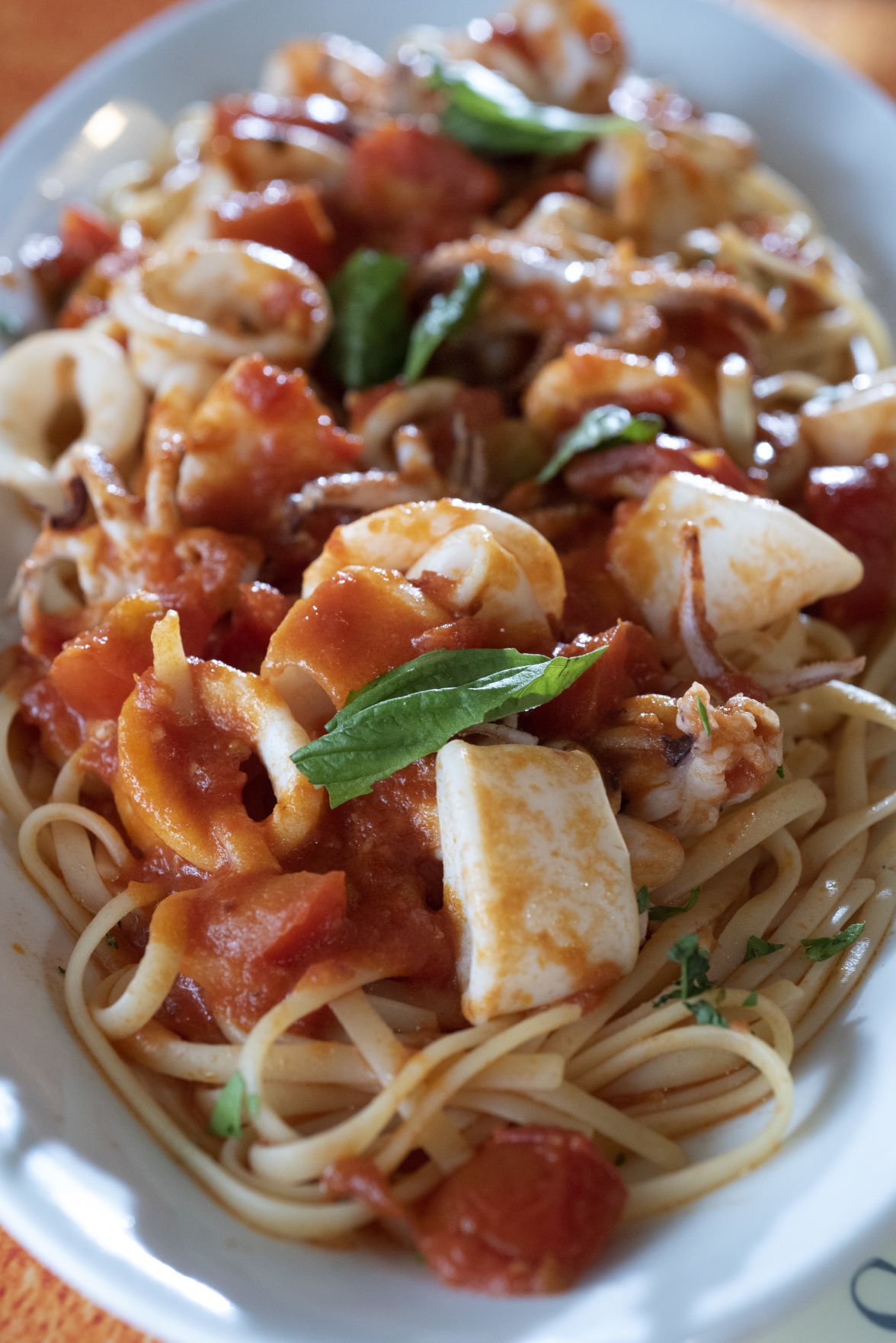 The linguine calamari at Pizza Blitz on Yellow Springs Road in Frederick. 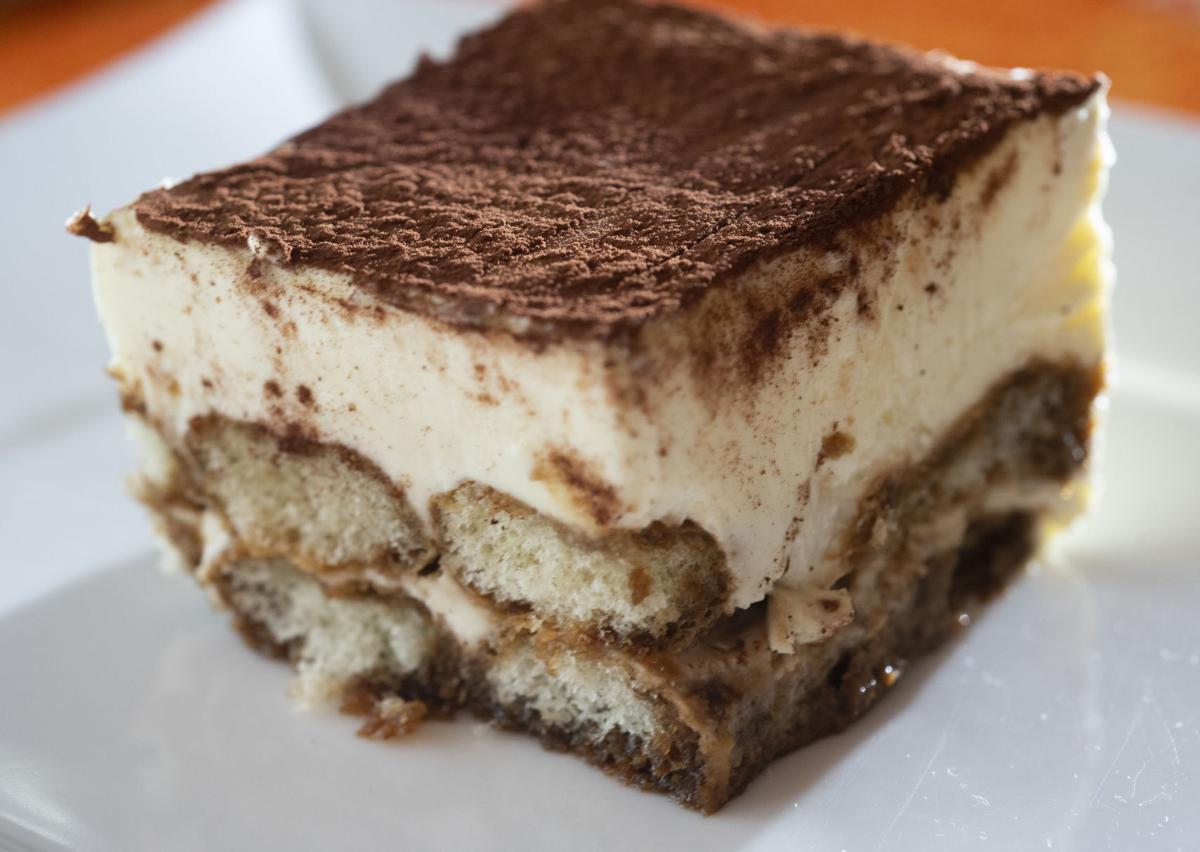 The tiramisu at Pizza Blitz on Yellow Springs Road in Frederick. 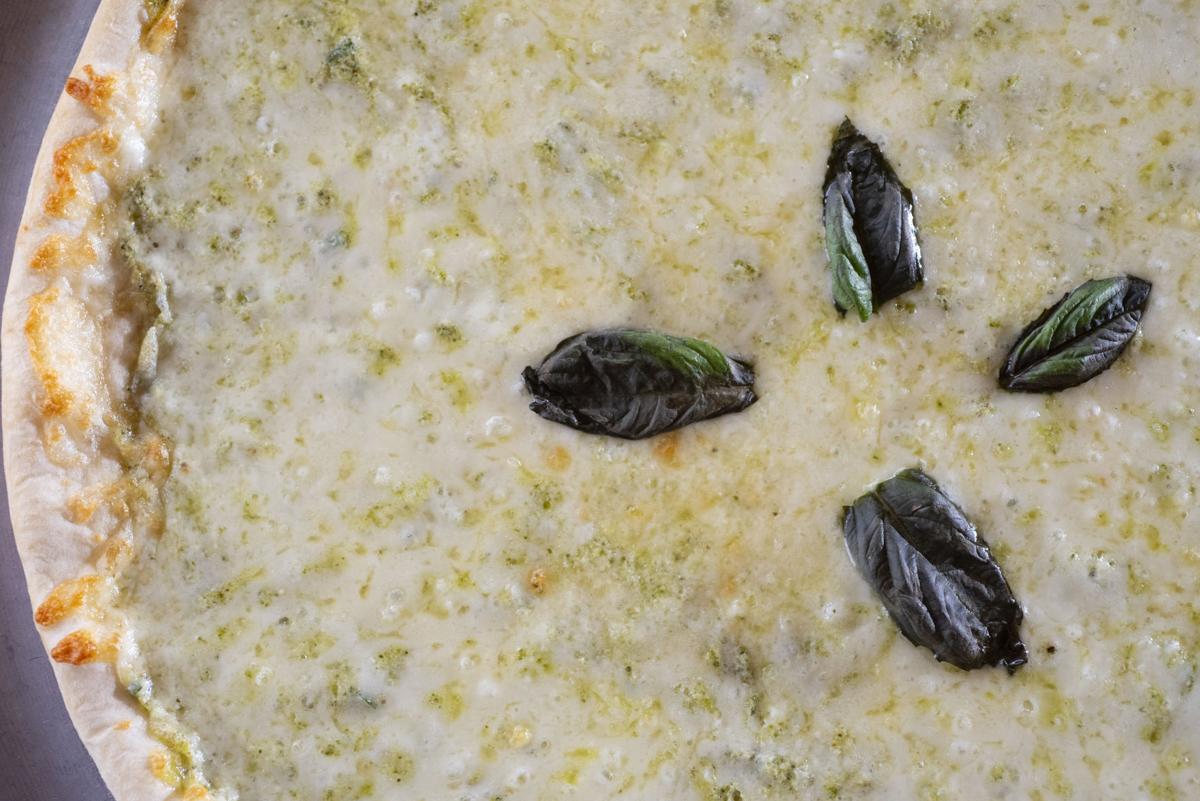 ABOVE: The pesto pizza. RIGHT: The linguine calamari. BELOW: The tiramisu at Pizza Blitz on Yellow Springs Road in Frederick.

The chicken parmesan at Pizza Blitz in Frederick.

The linguine calamari at Pizza Blitz on Yellow Springs Road in Frederick.

The tiramisu at Pizza Blitz on Yellow Springs Road in Frederick.

ABOVE: The pesto pizza. RIGHT: The linguine calamari. BELOW: The tiramisu at Pizza Blitz on Yellow Springs Road in Frederick.

It seems rarer and rarer these days to find an old-style pizzeria.

The kind that not only serve pizza but a plethora of pasta dishes. The kind that operates out of casual spaces that have dark green booths, worn down wooden tables, and cozy lighting with those lampshades that look like stained glass windows. The kind where youth sports teams might pile into after a game or the end of a season.

You know the kind I’m talking about? They’re hard to find these days. Many pizza places have resorted to counter-style, carry-out only spaces and to get good pasta you usually have to visit a full-scale Italian restaurant.

But lucky for Frederick County residents, you can still find that old-school, homey feeling at Pizza Blitz.

Sure, Pizza Blitz doesn’t have those multi-colored lamps but they do have the dark green and wooden booths as well as hanging fake plants and a few ceiling fans. The whole interior feels immensely nostalgic, like stepping into a much simpler time.

The menu is also pretty simple. Pizza, pasta, calzones, and a few subs make up the majority of the selection.

A slice of Pizza Blitz’s cheese pizza is a solid choice. The cheese is perfectly golden brown and the crust is thin while still being a little fluffy and doughy and very foldable — if you’re into that. It could have used an extra tablespoon or two of pizza sauce, as it was a little dry in some spots, but otherwise a well-done slice all around.

But if you really want to indulge in what Pizza Blitz does well, go for their pesto pizza.

Pizza with pesto on it is a hard thing to come by. I haven’t seen it on many menus, especially those of more casual joints like Pizza Blitz. And the times that I have found it, it is usually a little too dressed up, maybe with a chicken or vegetable topping.

But Pizza Blitz lets the pesto shine through in their version. It’s just pesto — which replaces the traditional marinara pizza sauce — and a ricotta and mozzarella cheese topping. The simplicity here is what makes this pizza delicious because you get to enjoy the strong flavors of the pesto. The pizza is not overflowing with pesto but has just a light layering, which makes it flavorful while not becoming overpowering.

If you’re in more of a pasta mood, Pizza Blitz has plenty of options.

The fettuccine alfredo, which can be topped with shrimp, is a fantastic choice. The fettuccine itself was perfectly thin and long and was so fresh it almost tasted like it could have been handmade. The alfredo sauce was incredibly creamy but not too heavy and had a lovely subtle flavor of sweet and salty. The only thing that would have made the dish better would have been some freshly cracked black pepper, but hey, if you have that at home you can add it yourself.

The linguine calamari is a great red sauce pasta option if you’re not feeling creamy. The dish comes with a ton of cooked squid — it’s not fried like most calamari — as well as some juicy, burst cherry tomatoes. The whole dish is then topped with some grated parmesan cheese and a little bit of chopped basil. A wonderful dinner entree that is bursting with seafood flavor while holding on to the comfort of Italian cooking. The pasta was a little overdone when I tried it, but such is life.

If you’re not a seafood person I suggest the chicken parmigiana. Two huge pieces of chicken are breaded, fried, and topped with a slathering of marinara and a heaping amount of melted mozzarella. The chicken is not overly breaded and didn’t get too soggy from the marinara, which I feel is sometimes a downfall of chicken parm. The spaghetti it comes atop of was a large portion, all coated with a slightly thick and chunky marinara sauce.

For dessert, I highly recommend the tiramisu. I’m not sure if Pizza Blitz makes it themselves, but regardless, it was practically perfect. The ladyfingers were oozing with espresso but still held their form and bite. The mascarpone was creamy and perfectly sweet. It’s a great way to end any meal at Pizza Blitz.

The restaurant is doing dine-in although most of their patrons seem to be more comfortable with carrying out. Regardless of which option you choose I guarantee that you will receive a delicious, hearty and comforting meal. It’s the kind of meal that allows you to stop in time for a while and just be content with what’s in front of you.