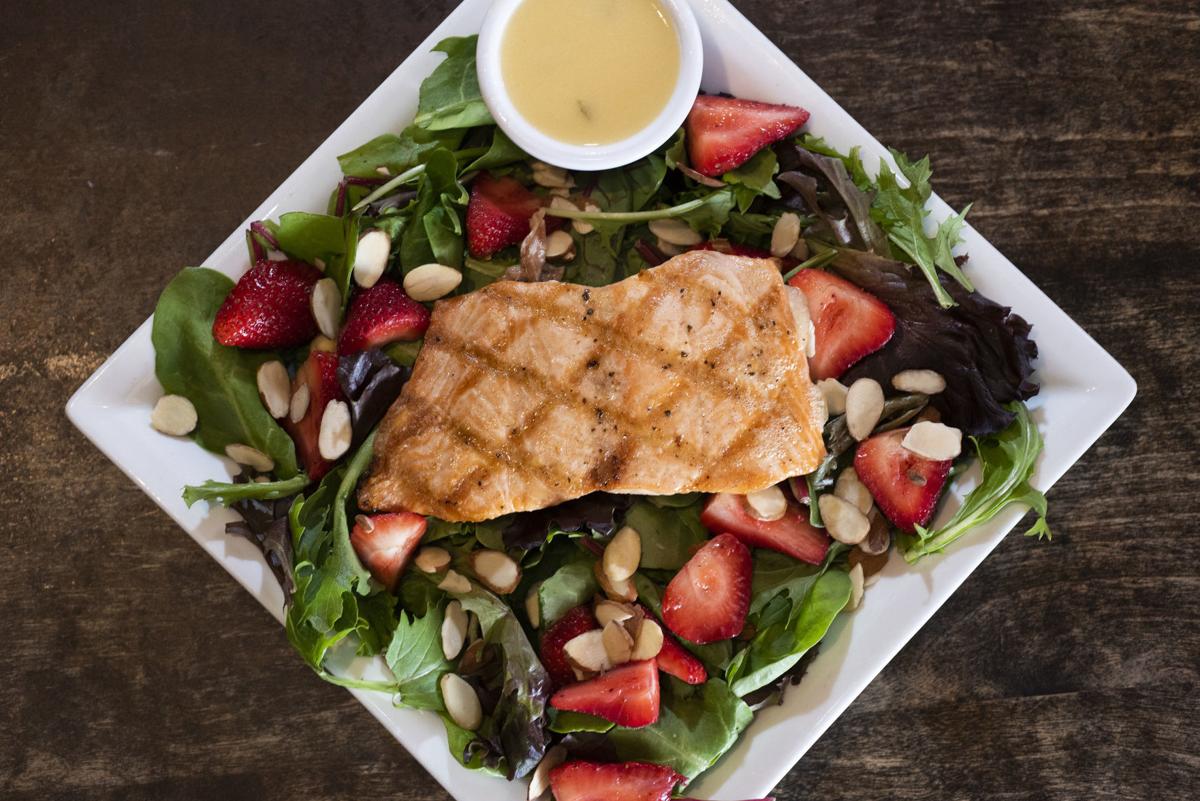 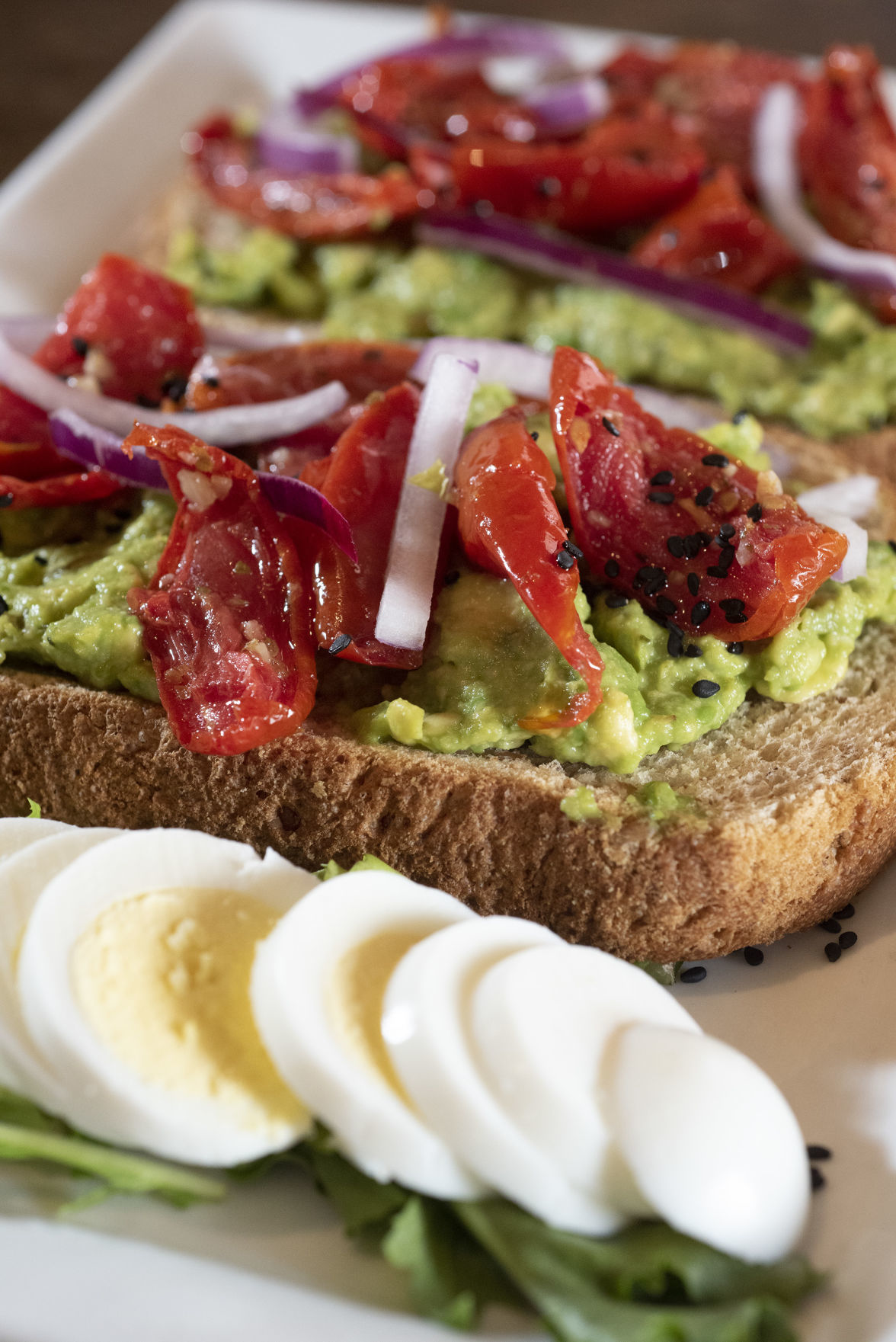 The Smash Toast at The Main Cup in Middletown. 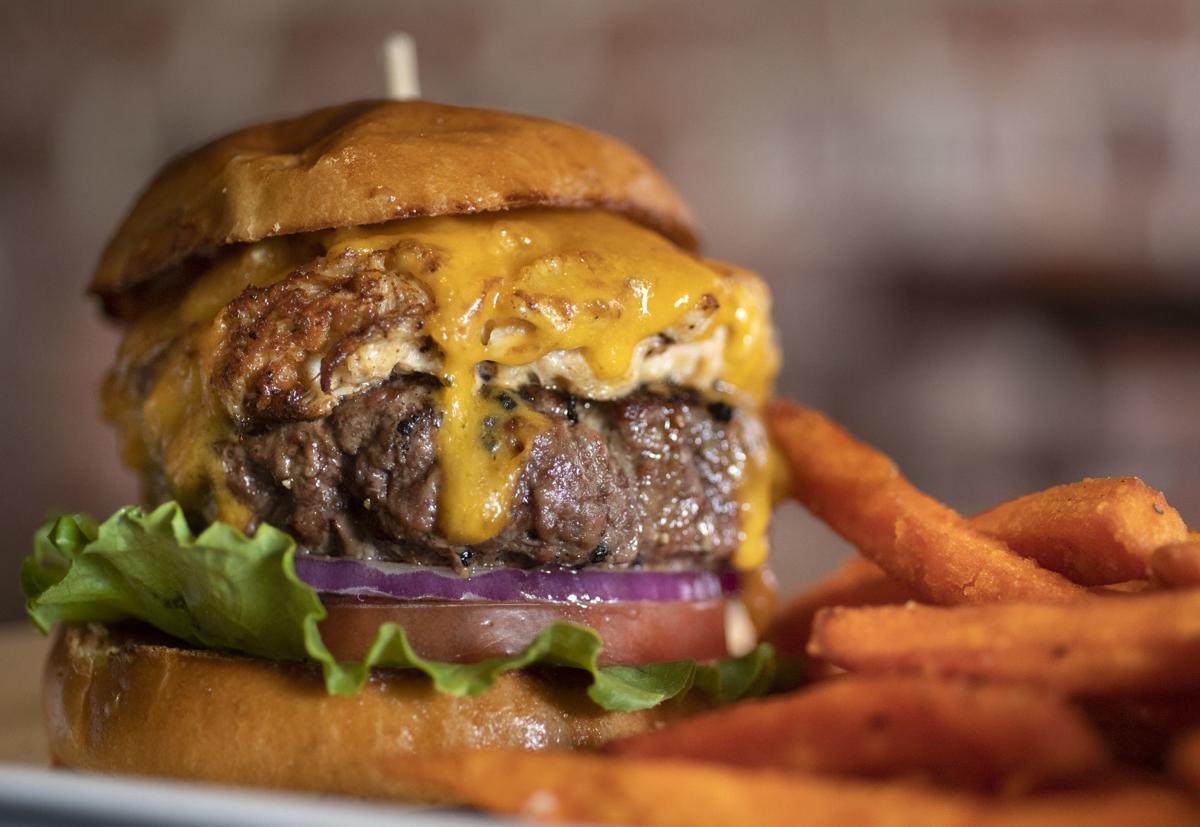 The Maryland Burger at The Main Cup in Middletown. 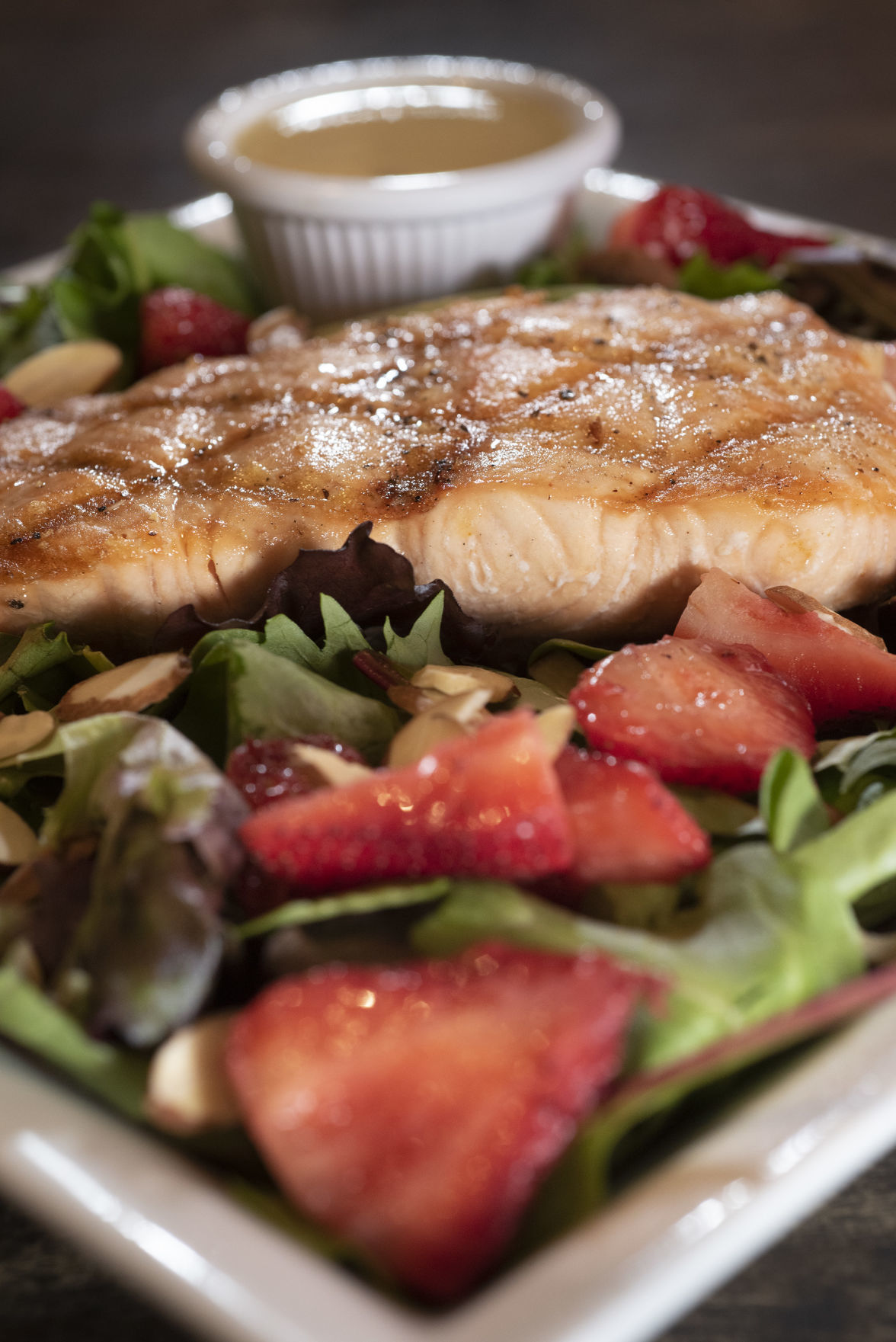 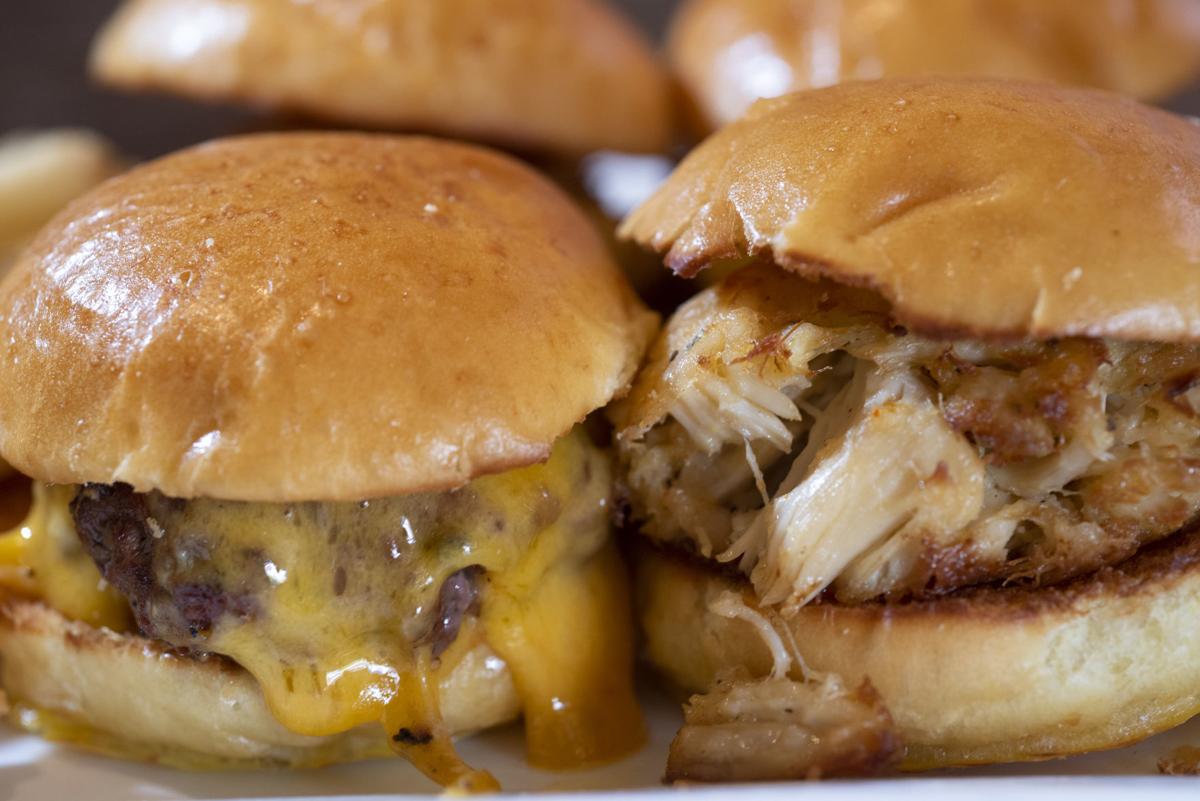 The mini surf and turf at The Main Cup in Middletown.

The Smash Toast at The Main Cup in Middletown.

The Maryland Burger at The Main Cup in Middletown.

The mini surf and turf at The Main Cup in Middletown.

Have you ever been sitting in a restaurant or coffee shop and liked every single song that is played over their speaker system? It’s almost as if your phone was taken and plugged in and your playlist was the one sending melodies throughout the space.

That was what I first noticed about the Main Cup in downtown Middletown. Every single song they played could also be found under “Liked Songs” on my Spotify account – everything from the Eagles, to Neil Young, even Ray LaMontagne.

The Main Cup is a restaurant, bar and café that serves up “casual American” food, said owner Bob Brenengen. And after spending a week driving out to Middletown there are two other things I noticed about the Main Cup besides their impeccable playlist.

One, they have a knack for serving you a variety of items at all times of the day, and two, they have a very Maryland-focused menu.

Tucked into a backspace off Main Street, you might miss it while driving by, but it’s there, serving up lunch and dinner every day of the week plus a Saturday breakfast and Sunday brunch

Their menu has variety without being overwhelming — looking at you Cheesecake Factory.

During a lunch visit, I tried the Strawberry Summer salad, which Brenengen said was one of their most popular. I was impressed with what I got. A full salad with lots of strawberries and almonds and a whole filet of salmon sitting on top.

It was the perfect meal for a weekday lunch. Healthy and filling. The salmon was cooked perfectly, not overly dry and the saltiness from its seasoning provided the perfect balance to the sweetness of the strawberries and the orange basil vinaigrette served alongside.

I was skeptical about how well salmon and strawberries would go together, it seemed like an odd pair, but I ended up cleaning the plate.

Along with the salad, another light but yummy option are the lettuce wraps which can be found in the “Starters” section of the menu.

There is the option to add chicken or salmon to the filling, but I recommend ordering it as is. What will come out is three or four large leaves of lettuce with a bowl filled with a warm medley of Brussels sprouts, bacon, broccoli leaves, and parmesan all tossed in a sweet dressing.

The bacon is what really makes it, offering a touch of umami and a nice bite to an otherwise vegetable-heavy dish.

In every section of the menu, there are dishes to remind diners that we are in Maryland, a state where the crab cake rules. In fact, the restaurant was featured in a Buzzfeed article in 2017 titled “11 Places to Eat in Maryland if You’re Obsessed with Crab.”

Brenengen said the mini surf and turf was one of their most popular dishes.

The crab cakes were meaty and plump with no fillers and the crab tasted fresh. However, I was disappointed by the lack of flavor. It was mostly just plain crab. I expected to taste the salty spice of Old Bay which usually covers Maryland crab cakes, but it wasn’t present at the Main Cup.

The tartar sauce helped to add some tang, but I kept wishing the actual crab had a little more brine or salt.

My guest put it well saying that even a squeeze of lemon would have helped accentuate the cakes to another level.

The Maryland menu item that did not disappoint, though, was the Smith Island cake offered on the dessert menu.

It’s rare to find a slice of Smith Island cake so far from the Eastern shore let alone on a restaurant menu and as expected. The waitress said it was the most often ordered dessert.

Nine layers of vanilla cake sandwiched between decadent layers of chocolate frosting, the slice came out barely standing upright looking like the Leaning Tower of Pisa.

But it maintained its stature and offered an addicting end to an otherwise fairly good meal.

The Main Cup has been steadily feeding the Middletown community since 2007 and I have no doubt that they will continue feeding patrons as anyone can find something there to suit their fancy.

This story has been changed to correct the name of the restaurant owner. His name is Bob Brenegen.

I'm not a fan. The entrance is hidden, and parking is horrible, especially as Main Street and its sidewalks are torn up.

It’s been some time since visiting this restaurant, so possibly they have improved due to some recent new competition, but I was not impressed and thought they were overpriced at the time.

"But it maintained its stature and offered an addicting end to an otherwise fairly good meal." Wow. Rave on.

The owner's name is Bob, not Ben.

The Main Cup is always good and it's always crowded.