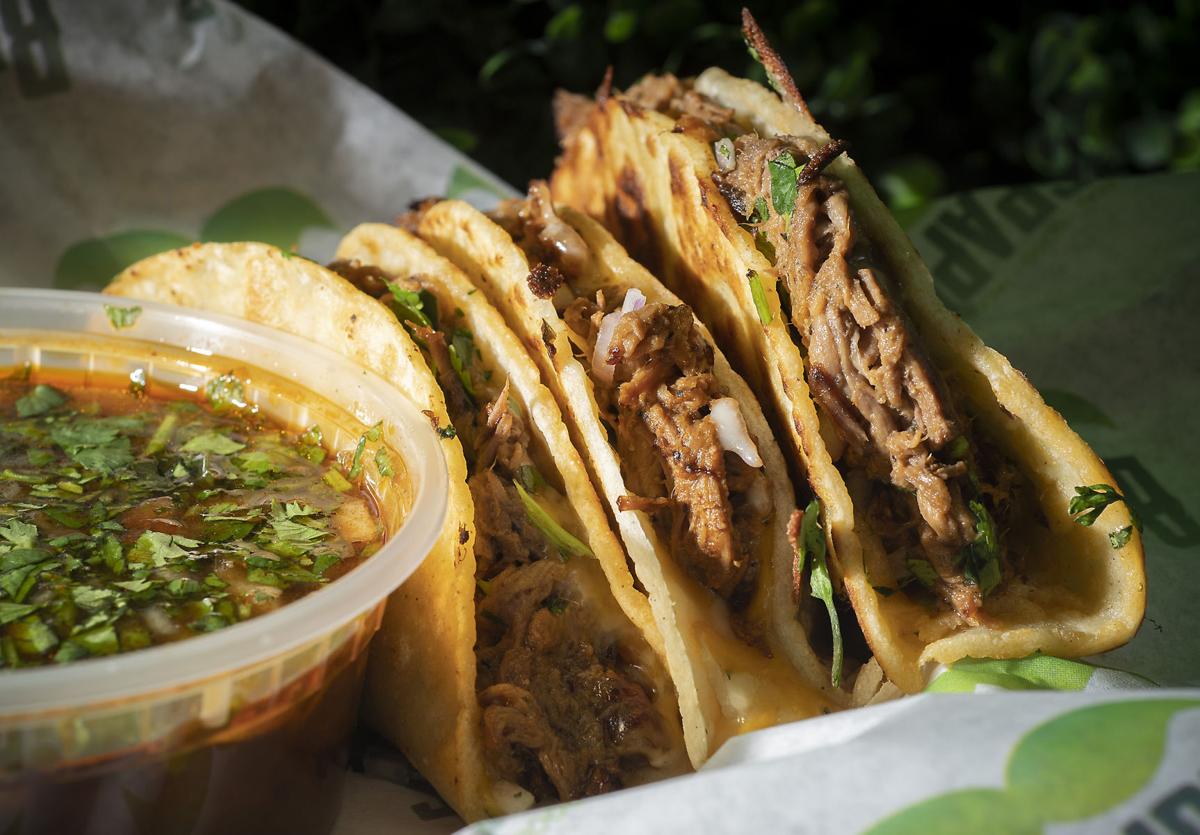 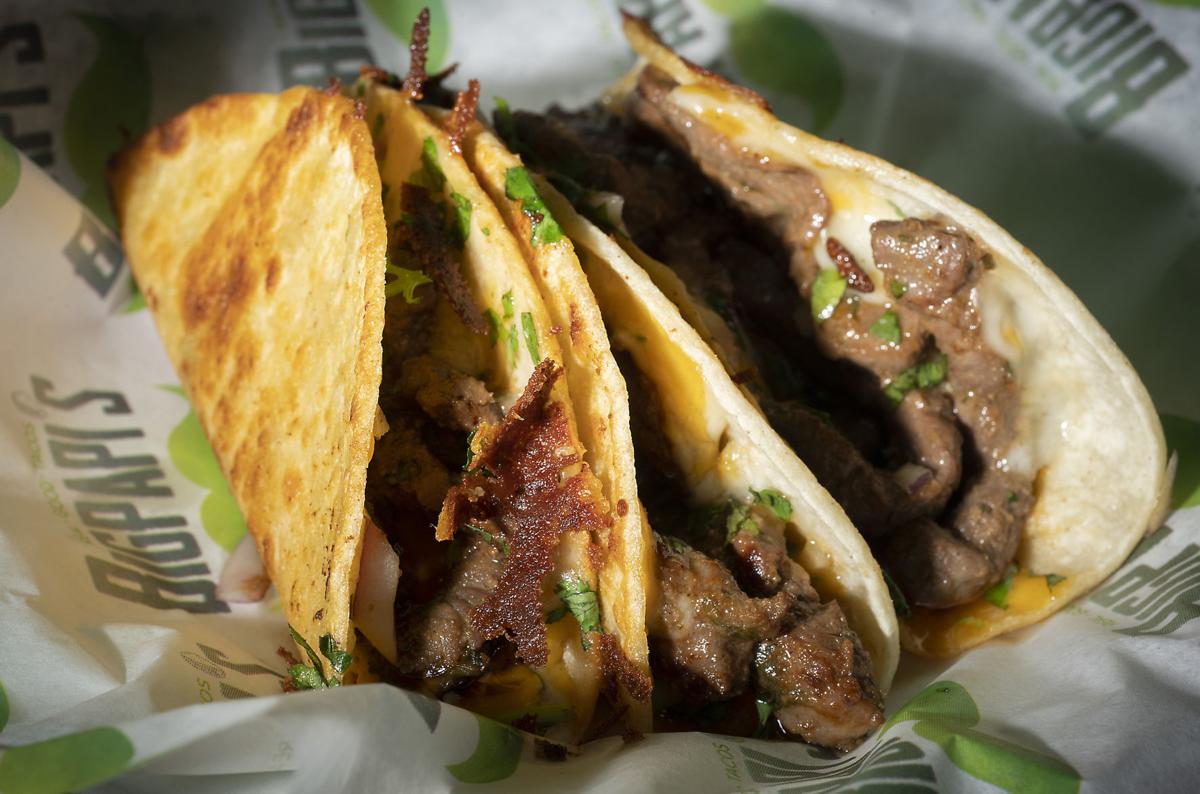 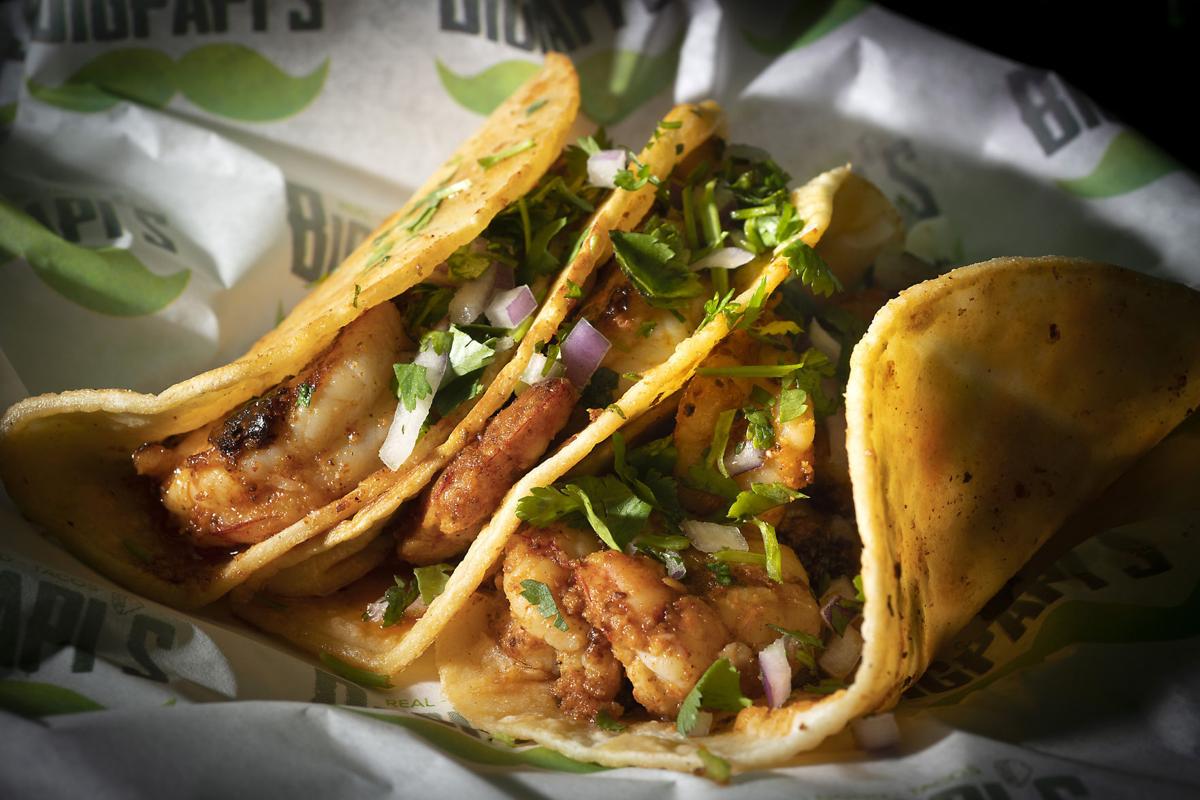 Birria tacos have finally made their way to Frederick. And your food critic couldn’t be more thrilled.

Birria tacos have been dominating my social media feed for the past few years as they have started to gain popularity in this region, but they are surprisingly hard to find in Frederick County.

That has changed, however, with the opening of Big Papi’s, a new taco carry-out spot on Industry Lane whose very first menu item is birria tacos.

So what exactly are these tacos, and why the hype?

Birria tacos traditionally consist of braised meat inside a corn tortilla topped with cheese (usually quesillo), onions and cilantro and then pan-fried in the fat from the meat. The tacos are served alongside a small bowl of consomé, which is broth also made from the same meat inside the tacos.

The resulting meal is a lovely stack of crispy, juicy tacos that can be dipped into a savory and rich consomé. It’s essentially the same concept as a French dip sandwich but with tacos.

Big Papi’s offers a meal of three birria tacos with a small cup of consomé, and I suggest you try it as soon as possible. Were they the best birria tacos I’ve ever had? Unfortunately, no, the tacos weren’t as fried or as crispy as I would have expected, and the broth was a little bland. I didn’t taste any deep umami flavor that is normally typical of such a meat-rich broth, but if you’ve never had birria tacos, the ones from Big Papi’s are definitely worth a try.

The lack of flavor is something that seemed to be consistent throughout the items Big Papi’s offers. I spent some time carrying out food from the new restaurant, and although it smells amazing when you walk in, those aromas didn’t always translate into taste. I tried everything from the chicken tinga tacos to the vegan chorizo tacos, and everything seemed to be lacking just a bit of flavor and spice.

The chicken tinga and vegan chorizo ranked toward the top of my list though. The chicken is shredded and very, very juicy. If you swapped out the corn tortilla and put some barbecue sauce on it, it would actually be a great pulled-chicken sandwich.

All of Big Papi’s tacos are typical street-style size and served with a simple topping of cilantro and onions. The problem I had, however, was that there weren’t enough onions and cilantro. On some tacos, I could barely find any flecks of green, let alone white little cubes of onion, and because of that, I mostly tasted the meat and the tortilla. Some may be thinking “why is that bad?”

In my opinion, a taco, much like any dish, is made well due to a combination of ingredients. The meat in a taco gives it the heartiness factor. It’s the thing that draws you in. But the toppings are just as important. They elevate it, give it brightness, acidity, freshness — and without them, the taco just doesn’t rise to its full potential.

The vegan chorizo tacos were pretty well done, however. It actually looks like crumbled chorizo in the taco, and although the texture is different from typical sausage, I found this plant-based alternative to be a worthy substitute. It was also well-seasoned, giving off that same array of spices like cumin and garlic that is so typical of good chorizo.

The shrimp tacos were also satisfactory. Big, plump shrimp were grilled well and not overcooked with a beautiful sear on them. The shrimp had a lovely chili and salt flavor, emblematic of something you would get at the beach.

Another good item that actually has more toppings than you could ask for is the Big Papi Taco. A thick, medium tortilla is served open-face with a huge pile of sliced steak, pinto beans, onions, cilantro, pico de gallo, guacamole and cotija cheese. There is also mozzarella cheese baked into the surface of the tortilla until it’s golden brown and crispy. This single taco is big enough for a meal and if you are able to get everything together and pick it up it’s absolutely delicious.

There was an item from Big Papi’s though, that I was probably most disappointed by and it wasn’t any of the tacos. The Esquite street corn was a huge letdown. I love any variation of Mexican street corn and was excited to try Big Papi’s, especially since they offer an option to add a topping of crumbled Hot Cheetos.

I ordered the corn with the Hot Cheeto topping, and while it was a big container with a ton of corn slathered in a mixture of butter, mayo and Cotija cheese, there was absolutely no seasoning, and I could barely taste any chili powder or lime or salt — three flavors that are so necessary for street corn. The Hot Cheetos topping did nothing for the dish, other than make the container look colorful and add a bit of crunch.

I’m hoping that with time Big Papai’s will improve on their recipes and begin to offer better tacos and other items, especially the street corn and birria. But until then, I may find myself going elsewhere if I’m really craving tacos, unless I’m really in need of some birria and consomé, in which case, Big Papi’s will do for the time being.

Quesabirria is amazing, the Papi Fries are a huge hit in our house, and I LOVE their pinto beans. Try everything, it's so good, we go back over and over.

I think Mexican and Tex-Mex are cuisines that are hard to do really well and hard to do really poorly (coughLaPazcough — the worst I’ve ever had). I still remember a Mexican restaurant in LA that I ate at almost 30 years ago. Unbelievably good.

I still wish someone would tell me where one could get German food (apart from the Bavarian Inn in Shepherdstown, WV) or Swedish meatballs in the area? Chinese, Hispanic, Italian, American cuisine/restaurants are a dime a dozen and Indian, Thai and others maybe a quarter a dozen.

This evaluation was harsh for a new small business that had the courage to open during a world wide epidemic. The Quesaburria at Big Papis is reason enough to visit, it’s unique and absolutely delicious, and large enough to share with several diners. The consommé and guacamole, and shrimp tacos are also excellent. The owner appears to be very humble and appreciative of each person walking through the threshold of the establishment. Quality customer service! Big Papis is a welcome addition to our area and my family, friends and I will continue to enjoy our visits.

At least the headline writer gave them a break. Geez

I think their shrimp tacos rock. But she's spot on with the need to tweak the other recipes.

I wouldn’t know. I only know they’re new. Tough time to be new.