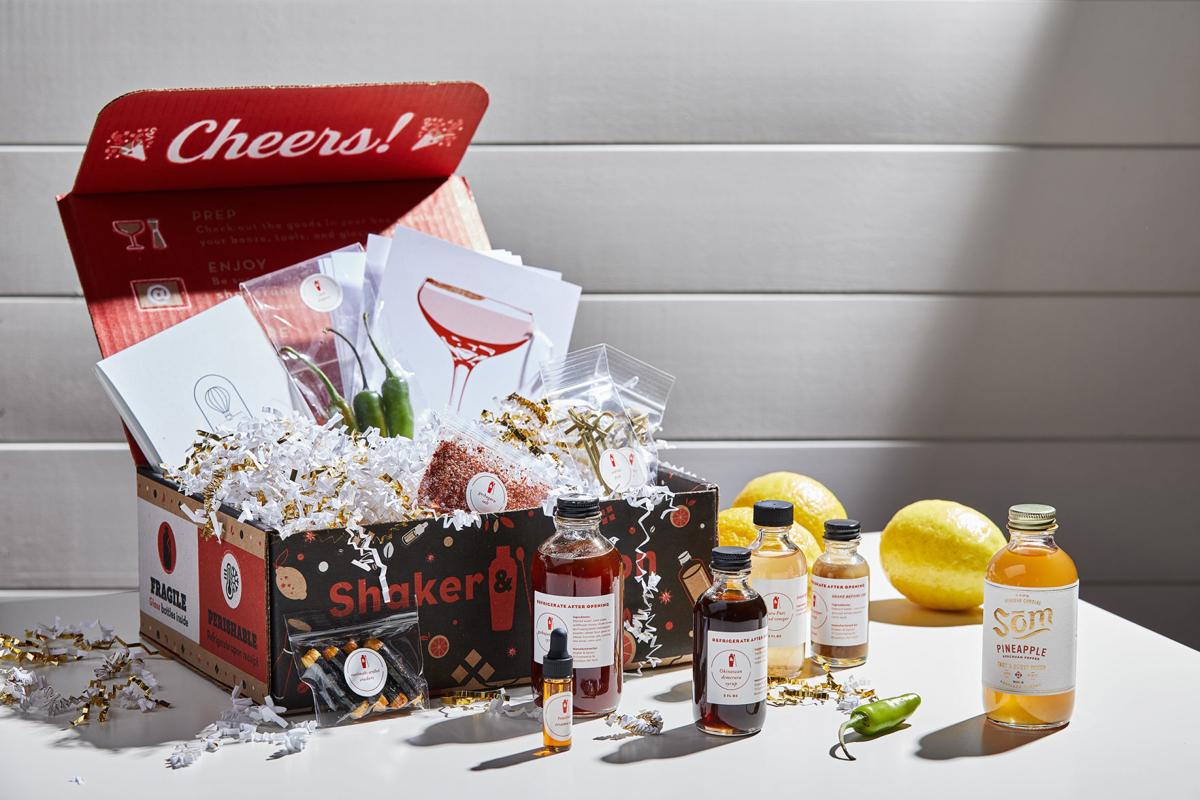 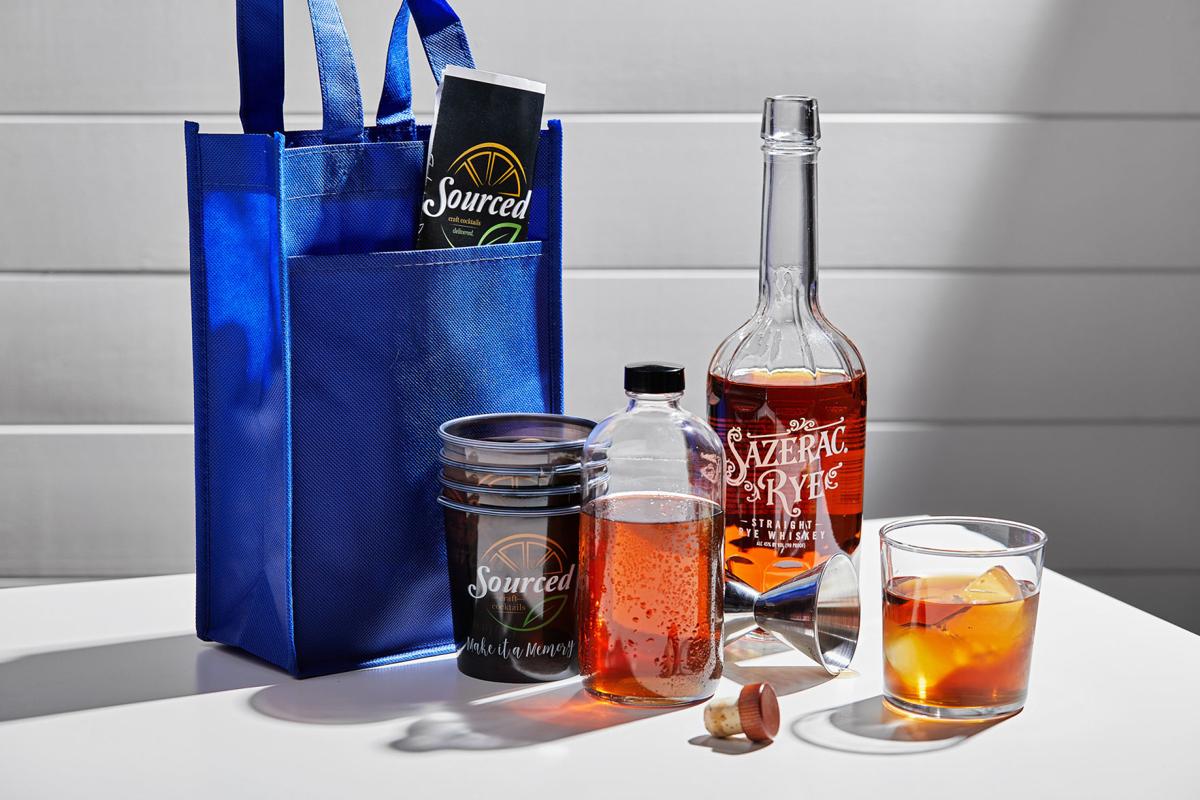 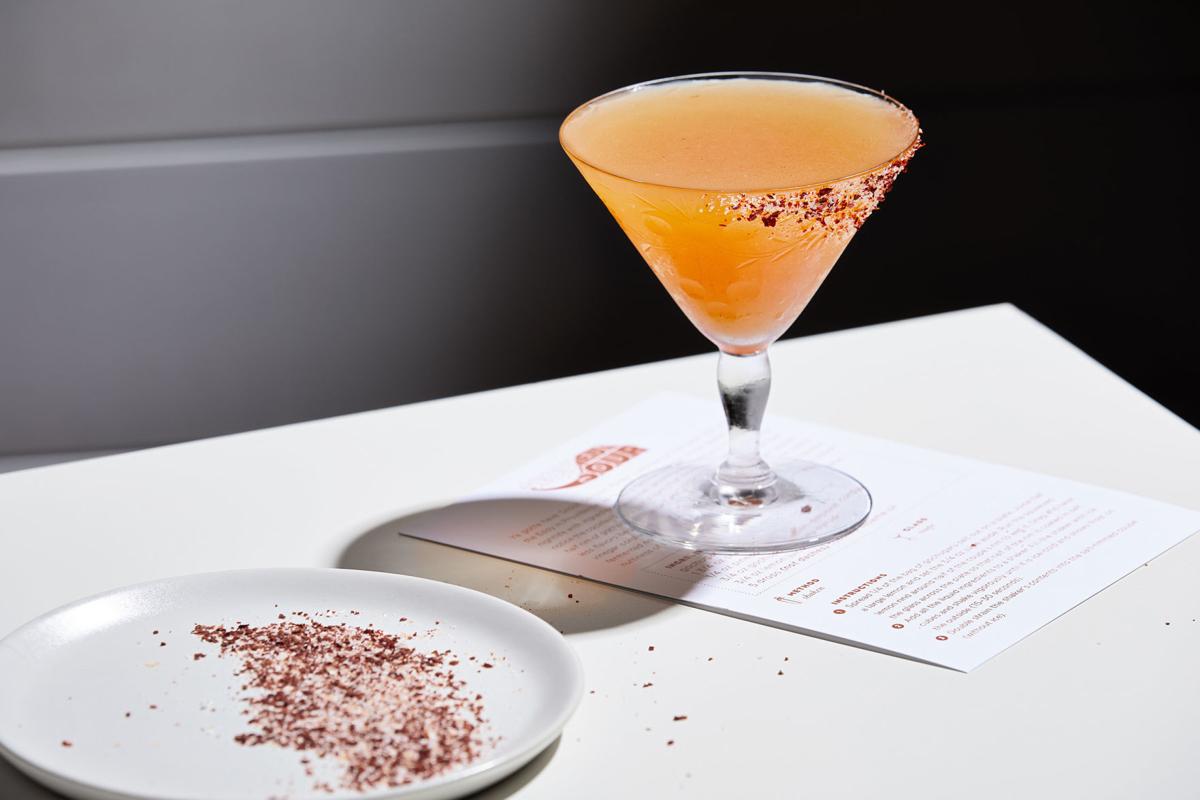 Shaker & Spoon’s Seoulful Sour, made from a kit

Shaker & Spoon’s Seoulful Sour, made from a kit

I’ve always enjoyed the total process of cocktailing, from conception to execution — from coupe to nuts, as it were, including sourcing ingredients.

Though I’d seen ads for cocktail kits, I tended to dismiss them. After all, I was that creeper in the grocery store, fondling the lemons to find one whose peel was firm enough to produce the right snap, lingering in the tea section to consider whether an extra peppery chai was what I wanted for this infusion, ogling the mezcals at the liquor store to see what new agave might be represented, visiting international markets to wander through rambutans and dragon fruit and herbs that might add something interesting to a drink.

I want to acknowledge that the above facts mark me, on a global and even national scale, as someone who enjoys substantial economic privilege. But like many forms of art and recreation, the consumer side of craft cocktails — whether made at home or enjoyed in intimate bars in the Before Time — has long been that. I’ve thought about this even more over the past months, noting in the news and my social media feeds the gaps between those watching loved ones and livelihoods fall before the onslaught of an unseen pestilence and those who, thus far, seem mostly focused on the annoyances of their gray roots coming in and wondering where to source a duck to roast for a three-hour recipe they never before had the time to make.

But this is a column about cocktails, and so while I appreciate what tolerance readers lend to my occasional digression into uneasy surface-scrapings of massive social issues, I shall swerve back to my original point, which was ... hmm, where was that point again? Oh yes, here it is, under this pile of groceries I’m nervous about touching: Remember when acquiring ingredients was part of the pleasure of making something?

Lockdown Me suddenly understands the appeal of the delivery cocktail kit, which arrives on your doorstep fully (or partly, depending on your state’s liquor laws and the particular kit you order) loaded with the recipes, instructions and ingredients you need to make a good drink without ever having to step outside your anti-virus bubble. You can even get a monthly subscription to some.

If you’re in a decent-size town, it’s likely that a few distilleries and cocktail bars in your area have recently added some form of cocktail kit delivery model themselves, and it’s worth exploring that. With bars closed and local bartenders out of work, you might be able to throw some support to the bars and people you love locally. Some of the delivery cocktail kit companies that were around before the pandemic have also added elements to support those in the industry who are now out of work.

The cocktail kits you can order vary in model, with some including the alcohol and others focusing solely on mixers and garnishes; the patchwork of state and local laws around alcohol and the higher fees required when a delivery requires an adult signature have driven different approaches.

Apparently, I’m not alone in finding new appeal in the idea. Several folks I spoke to for this story said their business has doubled or tripled in sales volume in the past few months — at the exact point it’s also become more difficult to run.

“Sales are through the roof. It’s like a perfect product for the moment. High demand, very popular, but we’re in New York so the logistical problems are very real,” says Anna Gorovoy, co-founder and chief marketing officer for cocktail kit maker Shaker & Spoon, which has revamped its whole business model to both protect its staff and continue meeting demand.

Sourced Craft Cocktails, based in Austin (with deliveries also available in Dallas, New York, L.A., San Francisco and soon to be in D.C. and Chicago) launched in 2015 and had developed a business around large corporate events and festivals, serving more than 980,000 craft cocktails at live events last year. South by Southwest, says CEO Tim Angelillo, is usually one of the company’s busiest periods.

“Obviously they made the right decision in our opinion to cancel in the effort to protect the local community,” says Angelillo, but “what that meant on our end is we had over $600,000 worth of shift labor from six festivals that postponed that literally vanished over three days. And we thought, oh my God, we’ve got to find a way to keep a roof over folks’ heads.”

Sourced has pivoted to contracting local bartenders to acquire drink ingredients and then deliver cocktail kits to local clients. In D.C., where they’ll be launching soon, they’ve gotten workspace at the Game Sports Pub. My pre-launch kit was delivered by Christine O’Flanagan, who will be running the D.C. operations for Sourced. O’Flanagan had recently moved to the District of Columbia and was training to start bartending at Officina when the coronavirus struck and she was laid off. She’s done a few deliveries as they gear up and says it’s a huge relief to have some source of income.

Shaker & Spoon usually has 40 to 50 people in its workspace in Brooklyn but has cut that to 15 and added a night shift to keep people properly distanced. It has added decontamination stations and ordered masks for its whole team, and because the subway isn’t safe, “we ended up hiring a 15-person van that drives our employees down. ... One of our employees drives this big van, just collecting throughout the city to get them to us in Brooklyn,” says Mike Milyavsky, founder and CEO.

The cocktails you can make with the available kits range in complexity as well. If you’re looking for something through which you can put one and one together and get a delicious two, that option is out there. From Sourced, I recently ordered a cocktail called the Evening Standard. What arrived was a full bottle of Sazerac Rye and a smaller bottle of apricot-Demerara syrup and bitters; making a delicious apricot-laced riff on an Old Fashioned that was as simple as mixing the two together in the proportions spelled out by the accompanying instructions.

By contrast, Shaker & Spoon — which offers a new themed kit each month — sent a box loaded with ingredients, including fresh lemons and chile peppers, black tea, and a pineapple-Szechuan peppercorn shrub, to make three different drinks from Daijoubu, an Asian cocktail pop-up. There are many options out there, and you can find a kit that suits your level of expertise and interest — and that of those you might be virtual-cocktailing with.

It’s those missing social connections, too, that for me have added appeal to the delivery cocktail kit model. Accustomed to drinking with friends in places where I can hear them laugh, touch their shoulders, I’ve found connecting via videoconferencing a truly mixed bag: simultaneously comforting to see loved ones’ familiar faces and enormously frustrating to not be able to lean over and throw an affectionate arm around their shoulders. I’m grateful for what remains, and yet what remains is so bereft of the tactile pleasures of genuine company.

So I find a modicum of comfort in the idea of ordering the same kit as a friend, and being able to savor the exact same drink from a distance — knowing we’re tasting the same thing. It’s like the cocktail can briefly step in for the moon in the old song: I see the moon and the moon sees me, and the moon sees the one that I long to see.

Some cocktail kits to check out, availability (and alcohol availability) varies by location:

Shaker & Spoon: $40 to $50 a month for three recipes and all ingredients (except alcohol) to make 12 cocktails. https://www.shakerandspoon.com/

Crafted Taste: $100 to $210 for 12 to 16 cocktails (can be ordered with or without the alcohol), book, napkins, recipe cards and upgrades such as copper Moscow Mule mugs. https://www.craftedtaste.com/

Saloon Box: $42 to $95 for 8 to 12 cocktails (can be ordered with or without the alcohol). Subscriptions available. https://saloonbox.com/

Cocktail Courier: $30 to $160 for two to 16 cocktails (can be ordered with or without the alcohol). Subscriptions available. https://www.cocktailcourier.com/

What fool would buy into this? Liquor stores never shut down. They're essential. Just go buy whiskey and stuff and make your own. Bar not needed. Bar delivery not needed.

Agree. I can whip up a gin and lemonade on a warm afternoon or a good peaty scotch in the evening and beat those prices all day long. Plus, the bar at Bosco Manor opens early and closes late if need be. It makes house arrest a bit more palatable.