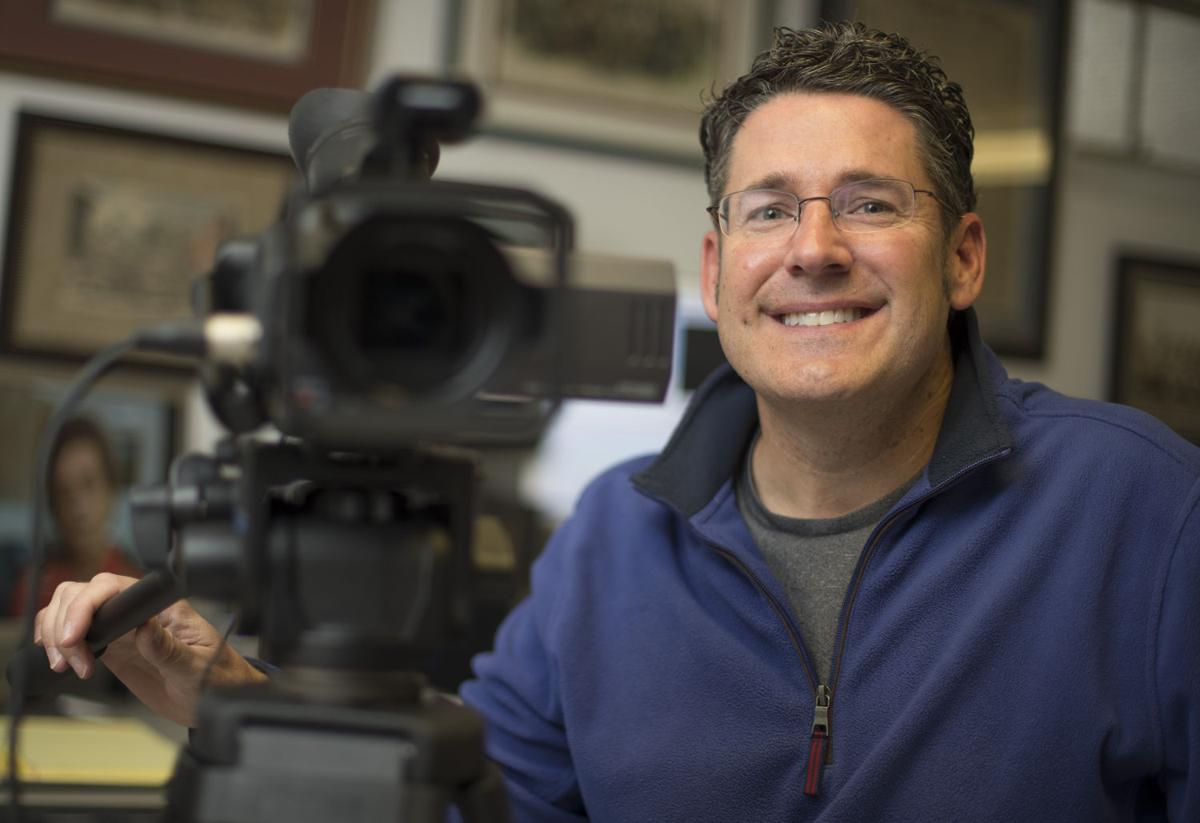 Videographer Chris Haugh in his home office. Haugh has started a business interviewing and recording people for family history projects. 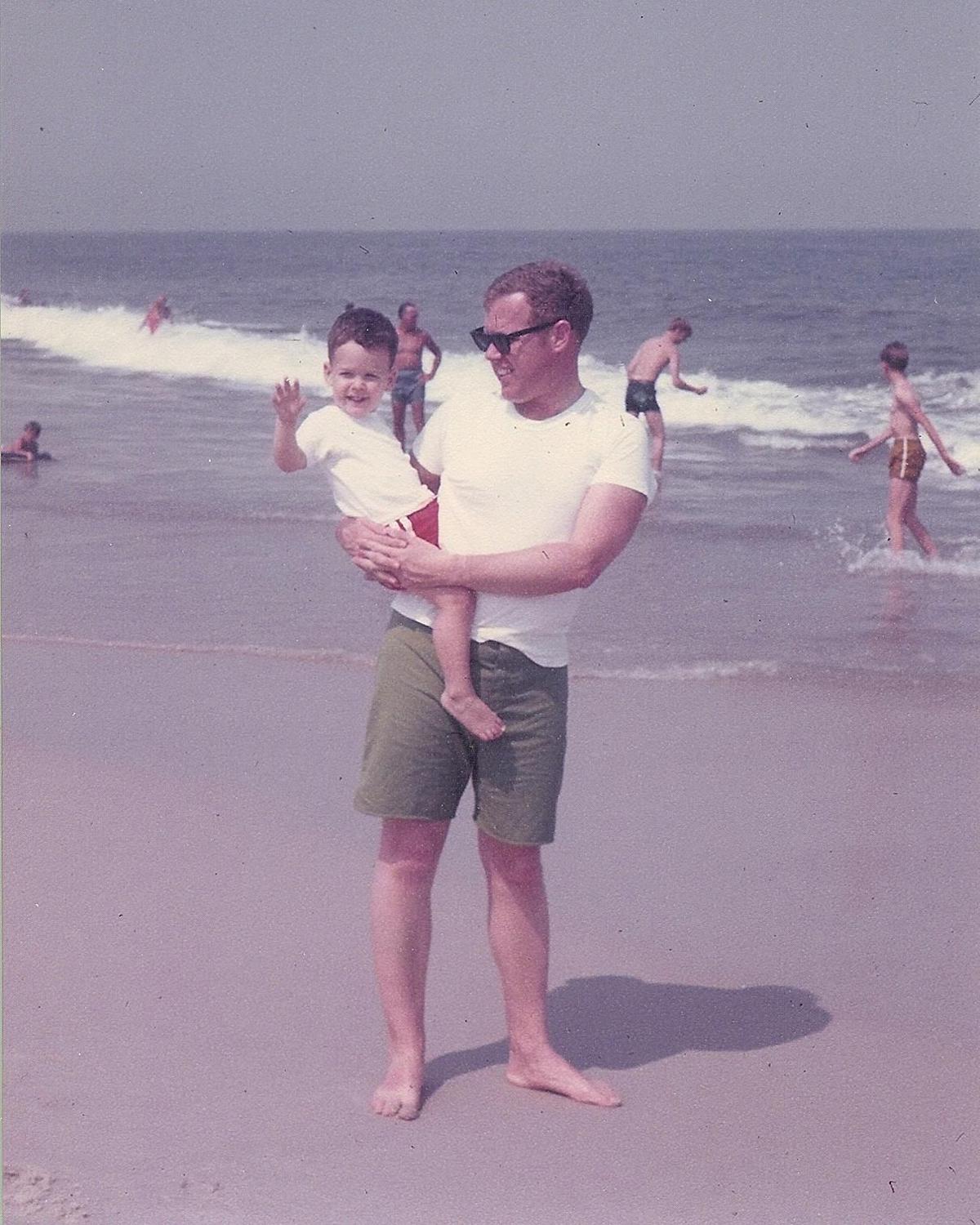 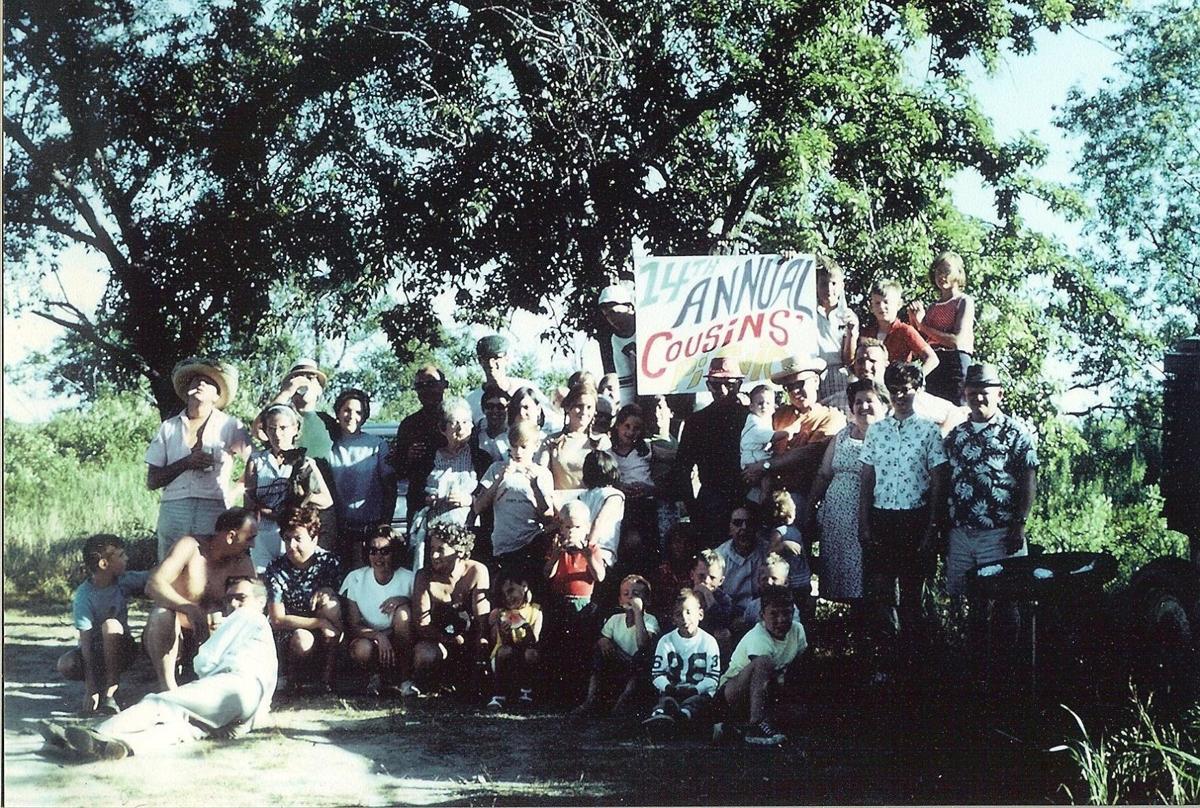 LEFT: Chris Haugh, age 18 months, with his parents, grandparents, great grandmother and cousins at a family reunion in 1968. RIGHT: Chris Haugh at the ruins of his great-great grandfather’s farmhouse in Hockessin, Del. 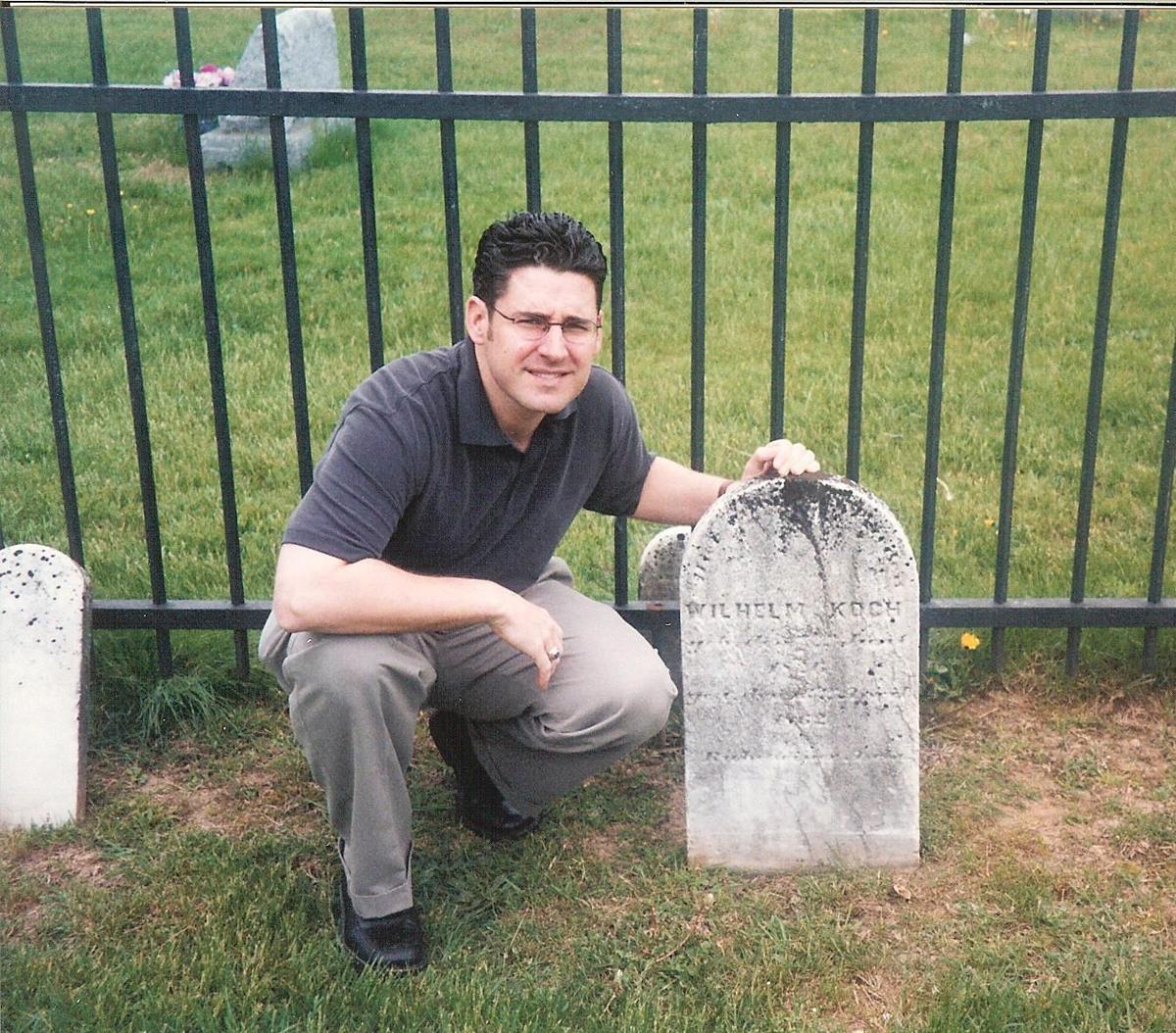 Chris Haugh at the grave of his great-great-great grandfather, Wilhelm Koch, in Delaware City, Del. 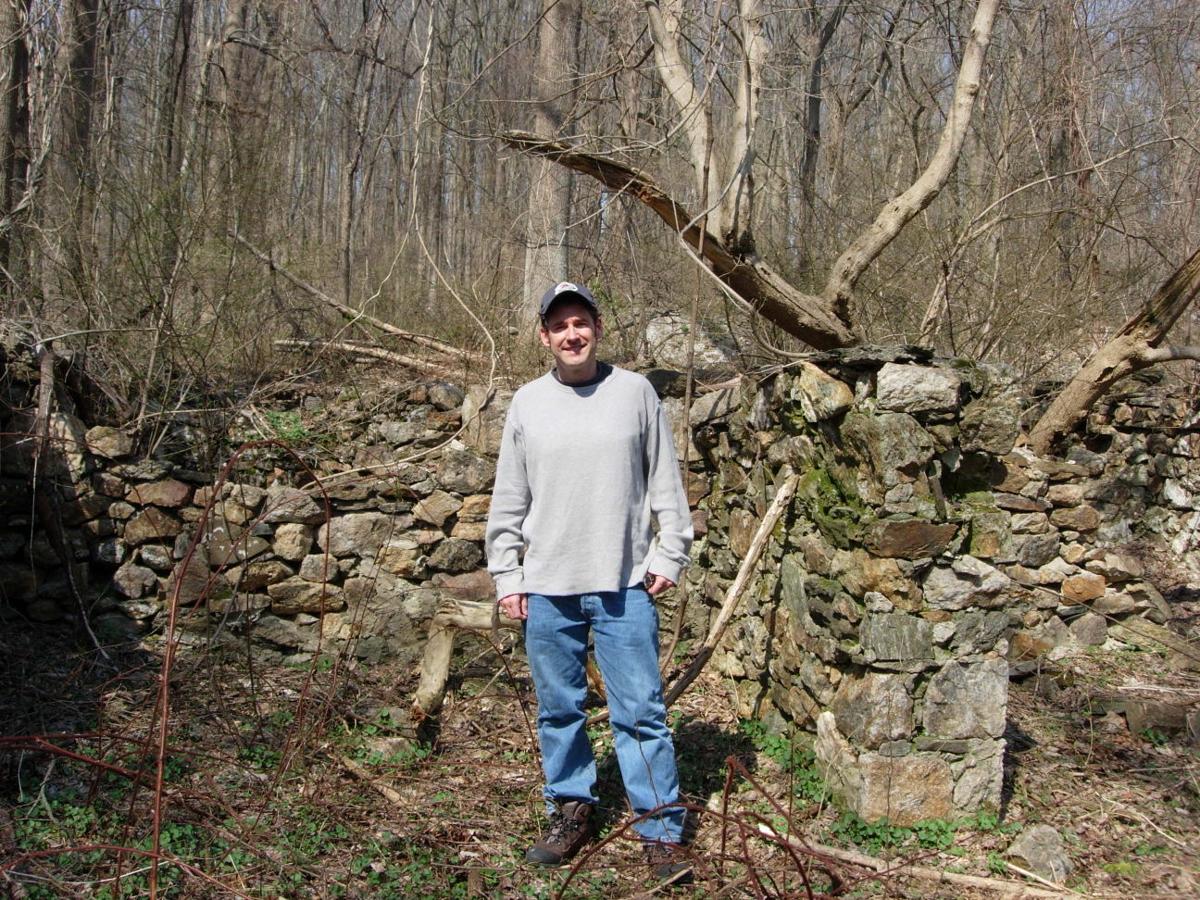 Chris Haugh at the ruins of his great-great grandfather's farmhouse in Hockessin, Del. 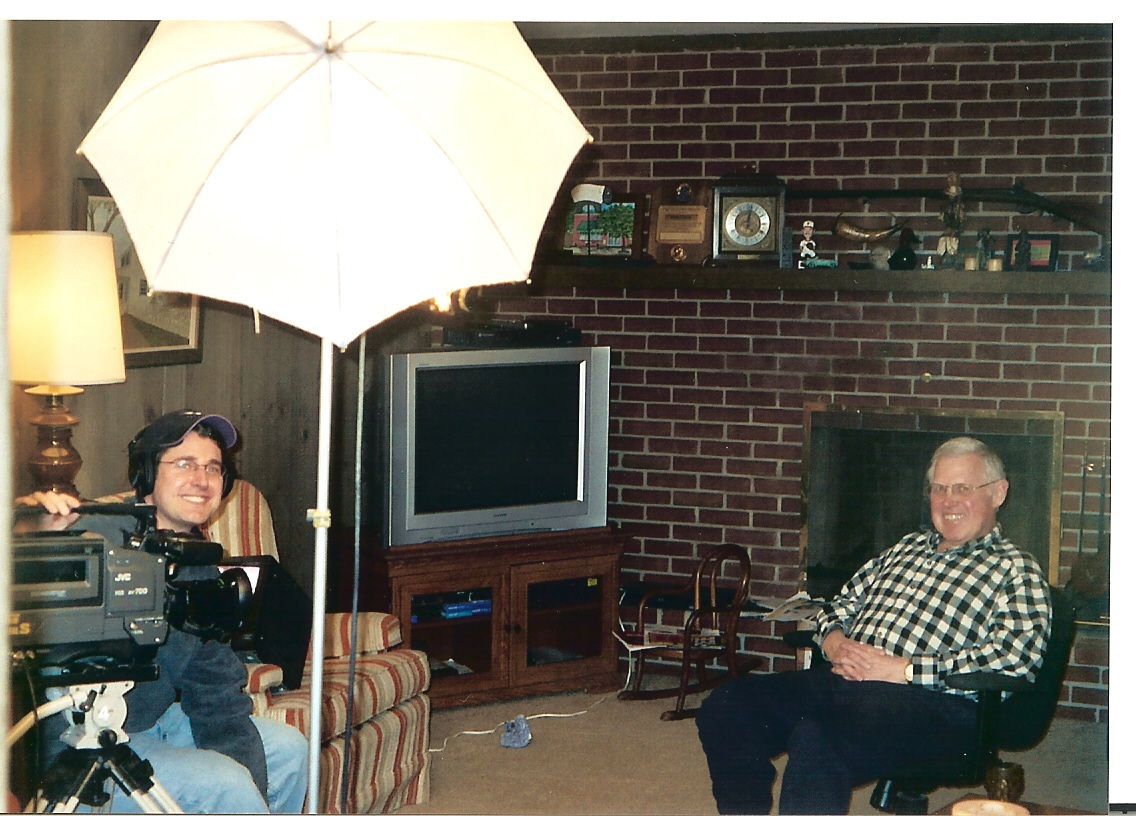 Chris Haugh interviewed his father in March 2004 for a family history. His dad died of cancer three months later. 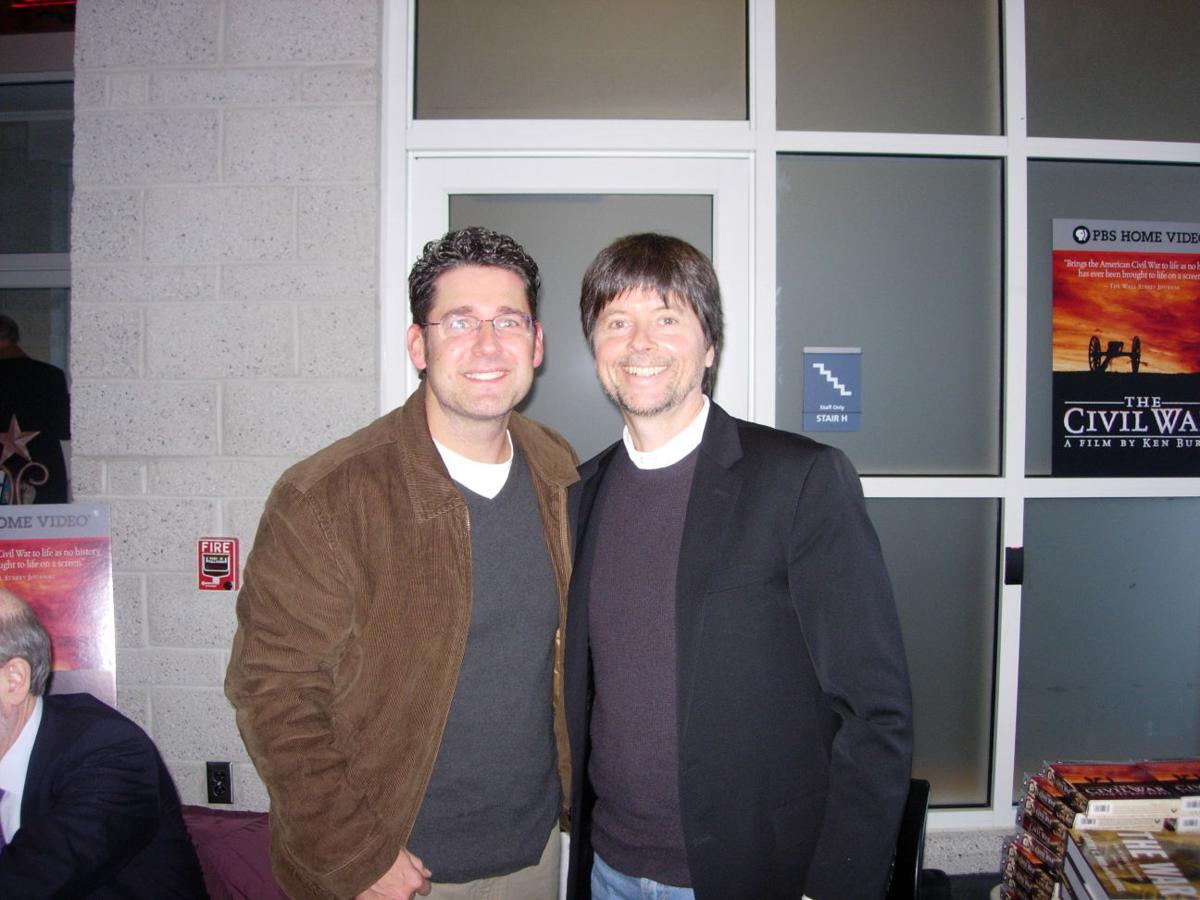 Videographer Chris Haugh in his home office. Haugh has started a business interviewing and recording people for family history projects.

LEFT: Chris Haugh, age 18 months, with his parents, grandparents, great grandmother and cousins at a family reunion in 1968. RIGHT: Chris Haugh at the ruins of his great-great grandfather’s farmhouse in Hockessin, Del.

Chris Haugh at the grave of his great-great-great grandfather, Wilhelm Koch, in Delaware City, Del.

Chris Haugh at the ruins of his great-great grandfather's farmhouse in Hockessin, Del.

Chris Haugh interviewed his father in March 2004 for a family history. His dad died of cancer three months later.

Chris Haugh has spent 25 years telling the stories of Frederick and its people — first for local Cable 10, owned by Frederick Cablevision, which later became part of Adelphia Communications. Then he did similar work for the Tourism Council of Frederick County to promote the region to outsiders. Now he’s gone solo, using the skills he developed along the way to help Fredericktonians who want to leave something of their lives behind for others.

In the beginning of his career he produced historical documentaries featuring some of Frederick’s most known people, like former Frederick Mayor Paul Gordon and Theresa Mathias Michel, a longtime Frederick resident and sister of longtime U.S. Sen. Charles McC. Mathias. He highlighted landmark events with a local bent, from Civil War commemorations to the bicentennial of the War of 1812. Now Haugh is telling “ordinary” peoples’ stories of everyday life through recorded family legacies. His subjects are mainly Frederick’s seniors.

Haugh calls himself an “avocational historian” — someone without a piece of paper formally credentialing him — but one who is passionate and more than a hobbyist. What drives him is a belief that it’s important to capture history from those who lived through it, rather than only through history books. This notion especially hit home in 1999, when he was working on a documentary of Thurmont’s history for Cable 10.

“It went into mothballs when Adelphia came in. Then about three years ago the town found funding through a grant, and the documentary debuted in October 2014 at Springfield Manor,” said Haugh.

The piece captured times like the Roaring ’20s when there were bootleggers up in what is now Catoctin Mountain Park. And it relayed stories of days that Franklin Roosevelt and Winston Churchill waved from their limos on the way to Shangri-La, which became Camp David.

“Fourteen of the 15 people I interviewed unfortunately had passed by the time it debuted. Sterling Kelbaugh [one of the town’s historians] was one of them. I had taken to him and wanted him to see it.”

But if Kelbaugh couldn’t see it, at least others would, and they would learn from this fourth-generation Thurmont area resident as if he was literally in the room.

Just this year, Haugh launched History Shark Productions to help families tell their stories. He is their personal biographer of sorts.

“Everybody has a story. Even if you were not the mayor or president, you were a parent or brother, a friend or coach, and you have a story …” He helps folks bring those out by asking what they were doing when John Kennedy was shot or during Sept. 11, 2001. And he talks to them about their lives in general.”

“When thinking of your whole life, where do you start?” he asked.

He sends questions to clients so they can begin to think about what’s important to them and jot down notes. And he breaks up the project into several recording sessions, focusing on topics like childhood memories, young adulthood and first jobs, on through to the golden years.

“If they want, people talk about their philosophies. We can do parting shots, or they can give messages they want to get across,” said Haugh. He has begun marketing to the generation left behind, too.

“So many people say I waited and procrastinated. Now my dad is gone. They say his stories drove me crazy when he was living, but now I long to hear them again. They want to see their dad’s face and hear his voice,” said Haugh, who recorded much of his own father’s life months before he died in 2004.

“I learned more about him in the three weeks [I worked on the project] than I had known in my life. He talked about what it was like when his father was away during WWII and missing in action. What it was like going to school in Germany. And he talked about the night I was born.

“I got all this from my dad on tape as he sat in his favorite chair in the house I grew up in. He was sick, but it opened portals in his mind to tell stories that he had not thought about. And it gave me a portal into his mind and life as he talked of events that made him the person he was,” said Haugh.

He has priced out a $975 package, less expensive than the $3,000 to $5,000 he said that many video production companies charge for a heavily edited, polished product.

Embedding pictures, music and other components is powerful. But for those who want to capture the story fairly quickly and for less money, he does what he calls the most important part: getting the story itself recorded, and in a consolidated, organized presentation.

If they want the pictures, music and other features, he can do it. Or people have the option of doing it later themselves with downloadable editing programs.

Revisiting the experience of recording his father, he said, “It was special to me to get to interview one of the most important people in my life. And I realized everyone’s story is important. That story, captured, can be worth its weight in gold after the person is gone.”

To learn more, go to www.historysharkproductions.com.