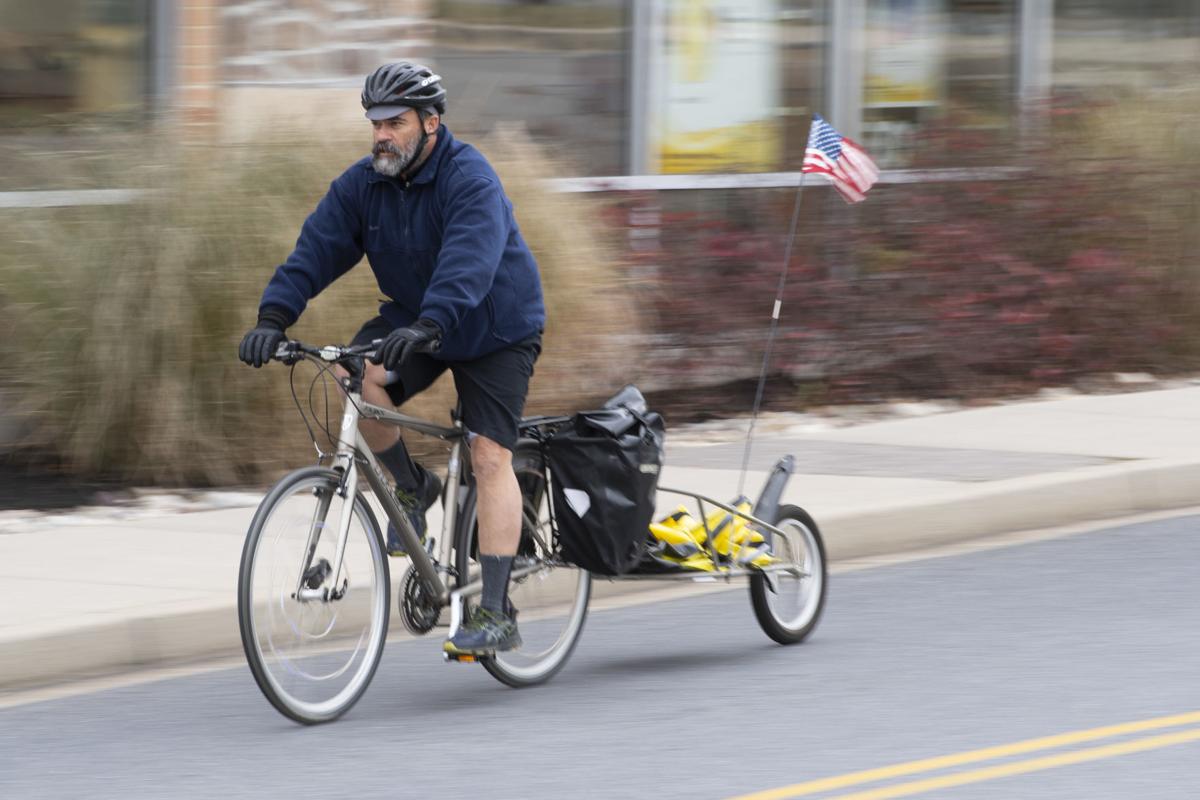 Scotti Smith, of Frederick, leaves the Clemson Corner shopping center as he participates in the Cranksgiving charitable scavenger hunt Saturday. 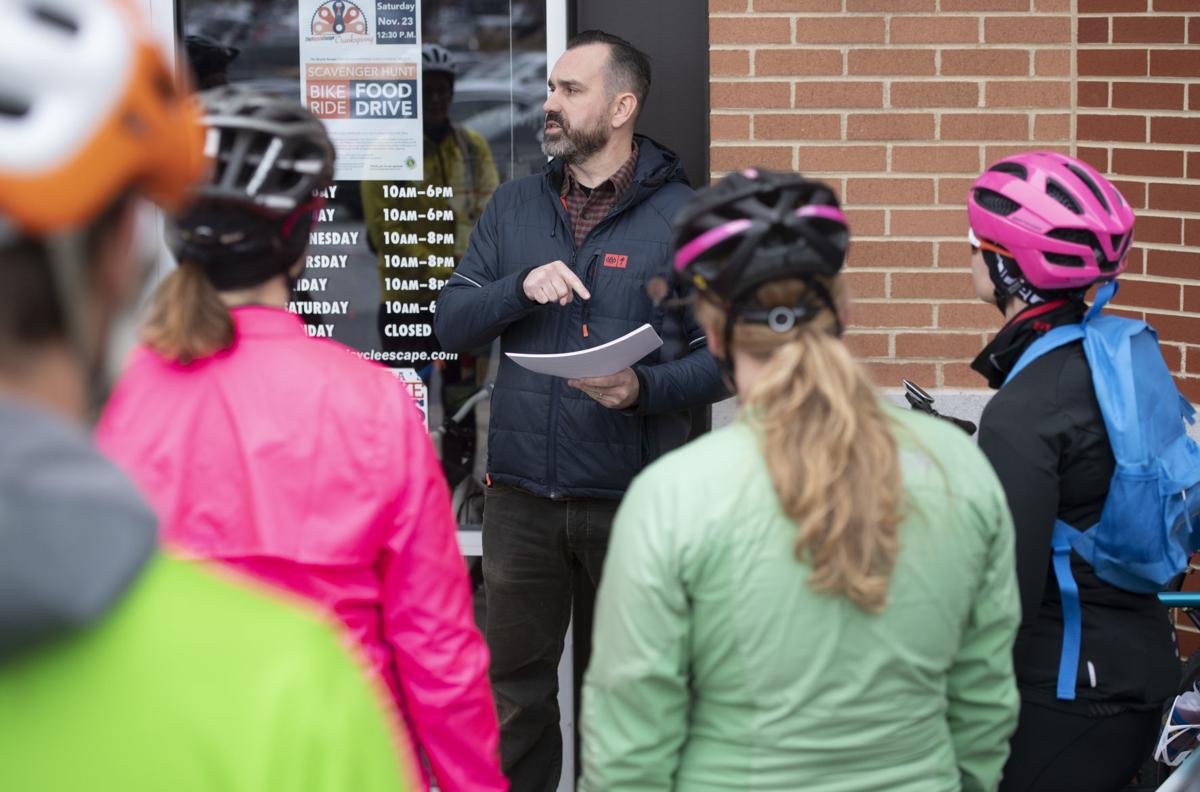 Tom Rinker, owner of The Bicycle Escape, addresses participants of the Cranksgiving charitable scavenger hunt prior to the start of the Saturday event.

Scotti Smith, of Frederick, leaves the Clemson Corner shopping center as he participates in the Cranksgiving charitable scavenger hunt Saturday.

Tom Rinker, owner of The Bicycle Escape, addresses participants of the Cranksgiving charitable scavenger hunt prior to the start of the Saturday event.

Tom Rinker and the rest of the team at The Bicycle Escape knew they wanted to give back to the community during the holiday season — preferably in a very fun way. That’s how they came up with Cranksgiving, an annual event to collect food for the Food Bank at the Frederick Community Action Agency.

Granted, they didn’t invent Cranksgiving. The idea of racing to grocery stores and finding a list of non-perishable food items has actually been around for a while. But Bicycle Escape tweaked it a bit back in 2014, when their event began.

“We wanted make ours more game-oriented, so we played around with different styles, game concepts, and we ultimately ended up with a Bingo-style game sheet, that will require people to purchase food items at various establishments throughout Frederick,” Rinker said.

The bingo card that each cyclist was given at the beginning of this year’s Cranksgiving had 25 colored squares, each emblazoned with a big letter — except for the middle square, which read “four different cans of veggies.” Each square represented a food item that would start with that letter, which cyclists would cross off as they purchased.

Some were easier than others. Rice for R. Pasta for P.

But cyclists found some more challenging than others. Like I, for instance.

There was an additional challenge. There were four colors on the board, which would be assigned to four different grocery stores of the rider’s choice. So once a cyclist chose a color for the store, they would have to get all of that color’s items from the same store.

Shopkeepers often take notice of the event and even offer to help the cyclists find items to get what they need.

Rinker said that one year, a cashier asked a player about all the Bingo cards she had been seeing. The player explained that all the food would go to the food bank, which made the cashier tear up and say thank you. Her family received food from the food bank.

“That was really special to kind of put a face to what you’re doing and the point of it,” Rinker said. “It all does go to a good home.”

Wegman’s and Common Market Co-Op both partnered with Cranksgiving this year to collect food donations leading up to the event. Rinker said that his Bicycle Escape truck was filled to the brim with food from those collections before the event had even started.

This year’s Cranksgiving was cut down by half an hour to account for rain predicted in the forecast. The riders ended at Olde Mother Brewing, where they emptied their items and grabbed some beer before hearing the rankings.Jaime McKay brought out her cycling friends for the event, deciding to go just that morning.

“I was just excited to be outside and doing something active for a good cause,” McKay said.

McKinney came in first place. This was his second year doing Cranksgiving, so he said he had made a pretty streamlined plan.

But for him, it’s really about helping out more than anything.

“It’s a great cause. I’m loyal to the business,” McKinney said. “It’s great to support them, too.”

I don't know why grown men have to invent such silly games. Why don't they just purchase a boat load of non perishable food and donate it in boxes like ordinary people? Of course articles like these don't mention what contribution the food stores make. The stores are only too happy to partner with such silly game organizers. The more the better because it's more business for them. There's no discount given to the buyers so the food joints are thrilled at the higher profit and free good publicity. They get to squawk about how they're helping the community, of of their favorite lines of baloney, when in fact it is the buyers who are helping.

Really? What is your damage FAUX? Please reread the story and discover how wrong your "comment" is. [censored]