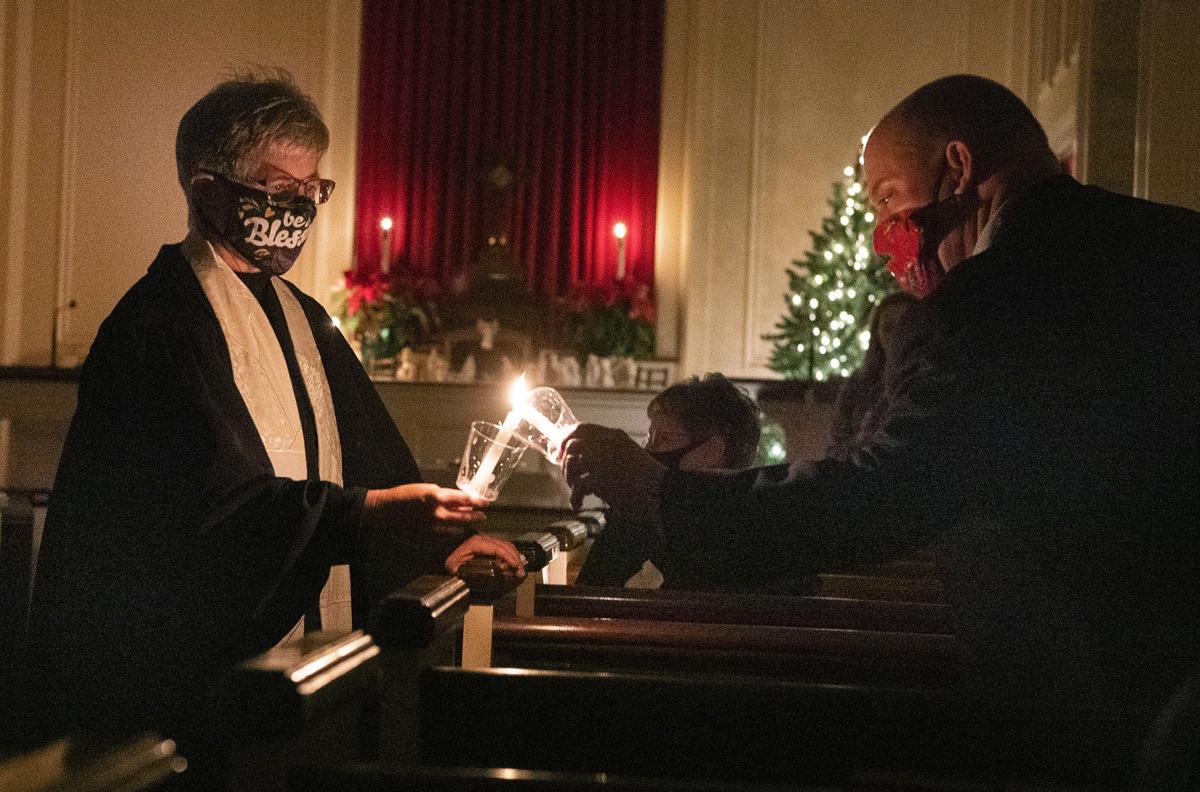 On Christmas Eve, Barbara Kershner Daniel, pastor of the Evangelical Reformed United Church of Christ, lights candles for those attending the annual candlelight service. The service is held at the church’s historic Trinity Chapel on West Church Street. 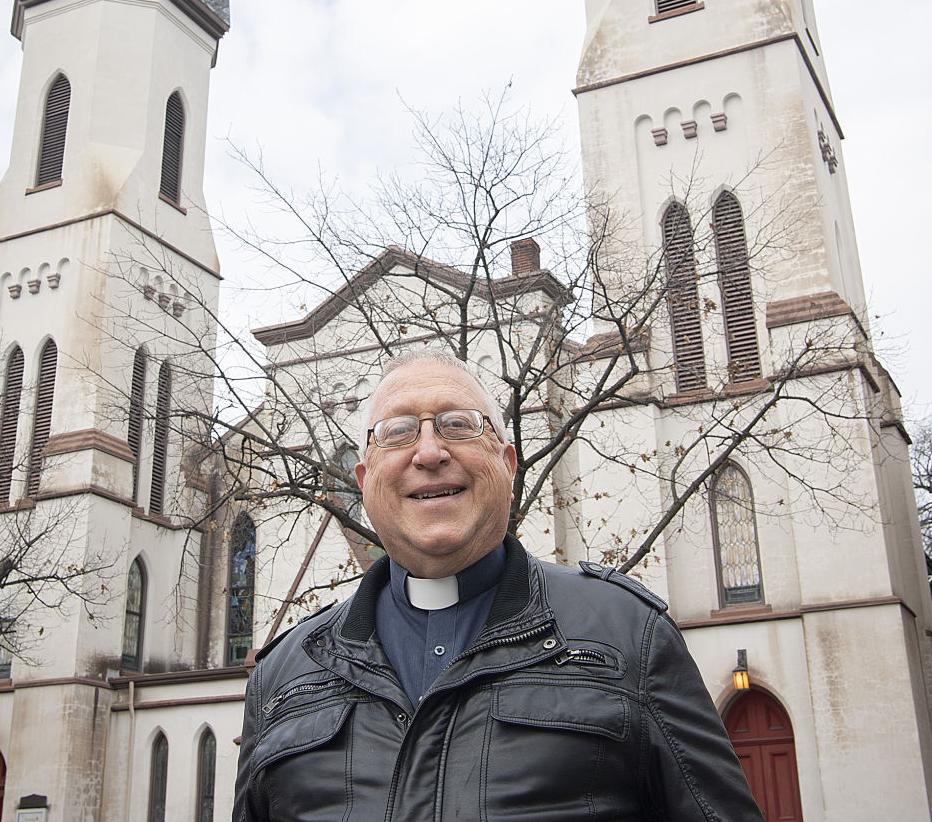 Pastor Douglas Jones stands across from the Evangelical Lutheran Church on East Second Street in Frederick in early December. 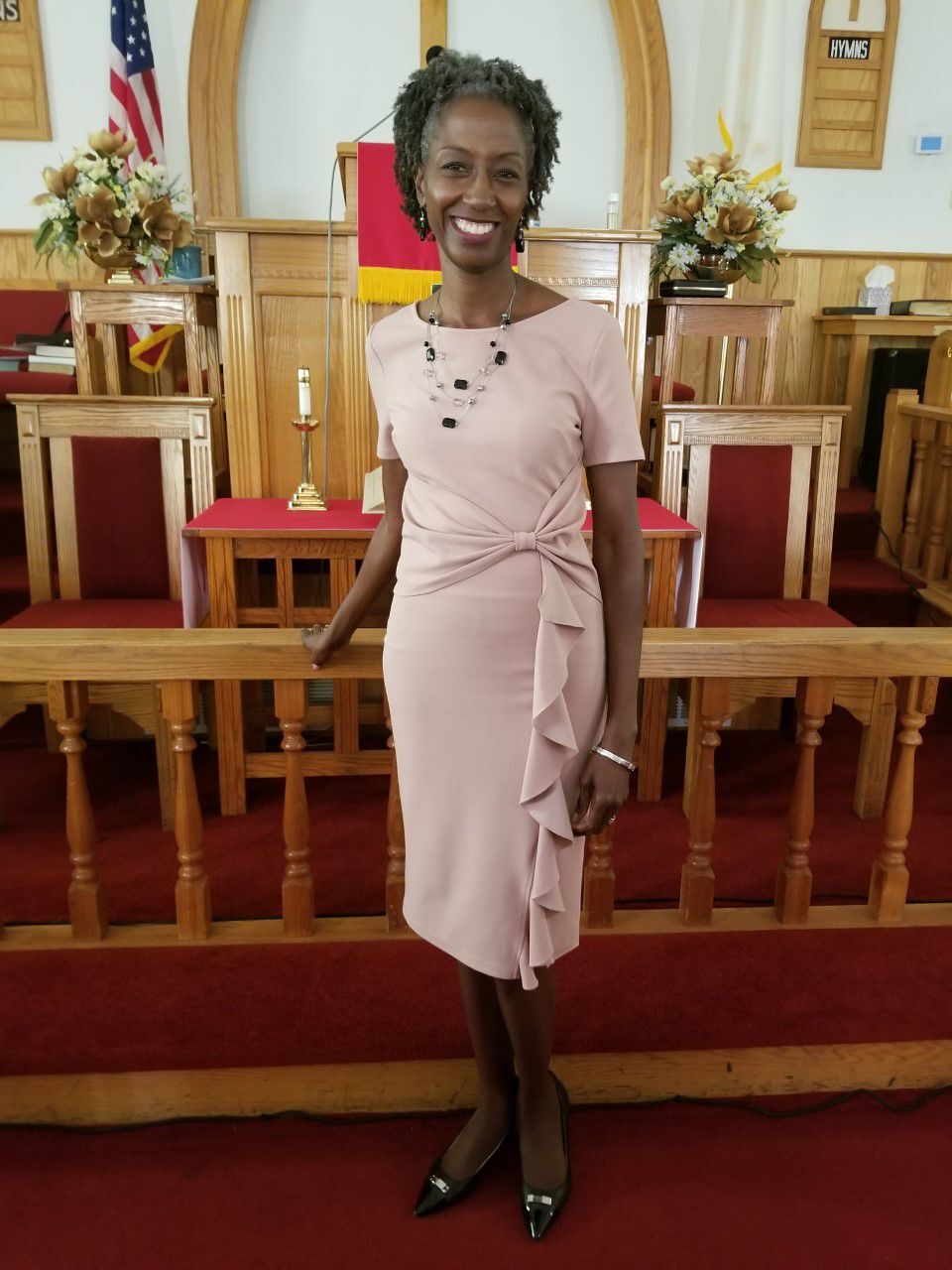 On Christmas Eve, Barbara Kershner Daniel, pastor of the Evangelical Reformed United Church of Christ, lights candles for those attending the annual candlelight service. The service is held at the church’s historic Trinity Chapel on West Church Street.

Pastor Douglas Jones stands across from the Evangelical Lutheran Church on East Second Street in Frederick in early December.

This Christmas, Facebook comment sections replaced passing the peace, offering was collected via QR code and hymns were sung over video, but the reason for the season remains the same.

The COVID-19 pandemic and restrictions have led many houses of worship to adapt how they practice religion. Religious facilities are capped at 50 percent capacity in Maryland by the governor and locally by the Frederick County Health Department.

For some churches, Christmas worship was an entirely virtual, though still spiritual, experience.

“Yes, Christmas is different this year, but we’re still celebrating the birth of Jesus and that doesn’t change,” she said on Christmas Eve.

Before COVID-19, the local church in Knoxville held weekly worship services with about 25 attendees, plus Sunday school. Over Zoom or conference call, Johnson usually hears from about 22 members.

“We as the people are the church, and the building is just a place,” she said.

They’ve maintained some traditions, though they look a little different. For Advent, the time leading up to Christmas that is marked by the lighting of special candles, Johnson set up a camera and recorded herself lighting the candles. She added Christmas music in the background.

Mt. Zion AME also has a tradition of giving back to the community. For the past three Christmases and Thanksgivings they’ve partnered with Brunswick Elementary School to put together baskets of food for local families in need. This year, they provided new coats to children and grocery store gift cards to five families, Johnson said. She invites anyone who wishes to join their services to find them online.

The Evangelical Lutheran Church in Frederick celebrated Christmas by streaming a video on Facebook. Typically, upwards of 1,800 people would gather in the sanctuary underneath the twin spires of the 18th century church for Christmas Eve, the Rev. Douglas Jones said, and about 50 to 60 on Christmas morning.

Instead, church staff and members recited Bible verses, prayed and sang hymns over video. There were the classics, like “Away In A Manger” and “O Come, All Ye Faithful,” plus a rendition of a Welsh lullaby. When it came time for the offering, members had the option of donating via QR code. Of the prayers offered, one made special reference to health care workers.

Standing before a nativity scene in the sanctuary, the Rev. Naomi Hartman offered a Christmas message.

“This Christmas season, find hope that God sees you. God sees your struggles,” she said. “God sees that we as a community can do this together.”

Jones said in an interview it’s been a tough year for the church. They’ve lost loved ones to COVID-19 and for other reasons. Pastoral care can be difficult at times, Jones said, when you can’t visit someone in person or get ahold of them by phone.

What’s more, switching to virtual services presented a challenge in the beginning as staff learned how to use technology like green screens.

Despite the hardships, Jones said there is still joy to be found. On Christmas day, he was glad to have a period of rest. Normally, he’s tired from being up late with his wife cooking and prepping for a large family gathering, but not this year.

“I find it more peaceful this year than normal,” he said.

Down the street from Jones’ church, the Evangelical Reformed United Church of Christ offered in-person and virtual worship.

On a typical Christmas Eve, Pastor Barbara Kershner Daniel is trying to find more space for people streaming in the door. This year, the church was well under the state mandated 50 percent limit, with less than 50 guests. About 145 people checked-in online.

“That was probably more people than would have been there in person,” she said.

The church isn’t new to online streaming, Kershner Daniel said. They’ve done it for years, though now it’s more important than ever. It gives members a sense of community and sometimes leads to more engagement, she said.

Their virtual anti-racist program, which includes reading books and watching movies, has gained a lot of participation, she said, probably more than it would have in normal times. Kershner Daniel said virtual programs can be more convenient for people than in-person meetings.

Leading up to Christmas, she wanted to capture as much of their traditions as possible. Kershner Daniel said lighting candles while singing “Silent Night” is one of the most powerful parts of the service.

The church sent luminary bags home to members and to two congregations they have partnerships with in Germany. Whether people attended church in person or virtually, they were all united by these lights.

“This is a season of light and hope,” Kershner Daniel said.

In the new year, she’s hopeful churchgoers will get to see more of each other — face to face.