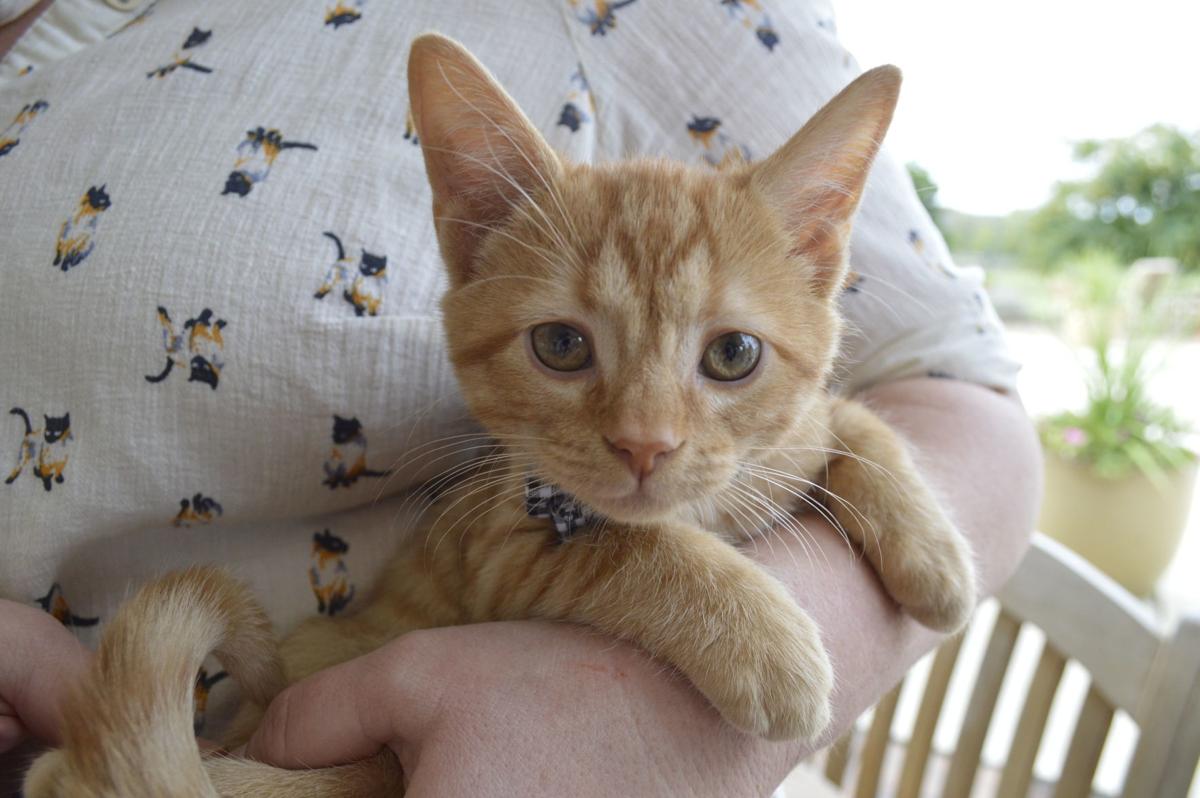 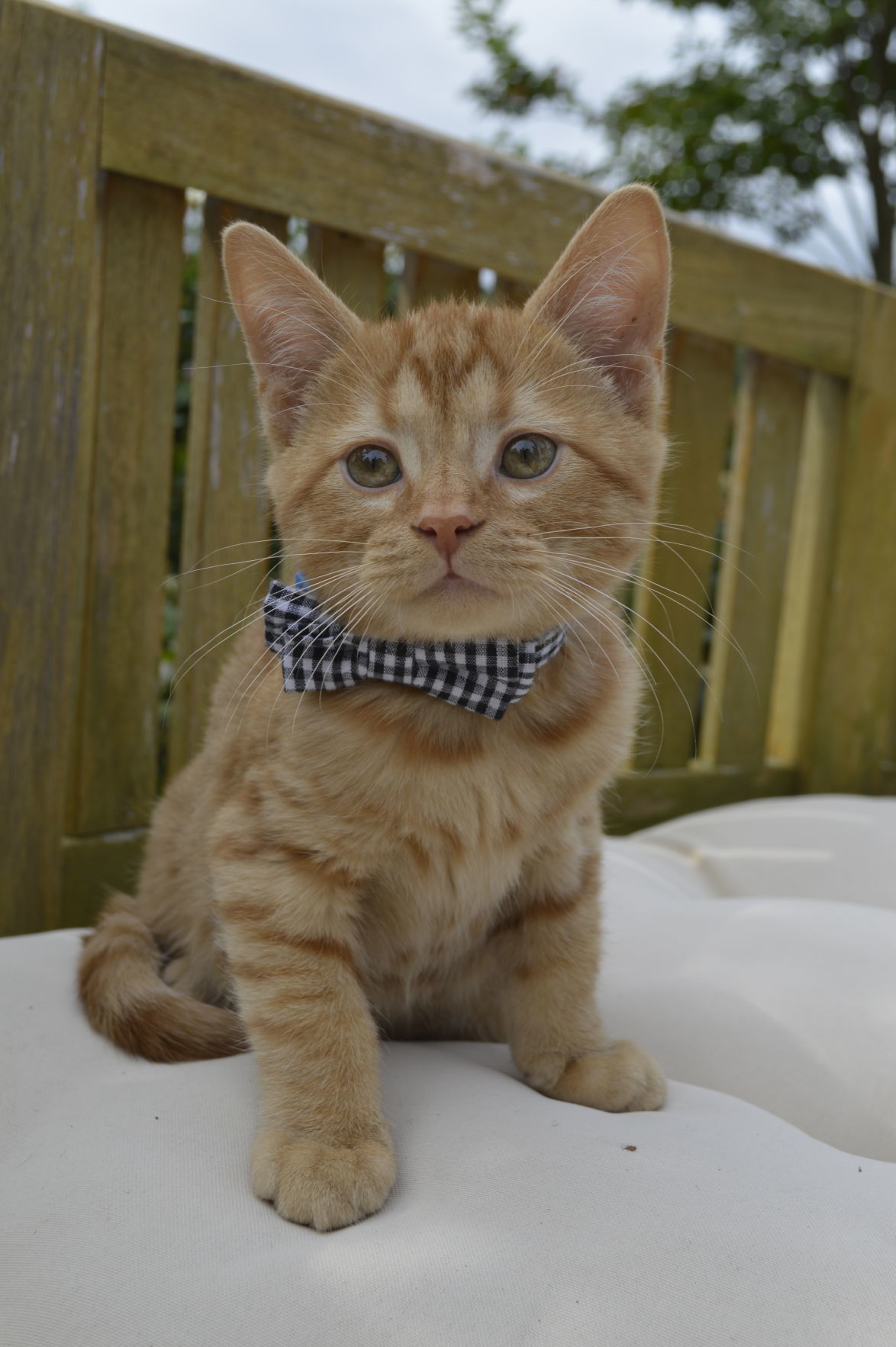 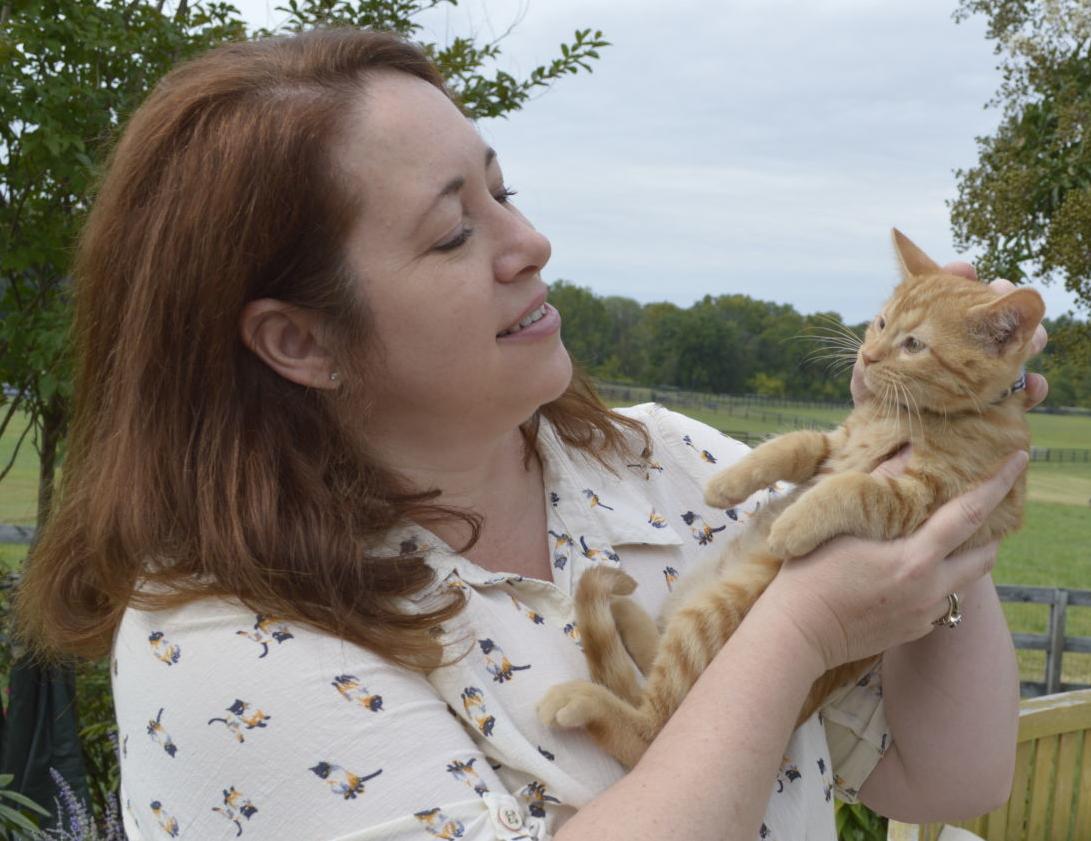 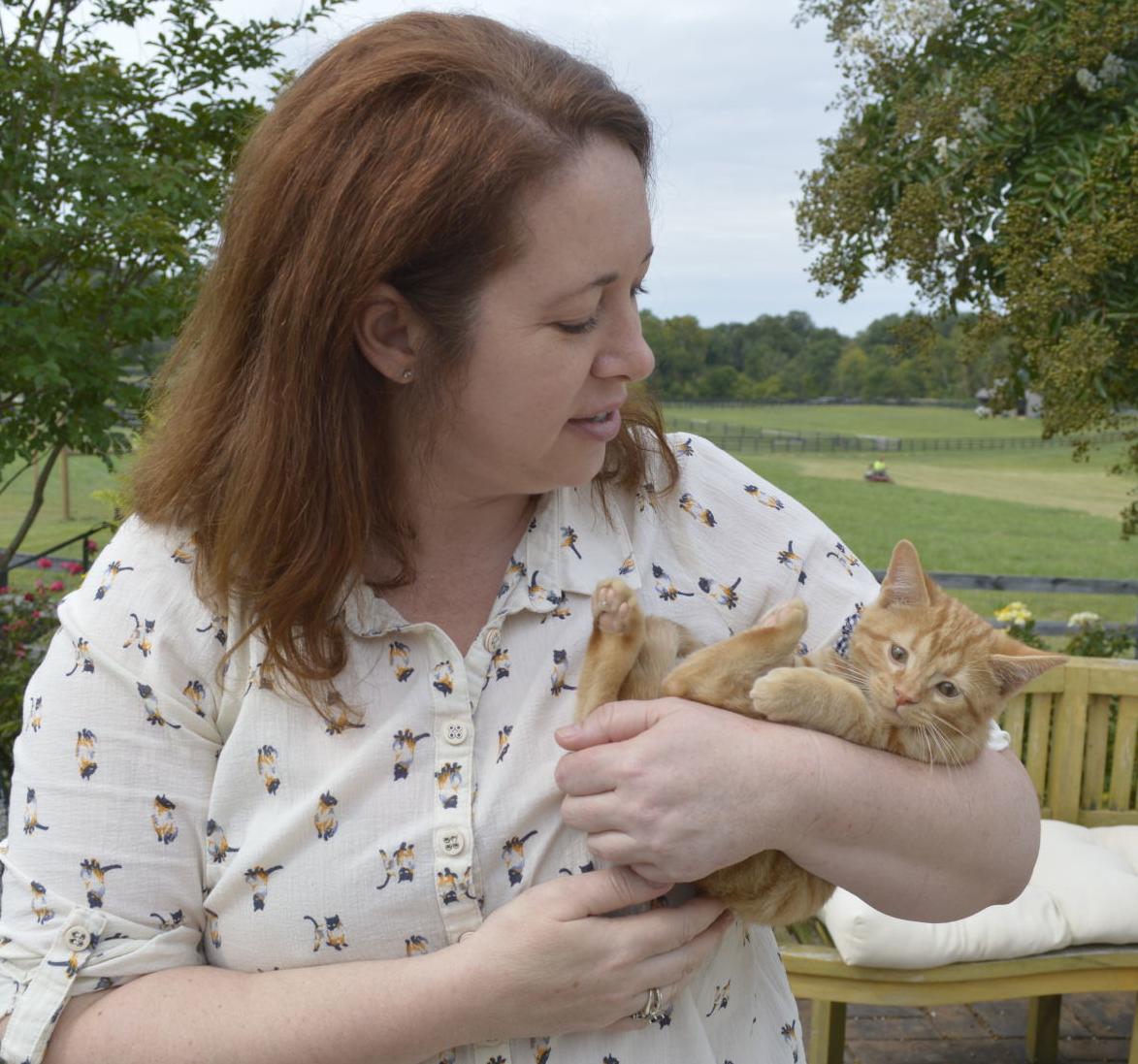 Yam was only a few days old on June 20 when he was found in a local yard among a female cat and a litter of kittens. But he did not belong to the litter.

He was dehydrated, anemic and malnourished. He weighed only 4 ounces.

“It appeared that he had been abandoned,” said Karen Severns, the woman who is fostering Yam. “We had some volunteers go over and investigate, and it turned out that the litter of kittens that were there were actually older than he was. So we don’t know how he ended up in the yard.

“He would fit completely on your hand,” she added. “He was teeny-tiny.”

Severns believed he was an orphan or had somehow gotten separated from his own family. The other kittens that were found were also put in foster care.

Severns, a volunteer with the Animal Welfare League of Frederick County, named the kitten Yam because he looked like one.

She fosters many kittens. She’s fostered 16 just this year, and follows themes when naming them — this summer’s theme was vegetables.

Yam seemed fitting for the tiny red tabby, she said.

The rescued kitten initially needed around-the-clock care, including bottle feedings every two hours. Throughout Yam’s recovery, Severns has posted daily photos of the kitten on Facebook with #yamstrong, a hashtag another volunteer thought up that quickly caught on.

Since his social media debut, Yam has garnered hundreds, sometimes thousands of shares, comments and views on his videos and photos making him a local celebrity for the AWLFC. He even received fan mail, according to Severns’ Facebook page.

“I actually think Yam’s story is a really good representation of what we do,” Severns said. “He’s not particularly unique in his story. [Our goal] is to help the most vulnerable animals in the local community. He was just really popular with the social media crowd, so I hope that he has shared some awareness for how we help the animals.”

Soon after, “#yamstrong” T-shirts were sold and raised about $2,500 for the organization, according to Kristin Manos, a member of the AWLFC board of directors. Funds went toward animal care, including feeding and vet costs.

“Because he was found at such a young age, and not doing well, it represents the commitment that our volunteers make to help rehabilitate homeless cats,” Manos said. “It shows the good part of the community.”

Stephenie Nagle, co-chair of the upcoming K9’s in the Vines event, added that putting a face to the organization makes people realize that each animal is unique.

“Each of them have their own personal traits,” she said. “You see a lot of cats on there and it reminds you that each one is special.”

Yam is now 12 weeks old, weighs 3 pounds and is a happy, healthy, growing kitty. He should grow to be 10 to 12 pounds. Severns plans to foster him for at least three more months, as he just started his vaccinations and will be neutered and microchipped.

The AWLFC is a nonprofit organization, established in 2001, and is the county’s largest all-volunteer, no-kill animal rescue and welfare organization, according to its website.

The organization previously had a dog fostering program but is currently adopting out cats only. Last year, the organization placed 275 cats in homes, according to Allen Schaeffer, a volunteer.

All of the funds raised, through grants, fundraisers and donations, go toward helping cats and dogs in the community and animals that are being fostered.

One fundraiser the AWLFC is hosting is its eighth annual K9’s in the Vines event on Sunday. The event is from 1 p.m. to 4 p.m. at Hidden Hills Farm and Vineyard, 7554 Green Valley Road.

Tickets are $20 in advance and $25 at the door. Dogs are welcome at the event, which will have about 30 vendors, raffles and wine tastings.

As for Yam, his story has spread awareness about the AWLFC and, at the same time, is bringing the community together, one cute kitty picture at a time.

To find out more about the Animal Welfare League of Frederick County or to purchase tickets to Sunday’s event, go to awlfc.org.

Has the kitten been spoken for yet, or still looking for a family?

We all know Yam will be a foster fail. Momma ain't giving up that bundle of cuteness !

Good marketing. Is there a website for ordering t-shirts?

Check on the AWLFC Facebook page. I believe they are still selling them. I wear mine proudly.