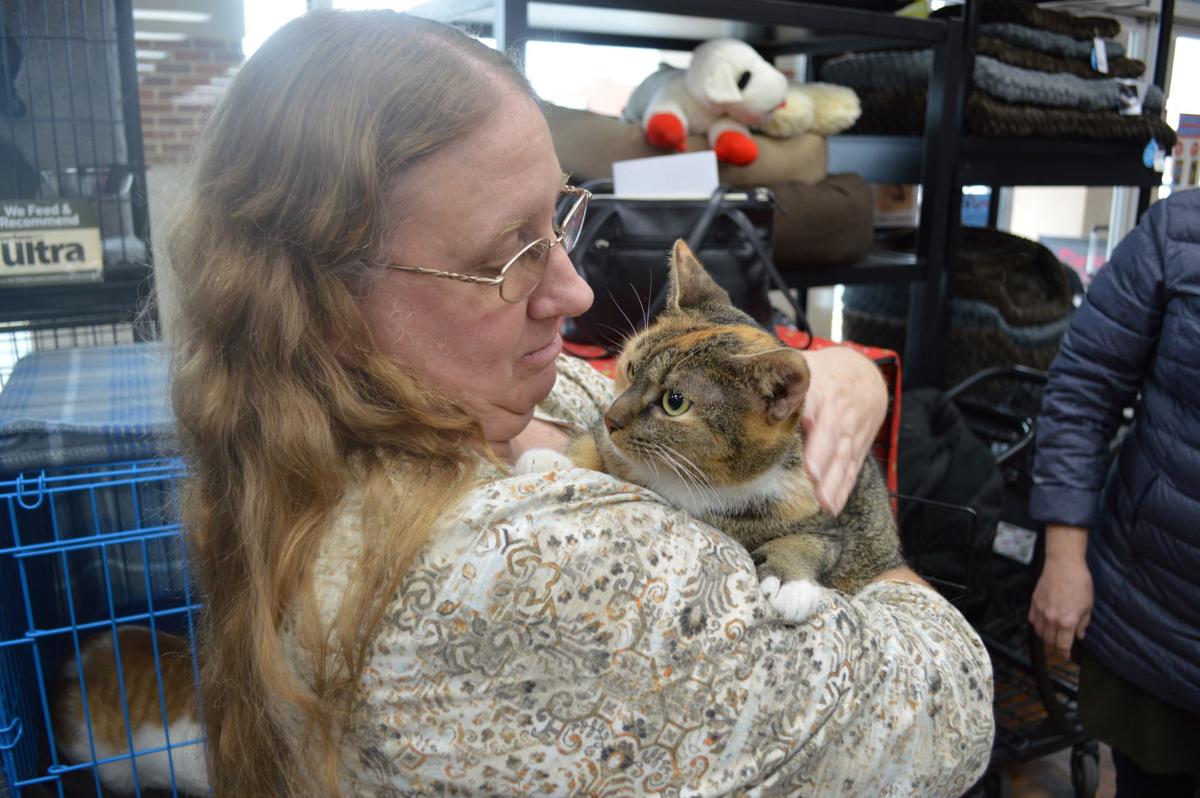 Robyn Ballew of Walkersville holds Sunbeam, one of the cats up for adoption during the Adult Cat Adoption Day at Pet Valu in Frederick on Sunday. 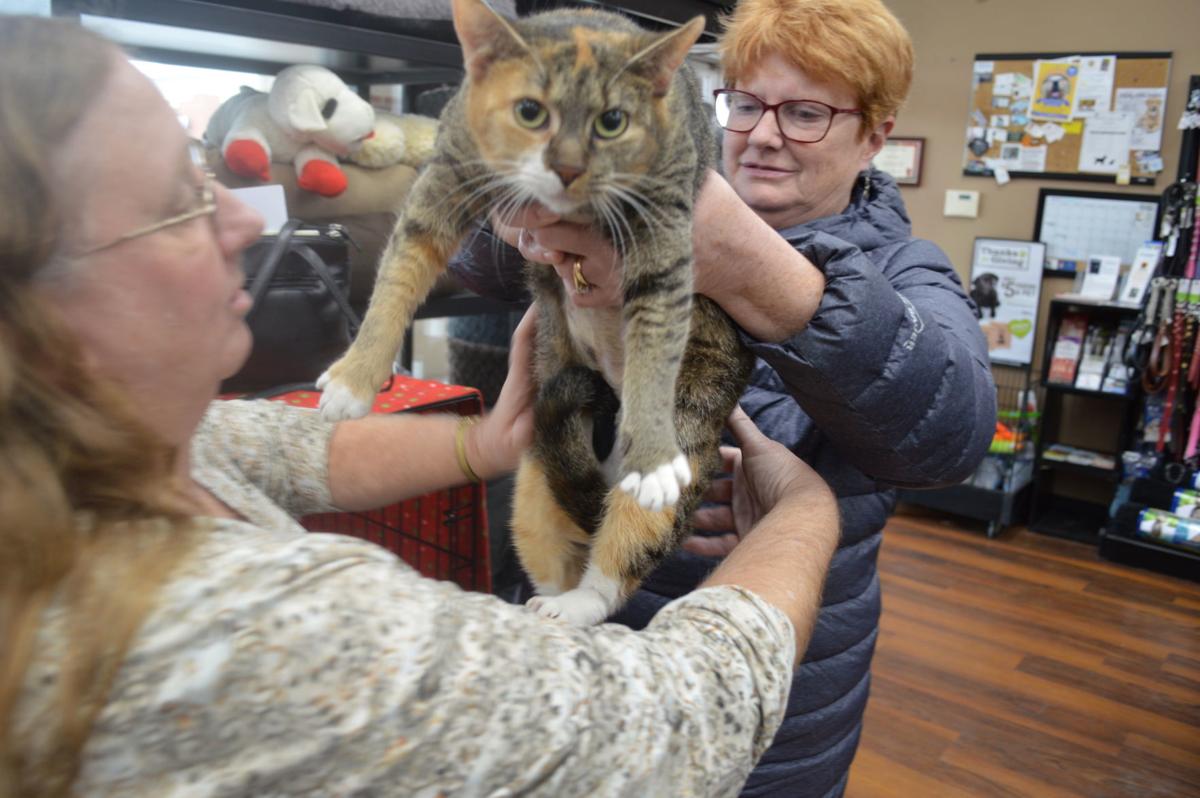 Robyn Ballew of Walkersville holds Sunbeam, one of the cats up for adoption during the Adult Cat Adoption Day at Pet Valu in Frederick on Sunday.

For Barbara Wratten and other members of Tip Me Frederick, elevating awareness of the growing cat population countywide is always a priority.

One way to combat that: rescuing, spaying and neutering adult cats and then getting them adopted.

On Sunday, with assistance from Pet Valu in the Frederick Shopping Center on 7th Street in Frederick, Tip Me Frederick held an adoption day for adult cats, offering a discount to anyone who applied to adopt one.

Wratten, president of Tip Me Frederick, said it's important for people to consider adopting adult cats because they have matured and it's easier to identify what type of personality they might have.

Tip Me Frederick has rescued, spayed and neutered hundreds of cats during the past several years, said Sasha Czeh, treasurer for the group.

Czeh added it's rewarding to rescue cats throughout the county, even if it seems like a daunting task at times.

"When you find a cat and foster it and help it find its forever home, you're helping the next cat which might not have gotten help," she said.

Kate Sill, manager of Pet Valu, said she has worked with Tip Me Frederick for past events and is happy to assist, providing cages, cat litter and food for those that are up for adoption.

She commended Tip Me Frederick for their work, and added there is overlap concerning the goals both Pet Valu and that group wants to meet.

"It's kind of twofold: it's controlling that [cat] population out there, as well as uniting people with their pets," Sill said.

Wratten said her time growing up on a farm in the Gaithersburg area showed her how drastic the cat population boom can be.

"I know how important it is to spay, neuter and control them," she said. "Our goal is to stop the population explosion that is happening in some neighborhoods."

During the adoption day, Tip Me Frederick dropped its adoption fee from $150 to $90, in order to encourage interested applicants to apply for adult cats.

One of them was Alex Jack of Crofton. Jack said he learned of the adoption day from one of the Tip Me Frederick members.

He has a 14-month-old cat at home, but understands the positives of adopting an adult cat.

"I think they're all equally great, especially the adult ones," Jack said of the cats up for adoption Sunday. "They've developed in their personalities, what you see is what you get."

"Everything they have available is worth adopting," he added.