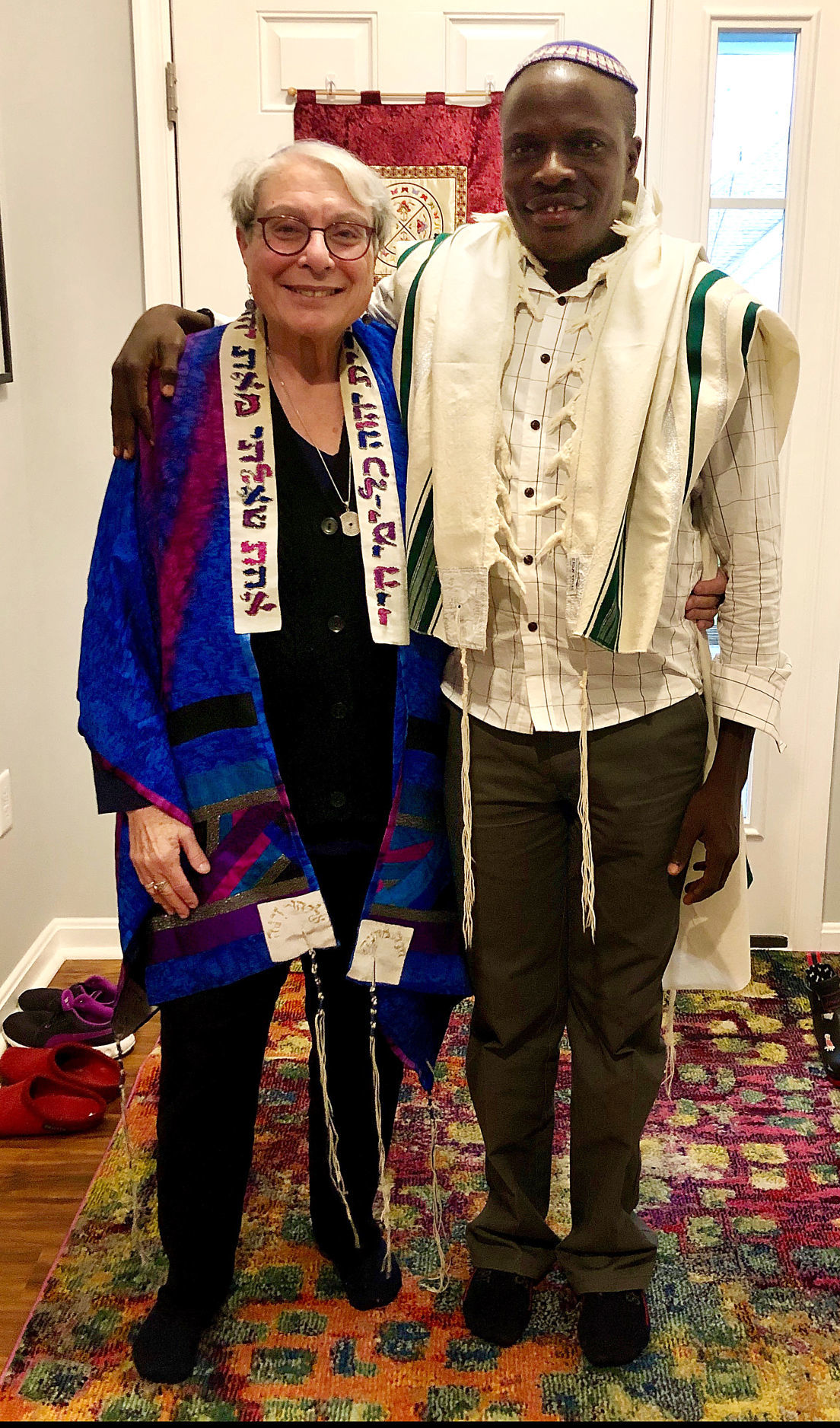 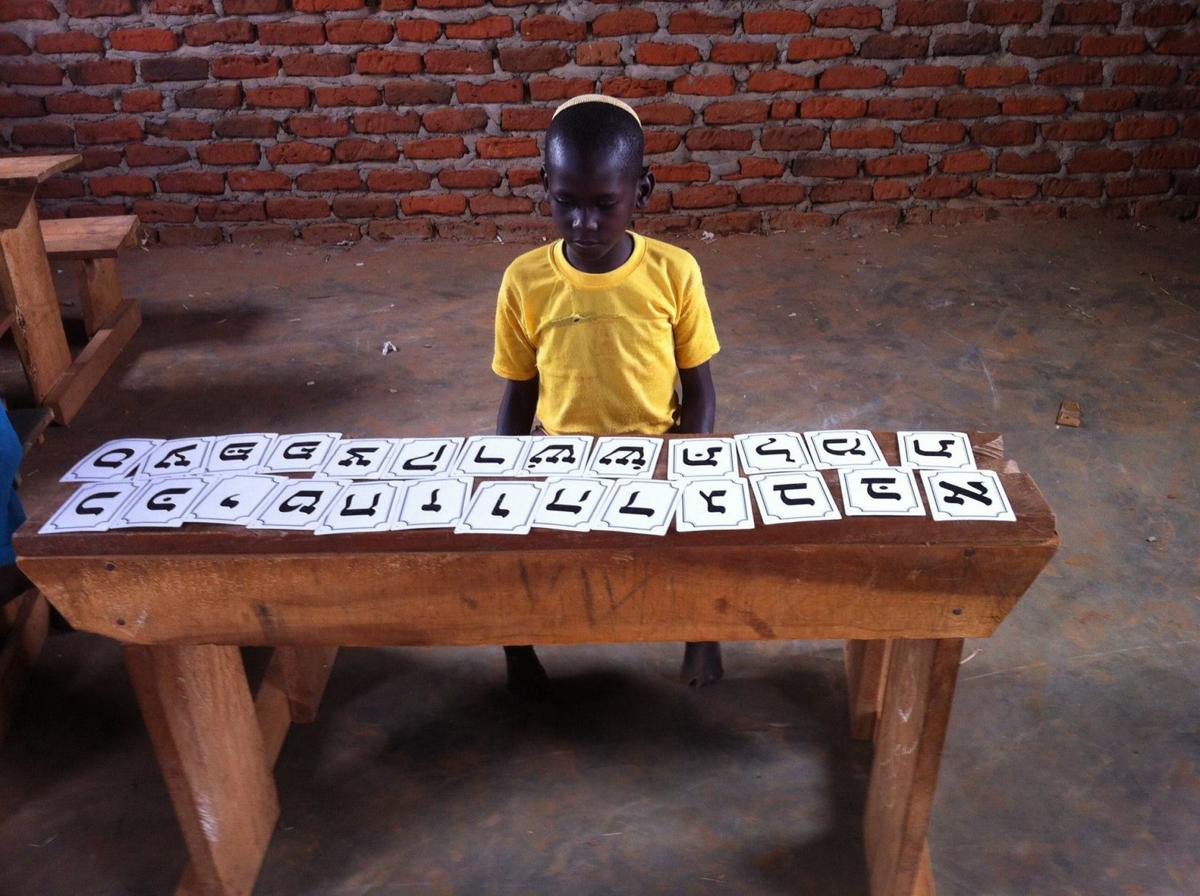 A child studies his Hebrew alphabet in Namutumba, Uganda. The village of nearly 10,000 is made mostly of Muslim and Christians with a small village of 400 Abayudaya Jews. 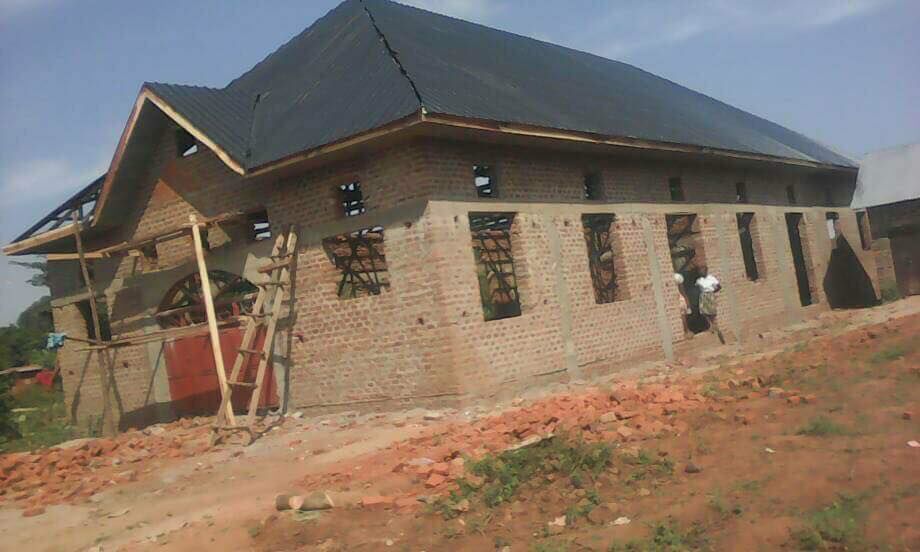 Through the nonprofit of Ezra Uganda Assistance, a small village in Namutumba, Uganda, raised funds to build this synagogue. 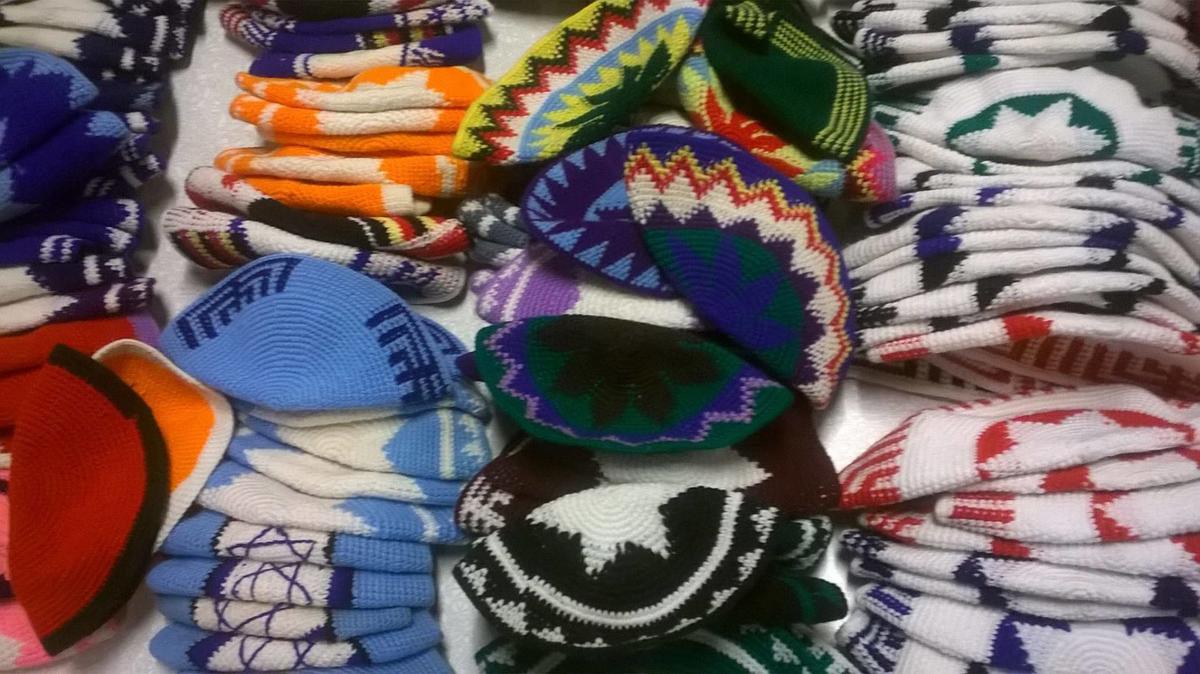 A collection of different colors of Yarmulkes, which are Jewish caps worn by men, in Namutumba, Urganda. The village of 10,000 is made of 400 Abaydaya Jews, while the rest is of Muslim or Christian religions.

A child studies his Hebrew alphabet in Namutumba, Uganda. The village of nearly 10,000 is made mostly of Muslim and Christians with a small village of 400 Abayudaya Jews.

Through the nonprofit of Ezra Uganda Assistance, a small village in Namutumba, Uganda, raised funds to build this synagogue.

A collection of different colors of Yarmulkes, which are Jewish caps worn by men, in Namutumba, Urganda. The village of 10,000 is made of 400 Abaydaya Jews, while the rest is of Muslim or Christian religions.

When Shadrach Mugoya Halevi was appointed spiritual leader of his Abayudaya Jewish community in his home of Namutuma, Uganda, in 2014 he knew he would need more education.

Then 26, Halevi already had a Bachelor of Arts from a university in Mbale, an hour from Namutuma. But he also knew that he needed to expand his religious studies and found ALEPH: Alliance for Jewish Renewal Ordination Program, an online program that offers distance-learning and residential study. The program ordains rabbis, cantors, rabbinic pastors and spiritual directors. It is based in Philadelphia but does not have a brick-and-mortar location.

Through ALEPH, Halevi was introduced to Rabbi Leila Gal Berner, who lives in Frederick and is also the dean of students for the global community of ALEPH.

After the admissions process, Halevi was admitted to the program, Berner said, and he began his online studies in 2015. It will take him about seven years to become an ordained rabbi. Attending online classes was not easy for Halevi in his home country. He had to travel nearly 40 miles to a nearby town that had internet access. His village had no electricity or running water.

Berner said the program supported Halevi traveling to the United States to continue his residential studies during the summer of 2015. He now travels annually to the U.S. to study and has stayed between three weeks to a month. This summer he will stay for six weeks.

Berner said during his time in the U.S., Halevi will study privately with Berner. He will also speak at various synagogues and institutions to teach others about the Abayudayas and try to raise money for his community.

Berner said she and those associated with ALEPH got to know Halevi and soon realized that they needed to support not only him, but also his entire community of Abayudaya Jews.

Ezra Uganda Assistance’s mission is to help those in Namutumba by providing medication, repairing water wells, purchasing food, oxen and plows, and building a communal storage facility, among other things for the village. Most importantly, the expenses are covered by Ezra Uganda Assistance program.

“As the spiritual leader of this community, he’s kind of the de facto mayor of these 400 people,” Berner said.

The town, she explained, consists of 10,000 people, most of whom are of Muslim and Christian beliefs, but the Jewish community itself is only 400 people.

“They all get along peacefully,” she said. “And that’s a wonderful example and model for the rest of the world.”

In the audience, Halevi didn’t know who the leader would be as the rabbi listed three qualifications of the chosen person. The first was a college degree. Three people in the village had a degree, including Halevi. His degree is in entrepreneurship and project planning. The person was also required to know about Judaism and he or she was required to have a Jewish fiancée. It was only when the rabbi listed the third item that Halevi realized he was the one selected.

“Later, I met with him and I said, ‘But how will I manage my obligation?’ [and] He said, “‘You will because I have been mentoring you and I have been watching you. You will make it,’” Halevi recalled.

When Halevi and his now wife came home after the announcement, she told him, “Now, I think we have a big burden.”

He said it would be true because as the spiritual leader people would come to him to sort out matters in the community. But he didn’t realize that the help he would receive for his education would impact his entire village through the Ezra Uganda Assistance program.

Help of a nonprofitBerner said they have been able to do a lot of things for Halevi’s community through the program.

“In these four years, we’ve managed to clean the water wells from animal contamination and fence them, so the animals couldn’t get to them,” she said. “We’ve managed to build a synagogue that has solar lighting.”

Two years ago when a drought hit the community, people were starving, she explained. Berner said at first the Ezra Uganda Assistance sent money for the villagers to buy rice and grain. But now, the Ezra program has helped build a granary in the town and encouraged people of the village to put a surplus of grain into the granary for leaner times, she said.

Halevi said it was a culture shock as he made his first trip to the U.S. for his studies. He had never been on an airplane before, so that was his first memorable experience.

Halevi said here it can take only a few minutes to cook a meal in a microwave, while at home it can take hours because they don’t have electricity.

He said he “feels much excited” that he is able to see the plans finally put into place. And, he said, the community “feels happy” at how they have benefitted from the Ezra Uganda Assistance.

In his three years with the ALEPH program, as well as a year at the Conservative Yeshiva in Jerusalem, Halevi has continued his studies. But it won’t take away from the focus on his community, which the Ezra Uganda Assistance program will continue to fund.

“We’re hoping that’ll probably take another two or three years to get the infrastructure and the basic needs done,” Berner said.

She said they also want to work on self-sufficiency for the community. Ezra Uganda has now raised funds to equip all of the Abayudaya homes in Namutumba with solar lighting.

Halevi said through ALEPH he has made new friends.

“And also spiritually, I have gotten more knowledge about Judaism,” he said.

As far as what the Ezra Uganda Assistance program has done for his village, Halevi said, “we have been able to move a step further than we have before.”

To find out more about the ALEPH: Alliance for Jewish Renewal Ordination Program, visit https://aleph.org/

To find out more about Ezra Uganda Assistance program and how to donate, go to EzraUganda.org