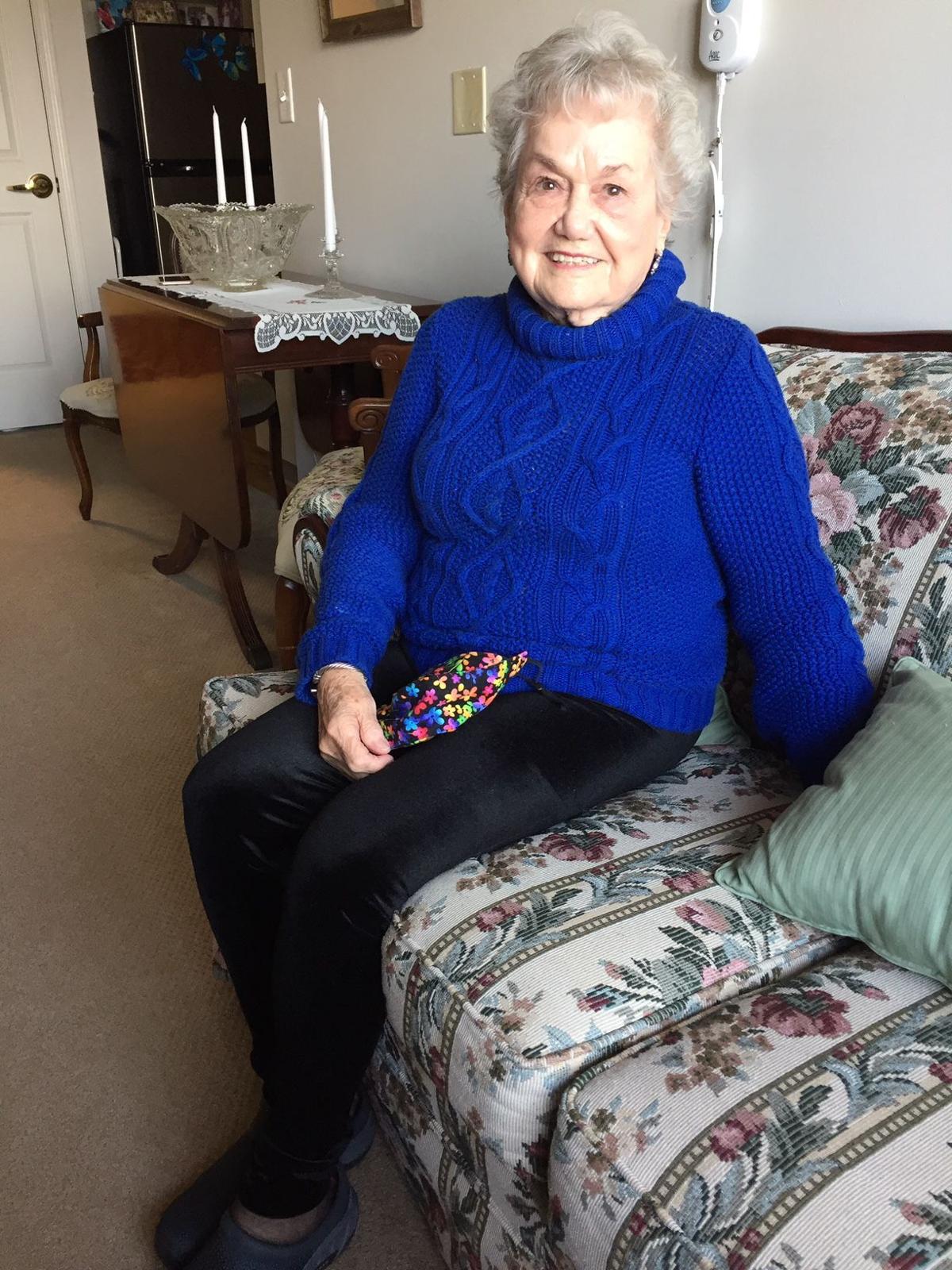 Country Meadows of Frederick resident Jean Dunlevy has stayed connected to her family during the pandemic via technology and drive-by visits. 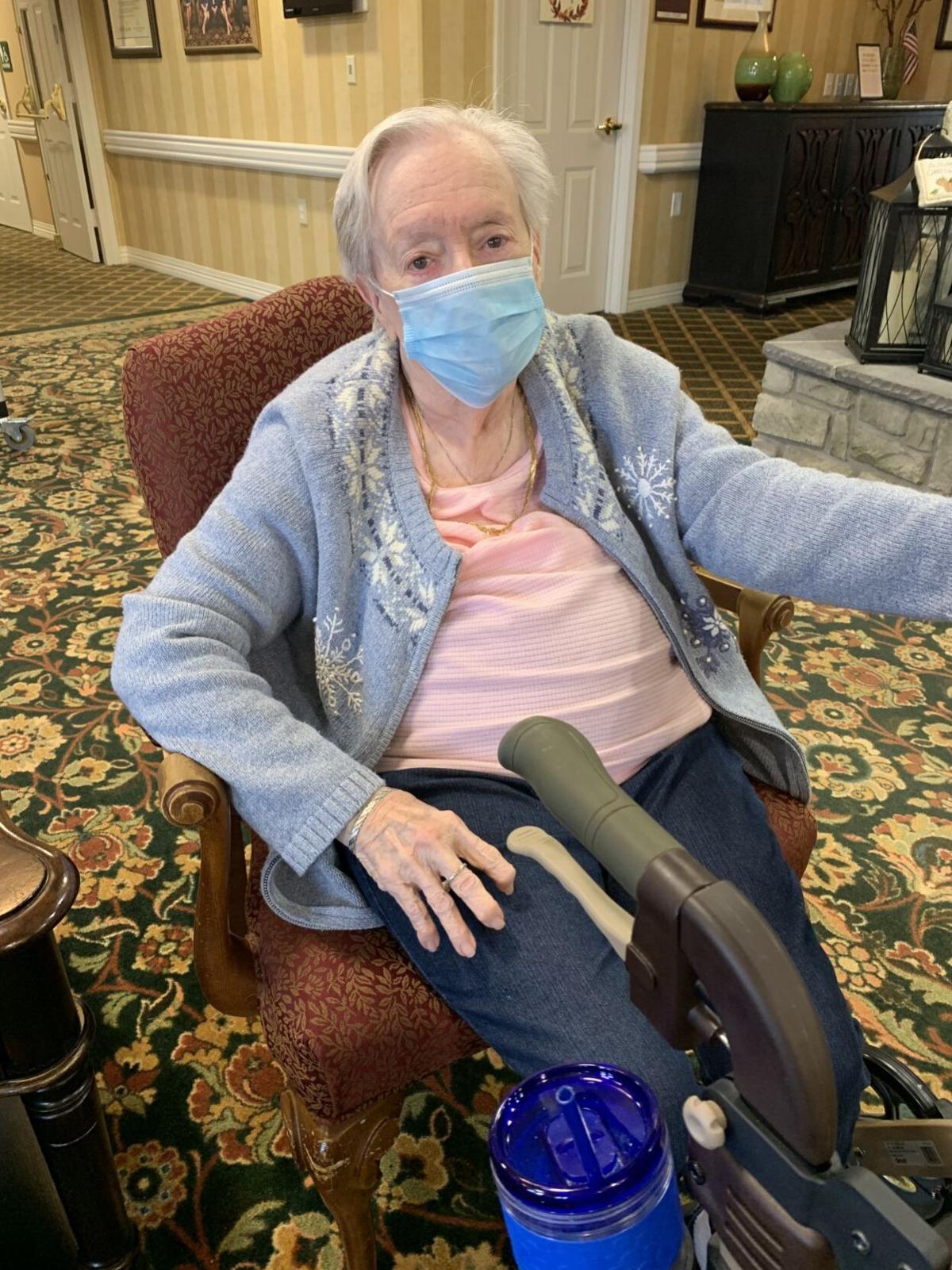 Country Meadows of Frederick resident Mary Huber turned 88 during the pandemic. While she couldn't celebrate in her usual fashion, her family greeted her through a window. 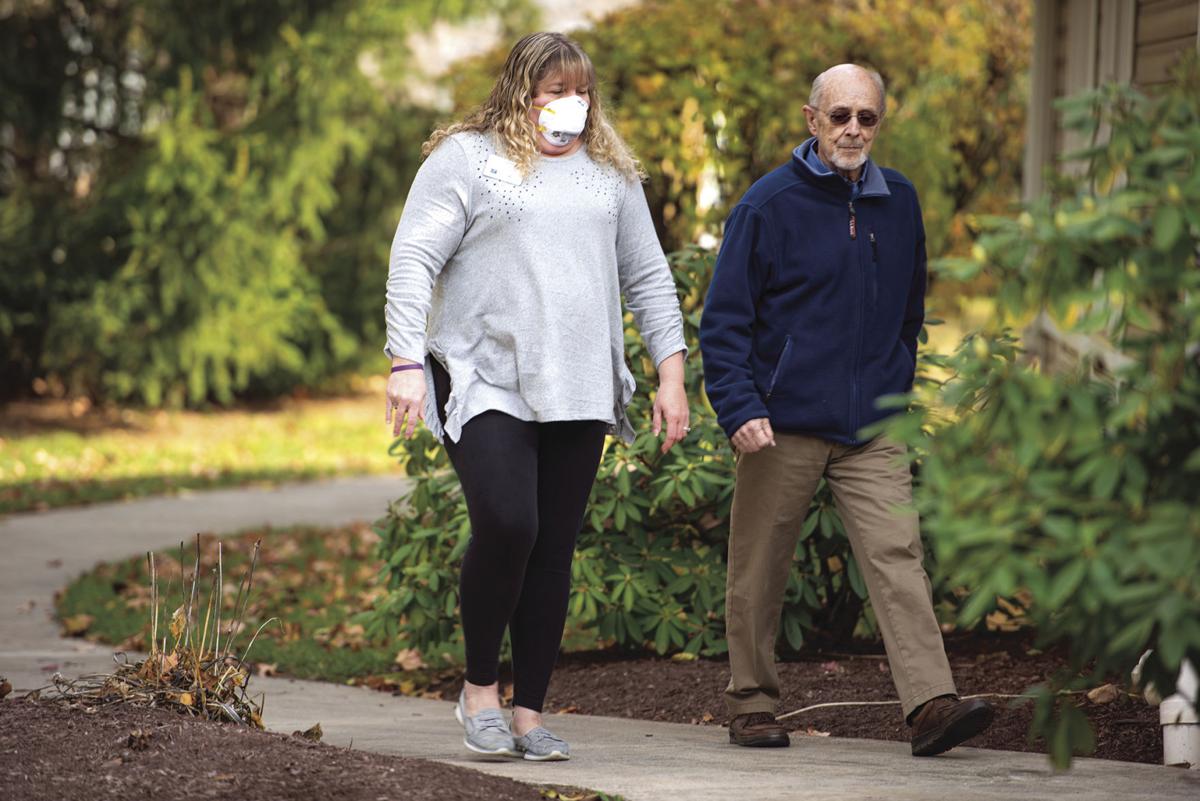 When Carl Close, who lives at HeartFields Assisted Living at Frederick, need a boost, he goes for a walk, sometimes strolling indoors, and other times getting out with friends, as seen here in November.

Country Meadows of Frederick resident Jean Dunlevy has stayed connected to her family during the pandemic via technology and drive-by visits.

Country Meadows of Frederick resident Mary Huber turned 88 during the pandemic. While she couldn't celebrate in her usual fashion, her family greeted her through a window.

When Carl Close, who lives at HeartFields Assisted Living at Frederick, need a boost, he goes for a walk, sometimes strolling indoors, and other times getting out with friends, as seen here in November.

When 82-year-old Carl Close needs a pick-me-up, he goes for a walk.Sometimes he strolls indoors, saying hello to his neighbors. Other times, he walks with friends—at a distance—outside. He gets his feet moving every day.

“If I’m feeling particularly lonely, I’ll get up and walk around,” he said.

At HeartFields Assisted Living at Frederick, where Close and his wife Martha have lived since August, life looks a little different these days. Masked faces greet them at every turn, and people move in 6-foot invisible bubbles.

They are among many in assisted living or retirement facilities in a time when older adults in particular need to limit interactions to protect their health.

As a result, more seniors are isolating, or interacting with others less often. With that new way of living can come feelings of stress, anxiety and loneliness, according to Lynda Sowbel, a doctor of social work and former Hood College professor.

“I would say COVID has been a crisis for a lot of people,” said Sowbel, who has been practicing clinical social work for more than 30 years.

She primarily sees adults and older adults; her specialties include helping clients through bereavement, grief and aging.

“Isolation and loneliness can affect people at any age,” she said, “but it may be a little more amplified in older adults in the sense that some of them are afraid to go out, or their families are afraid for them to come out.”

Since the pandemic began, many of Sowbel’s clients’ existing struggles have been exacerbated by COVID-19. A coping mechanism that worked for someone in the past—such as visiting friends or family—may not be options now.

Exercise, gardening, reading, journaling and listening to music can help someone shift their thoughts to a more positive sphere, she suggested. Finding a sense of belonging, even to a Facebook group, can be critical to a person’s well-being. And while social media can be helpful in that regard, Sowbel said it’s good to take breaks from scrolling through it, as it can be a bit much, or overwhelming.

Jean Dunlevy, a resident of Country Meadows Retirement Communities in Frederick, takes comfort in the arts.

The former school teacher formed a porch group for residents to watch the sunset and talk—social distance style. They ask each other thought-provoking questions like, “What was the best advice you ever received?” One gentleman suggested they write poems. In hers, 89-year-old Dunlevy described life at Country Meadows, where she has lived for about five years.

Dunlevy further occupies herself with music. She plays piano and the harp.

At the beginning of the pandemic, Country Meadows Director of Dynamic Living Melanie Long said residents had to stay in their rooms for the most part, which caused loneliness for some. Staff left activities packets on their doors, checked on residents frequently and got creative by offering hallway exercise classes.

Both Hanshew and Long said technology has been a godsend for keeping people connected and entertained.

Through video chats, Dunlevy can see her great-grandchildren put to bed, attend birthday parties and stay involved in her family’s lives.

Fellow Country Meadows resident Mary Huber said she gets phone calls constantly from her loved ones, and she’s been glad to enjoy small, socially distant group activities when she can. She looks forward to a maskless world.

“When people have to wear a mask, it’s sort of sad,” Huber said. “I like to see their smiles.”

As a mother of nine, she sees herself as one of the lucky ones with a close-knit family. Huber acknowledged some residents don’t have relatives as doting as hers. She encouraged people to reach out to their loved ones, however they can.

Close and Dunlevy echoed this sentiment.

“Don’t get centered on yourself, because if you want to keep yourself healthy, in terms of your mental outlook, you really need to talk with other people,” Close said.

And while Dunlevy would love to visit relatives far away, she feels a responsibility to stay put.

“Those are hard things to sacrifice, but I do feel we need to do it,” she said.

I got together with friends via GoogleMeet but first we group texted to get the details right. I figured, if we are texting, we're all available now. But no. Had to settle on a date and time two days later. We started kidding around in text, that was fun, nice to have friends, these from 1972, like no time has passed. Then I was privately texted by one asking me how to get out of the group text. It didn't have anything to do with her. No? We are including you. The pinging was annoying. "I don't get it." "It's a conversation." "How do I get out?" I told her to turn off the alerts. She was referenced after that with no response and on the meeting day couldn't get it to work. I held my phone up to my tablet screen so she could participate through Facetime. Phooey. Old folks.