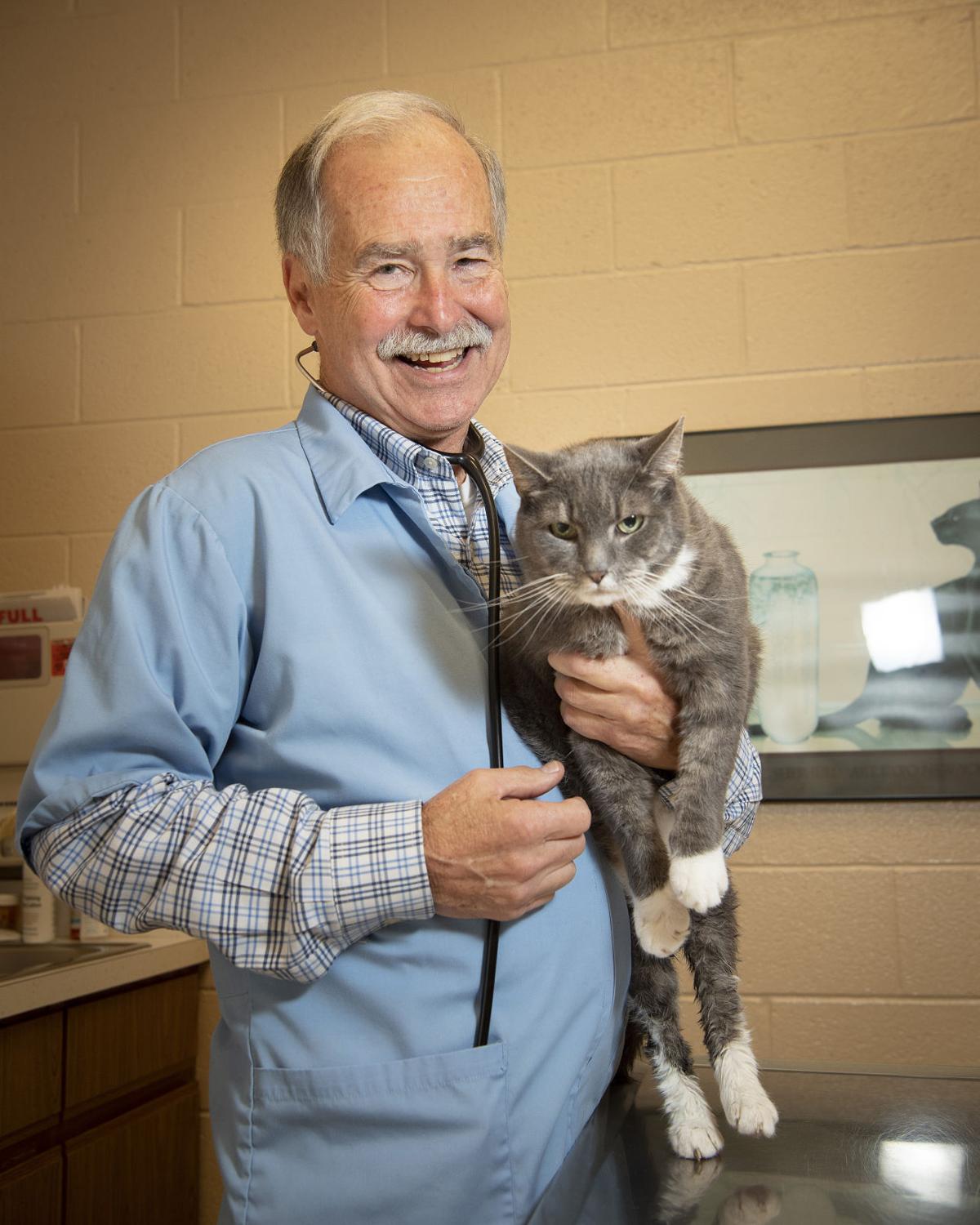 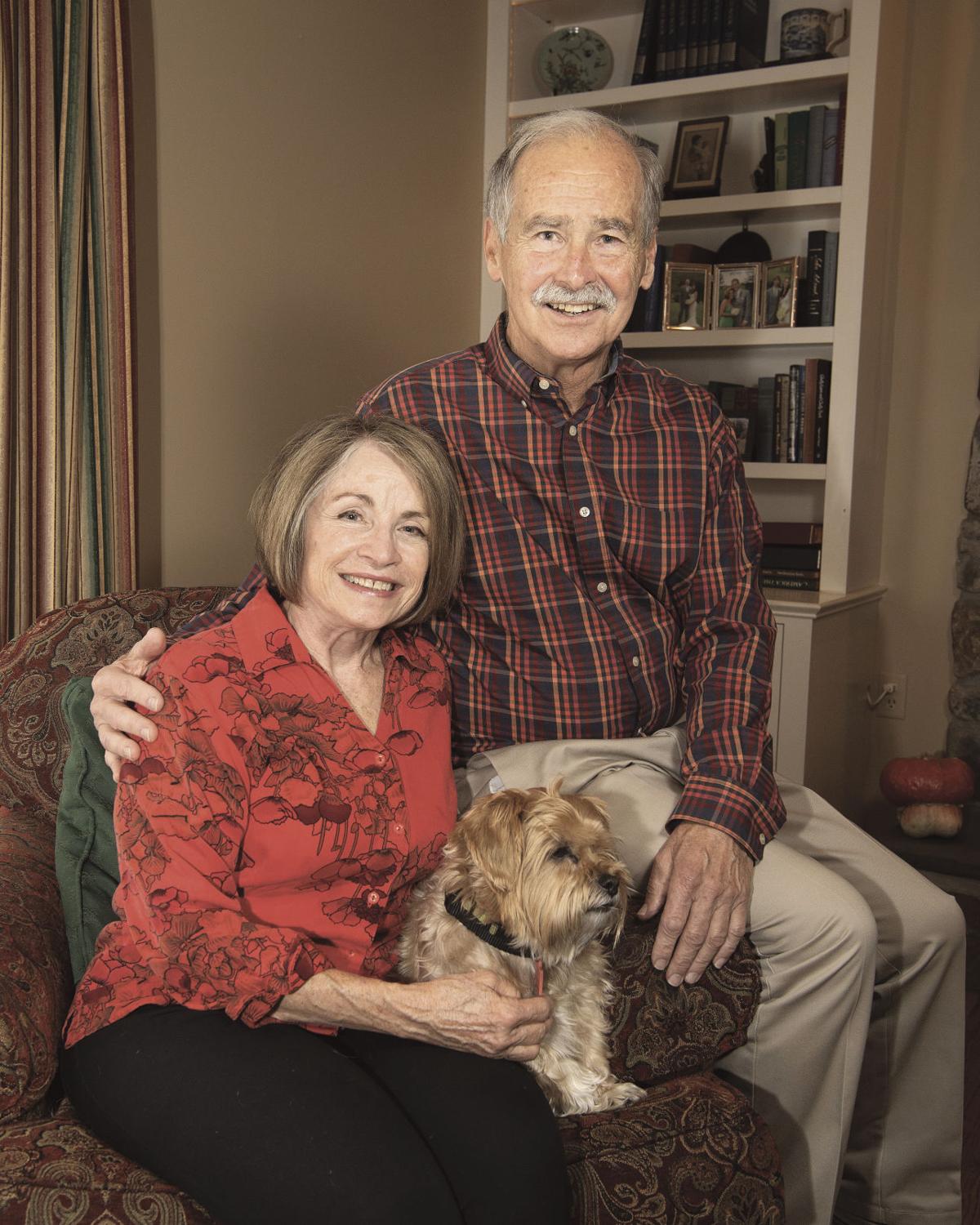 Dr. Michael Schaden, pictured here with his wife Sheila, was a practicing veterinarian in Frederick County for over 47 years. At right, Dr. Schaden treats a patient in one of his final days at the clinic he once owned. 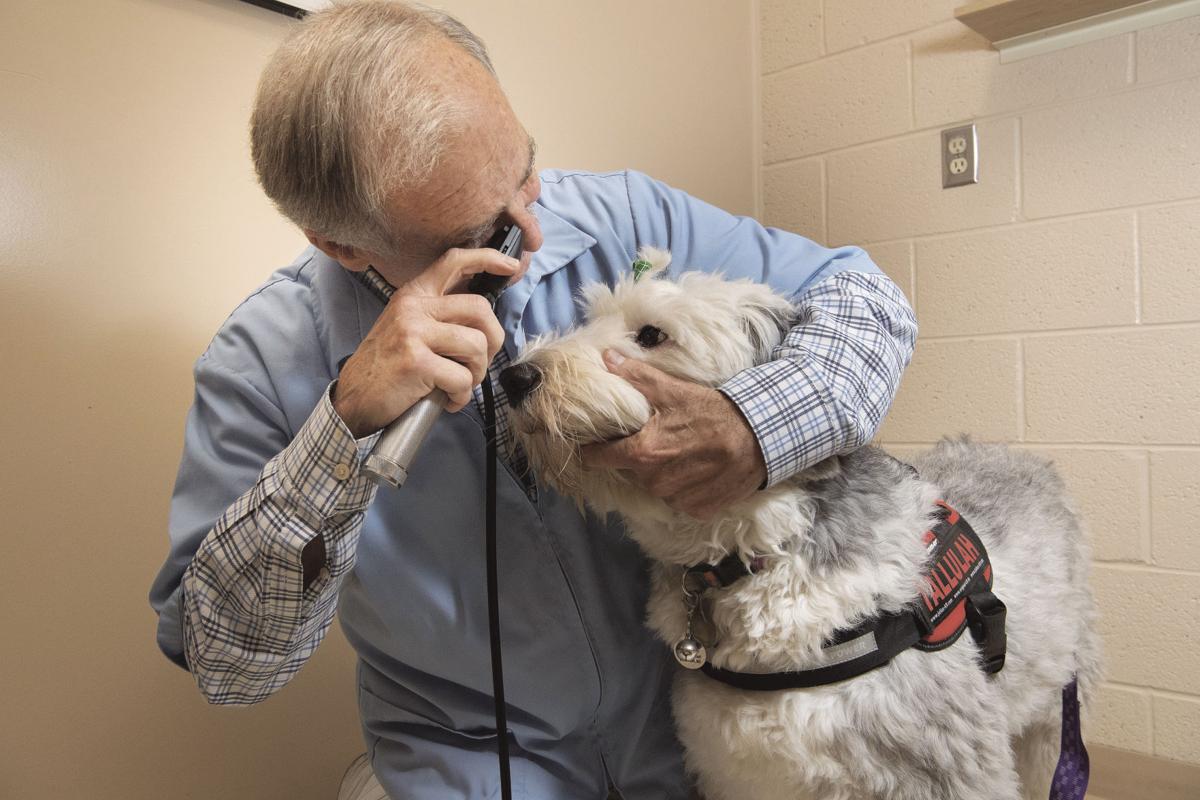 Dr. Michael Schaden, pictured here with his wife Sheila, was a practicing veterinarian in Frederick County for over 47 years. At right, Dr. Schaden treats a patient in one of his final days at the clinic he once owned.

Dr. Michael Schaden was a practicing veterinarian in Frederick County for over 47 years before retiring in October.

He said it’s difficult to estimate how many thousands—or likely hundreds of thousands—of animals he treated in that time.

“How many appointments? How many spays? It’s really hard,” said Schaden, 73, who owned Opossum Pike Vet Clinic and its companion outpatient clinics in Thurmont and Ballenger Creek. (The Ballenger location closed about five years ago.) “Between 7,000 and 8,000 animals we see, plus new patients. It really adds up over time.”

Schaden’s father was a veterinarian in Frederick and started his own practice in 1942. Schaden went to graduate school at the University of Pennsylvania School of Veterinary Medicine, and received his degree in 1972. He began practicing in upstate New York, but just a few years later, he purchased his father’s practice in Frederick.

“It seems like only yesterday when I came to join the practice with my dad. I was the young guy,” Schaden said. “Suddenly, I became the old guy.”

Schaden owned the practice until about five years ago when he semi-retired and sold it to three associates at the clinic, who hired him back part-time.

His last full day of work was on Halloween this year.

But Schaden said he intends to keep up with his full schedule of volunteer and civic work, in addition to spending more time with his family—his wife, Sheila, three children and three grandchildren—who he said “tolerated” him being away from home a lot during his career.

In addition to his veterinary work, Schaden’s impressive resume of community service activities also kept him quite busy. He served two terms on the Frederick County Board of Education, stepping down in 2010. He was president of the board once and vice president three times during his tenure.

He also has remained active in numerous organizations in the county, including the Rotary Club of Frederick, serving on the board of directors. He remains active with the Blessings in a Backpack program and is a former member of the board of directors of Big Brothers/Big Sisters. He’s a former PTA president, served as president of the Thomas Johnson High School Athletic Boosters and is a past president of the Frederick Jaycees.

In looking back on his career as a veterinarian, Schaden said what set his practice apart was the ability to provide personalized services.

“You have an interest in those patients. You establish a relationship with the client and make sure you don’t get bitten by the patient.”

He said that personal touch was important to him throughout his career.

He also reflects on the changes that have occurred in veterinary medicine since he first took over the practice.

“Just like in human medicine, medical practices have become much more sophisticated. The equipment is greatly advanced,” he said, noting that veterinary medicine now has specialists—similar to human medicine.

“Being able to see how far veterinary medicine has come, I’m proud not of anything I did, but of how far the profession has come.”

Until the late 1970s, his veterinary office saw a variety of animals, including farm, domestic and exotics, such as ferrets. In the late 1970s that was limited to pets, but the practice still takes care of exotics and of wildlife today.

Wildlife, technically, belong to the state of Maryland, Schaden said, and the state dictates who can treat them. Veterinarians cannot treat wild animals unless they have a permit, which the Opossum Pike clinic does.

Schaden recalls getting a call to come into the office on a Sunday morning to treat a sparrow that was injured when it flew into a window. Other wildlife patients included turtles with broken shells and sick birds.

All of this care is free, Schaden said, as the state does not compensate veterinarians for caring for the wildlife.

“Treating the wildlife is just one of the things that collectively the doctors at the office felt was a void in the community,” he said. “As a result, we decided to do that. We do it as a community service for wild animals.”

While Schaden said he has been enjoying retirement and spending more time with his family, he has remained busy. He said he’ll continue to be involved in the community, but not be “squeezed for time” as he tries to balance his volunteer work with a busy work schedule.

“It’s just a change of pace,” he said. “I can have a second cup of coffee in the morning and pick and choose the things I’m involved in.”

43. Ride a Ferris wheel at the county’s many carnivals