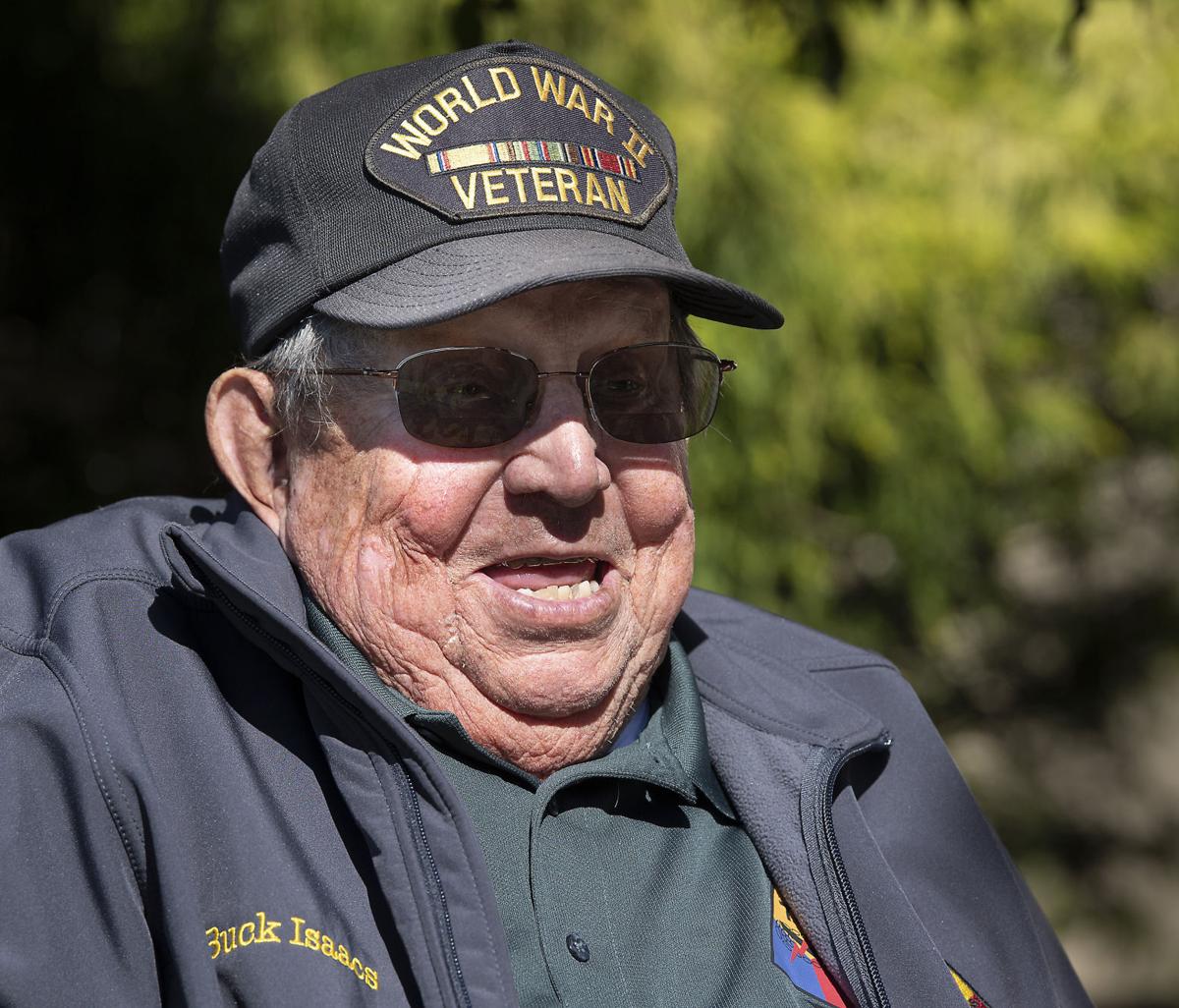 Frederick resident Irwin “Buck” Isaacs turns 100 today. He had to survive the Great Depression, D-Day and COVID-19 to get there. Isaacs joined the Army at 19 years old and was about one year into his service when Pearl Harbor was attacked during World War 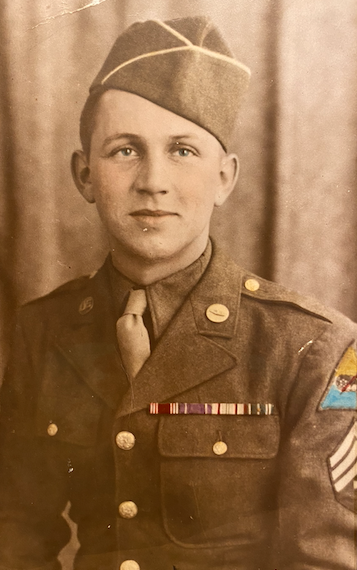 Frederick resident Irwin “Buck” Isaacs turns 100 today. He had to survive the Great Depression, D-Day and COVID-19 to get there. Isaacs joined the Army at 19 years old and was about one year into his service when Pearl Harbor was attacked during World War

To reach his 100th birthday today, Frederick resident Irwin “Buck” Isaacs had to survive the Great Depression, D-Day and COVID-19.

Isaacs joined the Army at 19 years old and was about one year into his service when Pearl Harbor was attacked during World War II. As a member of the 70th Tank Battalion, Isaacs and his fellow soldiers trained for roughly six months for the invasion of North Africa — where Isaacs lost his dog tags, but not for long. They were later mailed home to his mother, he said.

The war next took him to Sicily, then to England for water training before the invasion of Normandy. When his battalion arrived for the afternoon wave on D-Day, he said German planes flew overhead. Bodies were everywhere.

“It was just a lot of confusion,” Isaacs told the News-Post. “I’ll never forget it.”

The American soldiers left the beach and went inland to Rothenburg, Germany, Isaacs recalled, and waited for V-E Day. They gathered champagne in preparation.

“We had a big party,” Isaacs said, and the bubbly never tasted so good.

The Army asked Isaacs if he would go to Japan next, but after four years, five months and 13 days with no break, he was ready to go home. He retired as a master sergeant.

And it’s a good thing he left the Army when he did. About three months after V-E Day, the United States bombed Japan.

“I got out while the getting out was good,” Isaacs said.

He returned to Kemptown (Monrovia) and noticed a beautiful woman named Virginia running across the street, whose mother was friends with his. They wed and were married about 70 years before she died about five years ago.

“He wooed her off her feet,” Isaacs’s daughter Suzanne Isaacs said.

Together the couple raised Suzanne and her brother Michael in Damascus, while Isaacs worked nearly 30 years for Montgomery County and retired as head of the equipment division. He’ll tell you he was a mechanic, but Suzanne is quick to say his role was much bigger than that, as he managed many people and types of equipment that included police cars.

Once again, Isaacs “got out while the getting out was good,” and retired at 55 years old before Montgomery County changed its retirement plan. He and Virginia spent their retirement traveling the country in a motor home, and even went to Europe so Isaacs could see Normandy again and reflect on his fallen companions.

Over the years, the surviving members of the 70th Tank Battalion and their descendants formed an association to organize annual reunions.

“It was quite the party time when they got together,” Suzanne recalled.

They’d get a big band to play, fill a bathtub with beer and let the good times roll. But over the years, almost all of the members have passed away.

She said when her father’s time comes, children of the original members will still meet as friends. They’ve grown close over the years, she said.

On a recent October day, Isaacs sat in the sun outside his residence at Country Meadows and reflected on the century he’s experienced. He’ll be celebrating his birthday with family, including his 101-year-old sister Margaret Skipper.

Suzanne recalled the way her parents instilled the importance of gratitude in her and her brother.

“Because my parents lived with gratitude and appreciation … they were able to live an incredible life,” she said.

Isaacs’ advice to the younger generations is to do just that, appreciate what you have. That, plus a good job and a willingness to stick to it will get you far, he added.

“I’ve had a good life,” Isaacs said from under the shade of his World War II veteran cap. “I have no complaints.”

Another member of the Greatest Generation who we still owe our thanks to, God bless them all.

On another note, Stephen E. Ambrose, the eminent historian and author, detailed in his book "D Day: June 6, 1944: The Climactic Battle of World War II" that, during the invasion, the allies had such air superiority by then that only two German planes passed over the invading forces, and they didn't stick around for long as every ship capable immediately opened fire on them.