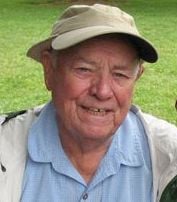 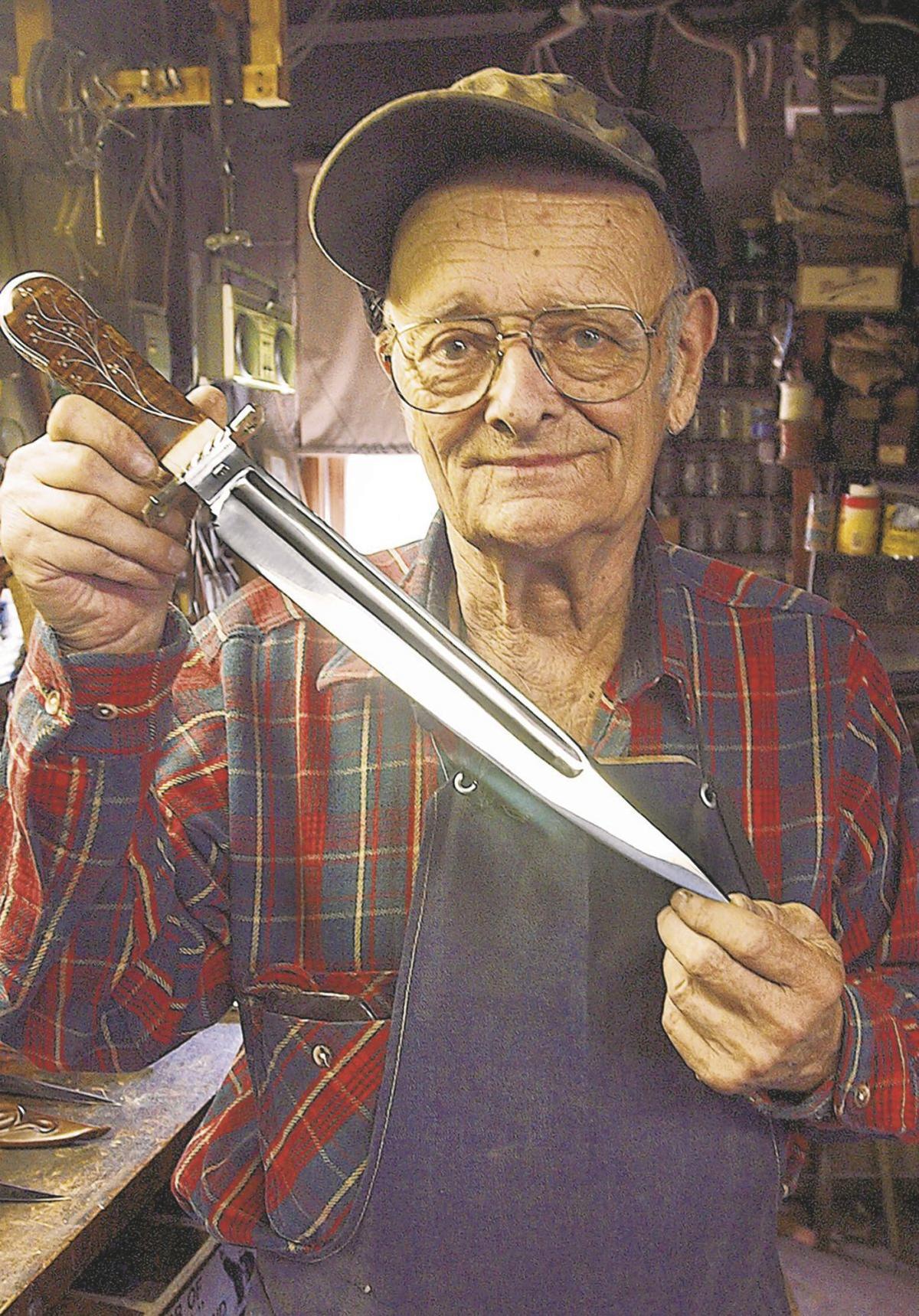 Knife maker Bill Moran (1925-2006) is shown here with one of his creations in this file photo dated Sept. 30, 2003. He is considered “the father of the modern knife forging movement” and is credited with reintroducing the process of making Damascus steel. For more information on Moran, visit www.williammoranmuseum.com. The museum is on Old National Pike, Middletown.

Knife maker Bill Moran (1925-2006) is shown here with one of his creations in this file photo dated Sept. 30, 2003. He is considered “the father of the modern knife forging movement” and is credited with reintroducing the process of making Damascus steel. For more information on Moran, visit www.williammoranmuseum.com. The museum is on Old National Pike, Middletown.

From the archives: Maryland Afield and Field & Stream were outdoor columns published in The Frederick News-Post in the 1950s to early 1960s and written by the late Lefty Kreh, world-renowned outdoorsman and fly fisher. Kreh, who was a Frederick native, began his outdoor columnist career at The News-Post. This Field & Stream column published Jan. 17, 1958. It has been edited for space.

Within four miles of Frederick City a lost art is being reborn: the ancient trade of bladesmithing. A bladesmith is a maker of knives and swords. These craftsmen were essential to everyday life for centuries. The secrets of this very difficult art were handed down from father to son and jealously guarded. With the advent of firearms, the popularity of knives dropped, and because of this, the bladesmith disappeared.

Bill Moran, of Lime Kiln, has mastered the many problems of this craft and has found for himself a fascinating hobby as well as a source of employment.

Bill makes knives of any description and all are handmade. He prefers to make a knife from a model of the one the customer wants built but has made many from diagrams or descriptions. Moran’s knives have been purchased by people all over the United States and used in Alaska and Africa.

Bill has not advertised, but gets his business through his satisfied customers. They show an example of his work to their friends and another order comes falling in. From this resource alone, he has been able to keep busy in all his spare time. In the future, he expects to advertise and go into the field full time. Moran reminds one of the old-time gunsmiths in that he is more interested in making a perfect knife than a lot of money. For this reason, each product is a work of art and resembles a polished surgical instrument.

His knives cost from $20 upward, depending on many factors. He makes leather sheaths for all his knives. The handles can be ordered in rosewood, bone, ivory, maple or several exotic woods. He has 15 basic designs and nearly 60 variations of these designs.

Moran starts with a piece of special knife steel in the shape of bar steel. After heating the steel to a cherry red he pounds it into form with a large hammer. Tempering comes next and is something that can only be learned through years of experience. Then a handle is fitted to the knife and the blade is polished from a dirty black color to a chrome-like surface. The handle is given the finishing touches, the knife re-polished and a final razor edge is put on it. Bill then gives it an inspection test by shaving his arm. The knife is put into its particular sheath and shipped to the customer. The average knife takes three days to complete from bar steel to finished product. Every step is done by hand with great care.

His specialty is Bowie knives. He has examined over a hundred of the originals and has built this knife from those models. Several replicas he has made weighed over 5 pounds. These knives were strictly weapons and were not designed for hunting or throwing. In fact, Moran stressed that any fine knife will have a sharp point and the steel will snap easily. If this knife is thrown, it would break the point on contact with any hard object.

His greatest demand for knives, other than Bowie knives, is for hunting purposes. Bill has taken great pains to design a knife for cleaning deer and other game, plus general outdoor use. It has a 4-inch blade and is 1½ inches wide. The knife has several features that make it a real tool for the hunter.

Moran’s most unusual job was to make a sword for a museum. They had a collection in which one sword was missing. Bill had to make a replacement to fit exactly in the original box. He made a perfect replica, and the officials were extremely satisfied.

Bill has exhibited his work at many gun shows. Many outstanding experts in this field have proclaimed his knives as among the best in the United States.

How many duck hunters have seen a flock of ducks circle the decoys suspiciously and then leave as suddenly as they came? Time and time again, this has occurred. Bitterly, the hunter wished he could use a call. Because he did not know how to use one expertly he hesitated to attempt it and possibly ruin his chances for a shot.

Records can be purchased that give oral instructions on calling and are good — up to a point. But only experience can teach the nimrod when to use the highball, feed chuckle or deep-toned quack of the drake.

The duck season is over and soon the web-feet will lose a lot of their wariness. Then is the time to get on the river (without a gun) and learn calling. Also placement of decoys, what effect wind plays in decoying and how to build a blind. After the season is over, one need not worry over mistakes. For an error then is not a lost chance at downing game but another lesson in the art of ducking.

Instead of concentrating on bagging the game, the hunter will be thinking of learning more about the quarry he seeks and his reward will be greater. Try it!