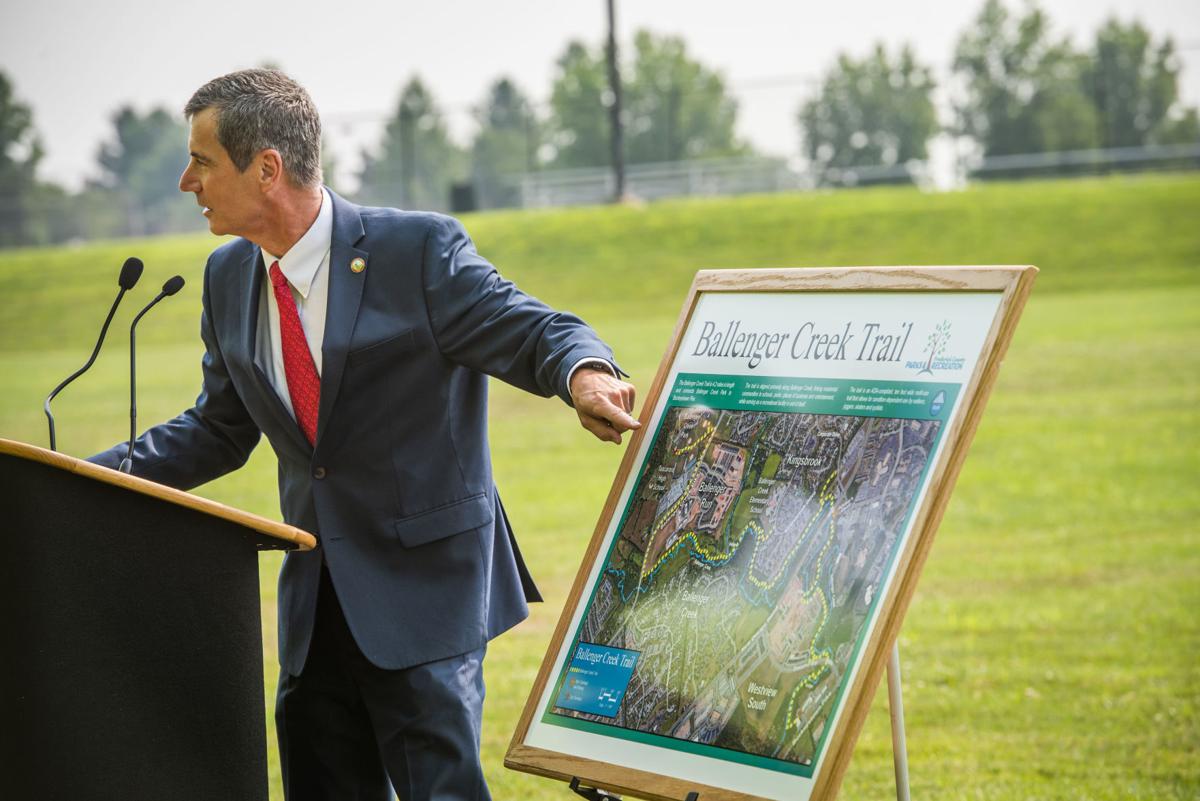 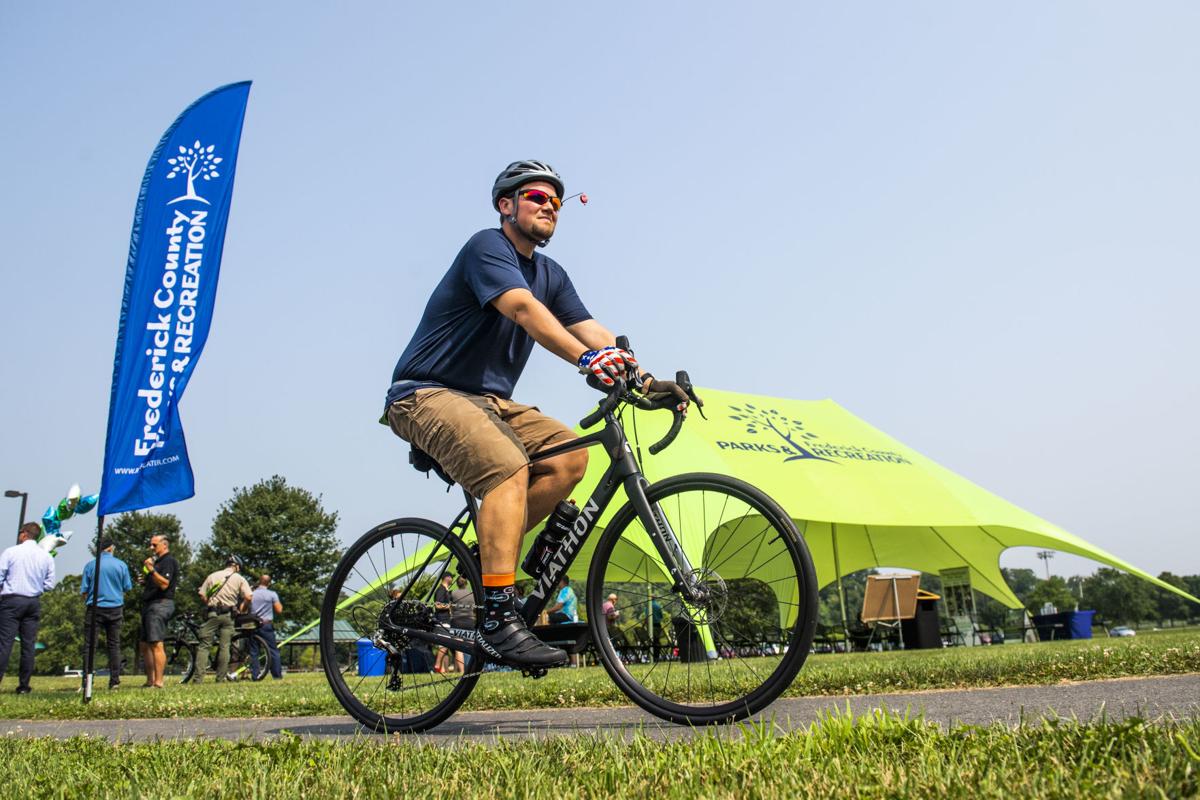 A cyclist bikes along the path on the Ballenger Creek Linear Trail. 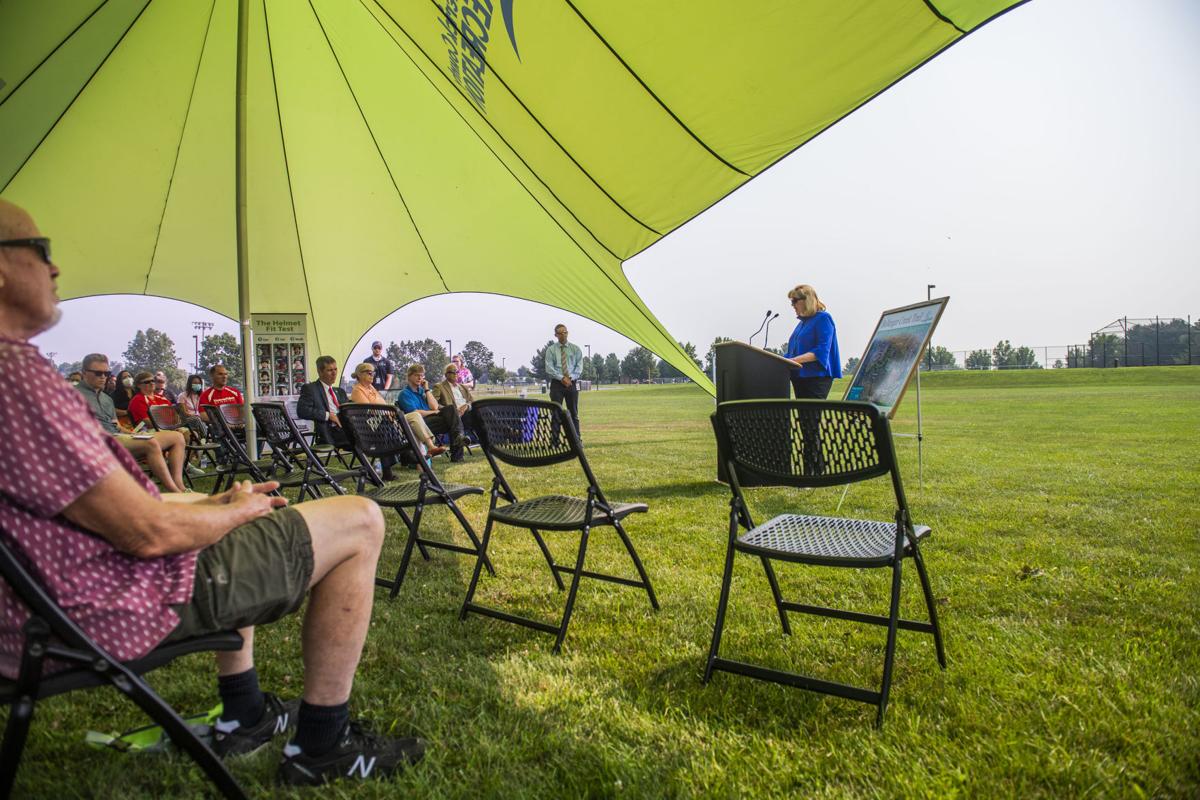 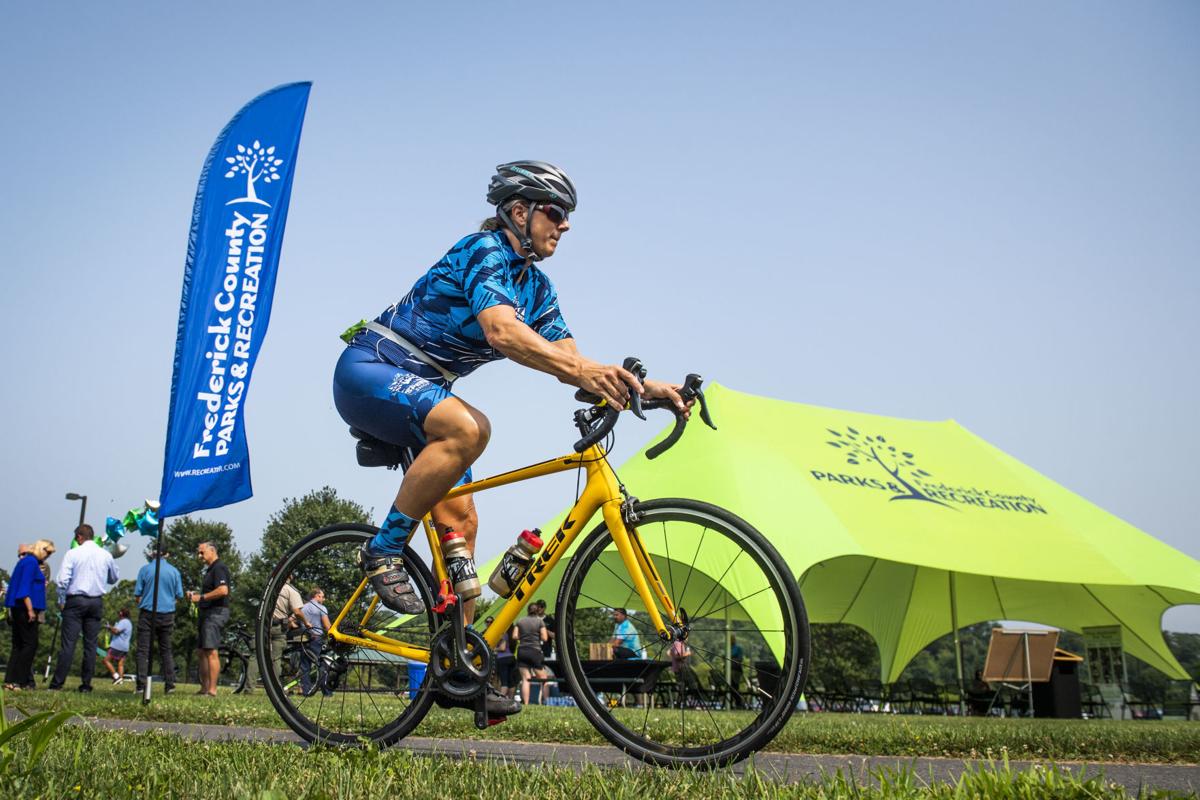 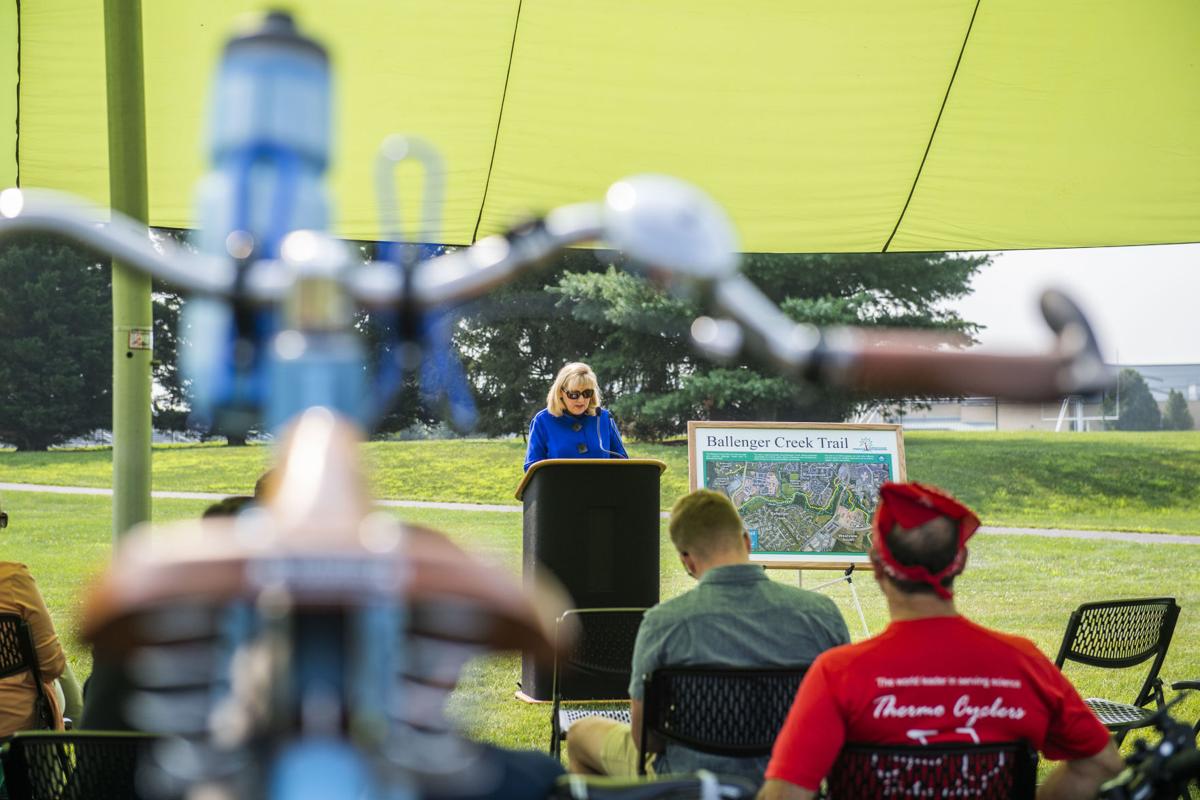 A cyclist bikes along the path on the Ballenger Creek Linear Trail.

It’s been months since the Frederick County government announced the completion of the Ballenger Creek Trail in a YouTube video in December.

Winter weather and pandemic restrictions postponed a celebration of the decade-long project county planners first envisioned at the turn of the century.

Shielded from the harsh July sun under a fluorescent green tent, a few dozen county residents and local officials gathered Tuesday in Ballenger Creek Park to celebrate, at last, the completion of the Frederick trail.

The $2.3 million project — of which federal grant money covered two-thirds — enhanced the county’s interconnectivity, Councilman Jerry Donald (D) said during Tuesday’s celebration. Before the trail, children may have had to navigate county roads or wait for a ride to access Ballenger Creek Park. The finished path, however, offers a direct route to the park without subjecting travelers to street crossings.

“A kid in Kingsbrook can get on his bike and ride to this park and use this park without having to ask mom or dad to get him here,” the councilman said.

The 10-foot-wide trail spans more than 4 miles, starting at the area of Ballenger Creek Park that neighbors Tuscarora High School. It runs parallel to the creek along the perimeters of the Ballenger Run and Ballenger Creek neighborhoods, winds with the creek toward Kingsbrook and the area surrounding Ballenger Creek Elementary School and eventually ends by the intersection of Executive Way and Buckeystown Pike.

Mile markers throughout the trail feature QR Codes that, when scanned with a smartphone, connect passersby to information about the nature and activities along the path.

Connectivity is a theme within the county’s more than 26 miles of trails, which improve access between residential neighborhoods, schools, local businesses and parks — an especially prominent form of escape during the worst months of the pandemic. The county’s parks normally attract more than 2 million people annually, County Executive Jan Gardner (D) said, and that number approximately doubled during the pandemic.

“It was a great place for people to go and get some exercise and some respite from being cooped up at home,” Gardner said.

County officials began planning the trail as early as 1998, with hopes to complete it within five years, Joe Kelley, the county’s bicycle and pedestrian coordinator, said after the celebration. But the trail’s progress was dependent on development of the surrounding area, which includes residential neighborhoods, schools and parks, Kelley said. Ten years elapsed before developers completed the trail’s first section, and another decade went by before the trail was finished.

The county’s next project, which officials hope will be underway in summer or fall of 2022, will extend the East Street Rails with Trails project from downtown Frederick to Heritage Park in Walkersville. The new path will be known as the Frederick and Pennsylvania Line Railroad Trail.

Sad that these trails are dependent on development. Please no more new housing in Frederick. Can't we just check a box on our County tax forms asking to add another $10 to our bill to develop parks, recreational areas, and save farms????

Why no photo of the poster/map, so we could see it? Poor reportage, IMHO.

This is a beautiful trail and it is regularly used by runners, bikers and people just enjoying nature. The county has now added a capital budget to do more trails no doubt due to the success of this one. Kudos to all involved.

It is inexcusable that the county needed twenty years to construct a four-mile trail. Frederick County’s trail network is very poor, especially when compared to other counties - and states. While I applaud that this trail has finally been completed, in twenty more years I will be 83 years old and probably too feeble to bicycle or walk the next four-mile trail built. (Yes, I know there are more in the works. But, if the county keeps waiting for developers to foot the bill, these trail gems will never happen.)

I completely agree Bill. Where is the trail that they spoke about from the Northern part of the city that in last weeks paper in the "20 years ago" section listed Ausherman Development was supposed to build for the communities of North Crossing, Clover Hill, etc.?? Wish in one hand and poop in the other and see which one fills faster!! Typical!!