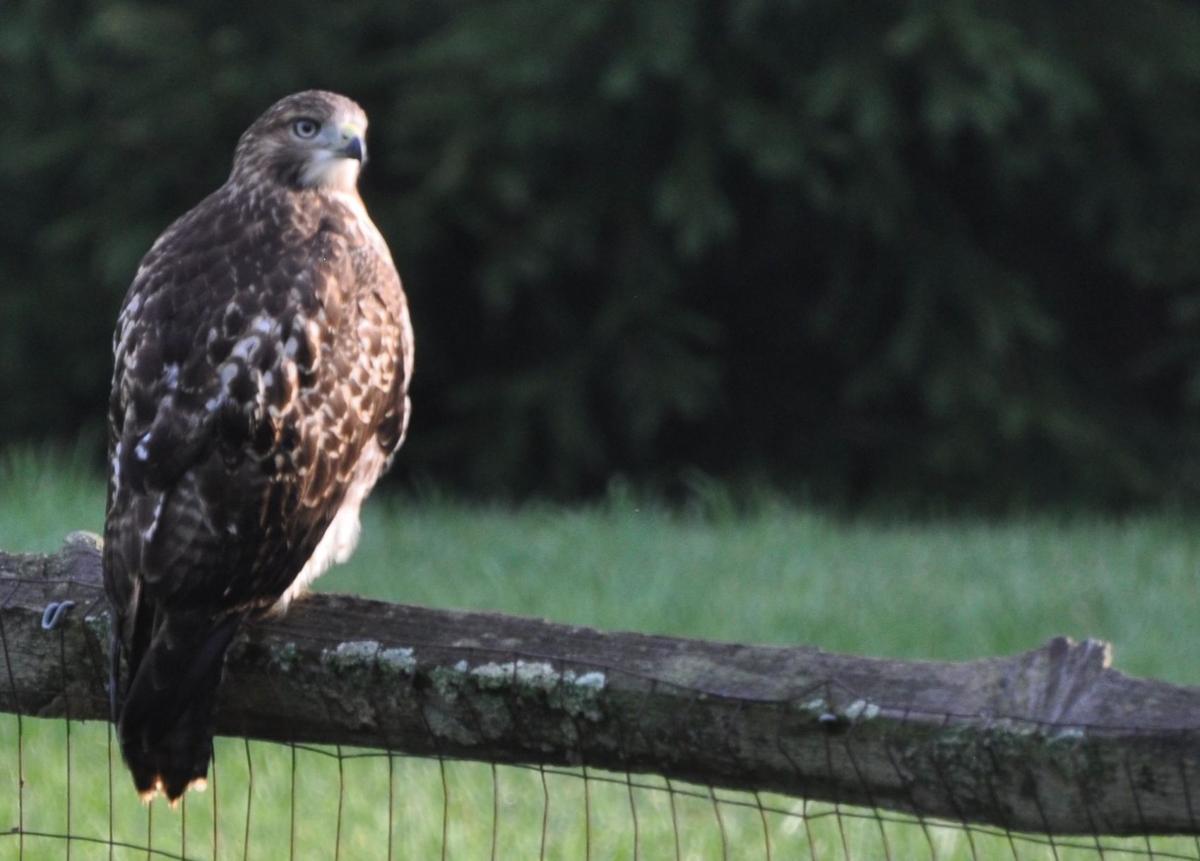 The broad-winged hawk can be seen in and around deciduous or mixed evergreen hardwood forests, perching in lower branches waiting to ambush unwary quarry. 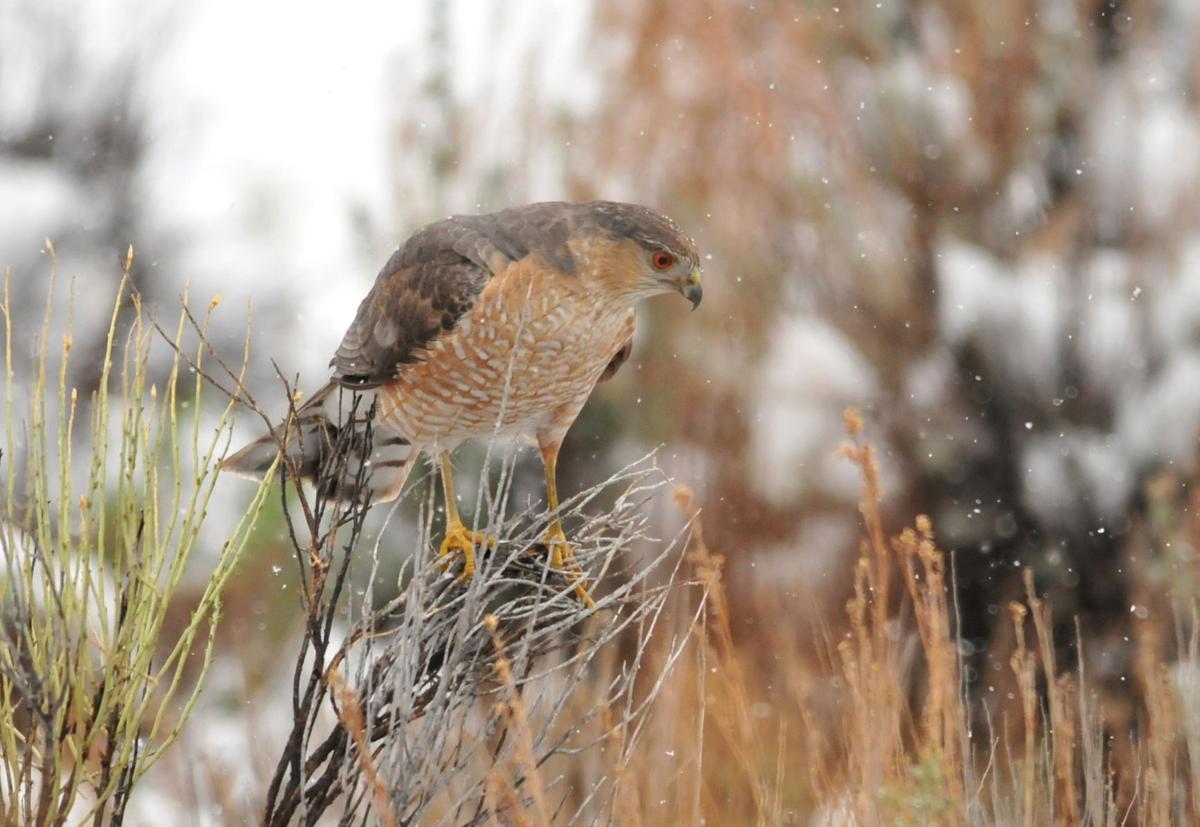 Cooper’s hawks are very quick and agile, with strong legs and large talons, traits that serve them well when hunting for birds and small mammals.

The broad-winged hawk can be seen in and around deciduous or mixed evergreen hardwood forests, perching in lower branches waiting to ambush unwary quarry.

Cooper’s hawks are very quick and agile, with strong legs and large talons, traits that serve them well when hunting for birds and small mammals.

(This is the fourth in a four-part series on hawks.)

The broad-winged hawk is a fairly small hawk with a stout body and a big head. This hawk is part of the Buteo family of hawks. With fairly large wings and a short, square tail, it is reddish-brown on its upper body and a white underside with brown bars. The underside of the tail has distinct black and white stripes.

The broad-winged hawk can be seen soaring overhead, but it spends most of its time in and around deciduous or mixed evergreen hardwood forests, perching in lower branches waiting to ambush unwary quarry. This hawk targets squirrels, chipmunks, small rodents, birds, reptiles, and frogs.

Broad-winged hawks spend most of the summer in North America, but most will migrate great distances to winter in Central and South America. They sometimes congregate in large flocks of as many as 1,000 birds when they migrate south in the fall. A favorite route is along the Appalachian Mountains. This large exodus of hawks gave rise to the popularity of hawk migrations. Broad-winged hawks have a very shrill whistle as a call and tend to shy away from densely populated areas.

This medium-sized hawk has a fairly wide distribution across the United States and Mexico, and is quite common in Maryland. The Cooper’s hawk is an Accipiter, meaning that it tends to perch in trees and utility lines, and swoop down to catch its prey. The bird was named after William Cooper who was a famous naturalist in the 1800s. Cooper’s hawks are very quick and agile, with strong legs and large talons, traits that serve them well when hunting for birds and small mammals.

Cooper’s hawks target game birds like pheasant, quail and grouse, along with other small and medium-sized birds. It was the bird’s propensity to target game birds that led to large-scale bounties being placed on the hawk in the 1800s to early 1900s that drastically reduced their numbers. The populations rebounded quickly after protective measures were put on this bird and other raptors, so today its population is fairly robust.

While the Cooper’s hawk feeds on some birds that are declining such as prairie chicken, cerulean warbler and golden-winged warbler, the declines that these birds are witnessing is due more to loss of suitable habitat rather than predation. One reason for the smaller sparrow hawk’s population decline is due to competition by the Cooper’s hawk. The Cooper’s hawk is agile, fast and adaptable, traits that serve this bird well in the natural world.