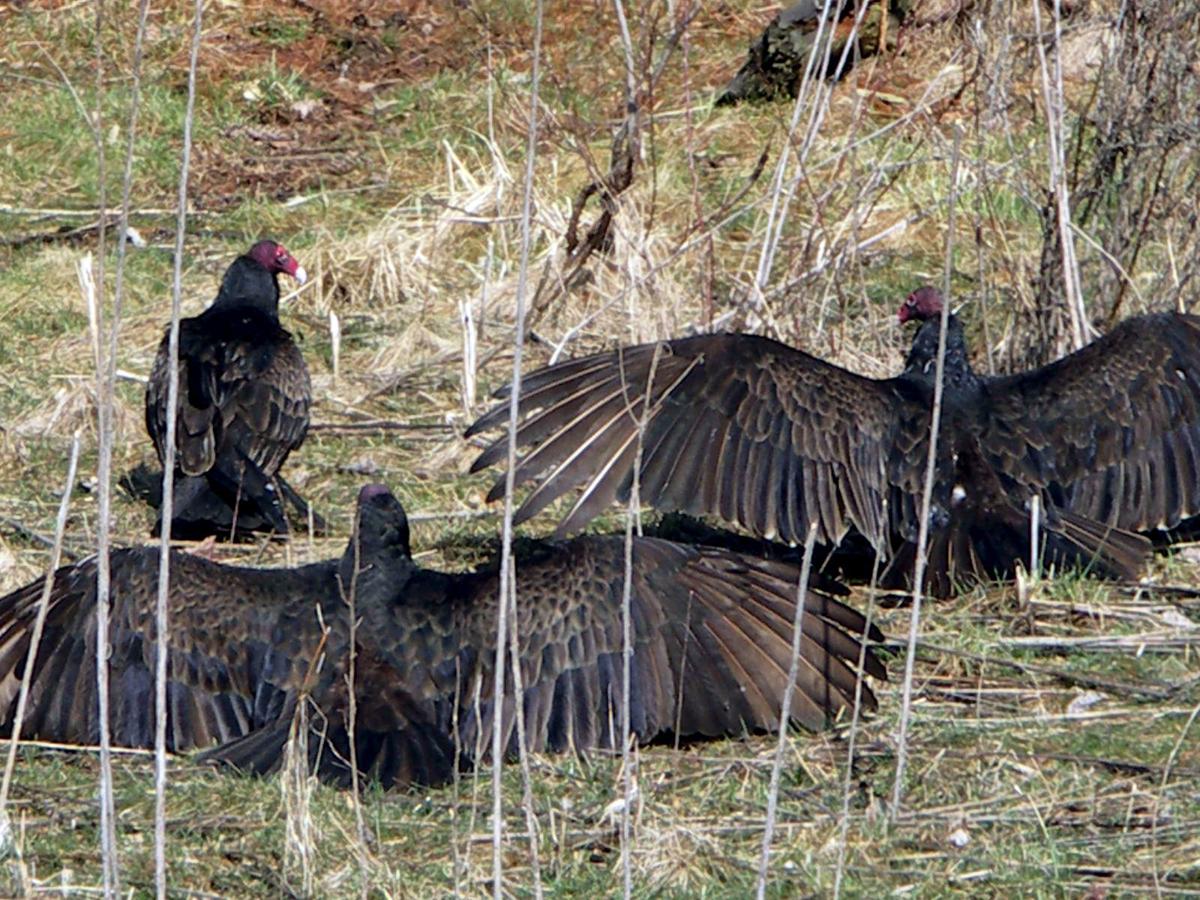 Historical records dating to 1820 speak of the annual return of the buzzards to Hinckley, Ohio, on March 15. 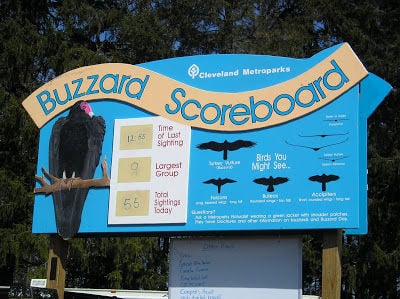 Historical records dating to 1820 speak of the annual return of the buzzards to Hinckley, Ohio, on March 15.

Just as the swallows return to the Mission of Capistrano every year on March 19, St. Joseph’s Day, the buzzards return to Hinckley, Ohio, every year on March 15. Historical records dating to 1820 speak of the return of the buzzards. One of the early theories given for this return was that the buzzards returned to feast on animal carcasses that were thawing out with warmer temperatures. Another legend stated the birds began to return after a woman was hanged there for practicing witchcraft.

The town of Hinckley is about 30 miles south of Cleveland; the Hinckley Reservation is part of Cleveland’s Metro Park system. The buzzards return to roost on a large rock ledge known as Whip’s Ledges.

Buzzards, or turkey vultures, are mainly scavengers. They migrate south during the coldest part of the year in northern locations, traveling as far south as the Carolinas to escape the ravages of winter. In the spring, the buzzards return to Buzzard’s Roost on Whip’s Ledges.

In 1957, a reporter with the Cleveland Press interviewed longtime Park Ranger Walter Nawalaniec with Cleveland Metro Parks system about the return of the buzzards. Ranger Nawalaniec said that he personally observed the phenomenon for 15 years, and his predecessor told him that he witnessed it for 23 years beforehand. An article ran in the Cleveland Press during the winter that predicted that the buzzards would return to Buzzard Roost on March 15, 1957. To everyone’s amazement, nearly 9,000 people showed up on March 15 to see if this prediction was true. And, as predicted, a large flock of the birds returned at 2 p.m. that day.

The small town of Hinckley was overrun with visitors, but the Chamber of Commerce and some local farmers were able to set up a last-minute pancake and sausage luncheon for the visitors at Hinckley Elementary School. So was born the inaugural return of the buzzard celebration at Hinckley. Every year since then, March 15 has heralded the Buzzard Day celebration. Over the years, this program has attracted hundreds of thousands of people to Hinckley. The day begins at 6:30 a.m. with the traditional sausage and pancake breakfast at Hinckley Elementary school.

This event has grown to include live music, trail hikes, bus tours, a birds of prey interpretive program, and vendors selling buzzard hats, shirts and other items. Park Rangers with Metro parks act as spotters to conduct the official tally of returning buzzards. The official Buzzard Scoreboard keeps track of the incoming birds.

Besides welcoming the return of the buzzards, this event marks the coming of spring after a long, long winter.