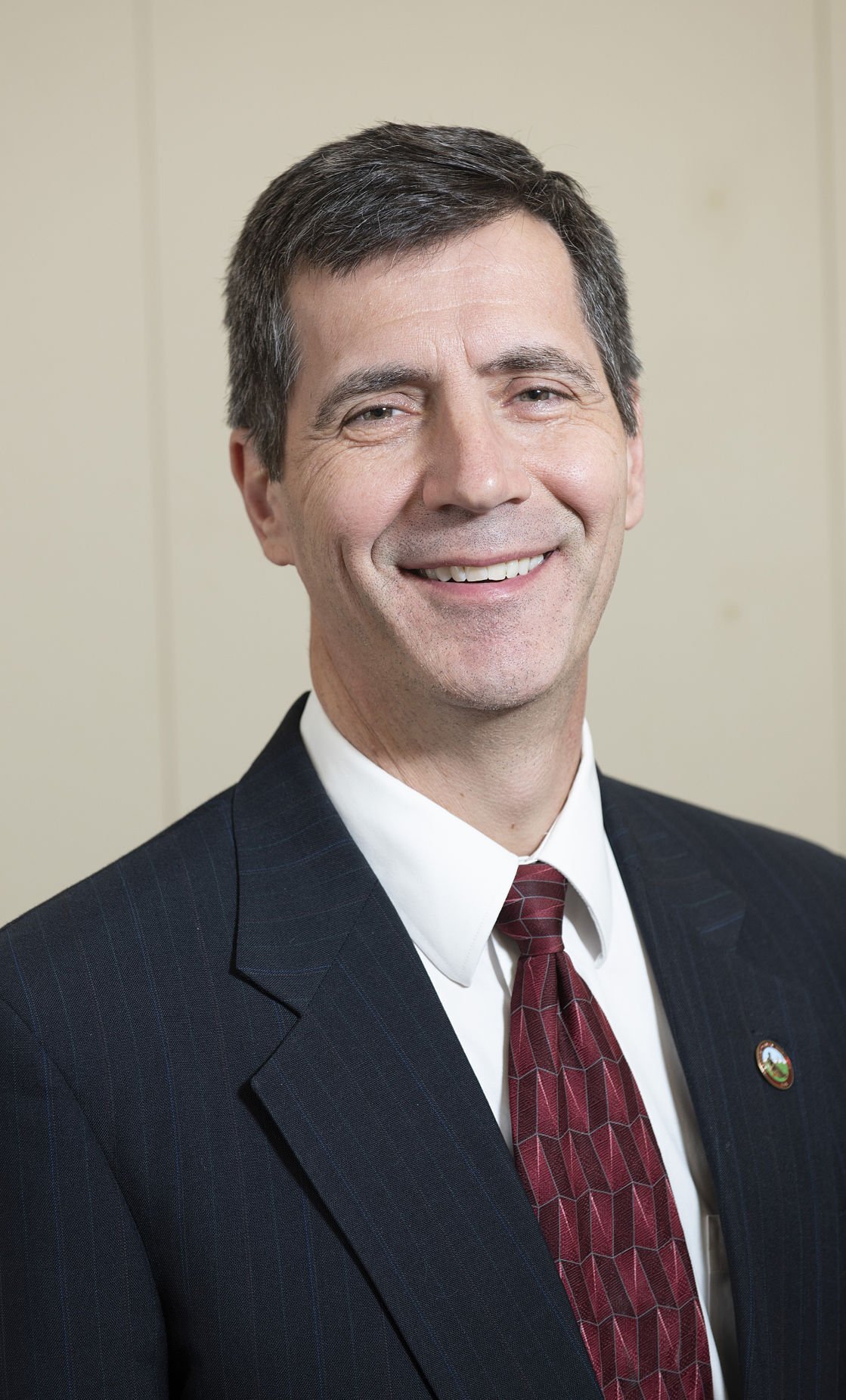 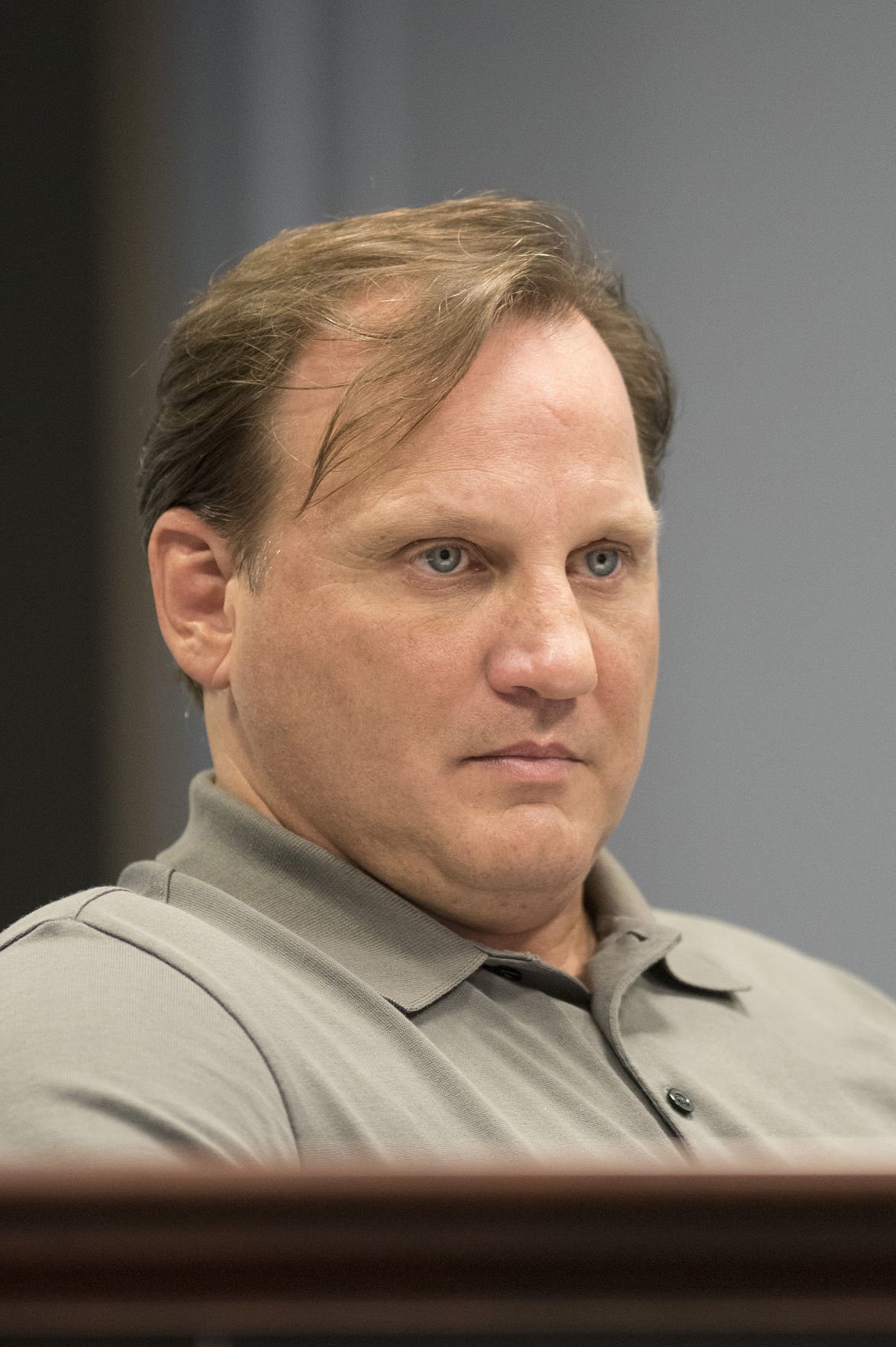 An amendment to a bill passed in May could limit how many retired military personnel and longtime residents receive a tax credit from the county.

County Councilman Jerry Donald (D-District 1) introduced an amendment to the county’s recently passed Elderly Individual and Retired Military Tax Credit that establishes an $80,000 combined income limit in order to receive the tax credit. The amendment also states the property tax credit is granted on the taxes resulting from only the first $300,000 of assessed value of the property.

Donald introduced the amendment to establish limits that are the same for other qualifying taxpayers throughout the county, he said.

The original bill, which was introduced by Councilman Billy Shreve (R-at large), did not establish any income limits for residents who receive the tax credit.

“Council member Shreve said let’s fix it later, so I want to do that,” Donald said Tuesday.

The council did not take action on the bill, but Councilman Tony Chmelik (R-District 2) did not express support for the $80,000 limit and wanted to increase it.

“Military personnel are well-trained and have unique skills,” Chmelik said. “They’re the kind of folks we want and want to stay. I see this as an incentive to stay here. ... I’m not saying one is better than the other. But we are looking to keep people of that caliber. What are we doing to keep them here?”

Chmelik added that many retired military personnel would be over the $80,000 threshold and the bill may become “almost useless.”

But the income limits were meant to serve as an equalizer, not an incentive program, Donald said.

“I wanted it to be equal for others,” Donald said.

The bill itself takes 20 percent off the property tax bill of qualified seniors and veterans for up to five years. To qualify for the tax credit, a person who is at least 65 years old and has to have lived in the same dwelling for at least the preceding 40 years, or a person who is at least 65 and is a retired member of the uniformed services of the United States, the military reserves, or the National Guard.

The credit will be available starting in tax years starting July 1, 2019.

The tax credit was expected to cost the county $1.7 million in reduced revenue each year under the original draft, according to an analysis from the county treasury director. But that number could be smaller due to the income limit, which could lead to fewer people receiving the tax credit.

A bill to establish a tax credit for public safety officers was pulled from the agenda Tuesday.

80k a year and republicans are endorsing they receive public welfare? [angry]

I don't think anyone making $80K a year should receive, or need, a property tax break.

You got that right gardenwhimsey.

This is what happens when politicians attempt to one-up each other using OPM.

* When they try to compete over which of them is the "toughest on crime" we end up paying to keep people incarcerated who either should never have gone to jail/prison to begin with, or should have received a much lighter sentence.

* When they get all puffed up about who loves our police/military/firefighters/retirees more, we end up paying for tax breaks/credits/deductions that really cannot be justified in any rational, logical manner.

Once that snowball starts rolling downhill it's hard to stop:

"My opponent would limit tax breaks for our brave service men and women to those who earn less than $80,000 per year! I say, we cannot put a price on freedom! If I am elected, I will fight to abolish all property and income taxes for all first responders, active and retired military members, and Boy Scout troop leaders -- regardless of wealth or income! God bless America!"

"An amendment to a bill passed in May could limit how many retired military personnel and longtime residents receive a tax credit from the county."

* Actually, as long as they earn less than $80,000 per year (a very generously high bar, some would say far too high) the amendment would only limit the maximum amount of the credit.

"County Councilman Jerry Donald (D-District 1) introduced an amendment to the county’s recently passed Elderly Individual and Retired Military Tax Credit that establishes an $80,000 combined income limit in order to receive the tax credit. The amendment also states the property tax credit is granted on the taxes resulting from only the first $300,000 of assessed value of the property.

Donald introduced the amendment to establish limits that are the same for other qualifying taxpayers throughout the county, he said."

* That seems reasonable and fair. There can be no justification for giving property tax credits to people who earn over $80,000 in retirement, and having no limit on the assessed value it applies to. That would lead to indefensible situations where millionaires are receiving tax breaks that lower income people must pay for.

"“Military personnel are well-trained and have unique skills,” Chmelik said. “They’re the kind of folks we want and want to stay. I see this as an incentive to stay here. ... I’m not saying one is better than the other. But we are looking to keep people of that caliber. What are we doing to keep them here?”

* FredCo is a great place to live. There is no need to bribe people to stay here. Also, there are many people who 'are well-trained and have unique skills' who do not have a military background. Don't we want to encourage them to live here as well?

"Chmelik added that many retired military personnel would be over the $80,000 threshold and the bill may become “almost useless.”

* This is a preposterous statement. I assume Chemelik is just pandering and posturing. Most people would consider $80,000 per year to be a very comfortable annual income -- especially for retirees who generally have lower expenses. We all appreciate the service of our military members, but if their income in retirement is $80,000, they do not need any government assistance.

Remember -- local, state, and federal gov't needs $X to operate. If one person/couple/business/corporation pays less, the rest of us pay more. There is no way around that inconvenient truth.

Tax credits/exemptions/deductions and TIFs are not without consequence. Is it fair for a person/couple earning over $80,000 in retirement to get a tax break when that means others, including those earning less than half that amount must pay more to make up the lost revenue?

Here's an idea -- instead of a patchwork quilt of tax breaks, credits, and deductions for various groups of people, how about we compensate them adequately and fairly for their service at the time of that service? That way, ALL service members (etc) will be treated the same, and the political grandstanding with OPM will be reduced.

If there are to be any tax breaks at all, they should be means tested. There is simply no moral or ethical justification for allowing people -- who are in better shape financially than most of their fellow citizens -- to pay less in taxes, forcing everyone else to pay more.

Tax breaks like this one are nothing more than a feel-good exercise. Politicians forcing the majority of taxpayers to pay more in order to appear like they "support our troops" or "care about the elderly". Of course we all do, but that's not the point. Taxes are primarily a financial issue. We all need to pay for gov't services, according to our ability to pay -- period. It should have nothing to do with our age; gender; race; current or previous employment; how many children we have, etc. All of that is irrelevant. What matters is income and property value.

Thanks to all who added information. I do appreciate it.

Typical election year pandering from Jerry Donald. Will be one of his last acts on the council as a member...November is coming. Guess he will have to hope his replacement votes to give him pay raises now!

So bitter and negative about everything. Too bad you can't see beyond your nose.

One more point: A person retired from the military is an obvious call. But how about government workers who are retired and included military service as part of their service? What do they get?

They get the satisfaction of knowing they got a good deal by paying a [relatively] small military deposit in exchange for being credited with an increased percentage of their high-3 for their retirement annuity.

Interesting, even if I knew it. My question was how does this program define a "military retiree?" I expect a narrow definition, but it could be more liberal to include us who served and also worked for the government. After last year's tax increase I am looking for local ways to break even.

I am confused. When the Frederick Count6y government passed its tax cut (County passes senior tax credit
By Kelsi Loos kloos@newspost.com May 15, 2018) there was no mention that one had to live in the same house for 40 years. Did the first article overlook it? Or is it something new? And uncalled for. I have already requested my tax break but I have lived in nearly ten different places over the last 40 years.

First time I heard of the 40 yr requirement.

The 40 years was mentioned here: https://www.fredericknewspost.com/news/politics_and_government/county-council-gives-final-approval-to-military-tax-credit-veterans/article_a2b7a9ee-0316-586d-90b6-c7d3af1a85b2.html