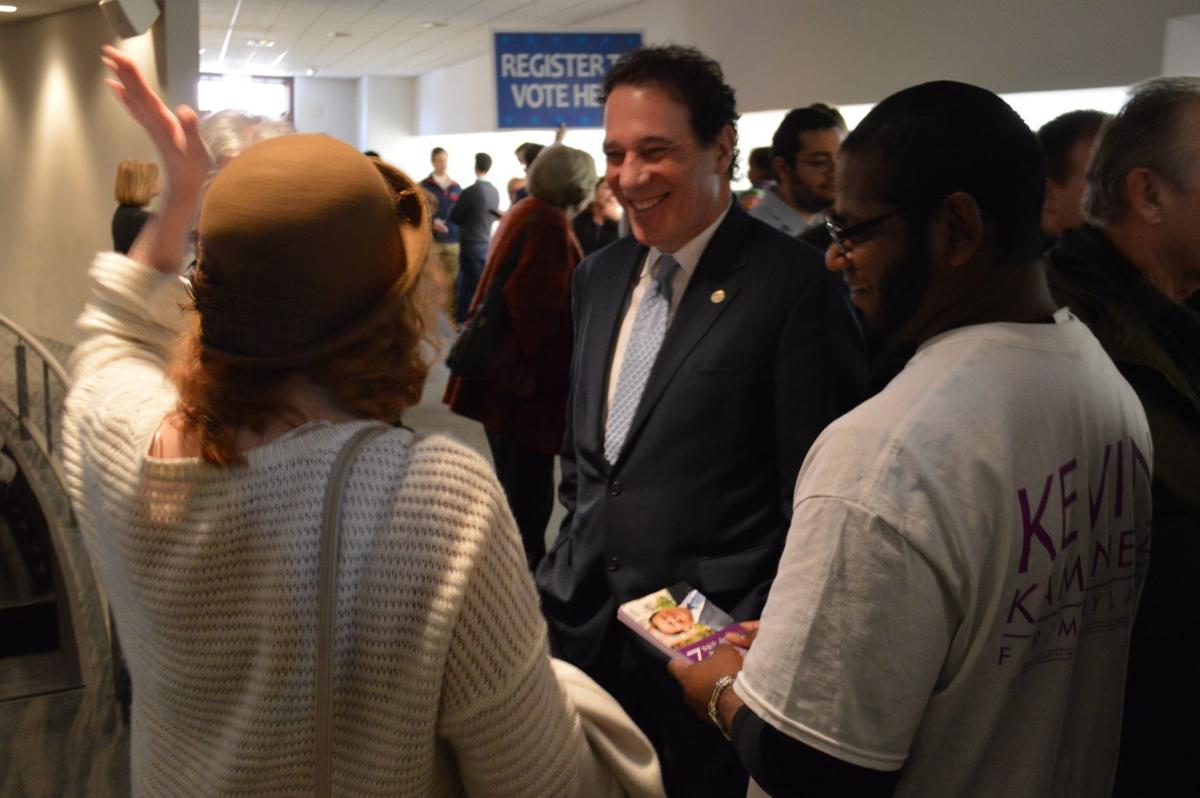 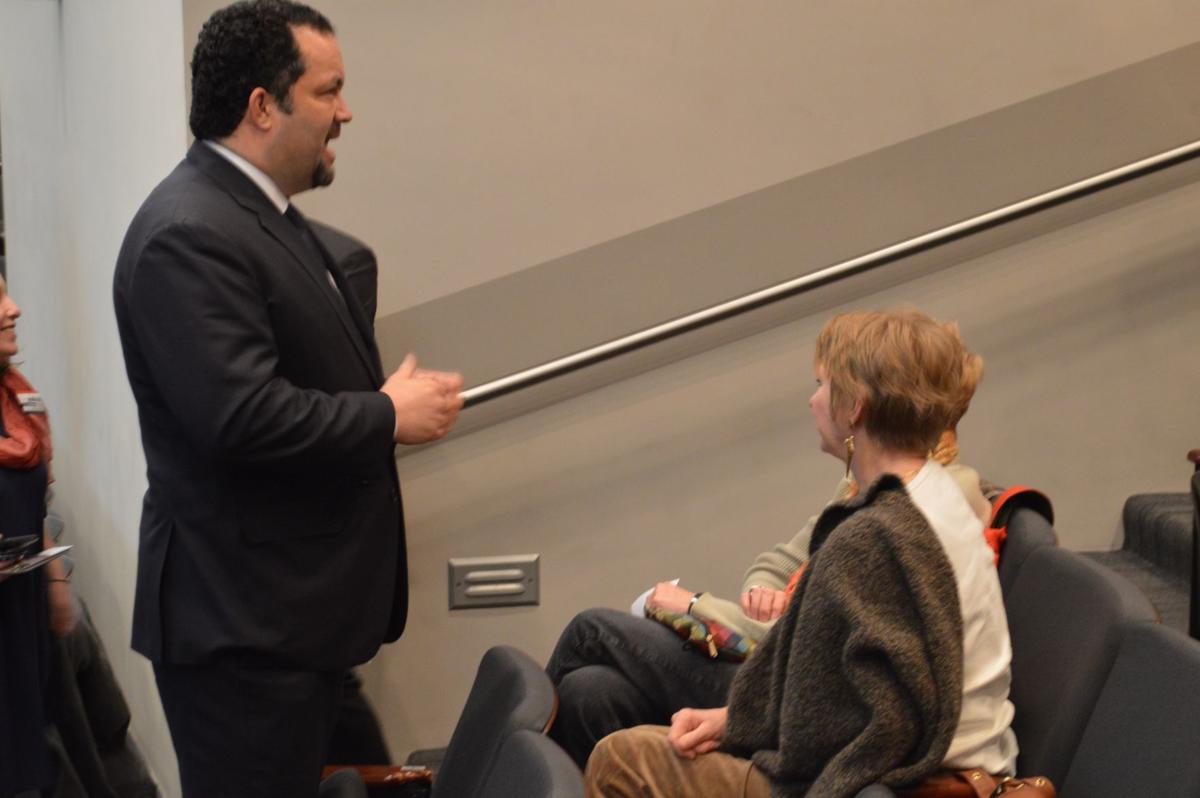 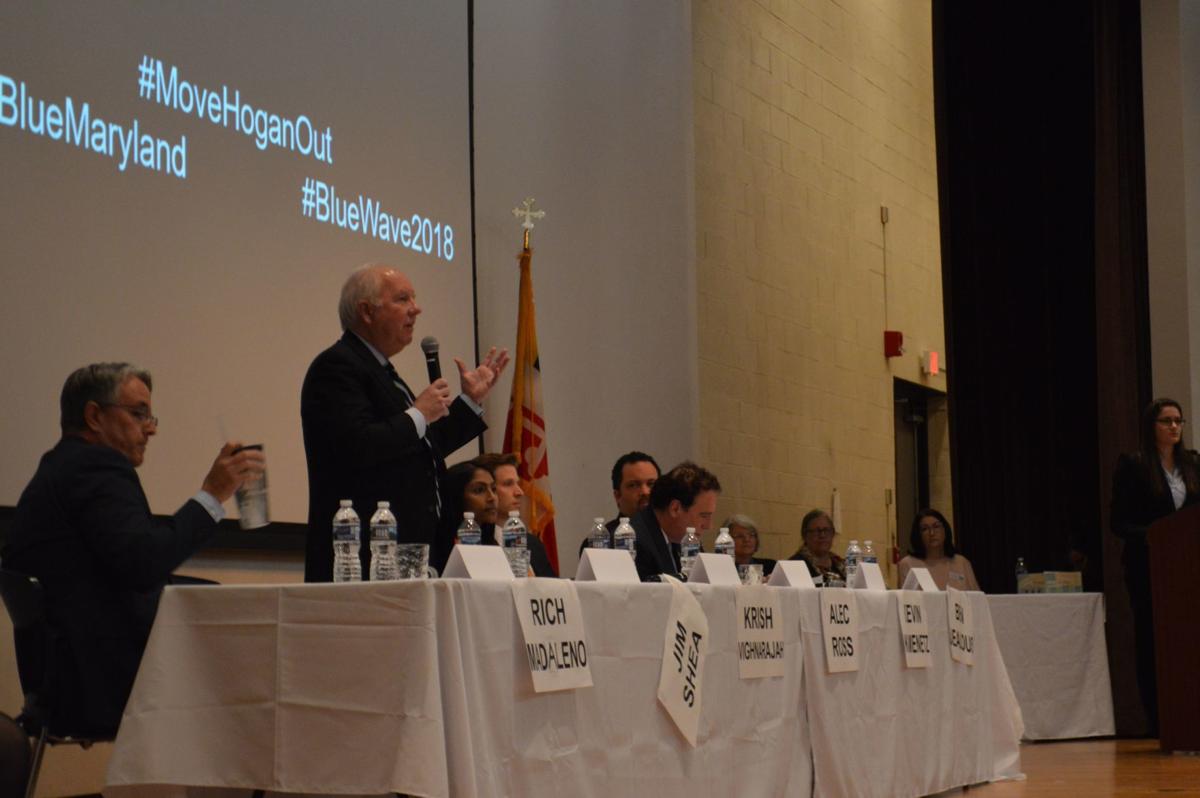 While each of the six Democratic gubernatorial candidates on the stage at Hood College on Sunday argued why he or she should be the one to do the job, they all had a common mission in mind: defeating Gov. Larry Hogan in November’s election.

The candidates took turns answering questions in rotating groups of three on topics including affordable housing and college education, infrastructure, health care, economic development, creating jobs that would keep young people in Maryland, and how to deal with the opioid crisis.

The state needs to be able to get people into treatment when they need it, not weeks later, and to become a leader in pain treatment without the use of opioids, said Ross, a former staff aide in Barack Obama’s White House.

Jealous, a venture capitalist and former president of the NAACP, said he would start an Office of Pain Management to make sure all doctors are properly trained, offer rehabilitation treatment on demand, and provide crisis response teams in all areas of the state.

Shea, the former chairman of the law firm Venable LLP, called for more and better-equipped community health centers to help deal with the problem, and for supplying all first responders with Narcan.

Kamenetz, the Baltimore County executive, supported focusing on job skill training and improving education, including providing universal pre-kindergarten for all 3- and 4-year-olds.

On infrastructure, Madaleno, a state senator from Montgomery County, said he would invest in expanding MARC service to Frederick, and throw out plans to add toll lanes to Interstate 270. Instead, he said he’d work with Montgomery and Frederick counties to find a solution that works for both areas.

But while the questions focused on policy, the underlying theme was how to energize Maryland’s Democratic Party after a disappointing turnout in 2014’s gubernatorial election.

Democrats lose the governorship only when they don’t come out to vote, Kamenetz said.

When they lost the gubernatorial election in 2014, 296,000 Democrats didn’t show up, Vignarajah said.

But she, Madaleno and Ross all pointed to the Frederick city election, in which voters elected Democrats for mayor and all five aldermanic seats, as a success in turning out the vote.

“You helped change the narrative,” Madaleno told the audience.

When Democrats unite, they win, and when they don’t, they lose, Ross said.

The only question posed to all six candidates was how they would mobilize their supporters to support the nominee if they lost in the primary.

Jealous said that regardless of the primary’s outcome, all the candidates on the stage are “absolutely committed to beating Larry Hogan.”

“We need that energy and we need that unity, and I know we’re going to bring it,” he said.

Vignarajah and Ross again focused on the numerical advantage that Maryland Democrats have over Republicans.

It will be up to the losers of the primary to have the dignity and humility to stand behind the winner, Ross said.

“If we can unify, it is almost mathematically impossible for us to lose,” he said.

After the forum, Grace Borell, of Frederick, said she thought Jealous, Vignarajah and Ross stood out at the event. She still wants to do some research on the candidates’ various websites, but said she’d be comfortable if any of the six got the nomination.

“We have excellent candidates,” she said.

Another Frederick resident, Mike Smith, was also pleased with the field of candidates. Vignarajah, the daughter of Sri Lankan refugees, and Kamenetz, who emphasized his record as a county executive, impressed him the most.

“One for inspiration and the other for being able to get it done,” he said.

Like Borell, he wanted to look further into the candidates before making a final decision.

“It breaks my heart a little bit that they can’t all run,” he said.

Fun facts: Our charter schools ARE public schools ... and they cost less per kid than traditional schools.

YES , lets get back to the good old days of O'Malley; tax and waste...in fact 73 TAX and FEE INCREASES during his time as gov....and the $150 Million failed obama care website the contract for which was no-bid given to a friend of martin and overseen by Lt gov brown who doesn't have a clue and couldn't even find the project manager on opening day when it failed ...she of course was on vacation in the Caribbean...; and Martin despite all the tax and fee increases left Gov Hogan and the taxpayers with an almost Billion dollar deficit to boot, on the other hand we currently are blessed with a common sense Gov. who has done the right thing for the citizens of MD at every turn even while he battled thru cancer ... only a fool or masochist would want to vote him out of office

More of the same. Expand government programs at taxpayers expense and beat Hogan.