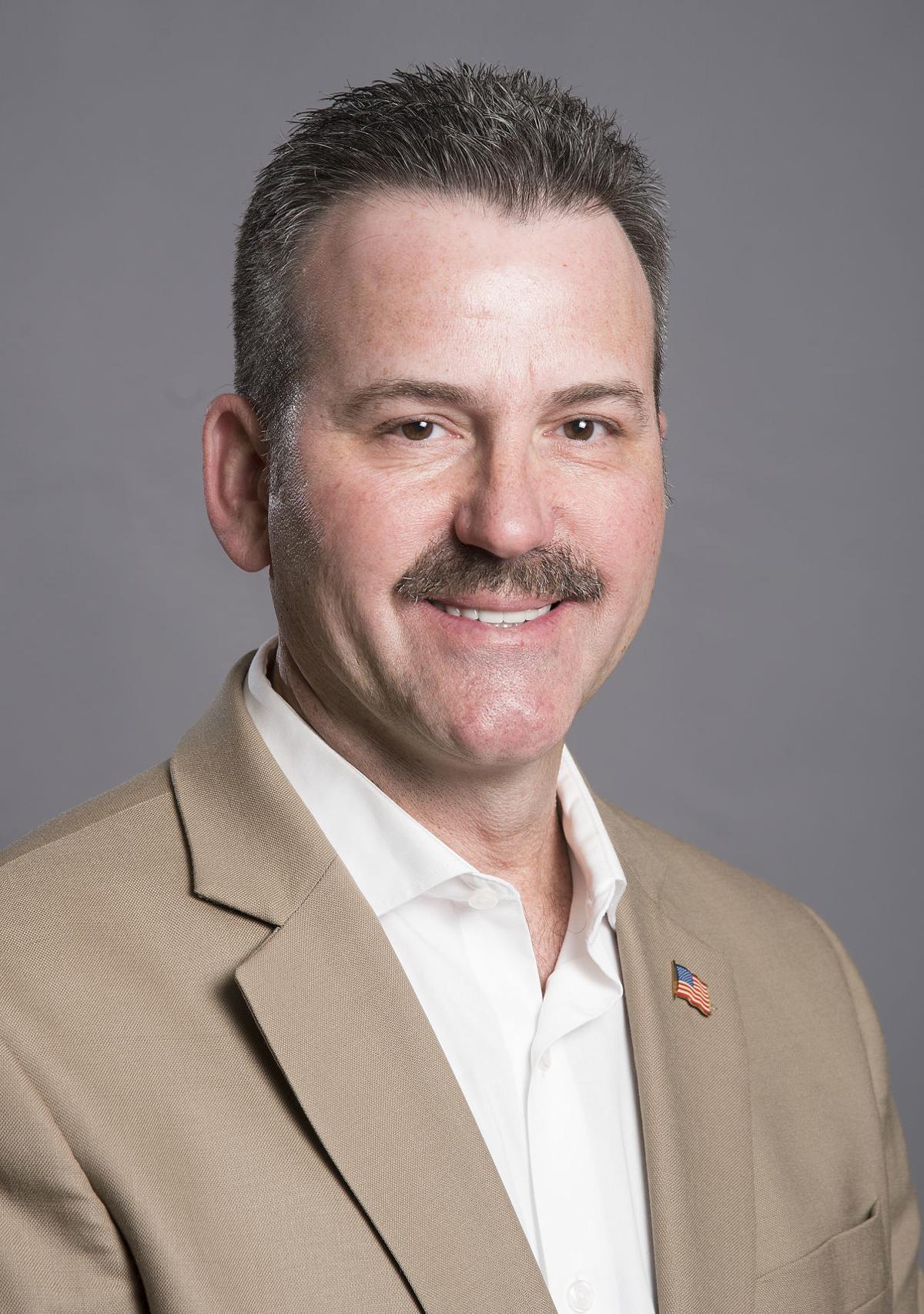 The proposed hotel and conference center in downtown Frederick, a public-private partnership, is projected to bring more than 275 jobs and generate $25.8 million in annual spending. Although a private developer would be responsible for the hotel itself, the city and county would take the lead in providing a public parking deck and any infrastructure the hotel will need.

Frederick County Council District 4 candidates Jessica Fitzwater (D) and Jimmy Trout (R) both say the hotel is needed and explained what steps the county needs to take to move the project along.

“If a hotel and conference center is needed, then someone is going to step up to the plate and build it,” Trout said.

Plamondon Hospitality Partners LLC wants to develop the 20,000-square-foot hotel, slated for 200-212 E. Patrick St., and Trout believes that to take on the multimillion-dollar project, the firm has done the proper research to see if there is an actual need for a hotel and conference center in the area.

Fitzwater, the incumbent, believes the hotel is a “great project” for the city and county and that downtown needs such a business.

“It’s obviously a need,” she said. “It’s not something we currently have. The city keeps growing, not just in the number of businesses that are being attracted to the city but also tourists, and I just think it’s a great opportunity to continue that boom that we’re in right now.

“It’s also great for the east side of the city, it has the potential to really connect Carroll Creek and Shab Row and East Street into the Patrick and Market Street corridor.”

Throughout all the discussion, officials have looked for state grants to help with infrastructure needs for the hotel and have gotten some funding, but not as much as expected.

Fitzwater said public-private partnerships are “very complicated and have so many moving parts” but that it’s not uncommon for things to change throughout the process as it evolves. If re-elected, she would advocate seeking more grant money for the county and city’s role in the project.

She believes the county’s role is “fairly minor,” she said there will be more opportunities to apply for state funding for the project.

“I would work with the county executive and the county partners to advocate for more state funding,” she said. “Whenever any agreements or contracts that need to come before the County Council, I’ll make sure that I do my research and talk to my constituents and get as much feedback as possible before voting on anything that the county will need to do to be involved.”

If elected, Trout said he would not fight for more state funding, explaining that if funds are needed to upgrade infrastructure needs then he would “go to bat for them,” but he is not in favor of getting subsidies for the project.

He explained that what has been shown to him is the number of jobs and tax revenue the hotel will generate will pay for itself “pretty quickly.”

Over the course of the project, opponents of the hotel have said that not enough information has been released to the public, but both candidates disagree and said that whenever they asked for information, they received it.

“In my opinion, once you have the facts of the project, it’s hard not to support it,” Fitzwater said.

Trout said he doesn’t believe anyone involved has anything to hide.

If elected, he said he would push to get “everybody at the table” to plan the next steps and to make sure everyone is on the same page.

District 4 includes about half of the city of Frederick and sections east of it. County Council members serve four-year terms and make $22,500 per year. Early voting for the election begins Oct. 25, and Election Day is Nov. 6.

public just got back from a function. LOL on the post. I thought you had a proven story to tell on her[smile]

public! your 5 something post are you referring to coca leaves or wet snow?[lol]

The wet stuff. KellyAlzan alerted everyone — before anyone else! she was first — that the hotel would result in more snow downtown.

FNP is going to beat us to death with this until they manage to get a high price for their property that no one else is willing to give them.

Downtown breweries and bars want this Hotel especially. The hotel will do a booming business after getting the reputation of a place to have multiple places to get trashed in. To what degree of outsiders will it be? fun loving people or hostility type, DRUG dealers, ladies of the night, that alone, will require more Law Enforcement in place.

More jobs, more taxes and the taxes will not be paid by the hotel.

I suspect we may have to wait and see.

Don't forget the increased litter and the additional snow. KellyAlzan was the very first one to warn us that a hotel downtown would lead to more litter and more snow.

and a bed bug infestation on Patrick Street

Nobody expected the bed bugs, save Kelly.

this project is simply another way to get at taxpayer dollars to enrich two families and apparently few elected officials have the courage to call it what it is...even one of the Plamondon was quoted in this paper some months ago saying the project was not a necessity.....millions of taxpayer dollars to support what isn't needed while our children are taught in trailer parks and I-270 has become a parking lot just to name a few more worthy infra-structure needs...these folks just love spending others money

Very seldom do I agree with you, jersey but I do on this comment.

I like how politician say the hotel is needed. But they don’t say anything about simply finding a self funded developer.

If it were so profitable for the hotel owner they wouldn't need a public partnership.

Because they don't get campaign funds from someone using their own money.

Randy Cohen paid for the intersection where the new hotel on Christopher Xing. He has not as for one taxpayer penny, even for the planned conference center is his going to build at the Clarion at the FSK Mall

All sixty two million dollars? I am impressed.

This is the same woman that wants to hold landlords accountable for knowingly renting to drug dealers. The burden of proof lays with the accuser. Now, explain to me how one could ever prove to a judge that anyone “knowingly” rented. I’ll wait for the answers

The planned new hotel is a waste of tax dollars. There is plenty of hotel/motel rooms already in the Frederick area.

Rumor is, N. Frederick is getting a second hotel at/near Byte Drive, and not a whisper about city county or state reps chasing funding for it. This may even be within city limits.

Both of them have lost my vote for D4. I contacted both of them 9 months ago to get their views on spending tax payers money on this hotel, which I’m opposed to doing. It can be built just not with taxpayers money. Jessica said she would get back to me. Jimmy never answered me at all. Didn’t hear from either one about it til now reading this article. Jimmy is against it, but he has already shown he can’t answer constituents. Since we all live in D4, I might write in Blaine Young.

Would you know how much the Monocracy Boulevard and Route 15 intersection cost were the new Spring Hill Suites are approved to be built? How was that intersection paid for and who does it benefit?

Good point. Over sixty million dollars were spent on that intersection and it gives a big boost to the hotel on Byte Drive. I like the new way to get over Highway 15 and think it will help drivers. But if we cans pend that much on north Frederick, why grumble for some money on downtown? If the project did not need some help, we would already have a hotel. And location is important. If someone has to drive to the edge of town, they might as well drive home.

Thanks for more complete information than mine. Routes to downtown are direct from N. Frederick. There are other reasons for that hotel, such as, so MANY more people who may have visitors. Amazing as it seems, people have visited us who did not go downtown. Really. They wanted to go to DC and did, on their own. They rode along once when I mailed a letter, which I might have done on 7th St but chose the other then drove around some. Guess what, they didn't beg to get out. "Has to drive" is in the eye of the beholder. We were the destination, so accomodations were chosen accordingly. It happens.

Gary, if you want to support the hotel, write them a check. If it was financially viable, the Plamondons would not be waiting for the publically-funded honeypot! No public funding on private ventures!

My model was of a person who had a meal at Volt (or another restaurant) or was at a "tasting room" and got out when it was late and might be interested in a close hotel. I f they have to get heir car, then drive to the edge of town, they might as well drive to Rockville or home closer to the District than pay for a hotel on 270. I have no idea about where to stay when visiting a home.

God, we aren't that desperate!

What a fool she is