Sign Up
Log In
Purchase a Subscription
You are the owner of this article.
Edit Article Add New Article
You have permission to edit this article.
Edit
Home
News
Opinion
Sports
Topics
Calendar
Classifieds
Special features
Contests
Become a carrier
1 of 8 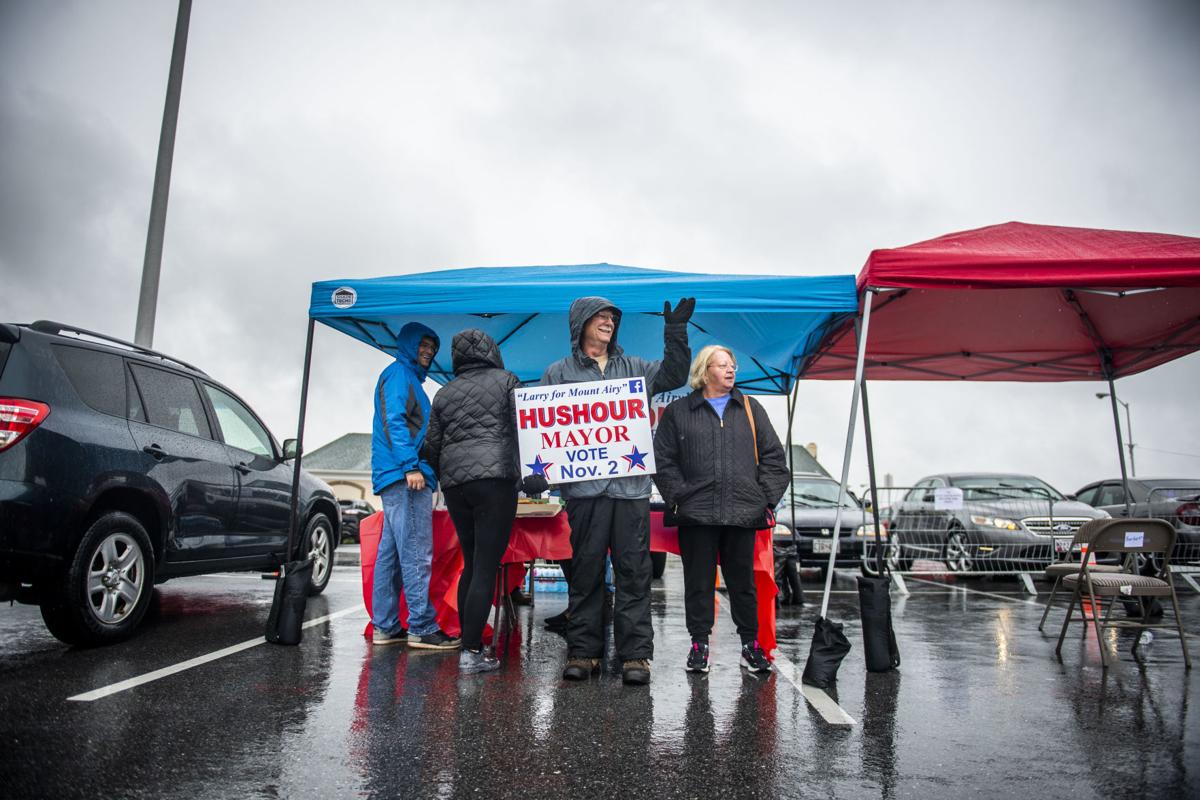 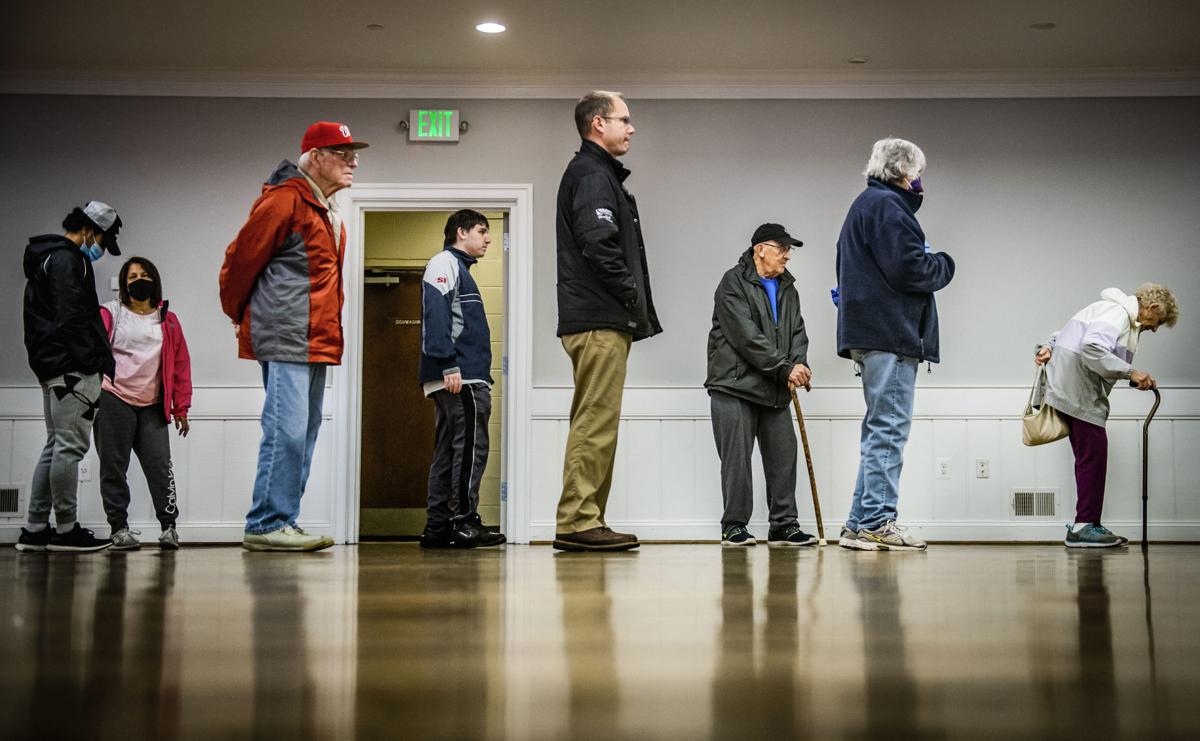 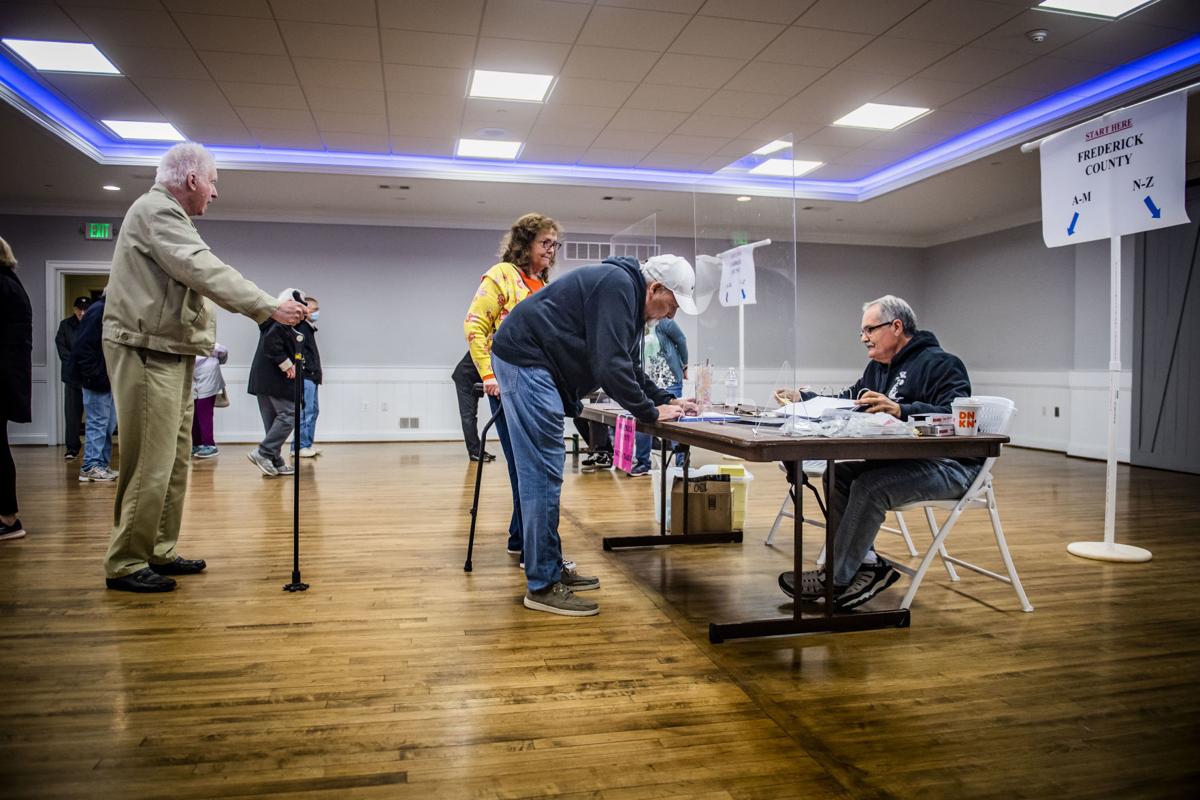 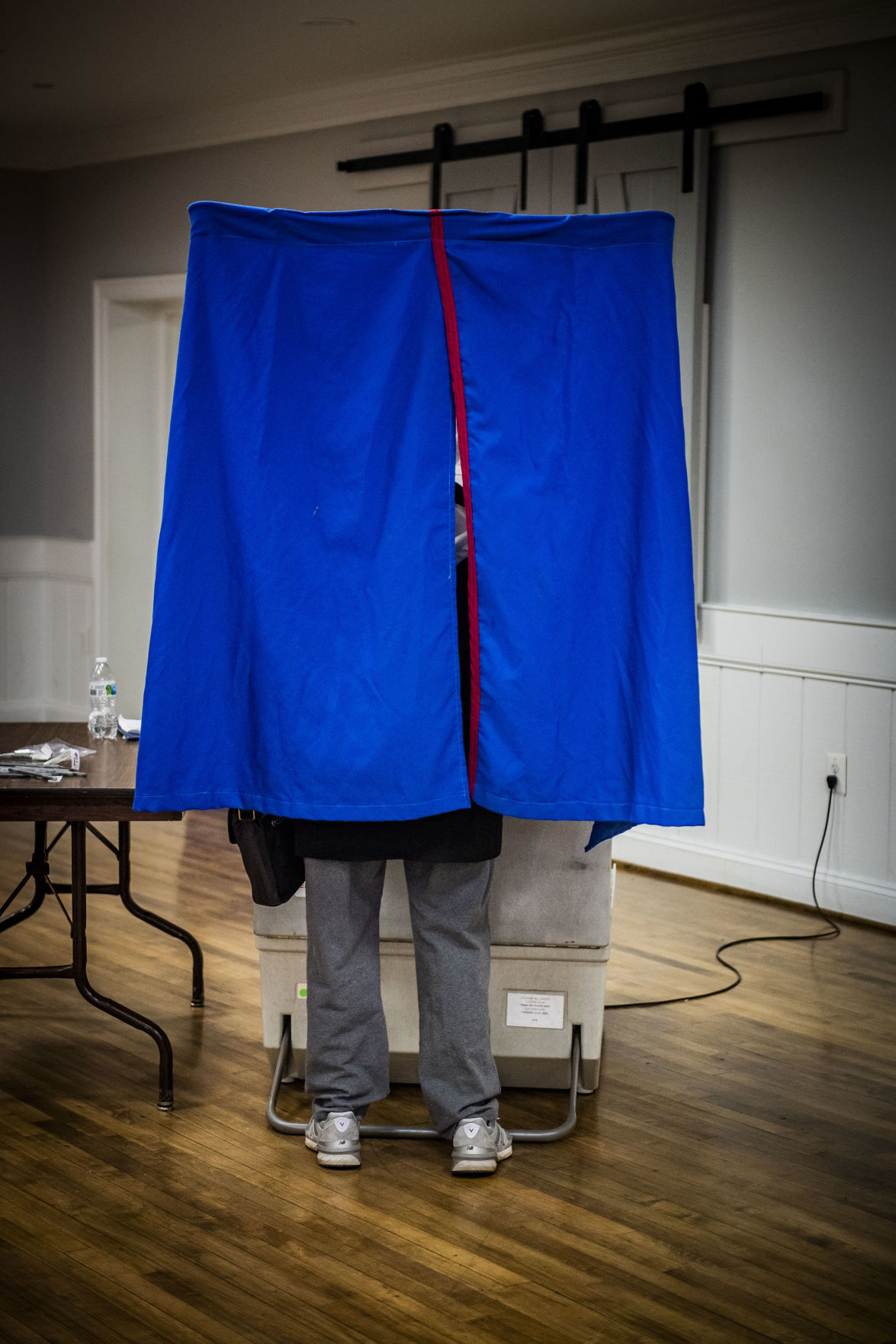 A voter casts their ballot at the Mount Airy Fire Company Reception Hall on Tuesday, Nov. 2, 2021. Residents from Carroll County and Frederick County gathered at the polling station to vote on Election Day in Mount Airy's special mayoral election. 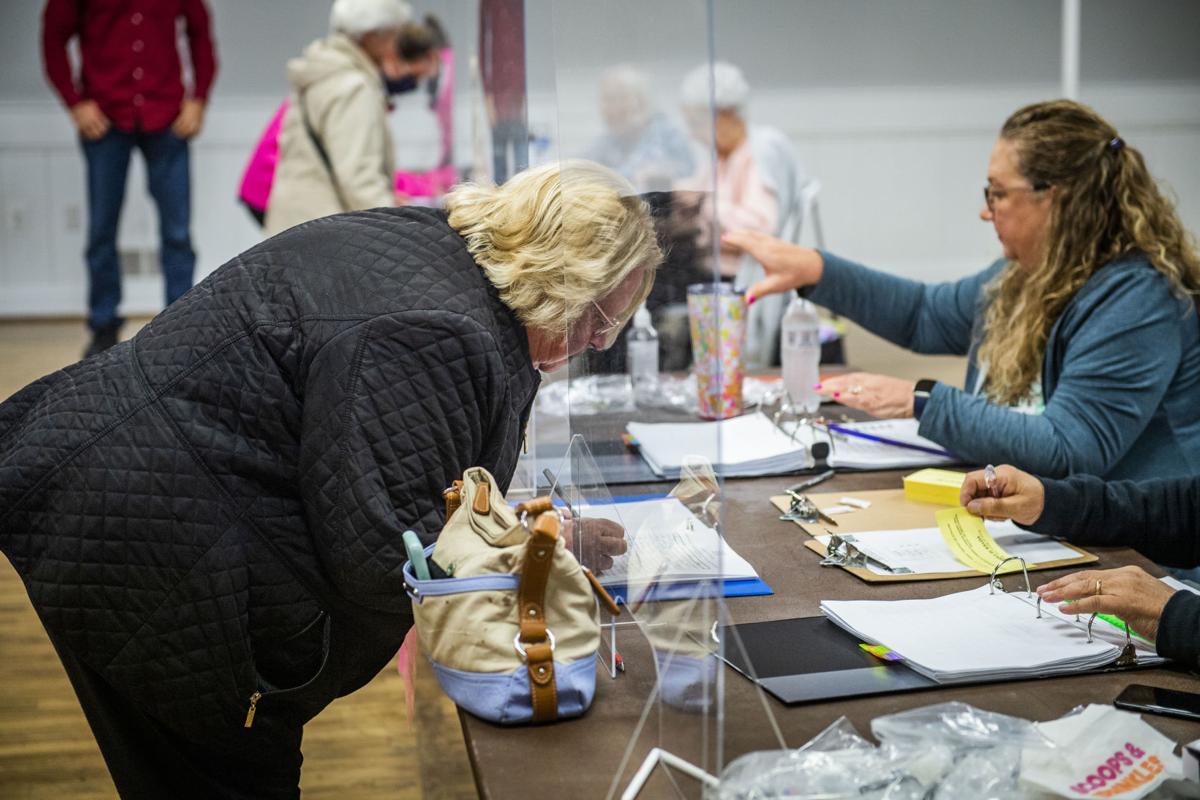 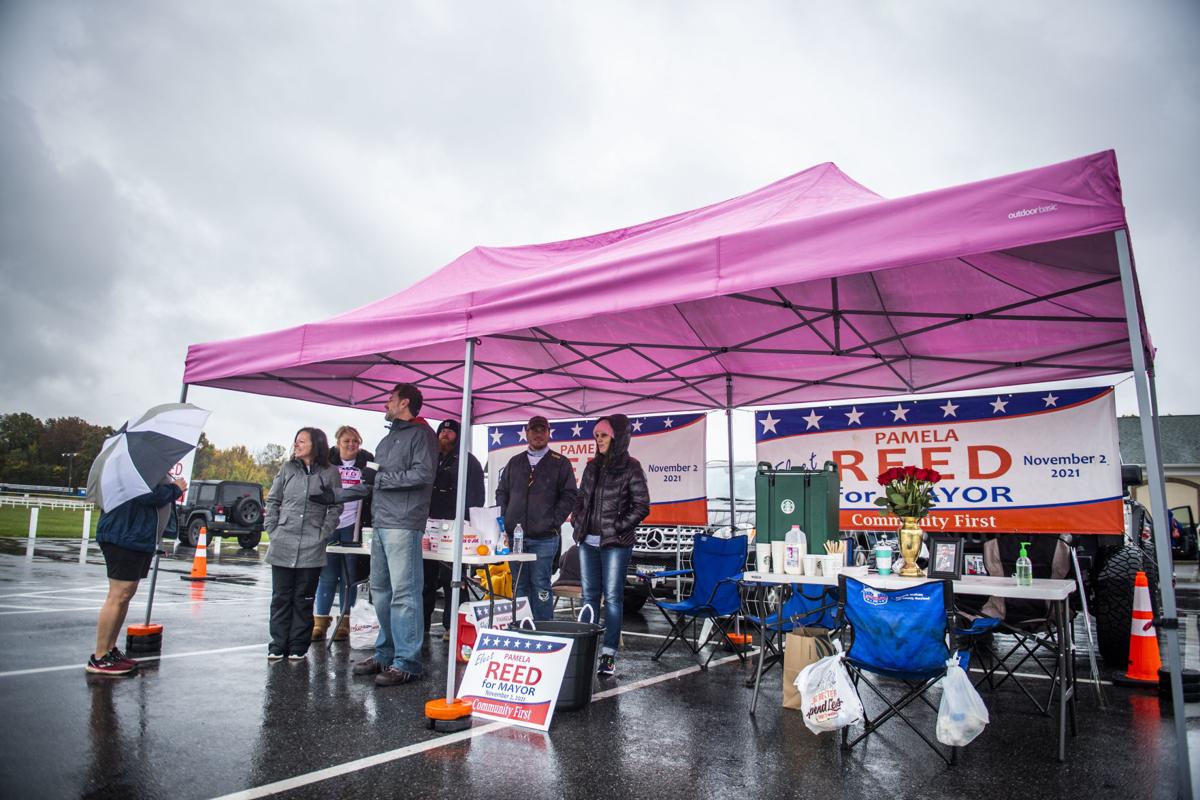 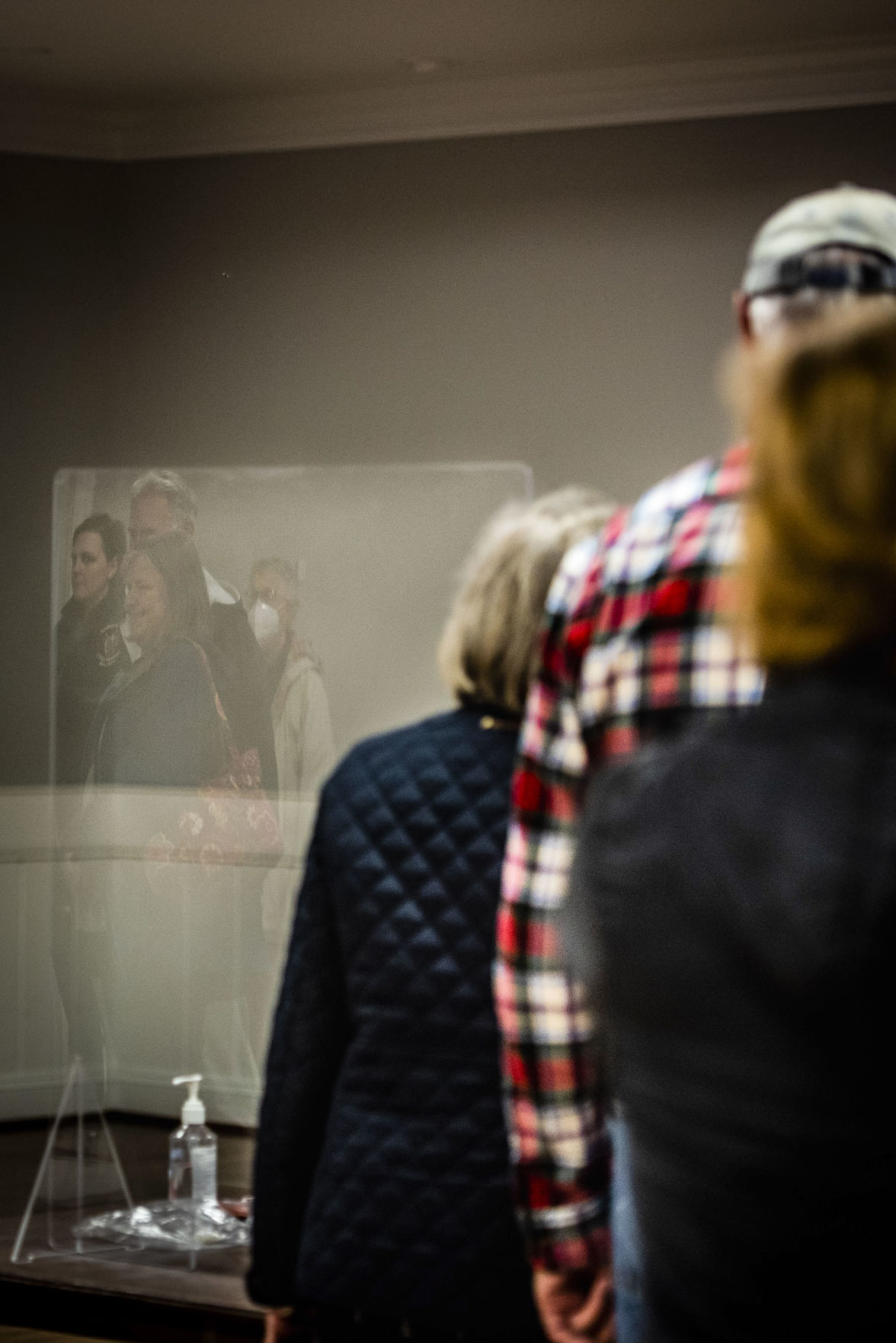 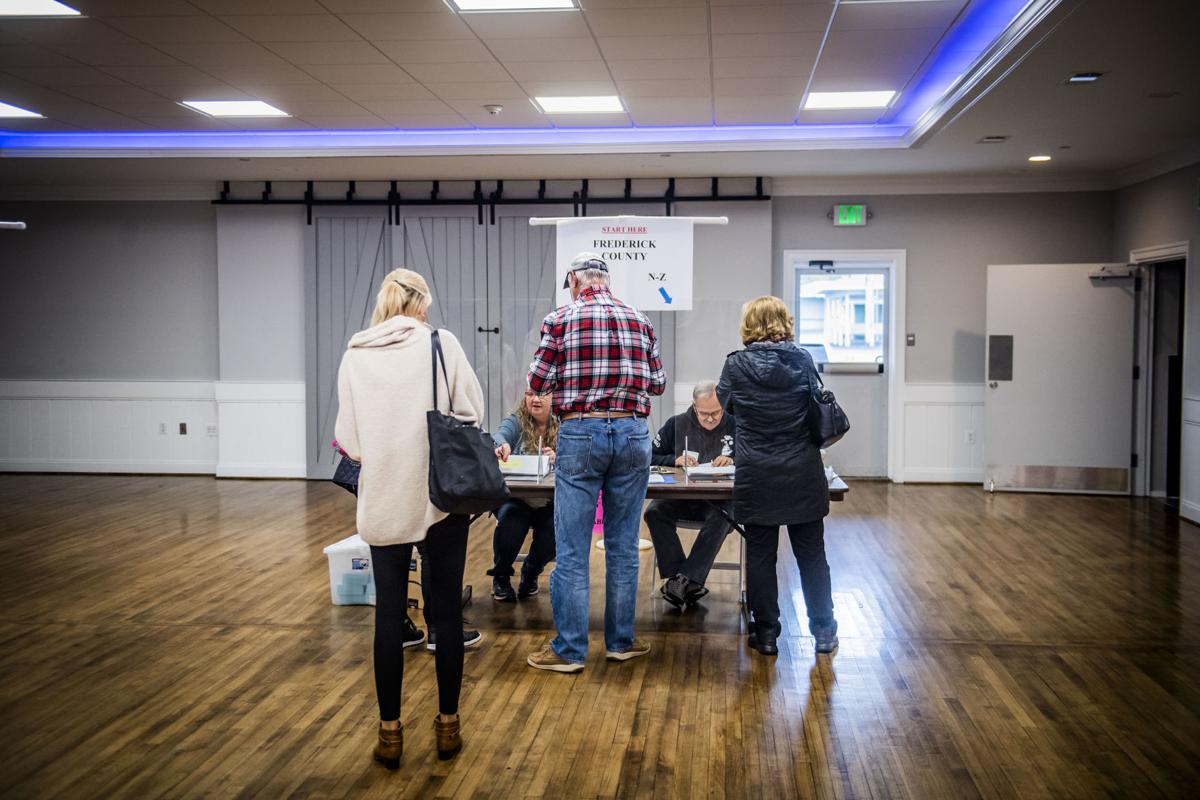 A voter casts their ballot at the Mount Airy Fire Company Reception Hall on Tuesday, Nov. 2, 2021. Residents from Carroll County and Frederick County gathered at the polling station to vote on Election Day in Mount Airy's special mayoral election.

Though the town had yet to finish processing the 116 absentee ballots cast in the special election Tuesday evening, Bruce Walz — chair of the town’s board of supervisors of elections — declared Hushour the winner in a press conference at 9:30 p.m. Since 1,160 people cast a ballot in-person on Tuesday for Hushour compared to 548 who voted for current town Councilwoman Pamela Reed, Walz said the remaining ballots would not influence the results of the election.

The town called the special election after Rockinberg died in August at the age of 58 due to complications of cancer. Three months earlier, 1,621 voters had turned out to elect him to serve his fourth term in the position. He beat out Hushour for the office by just four votes.

Though rain fell in a steady drizzle throughout Tuesday afternoon and the temperature hovered below 50 degrees, the Mount Airy Volunteer Fire Company Reception Hall was bustling with activity at around 2 p.m. People hustled in and out of the doors, the hoods of raincoats pulled over their heads. Inside the main auditorium, volunteers manned two check-in tables: one for the 4,311 registered voters who live on the Carroll County side of town and one for the 2,703 registered voters on the Frederick County side.

At the time, Walz said he wasn’t too surprised by the day’s high turnout, especially considering how close May’s election had been.

“That’s what we want,” he said. He sat beside Dick Swanson, a fellow board member, each counting a stack of blue and yellow voter authentication cards. “We want people to exercise their civic duty.”

Cheryl Tomlinson, a Mount Airy resident of 23 years, braved the chilly weather to cast a ballot on Tuesday for Hushour, her long-time friend and neighbor. Their children used to play together when they were little. Then, when they grew up and moved out, she and her husband remained friends with Hushour and his wife.

Hushour is as honest as they come, Tomlinson said earnestly. Her son and husband would be coming by the fire company’s recreation hall to cast their ballots later that afternoon, she said.

“LOL, I know!” she said her husband had responded.

Meanwhile, after a good bit of research, thinking and praying, Russell Pavlicek had voted for Reed. He’d been impressed by the number of ways she’d served the community. Before being elected to the town council in 2019, Reed had volunteered on multiple town committees and was president of the Mount Airy Main Street Association.

Top of his mind Tuesday as he cast his ballot was his desire for the town’s character to stay intact. He’s lived in Mount Airy in 35 years and has watched sprawl overtake communities surrounding the town, he said. He wants his community to remain a place where people come to raise their families and live “decent and relatively safe” lives.

In the parking lot outside the recreation building, Reed and Hushour waved at arriving voters from beneath two tents. Smiling from under the hood of his raincoat, Hushour said he’d been stationed outside the polls since about 6:30 that morning. He had only sat down for about 10 minutes all day and was starting to feel it in his back and legs, he remarked with a chuckle.

At around 12 p.m., his future son-in-law and daughter — who had nominated him for the office — joined him under the tent. Patty Washabaugh, who served on the council with Hushour from 2018 until she decided not to run for re-election earlier this year, also kept her former colleague company after casting a ballot for him. She spoke highly of his skills as a leader, which she observed when he was council president, and said his knowledge of the issues facing the town would be helpful moving forward.

A few feet away, Reed stood by a large bucket of candy with some friends and colleagues. Sierra Rockinberg, the daughter of the late mayor who nominated Reed for office, also joined them.

The previous night had been a late one for Reed, as she set up her tent and prepared for the next day’s election, and it had been followed by an early morning; she had been in the parking lot since before 7 a.m.

“People say, ‘What are you going to do after you’re done today?’” she said, smiling. “Sleep.”

This story has been updated to correct the number of people who voted in-person on Tuesday. It was 1,710 people, not 1,170.

In November 2018, as Lynne Galletti sat in the audience of Linganore High School’s fall play with her cell phone turned off, a tornado hurled …