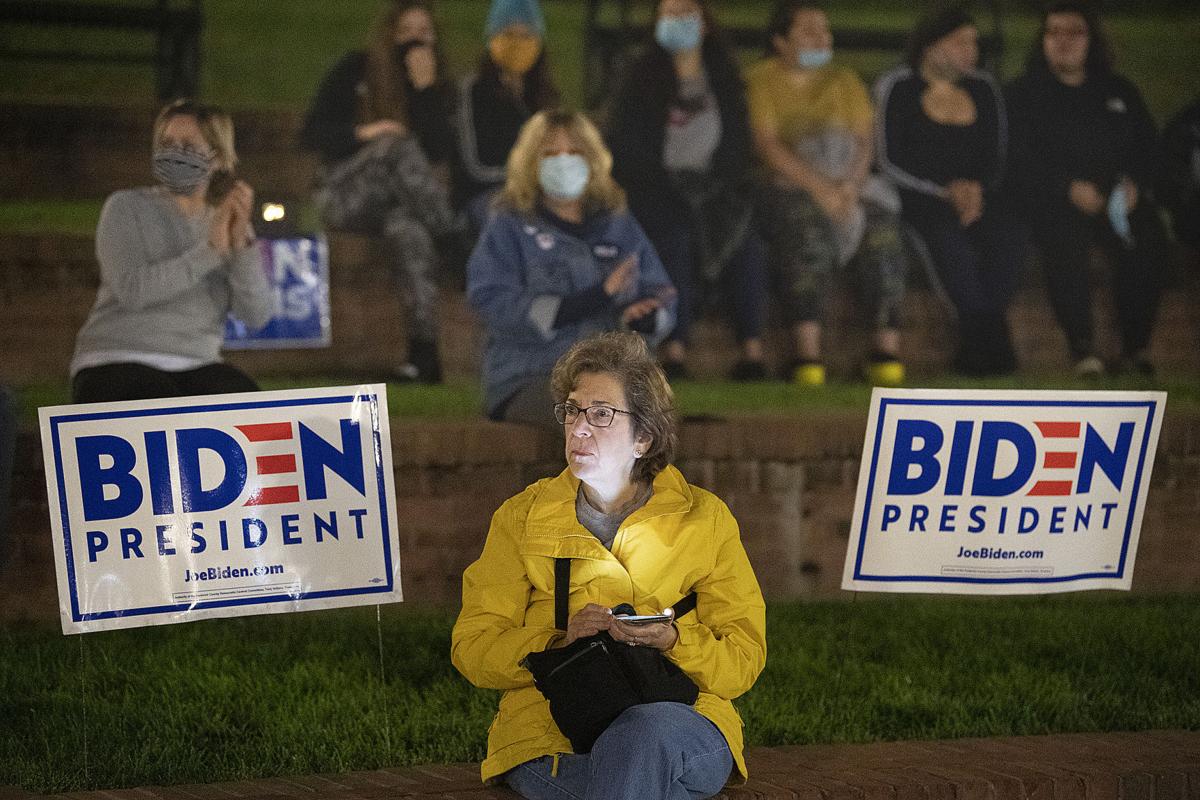 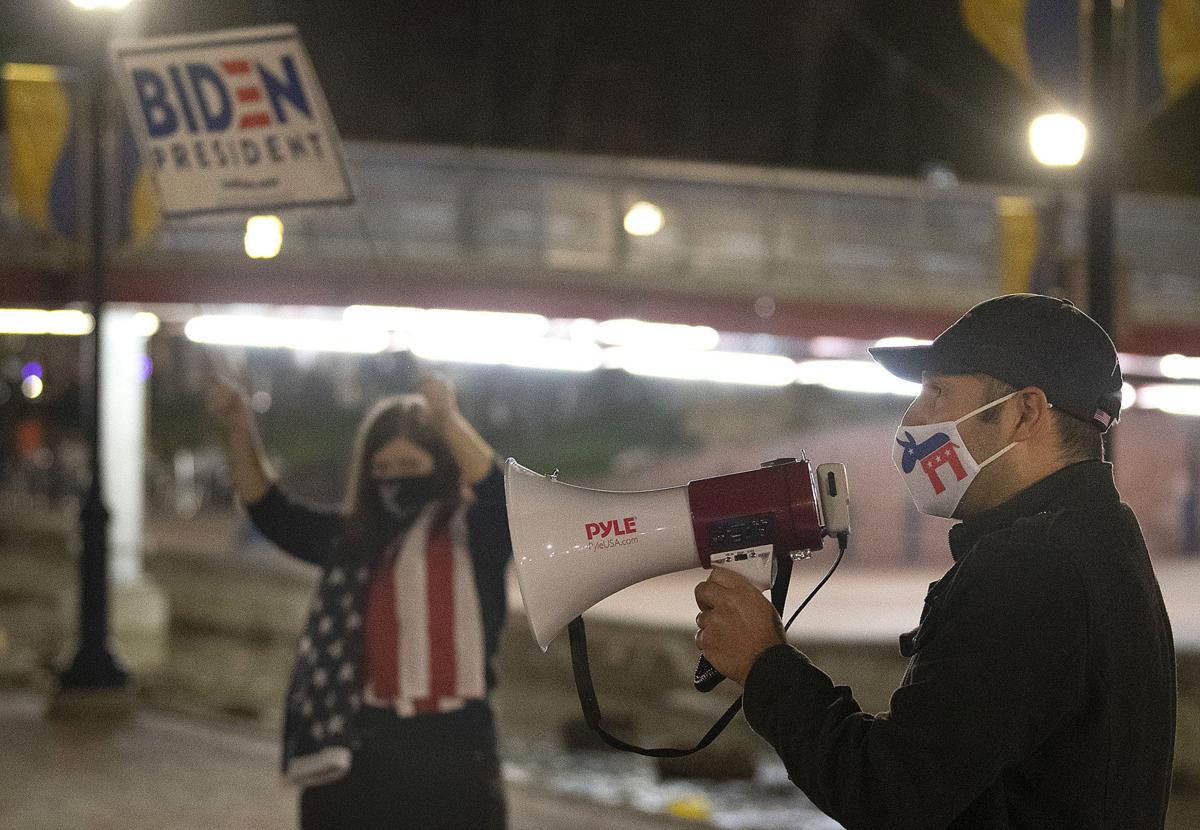 Following a week of watching the news and hoping for their desired outcome, some Frederick County residents took to Carroll Creek Linear Park on Saturday night to celebrate the victory of President-elect Joe Biden.

Gathering at the park just hours after most major news outlets projected that Biden had won Pennsylvania, giving him the necessary 270 electoral votes, a few dozen people took part in an event to celebrate the news.

But that event also served as an opportunity for many activists to talk about the work that still needs to be done.

“We need to ... have the day to celebrate,” said Kristen Lundy, an organizer of Frederick United, a racial justice group. “However, we need to remember that immediately we need to start making sure we’re holding these people accountable and doing what we got to do to push for a change.”

About 40 people showed up, although others joined a car caravan around downtown Frederick to show their support for the nation’s next president. Passersby also cheered and clapped with the Biden supporters.

A few people took turns speaking through a megaphone, congratulating everybody on a win for the Democrats. Several speakers mentioned Georgia — a traditionally red state that appears to have gone for Biden and where run-off races for the U.S. Senate will be held in January — and called for party support there.

Ginger Belmonte spoke about how she ran for Brunswick Town Council this summer. While she lost, she urged the gatherers to run for local office if they feel they are not represented or seen.

He urged everybody to keep fighting for what they believe in, and to watch out for the city of Frederick’s elections next year and more contests in 2022.

So while Trump might have been defeated,” Cramer said. “We still got to make sure that we stop Trump-ism, because I don’t think that’s going away yet.”{p dir=”ltr”}By and large, the attendees were feeling relieved that President Donald Trump’s time in office is nearing its end.

“I never want to hear his name again. He went playing golf today. Two hundred thirty thousand people are dead, almost 10 million people infected, and that’s the best he can do,” said Eileen Ward. “I’ve lost a business ... and it didn’t have to be this way.”

Cramer, too, spoke on being happy to see Trump go.

“We’ve seen everything that President Trump has done ... the unconscionable caging of children, separating them from their families,” he said. “How that alone didn’t just end this I will never understand.”

Although a few apparent Trump supporters people yelled at the gatherers, their spirit was not swayed.

“This system is supposed to work for all of us,” Briana Walker said. “And we today have heard that we have taken the first step to making sure and ensuring that this system works for all of us.”

“We should challenge students in these schools. We have this notion that somehow if you’re poor, you cannot do it. Poor kids are just as bright and just as talented as white kids.”- Joe Biden

“I’ve had a great relationship. In Delaware, the largest growth in population is Indian-Americans moving from India. You cannot go to a 7-Eleven or a Dunkin’ Donuts unless you have a slight Indian accent. I’m not joking,” - Joe Biden

“You got the first mainstream African American who is articulate and bright and clean and a nice-looking guy. I mean, that’s a storybook, man.”- Joe Biden.

“Articulate” ? Mgoose806 - You should articulate what you mean. Rather then hide behind your boorish comments. Trump brought your racist views to the forefront of Americas society, and he lost. You now standing naked. Your comments articulated who you are. Fortunately the election has proven we ( Americans) are better than your perceptions and bigotry.

We went through 8 years of misery before Trump. What’s 4 more, right?

Speak for yourself. The Obama years were great for MOST people.

"Although a few apparent Trump supporters people yelled at the gatherers..." aw c'mon. Let people be happy. Joe will be your President too.