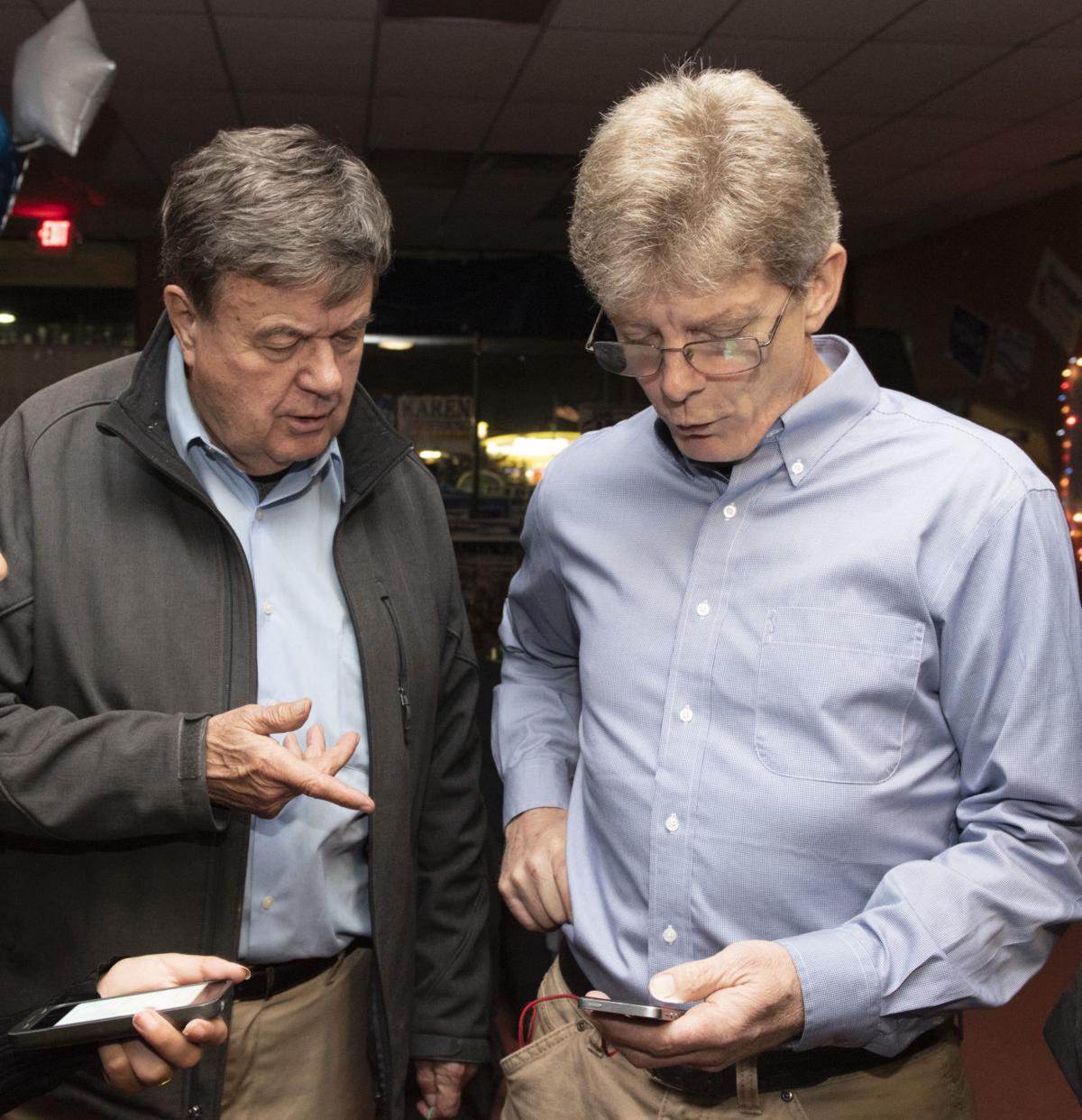 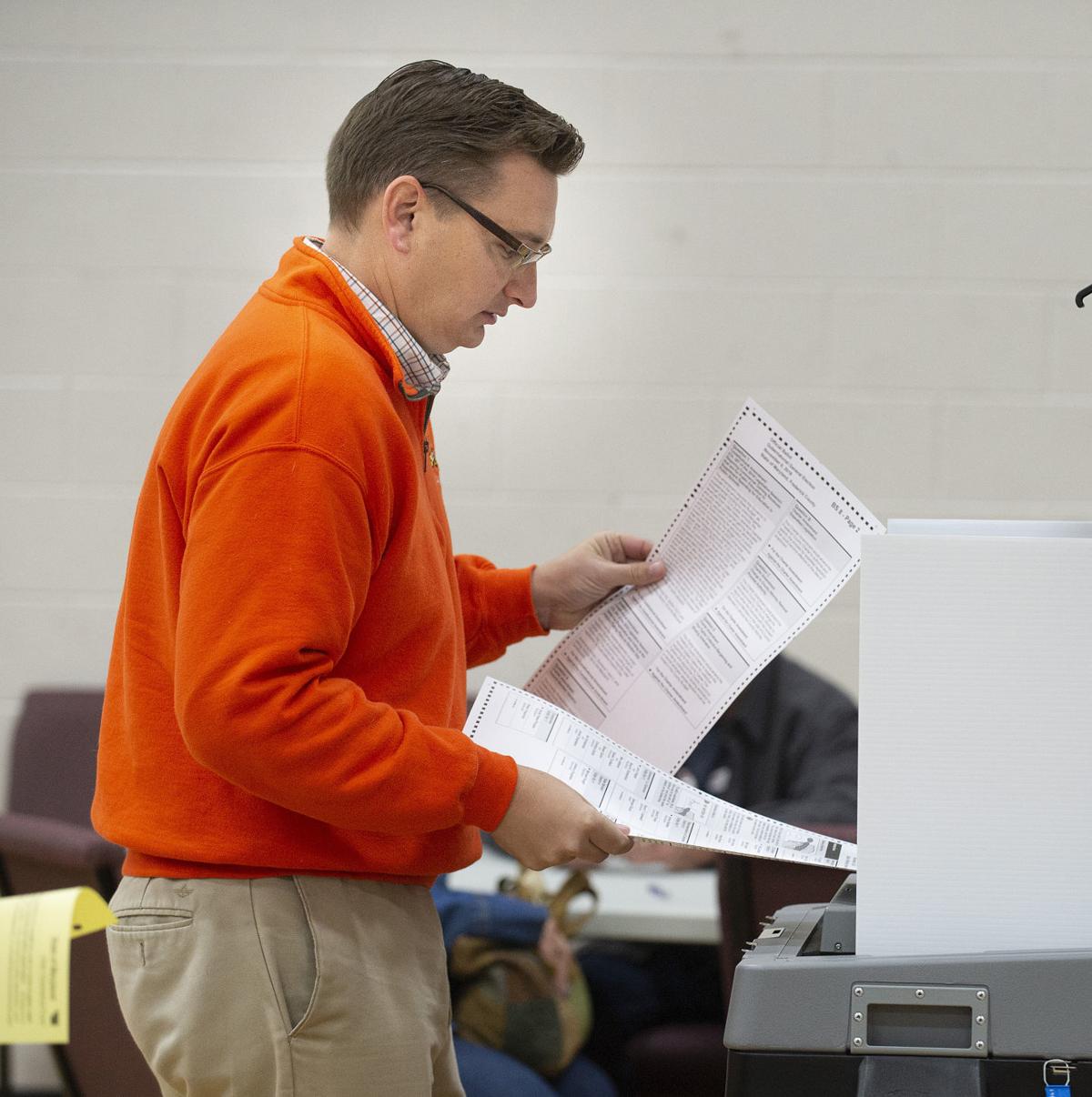 Incumbent Sen. Ron Young (D-District 3) hung onto his seat and was elected for a third term on Tuesday.

The District 3 seat was considered one of the most closely contested in the state and a target of the state Republican Party’s “Drive for Five.” The GOP, which held 14 of the 47 seats in the Senate previously, sought to add five more Republican senators, so it could break the Democratic supermajority. They weren’t able to flip the Frederick County seat on Election Day.

On Tuesday night, while awaiting official local results at the Frederick County Democratic Party headquarters, Young said he had seen some results “informally” from a few precincts and was pretty confident in his chances of winning the race, despite some not-so-favorable numbers from a county precinct.

“There were some in Frederick (city), one in Jefferson. I always get clobbered there,” he said.

High turnout in early voting and absentees, however, gave him confidence, he said.

On Tuesday, he had 57 percent of the vote with 41 of 50 precincts reporting.

All election results are unofficial until absentee ballots and provisional ballots are counted. As of Tuesday evening, 6,854 absentee ballots had been issued to Frederick County voters, and 3,592 of them had been returned, according to the state Board of Elections website. Canvasses of provisional ballots will begin at 10 a.m. on Nov. 14 and Nov. 16.

Young has a storied past in politics, which began in 1970 when he was elected to the Frederick Board of Aldermen. After serving for one term, he was elected mayor in 1974 and served for 16 years. He then took a break from the political limelight for several years before running for Senate District 3 representing his hometown in 2010. He won that race and was re-elected in 2014 to a second consecutive term.

His opponent, Craig Giangrande, 53, owns several local Burger King franchises and was a first-time candidate. He earned the support of Gov. Larry Hogan (R) in June for their shared small-business ties and vision to cut taxes and create jobs in Maryland.

Hogan made history Tuesday as the first Republican governor to win a second term in Maryland since 1954.

Michael Hough (R) bested the Democratic “wave” in District 4 and will serve a second four-year term in the state Senate.

“The wind was in our face for sure with Democrat turnout,” Hough said on Tuesday at the Republican victory party at the Clarion Inn in Frederick.

Hough, 39, is a resident of Brunswick and works as a chief of staff for a member of Congress. He was first elected to the House of Delegates in 2010 and went onto win a seat in the state Senate in 2014. He ran his re-election campaign on his policy achievements and bipartisan record, he said.

Hough bested his opponent and first-time candidate Jessica Douglass (D). On Tuesday, he won 60 percent of the vote with 36 of 38 precincts reporting.

Douglass is a mother and former Montgomery County schools teacher. She ran a campaign focused highly on education, with a goal to increase teacher salaries and support staff.

The senators will serve a four-year term and earn a base salary of $50,330.

The proposed downtown Frederick hotel and conference center has been years in the making, and historically, local senators and delegates have …

Giangrande would have brought a breath of fresh air and enthusiasm to the job. Such a disappointment...

Unfortunate for the citizens that Giangrande lost, he is a good person and would have represented us well

Palsy must be a live at home child such as Dick. Whoops!!!!!! better check out of your bedroom in making sure Mom and Dad is not coming down the hallway to check on you youngster. They feel laying around the house instead of looking for a job is unacceptable and so do I. Quick hide your laptop / phone because they may give you a time out[wink]

What a pathetic pair. Is this the best the democrats have to offer the people??????

its all about the MONEY

The irony of trying to call someone a "moron" and misspelling it (while also misspelling "woman"). Morals were thrown out the door by the republicans two years ago.

People like to play. Is one not most people’s secrets. Yet nearly all are totally into it. How do you know she and he don’t have an open marriage?

Ron, Karen, and Brad Young won bigly yuge. The Young haters have been dismissed as impotent cranks. They never can provide any reason for hating except throwing out unspecified innuendos "they are corrupt"

I was feeling young was going to win. Very sad. Young is a dirty politician.

To bad Craig was`t a Demo. The winning Senator has to much history as Craig not being a Demo with bad, being the main focus.

It's called, you figure it out, if you can. Also, gibberish.