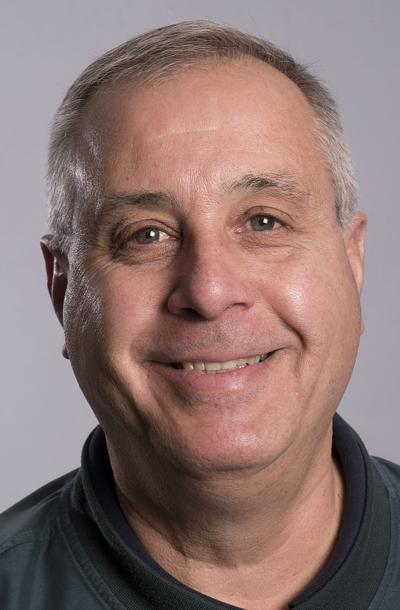 Michael Blue lives a stone’s throw from the Frederick city limits, while 20 miles separate him from the sprawling farms of Emmitsburg.

But to Blue, 58, distance makes no difference in his ability to protect what he sees as countywide values in safety, security and general quality of life. It is those common interests that Blue, a longtime resident and owner of Brownie’s Auto Repair in Walkersville, seeks to represent in his bid for Frederick County Council District 5.

“I think most citizens in Frederick County want the same things ... not to sit in gridlock, to have good public safety and a place to raise their children,” Blue said. “That’s the same whether you live in Thurmont or Urbana.”

It’s also not a matter of political affiliation. A Republican and self-described proponent of small government, Blue emphasized his willingness to listen and work with others of different political parties and perspectives.

He criticized the current council for letting partisan disagreements cloud discussions of what should be apolitical subjects.

“There needs to be more emphasis placed on what our common goals are ... what is best for Frederick County,” Blue said. “Quality of life is not a Republican or Democrat issue.”

Infrastructure, public safety and property rights top the list of Blue’s priorities, examples of what he described as quality-of-life issues.

Blue faulted the long-term agreements with developers approved under the previous Board of County Commissioners for being overly favorable to developers at the expense of county infrastructure and schools. He also cited U.S. 15 as a safety hazard, and expressed support for the recently approved county transportation priorities, which put widening U.S. 15 from four to six lanes between Interstate 70 and Md. 76 (Motters Station Road) at the top of the list.

He cautioned against ineffective spending on the part of local government, whether on roads or public safety. Though Blue acknowledged the need to expand the county’s emergency services as its population increases, he questioned whether the new fire and rescue stations cropping up across the county were a good use of resources.

Blue pointed to the Frederick County Sheriff’s Office under the leadership of Sheriff Chuck Jenkins as an example of more efficient expansion and services. Blue serves as president of the sheriff’s office’s citizens advisory committee.

He praised the sheriff’s partnership with federal immigration enforcement through its 287(g) program for minimizing gang-related violence and bringing in revenue for the county. He added, however, that he struggled to reconcile his Christian ideals of helping those in need with certain components of enforcement of immigration law.

Blue also expressed support for other social programs, including services for the homeless and those struggling with drug addiction.

The 2018 primary election is on June 26, and the general election follows on Nov. 6.

Michael Blue would be a pleasant change to the County Council....He's a Good Man and Great Candidate!!!!!! Bill Z (Hedgesville, WV)

I can't help but think of Reagan: "The most terrifying words in the English language are: I'm religious and I'm here to help."

"He also cited U.S. 15 as a safety hazard and expressed support for the recently approved county transportation priorities, which put widening U.S. 15 from four to six lanes between Interstate 70 and Md. 76 (Motters Station Road) at the top of the list." I think the proposed increase in lanes on Rte 15 only extends to Motter Avenue in Frederick but I wholeheartedly agree that improvements to Rte 15 are much needed from Federick to the PA line. John A. Kinnaird

If he supports Jenkins he’s a Trump supporter who is currently under criminal investigation for by his conservative republican attorney general.

Excerpt: "...he questioned whether the new fire and rescue stations cropping up across the county were a good use of resources."

I think the most recent new fire station (Westview, on New Design Rd) was constructed in 2006 and opened in 2007. A few existing fire stations have remodeled or rebuilt (Rocky Ridge, New Market, and Middletown is in the planning stages, I believe). But it's not as though there are brand new ones popping up every year.

Apparently he's not quite up to date.[thumbdown]