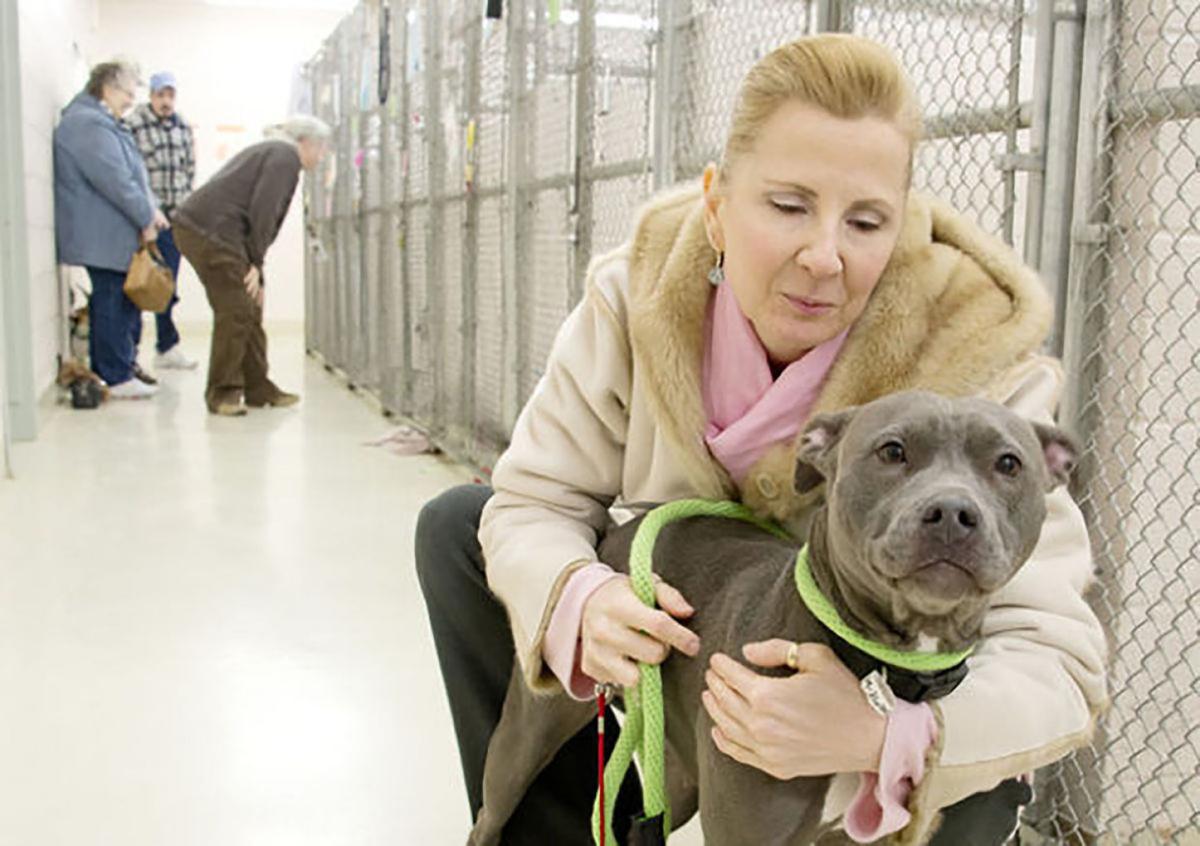 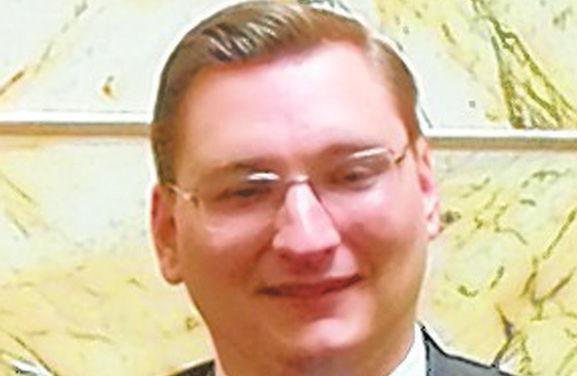 ANNAPOLIS — Forget an expensive suit or a flashy watch — on Thursday, advocates in Annapolis were wearing fur.

They were also sniffing the ground and trailing leashes.

The two advocates in question, beagles named Dover and Scout, visited State Circle to promote legislation sponsored by their owner, state Sen. Michael Hough. The bill would provide tax credits of up to $100 for each dog or cat adopted from an animal shelter or rescue facility.

Hough and Delegate Glen Glass, who is supporting the bill on the House side, say the credits would defray some of the costs of bringing a new pet into the home and draw more attention to animal adoption.

“I think it just spreads the word that ‘Hey, there’s this tax credit that will be available. Why don’t you go to the shelter and take a look and get a dog or cat for your family?’” said Hough, R-District 4.

Both of Hough’s beagles are adopted, he said. He got Scout from Frederick County’s animal shelter about 12 years ago as a gift for his wife on their first anniversary. They adopted Dover a few days ago from a Carroll County shelter, said Hough’s wife, JoeyLynn Hough.

The credit that Hough is suggesting would be good only for the year of the adoption, although Glass said he’d like to see the benefit expanded so pet owners could claim it year after year.

The ultimate goal is to reduce the number of dogs and cats that are euthanized, Hough said. Each year, about 38,400 dogs and 57,600 cats enter animal shelters around the state, according to an informal survey by the Professional Animal Workers of Maryland. The survey also found that 10,700 dogs and 34,900 cats are euthanized on an annual basis.

Chloe Waterman, a representative of the American Society for the Prevention of Cruelty to Animals, pointed out that only 29 percent of dogs and cats are adopted from shelters and rescues.

Using the tax credit, “we can really incentivize a lot more people to adopt animals, we’ll have to euthanize less animals in shelters and we’ll ultimately save taxpayer money on animal control services,” said Waterman, senior manager of state legislative strategy for the ASPCA.

Last year, polling data suggested that the public was also behind the tax credit proposal. A Goucher poll from March 2014 showed that 65 percent of respondents expressed support for $100 tax breaks for pet adoptions. Only 28 percent indicated they would oppose the measure.

However, in a challenging fiscal climate, the proposal is likely in for an uphill battle. The state would forgo a “significant amount” of revenue each year if the legislation passes, according to a state analysis.

On Thursday, the chairman of the Senate Budget and Taxation Committee said there are a number of tax credit proposals competing for his panel’s approval this year.

While Sen. Edward Kasemeyer, D-Baltimore and Howard, said the fate of Hough’s bill “hasn’t been decided,” he added that “this is probably something that is low in the priorities.”

The bill has also hit roadblocks in past years. This is the fourth legislative session running that Glass, R-Harford, has sponsored the bill, and it has died in committee each time.

But the pet adoption bill requires a relatively small sacrifice from the state compared with other tax credits, Hough and Waterman assert.

The state has provided about $62.5 million in film tax credits from fiscal 2012 to 2016, according to a recent legislative analysis. State and local governments have seen only a fraction of this amount come back in the form of revenue from increased economic activity.

DickD: You know, before I read the article and the comments thus far, I had some of the same thoughts as you. I believe that the credit could incentivize people for the wrong reasons. There are too many nuts out there and even though it costs money to adopt from a shelter/rescue facility, I don't trust everything about this proposal. I think that it could incentivize animal hoarders, also.

My overall feeling is that the intention is noble; but for people on the fence about adopting a pet, a $100.00 tax credit should not be the deciding factor. If one is that ambivalent, the person could decide that it was a poor decision and then cut their losses by getting rid of the animal. To take on a pet, people really need to look at it as a responsibility that is taken seriously and that you can love it and provide a forever home.

What about aborted children. Why not give money to people for adapting a child?? Hough as better things to do than push a bill like this.

We already give tax deductions for children.

Tax deductions, yes, tax credits for adoption, no. We adopted a young girl, no tax credit, but she was a lovely young girl and today a lovely young lady, we couldn't be happier, tax credit or not. And we adopted her from a Catholic agency. Now Hough is a Catholic, is he goiing to help me, the young baby we adopted or just cats and dogs? Is Hough really religious or just a right wing nut?

Perhaps they could give tax credits to get Maryland children out of foster care and that would save more money than it would cost. But some of those children might not be as lovely as a baby adopted from a foreign country.

There are many Maryland children waiting to be part of a family. Thank you for visiting Maryland's photo listing website to learn more about the waiting children. Some of the children have special educational, emotional or medical needs; this information is confidential and does not appear in the children's descriptions. More detailed information about the children can be shared with adoptive parents as they are completing the adoption preparation process.

If abortion is one of your concerns, then it would make more sense to provide tax credits to people who place a child for adoption rather than to adoptive parents. Tax credits for adoptive parents are unlikely to affect the behaviour of potential birth parents.

Good point. If the only parent is a young lady, would she have anything to get a tax credit on? If she keeps the child, she will have problems with getting welfare, with the way the Republicans are defunding everything. If she wants an abortion, the Republicans will stop that, if they can. So, a young lady with a child to support will have nowhere to turn. Have an unexpected pregnancy and you cannot have an abortion, have a child no welfare, catch 22. Mostly created by the far right Republicans. So, what do they want? The answer, put all young women in a nunnery, where they will never see a man. Hopefully, that will resolve the Republican dilemma! (I am just kidding about the nunnery! Please show me mercy.)

Maryland has a Safe Haven Law. The state could pay them for turning over their babies like they do when people turn in firearms. Do you think women would jump at the chance to be pregnant for nine months and deliver a baby for $100.

Passed in 2002, Maryland's Safe Haven law allows mothers to leave their newborn babies at a hospital, fire or police station without being prosecuted - no questions asked. The purpose of the law is to protect newborn babies who may be abandoned by their mothers who are afraid they would be subject to legal action if they cannot keep the child. The baby must be 10 days old or younger and unharmed for the mother to be protected by this law.

According to child welfare agencies, these babies will be adopted; infants have the highest adoption rate in the U.S.

President Obama tried to give a tax credit for adopting humans and the GOP defunded Homeland Security.

I don't know if I've ever met a Repugnant and I am not familiar with the tenants of their group but I have met Republicans who are in fact humanitarians.

If they want to do something substantial in support of domestic animals, how about funding a program for having feral cats spayed and neutered? A far greater problem in the state than dog adoption.

Where do they come up with theses bills? They obviously don't think them through. How does this enhance the business climate in Maryland? How does this bring jobs to Hough's district.

just another credit that will have to be made up somewhere else. Instead of all these credits, exemptions, etc. if we just went to a flat tax rate of a % of all income then everyone would pay. Its crazy the tax code is thousands of pages long and you can't even call IRS and get an answer to questions.

Why does he hate house bunnies so much?

House bunnies are great but they crawl under the couch and claw at the carpet to get to the jute back; a fine delicacy for this species.

You have to listen careful then run and get the broom to chase them out.

An unfinished pine chair is no match for a house bunny's sharp teeth either.

Maybe it is less difficult to adopt out bunnies so the $100 incentive is not necessary. Seems like dogs move out pretty quickly but the cats hang around for much too long. Maybe they should be offering $200 for cats.

How is this bill helping this voters?? He can certainly come with better bills than this.

I would hope so, but I am beginning to think he is a real dummy! All that BS about Brinkley and this is the best he can do.

It makes sense to give $100 for adoption over having dogs and cats euthanized. And all animal lovers do not what their pets euthanzied. But what is to stop someone from adopting a pet and then euthanizing them a month later. Taken to the extreme, someone could adopt a dozen or more cats and/or dogs, take them home and then drown them. Just think, a real racket, you could save yourself 1 - 2 thousand dollars a year. I am all for having the pets adopted, giving money for that, no.

Why doesn't Hough come up with some sensible ideas? First, he wants to have the special hunting privileges for six months of the year, with rifles, in a crowded County, to benefit 15 farmers, and now he comes up with this ridiculous idea. Give Brinkley back to us!