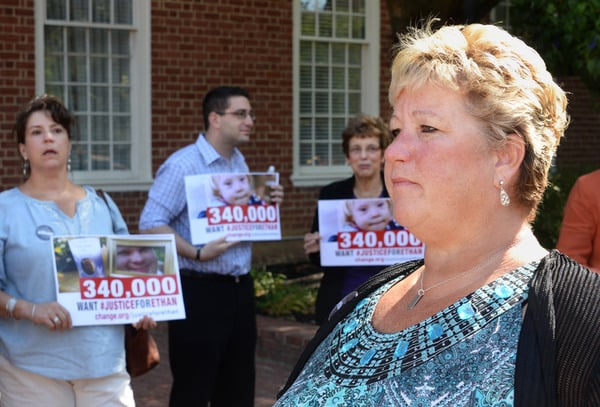 File photo - Patti Saylor is shown outside the Maryland State House in Annapolis in September 2013. Saylor is the mother of Robert Ethan Saylor, 26, who had Down syndrome and died when three off-duty Frederick County Sheriff’s Office deputies attempted to remove him from a Frederick movie theater. 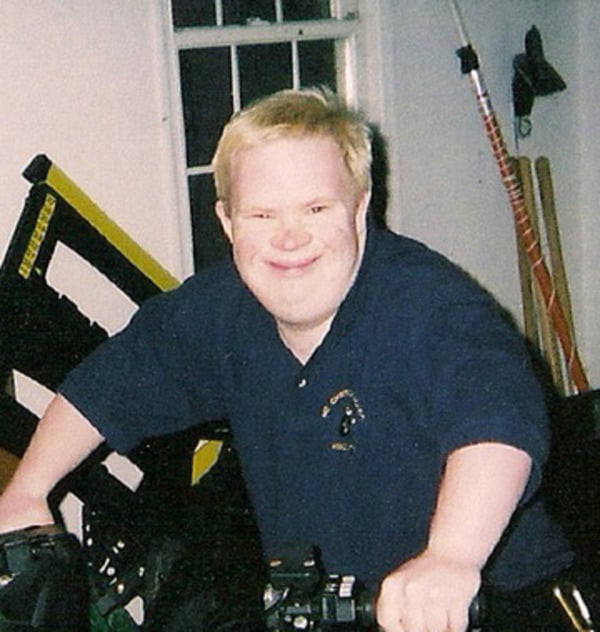 File photo - Patti Saylor is shown outside the Maryland State House in Annapolis in September 2013. Saylor is the mother of Robert Ethan Saylor, 26, who had Down syndrome and died when three off-duty Frederick County Sheriff’s Office deputies attempted to remove him from a Frederick movie theater.

Patti Saylor will share the story of her son Ethan’s death before a congressional committee later this month, national Down syndrome associations announced Monday.

Ethan Saylor, 26, died while he was being forcibly removed from a Frederick movie theater by off-duty sheriff’s deputies in January 2013. Saylor, who had Down syndrome, died of asphyxiation while he was being removed in handcuffs, according to sheriff’s office and court records.

Patti Saylor, of New Market, will testify before the Senate Judiciary Subcommittee on the Constitution, Civil Rights and Human Rights.

She was invited to speak by Sen. Dick Durbin, D-lll., who will chair the hearing titled “Law Enforcement Responses to Disabled Americans: Promising Approaches for Protecting Public Safety.”

Since Ethan Saylor’s death, Patti Saylor has advocated for changes to police training and other policies to avoid similar deaths in the future.

“I am confident that this hearing will help save the lives of individuals with intellectual and development disabilities in the future,” Patti Saylor said in a statement released by the National Down Syndrome Society. “I look forward to sharing Ethan’s story and ensuring his legacy lives on for others with Down syndrome and other disabilities.”

Sara Hart Weir, vice president of advocacy and affiliate relations for NDSS, said the organization plans to submit testimony and hopes lawmakers will adopt policy changes at the federal level. Weir is a member of the Maryland committee established by Gov. Martin O’Malley in response to Saylor’s death, which is examining statewide first-responder training policies and social inclusion efforts.

“Now, Ethan’s story has not only touched every person in the state of Maryland through Gov. O’Malley’s executive order ... but could also touch everyone in the United States,” Weir said.

The hearing is open to the public.

Written statements may be submitted as a PDF or Word document of 10 pages or less and should be emailed to Durbin_Testimony@Judiciary-dem.Senate.gov no later than April 28 at 5 p.m. The subcommittee cannot accept previously published information, including newspaper articles or reports, as a statement for the record.

Individuals with disabilities who require specific aids or services should contact the committee clerk at 202-224-7703 at least three business days before the hearing date.