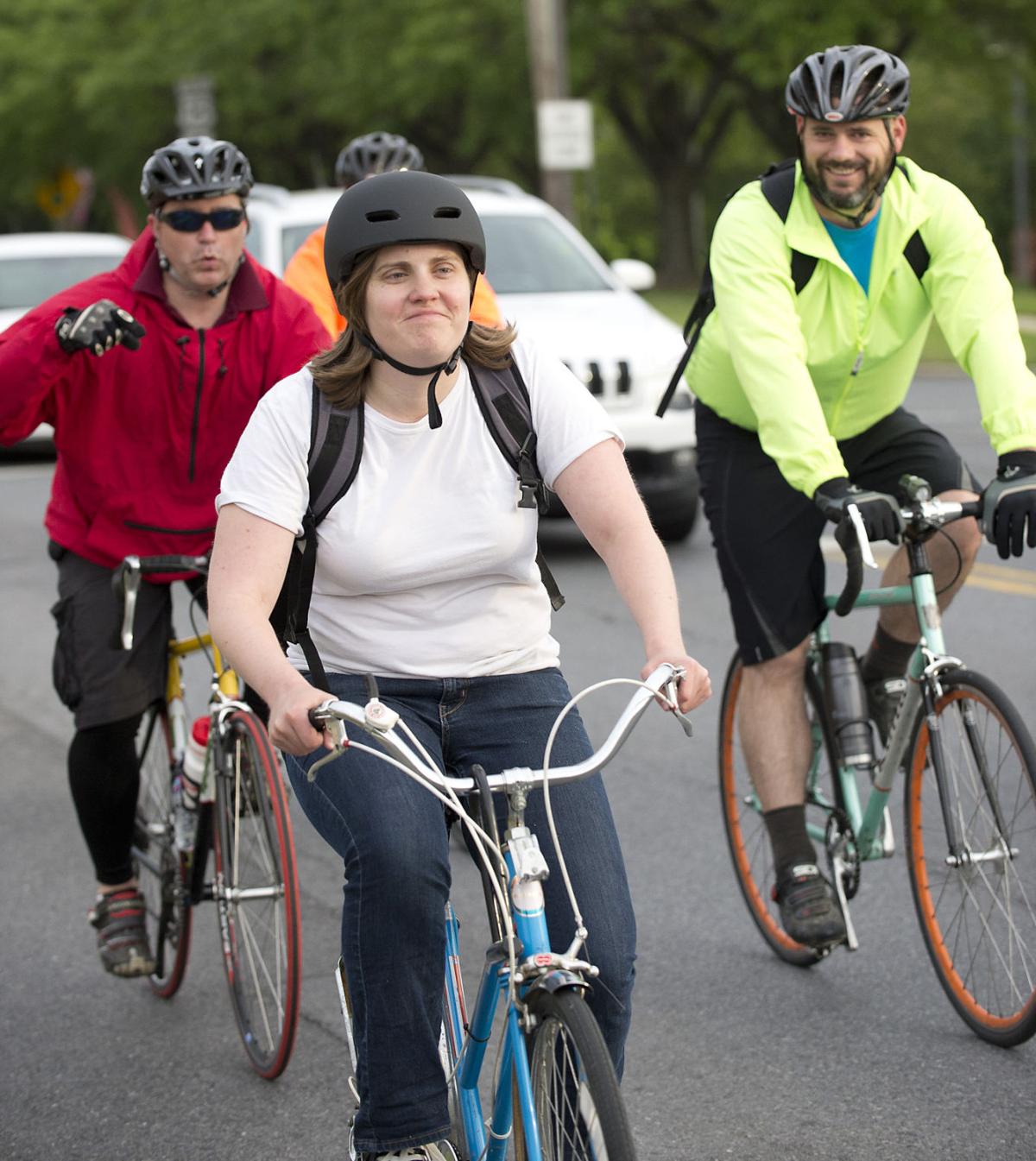 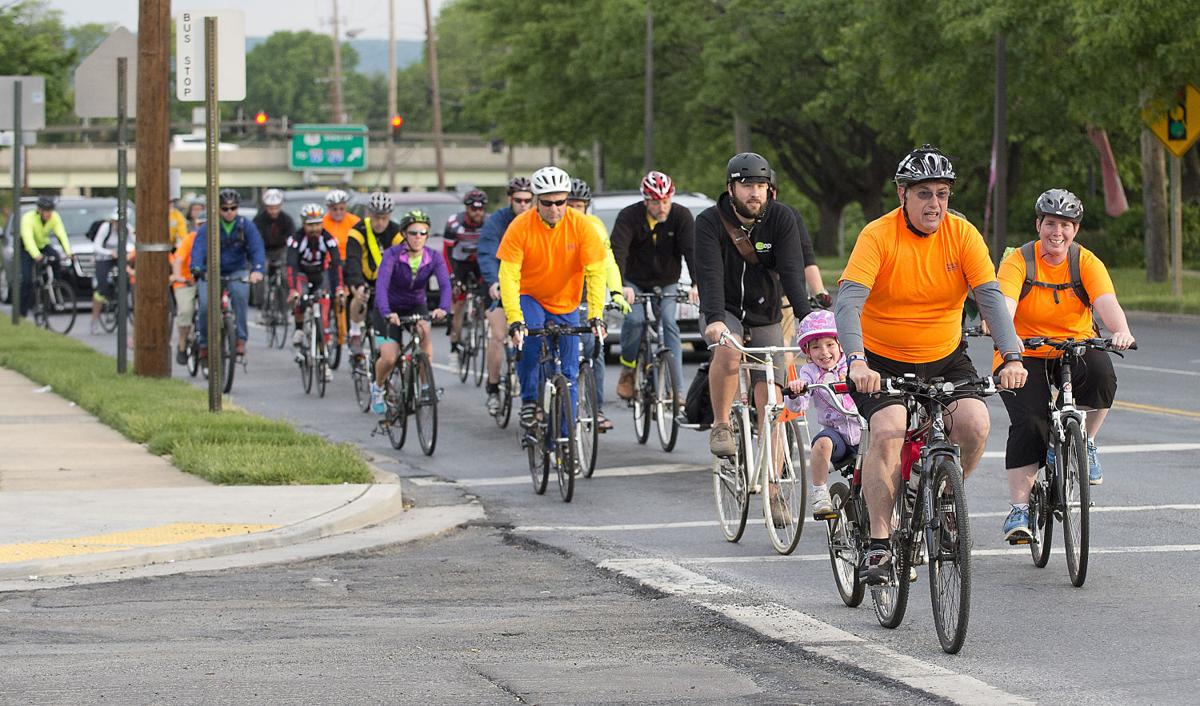 Bicyclists travel West Seventh Street on Friday morning as they take part in Bike to Work Day, an national event to celebrate bicycling and encourage people to bicycle to work in order to reduce traffic congestion and improve personal and environmental health. 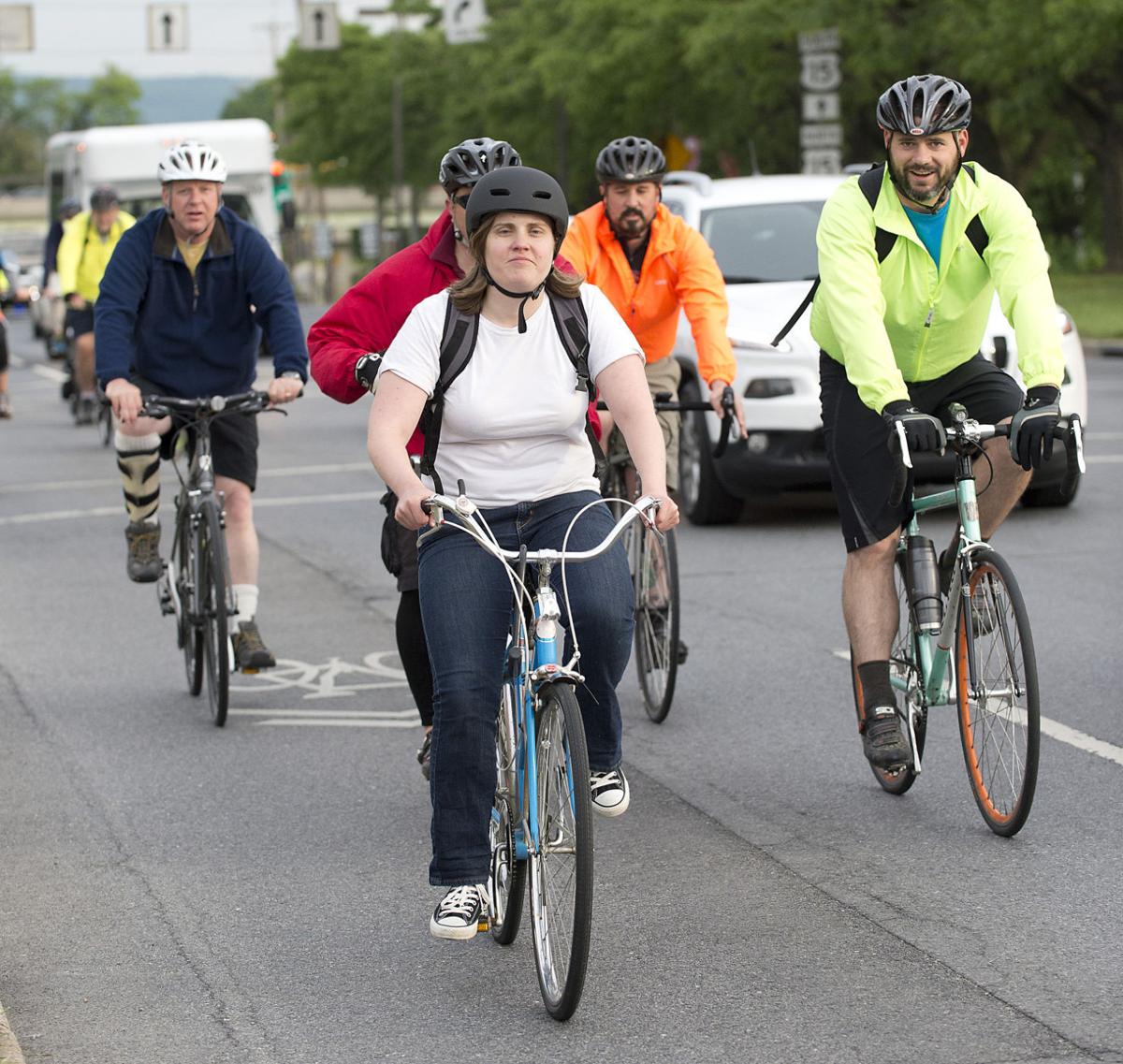 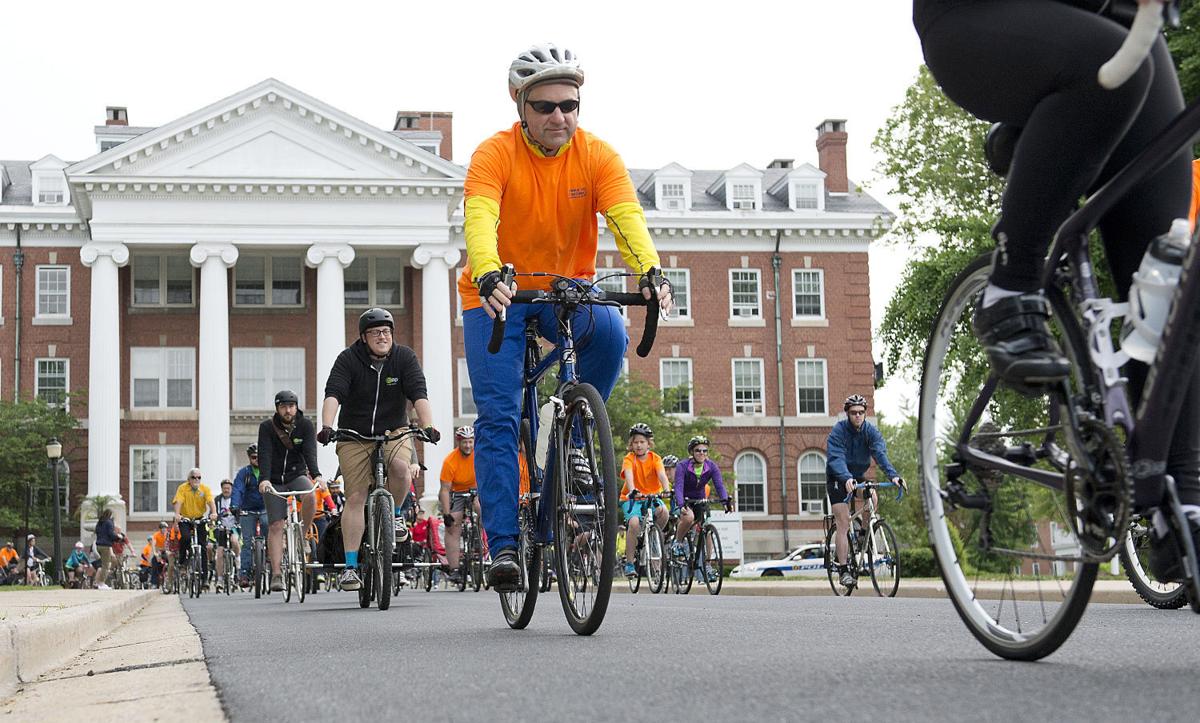 Bicyclists leave Alumni Hall at Hood college early Friday morning to take part in Bike to Work Day, an national event to celebrate bicycling and encourage people to bicycle to work in order to reduce traffic congestion and improve personal and environmental health.

Bicyclists travel West Seventh Street on Friday morning as they take part in Bike to Work Day, an national event to celebrate bicycling and encourage people to bicycle to work in order to reduce traffic congestion and improve personal and environmental health.

Bicyclists leave Alumni Hall at Hood college early Friday morning to take part in Bike to Work Day, an national event to celebrate bicycling and encourage people to bicycle to work in order to reduce traffic congestion and improve personal and environmental health.

My first Bike to Work Day was a roller coaster of emotions.

The national event celebrates cycling and encourages people to bike to work in order to reduce traffic congestion and improve personal and environmental health.

My poor planning got me off to a bad start. I not-that-brightly neglected to think of a way to get my bike from Ellicott City to Frederick until the last minute.

I tried fitting the bicycle through my car door and through the trunk, with no luck. My mistake resulted in an 11 p.m. trip Thursday to a 24-hour Wal-Mart to get a bike rack, whose installation took me another hour to figure out. I had to leave around 5 a.m. to get to the Bike to Work Day staging area at Hood College in time.

Despite getting started on the wrong, exhausted foot, the fun and sense of camaraderie at the event Friday made it all worth it.

Roger Rinker, of The Bicycle Escape, lightheartedly blessed the bikes to set the tone at the start of the ride — a tone the music, snacks and festive atmosphere at the ride’s end capped off nicely.

Of course, it’s hard to be grumpy when sharing the pure, simple joy of flying on two wheels.

The steadily growing number of registered Bike to Work Day participants seems evidence that I’m not the only one who thinks so.

Last year, about 300 people registered, and that number grew to more than 400 this year.

The 2014 Bike to Work Day was a bit of an anomaly because rain kept all but 50 or 60 of the registrants from riding. This year, the crowd appeared close to the 400 who registered, many of whom expressed gratitude for the cool, clear weather.

“How exciting it has been to watch this event grow,” county tourism director John Fieseler told the cyclists.

I sadly had to cheat a bit on my Bike to Work Day ride because of my 40-mile commute. I drove with my bike in its new rack to The Frederick News-Post’s office and then cycled from there to meet the group.

The trip was somewhere around 10 miles of relatively flat terrain.

Debbie Lamperti, a Lake Linganore resident, drove her bike near Hood and then cycled along the route through downtown Frederick to the transit center.

She doesn’t bike to work regularly, she said, because she considers the route to where she works on Crestwood Boulevard unsafe for cycling. She didn’t feel that same need for caution on the Bike to Work Day route, she said, and she was participating in the event for the first time just for fun.

“I love to bike,” she said. “I thought this would be a good idea to ride around the city and meet new people and meet the community of people that like to cycle.”

Other people were regular bike commuters.

Micah Sisk has been riding his bicycle 5 miles each way to work, he said, for the past four years.

“I just like it. It’s fun. I get a little exercise, you know, and by the time I get to work, I’ve already had my workout,” he said, adding that he is diabetic and cycling has helped control his blood sugar.

He enjoys Bike to Work Day even more than his commute, he said, because it’s a chance to ride with other people.

When I started from the office at about 5:45 a.m., the sky was just starting to get light over the treeline. Frederick seemed so peaceful in the early morning, and I got to see parts of Frederick I might have missed whizzing by in a car.

Mayor Randy McClement noted after the ride the new perspective is one of the perks of the day.

“It’s great,” he said. “The participation is great. It’s an opportunity to see parts of the city you may not see because you’re busy driving.”

Seeing new vehicles is another eye-opening aspect of Bike to Work Day.

Jim Gram rode a recumbent tricycle, which looks something like a pedal-powered go-cart. He prefers it to a bicycle because you don’t fall over when you stop, he said, and the chairlike seat is more comfortable than a bicycle seat.

Another rider was using a Fat Boy, which had extra-wide, 4-inch tires for added suspension.

For Bicycle and Pedestrian Advisory Committee member and County Commuter of the Year Alyssa Boxhill, the event is a way to create community, but also take stock of where improvements might benefit cyclists and where there has been progress.

“It’s encouraging to see that stuff is being repaired and the sharrows are being installed,” she said.