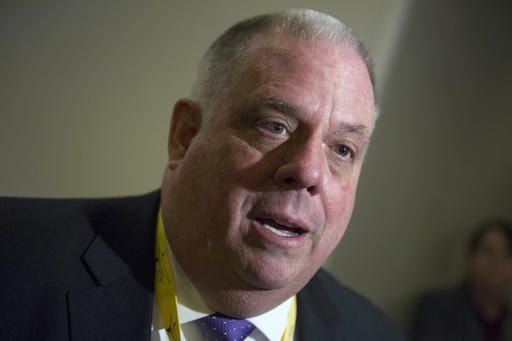 As voters went to the polls this week to elect a new Congress, Gov. Larry Hogan amended an executive order to extend the work of a bipartisan redistricting commission.

On Monday, Hogan (R) amended an early executive order to extend the work of the Maryland Redistricting Reform Commission until Nov. 8, 2017.

New Market resident Walter Olson served as co-chairman for the commission’s first year of work. Olson said he’s not sure whether Hogan will change membership of the board for the new year, but several commission members wanted to continue their work at a meeting last week.

With an additional year of work, the commission can examine additional ideas for more representative congressional districts, Olson said. They would also likely hold public hearings in Montgomery County, which some lawmakers in Annapolis said was an egregious oversight in the commission’s first year of work, he said.

Olson chalked up the lack of an earlier meeting in Montgomery County to “ill fortune and lack of time.”

The commission was appointed in August 2015 and issued its final report that November, before the 2016 General Assembly convened.

During last year’s session, half a dozen bills aimed at reforming the redistricting process, including one that Hogan proposed, failed.

A federal lawsuit challenging the state’s current redistricting map remains pending in federal court. That map, created by Gov. Martin O’Malley’s administration, was allowed to take effect in 2012 without any changes from the Democratic-controlled Legislature.

The party holds a 2-to-1 majority among registered voters in Maryland.

Seventy-five percent of Maryland residents support shifting redistricting from politicians to an independent commission, according to a February Goucher Poll.

Nonsense from the Governor, the State legislature is controlled by the Democrats, no matter what Hogan wants, he will not get it. Many states in the South are much worse than Maryland and they are controlled by the Republicans.

Agree! The Districts should be returned to what they were before O'Malley allowed them to be changed ~ or rammed down our throats ~ so the "right" people would win office. If the Districts are put back the way they were, there is no need for a "commission" of people to propose legislation to make that happen. Governor Hogan, do you not have "executive" authority to right a wrong?