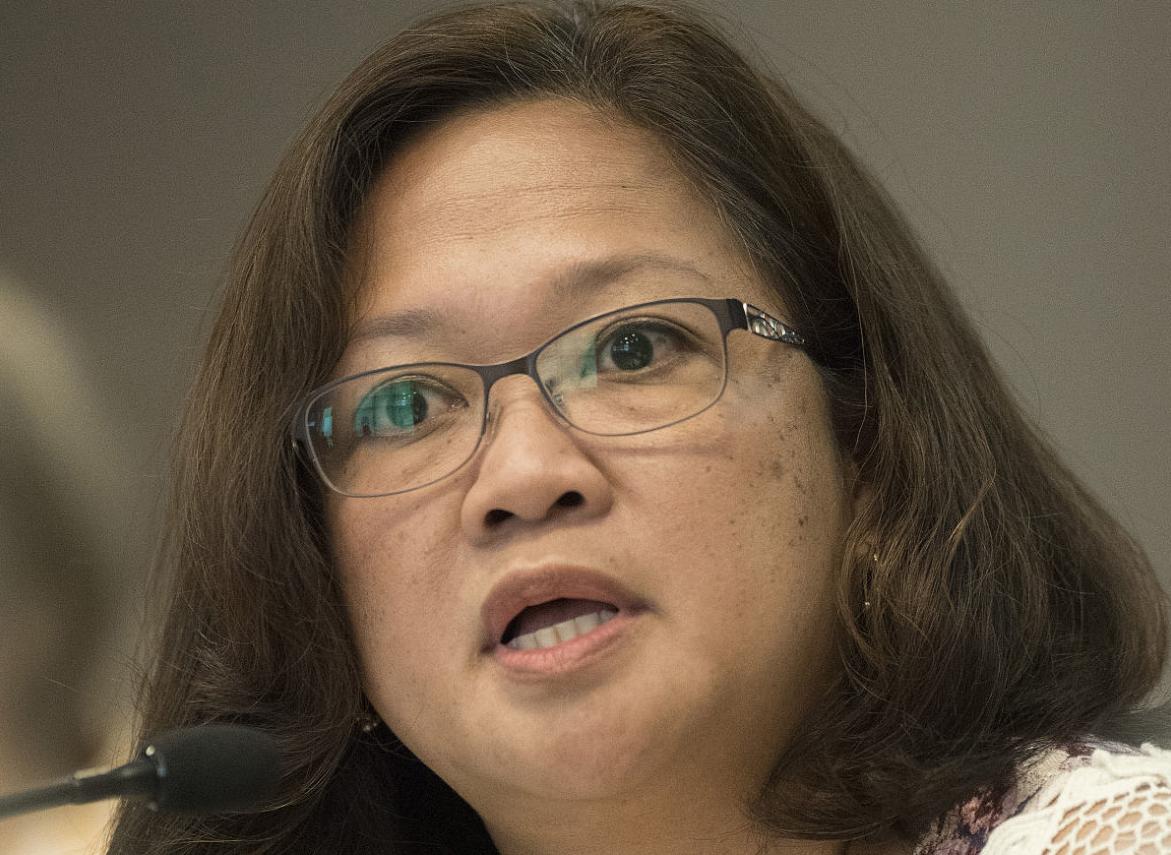 His replacement will be Joy Schaefer, currently vice president of the county’s Board of Education. That transition will start Dec. 16, County Executive Jan Gardner said in a news briefing Wednesday.

Wilson, who also serves as an alderman in Frederick, will be leaving his position with the county sometime in late January, said Vivian Laxton, a county spokeswoman. Schaefer said she intends to serve on the Board of Education until Jan. 15, according to her resignation announcement Wednesday.

Wilson said that after roughly five years of serving under Gardner, he’d been thinking about entering the private sector for about a year.

He added that one of his main accomplishments was helping showcase charter government versus the old commissioner form in Annapolis.

“We didn’t have a voice down in Annapolis four or five years ago, not like we have now. So when we go down there and the county executive goes down there, she is heard,” Wilson said.

The main learning curve for Schaefer will be serving all the county’s municipalities, Wilson said. That requires a large time commitment because of how late those meetings start.

Monitoring activity in Annapolis is a key part of the job, but the municipalities are probably most important, Wilson said.

“I think the most demanding part of my job was dealing with the municipalities and making sure their issues and concerns were resolved in a timely fashion,” he said.

Schaefer said Gardner approached her about filling Wilson’s role in the last month. Schaefer believes her experience testifying about certain legislation and relationships she has already built with County Council members and municipal leaders in the county will help in the transition.

Before she leaves the school board, Schaefer hopes to keep her colleagues informed about issues related to the Kirwan Commission, which she served on to help frame recommendations for the future of education funding.

That commission issued a report earlier this year that calls for $3.8 billion in added funding per year to address a variety of issues across the state, The Frederick News-Post previously reported.

Gardner said Wednesday that because her office is causing the vacancy on the school board, she is asking County Council members to interview and select three possible replacements for Schaefer. She will then pick one, who would then need to be approved by a majority of council members.

Schaefer said her experience on the Board of Education and with education issues should also help with other county issues, such as economic development. Those two are more connected than people might think, she said.

“In order to have a high-performing economy, you really should have an education system that supports it,” Schaefer said. “Not only education in pre-K through [12th grade], but lifelong learning, and so I think that is part and parcel of a thriving economy is to have that piece. I think some people look at it as siloed from economic development and I think it is part of, or an engine of, development as well.”

She added that her replacement on the board needs to consider the whole school system, not just issues that interest them.

“A lot of folks get into politics or an elected position because they want to do something specific,” Schaefer said. “They have an issue or a couple of issues they’re very passionate about. But the challenge of the school board is our constituents are our students, so you should be able to speak for ... almost 44,000 of them.”

Regarding Wilson’s future, he said he will remain on the city of Frederick’s Board of Aldermen.

When asked if he would run for another public office, he smiled.

An earlier version of this story incorrectly stated the timeline in which Schaefer and Wilson would step down from their respective roles.

Roger would be great as Mayor of Frederick or County Executive. Can't wait to see what he does!!

Mayor Roger, it has a nice ring to it.

Also a good thought. I think that seat might be interesting to follow. I could see either as he has lots of ties to both city and county.

Oh no; please do not nominate Cindy Rose!

Fortunately Jan gets to pick.

Remember, if the voters rejected you at the polls, you should be appointed to the office.

It would be nice if we could vote against one BOE choice and against one County Council choice in future elections. Negative votes might complicate vote counting, but I would like to see that option.