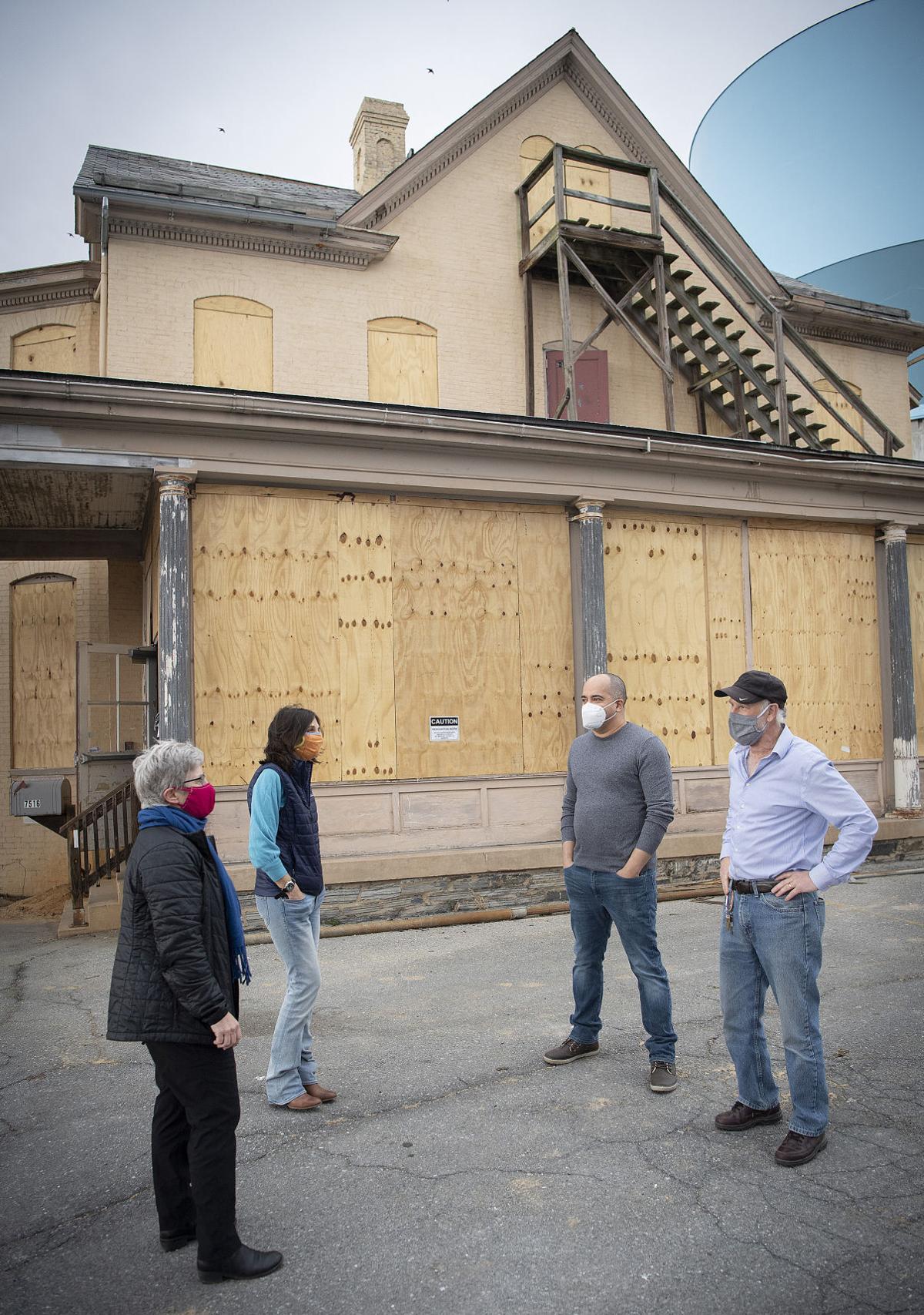 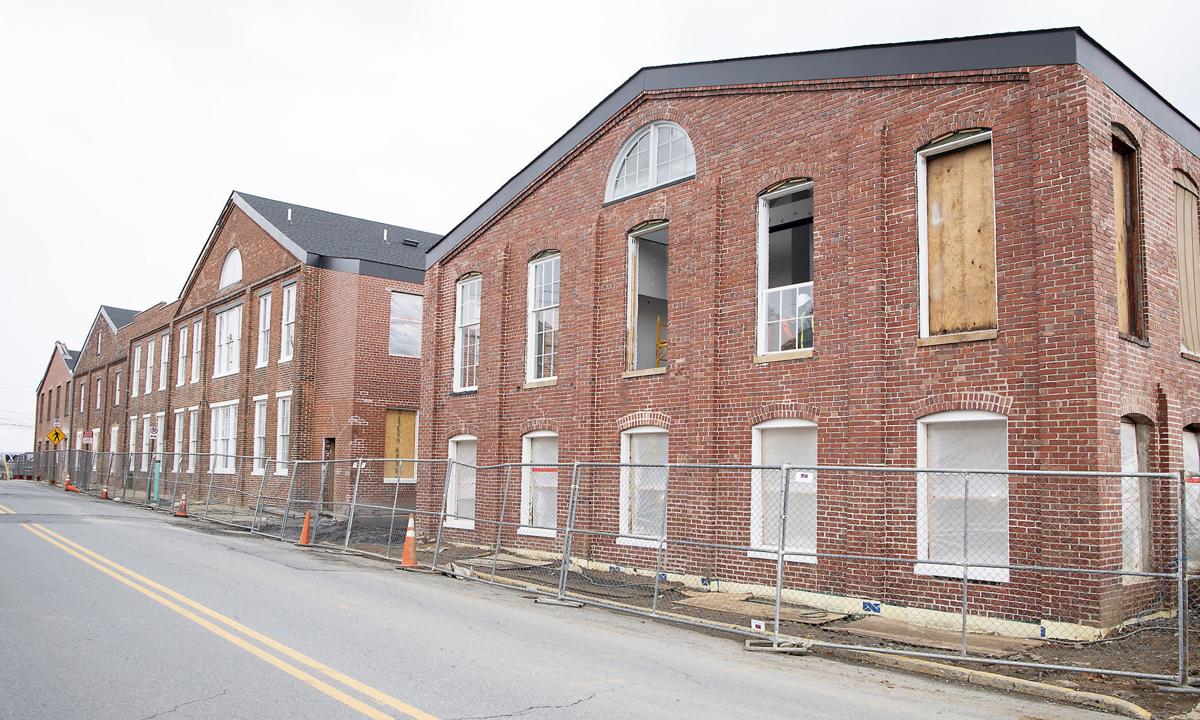 An 83-unit residential complex is being built at the old Ox Fibre Brush Company and Goodwill Industries of Monocacy Valley headquarters along East Church Street.

An 83-unit residential complex is being built at the old Ox Fibre Brush Company and Goodwill Industries of Monocacy Valley headquarters along East Church Street.

Situated on Hayward Road in north Frederick, in the shadow of a large water tower, several homelessness advocates stood chatting in front of a nearly 9,000-square-foot building.

The structure will hopefully serve roughly 50 people starting early next year as a permanent shelter, full of accompanying services ranging from mental health to financial literacy classes to help families get back to stability.

Some may not think a shelter is associated in the realm of affordable housing, but that issue is a rather complex one, government and nonprofit leaders said — and one that will require numerous solutions moving forward.

In 2016, Frederick County helped complete an affordable housing needs assessment, and some of the findings were considerable, including an 11,000-unit gap for those who make less than $50,000 annually.

That gap was for "workforce rental housing," meaning housing that does not require public assistance like Section 8 Housing vouchers through the federal government.

Some progress on the issue has been made in recent years, with a 59-unit affordable housing apartment complex opening at 520 N. Market St. in Frederick in 2019 and an 83-unit complex at the old Ox Fibre Brush Company and Goodwill Industries of Monocacy Valley headquarters along East Church Street being constructed.

The affordable housing gap is not just in adding more housing stock, however. It's also temporarily housing the homeless. Nick Brown, executive director of the Religious Coalition for Emergency Human Needs, said his nonprofit houses about 100-120 people each night.

Typically, the nonprofit distributes roughly $250,000 in rental assistance each year, but that was before the pandemic, Brown said.

"So it will be interesting to see whether we return to that normalcy or not," Brown said. "And that’s what we’re working through, and I’m sure most nonprofits in the country are working through right now is — what does the post-COVID reality look like?"

A closer look at HUD funding

Nonprofit, county and city of Frederick officials all depend on federal funding to help pay for their programs. The money comes from the U.S. Department of Housing and Urban Development's (HUD) Community Block Development Grant program, funneled through either the state or distributed directly from the federal government.

The funds are used to assist local organizations and nonprofits like the Religious Coalition, Housing Authority of the City of Frederick, Asian American Center and others, said Kimberly Ashkenazi, who sits on the county's Affordable Housing Council and works in Frederick's Department of Housing and Human Services.

Ramenta Cottrell, the city's director of Housing and Human Services, said one of the challenges is sifting through every funding source her department receives — at least a few dozen from the federal government, donations and grants from foundations. She's grateful for the money, but said there could be ways the money could be reallocated or better utilized to help the city's needs.

One successful city program has been Sold on Frederick II, which provides up to $10,000 for first-time homebuyer assistance. That program runs out of money each year and serves anywhere from five to 20 households depending on demand, Ashkenazi said.

She and Cottrell said there are a lot of regulations and requirements both for their department and individuals or recipients of HUD funds. But it's also difficult to predict who might qualify for certain programs and money.

"You could make $60,000 and be less well off than somebody who makes $40,000 because your expenditures are higher, or you have children … it does really depend on the package of the person," Cottrell said.

What possible solutions lie ahead?

There is no one single solution to affordable housing, officials said.

Ryan Trout has worked as the county's Housing Program Manager in the Department of Housing and Community Development for about 18 months. He thinks county and other local partners are doing a good job of using local data and trying to encourage low-income housing tax credit projects like the ones at 520 N. Market St. and the old Ox Fibre building.

"So I think there's recognition in that problem, that it’s going to take a lot of small things that will add up to kind of a larger change," Trout said.

Brown is happy to see the housing stock increase, but he noted there could be more outside-the-box thinking.

"There’s been a number of projects that have come on board, and a lot of the folks that we serve are direct recipients of that inventory," Brown said. "Where we’re still not seeing a clear path is in the SRO [single-room occupancy] or tiny-home legislation. Because that can help in some of these newer ideas that we have not really delved into. Those I’d like to see some focus on."

Cottrell said there's also the possibility of reallocating current funding and resources to meet certain affordable housing needs, especially in Frederick when it comes to helping organizations and citizens stay in and improve their homes.

A permanent shelter in the city

A concrete example of nonprofit and government officials addressing affordable housing issues is the permanent shelter on Hayward Road.

Earlier this month, Meg Kula, director of philanthropy at the Religious Coalition, said about $1.8 million of a $3 million donation goal had been raised.

Neil Donnelly, director of the Emergency Family Shelter for the Religious Coalition, said a groundbreaking will hopefully occur sometime in the coming weeks, and the shelter will open early next year.

The coalition has hundreds of volunteers at the ready when and if their assistance is needed, Donnelly said.

The Rev. Barbara Kershner Daniel, senior pastor at Evangelical Reformed United Church of Christ, who has assisted with the project, said the space is a reminder that affordable housing and shelter impacts more people than we may think.

There but for the grace of God go I

The more you take advantage of free public education and the more pep you put in your step, the more housing you can afford. Or, you can goof off in school and be relegated to asking " you want fries with that?"

The opportunity is there, but it does not produce equity. If you want equity, try Cuba, Venezuela, or Russia.

I'm having a hard time believing we have a shortage of affordable housing. I met a man through church who lived in the relatively new affordable complex that is located on West Patrick Street. When I found out he was from Calvert County, and knowing how close he was to his family down there, I asked why he moved all the way to Frederick. He said that when he applied for housing in Calvert County they sent him to Frederick because we had openings. So if DSS in Calvert is sending people to Frederick, how are we short?

You’re on to something here.

If we are content to have a minimum wage of $7.25 an hour, we must provide housing that can be afforded at that rent. That would be $419 per month.

If you can't make more than $7.25/hour and you are in your 20s or 30s, you should be collecting disability. Actually, I think you can make more in unemployment.

It all depends, unemployment compensation is based on previous income.

Would that be with or without roommates? If one chooses to work at minimum wage (currently $11.75 in Maryland), on should probably not live alone. Additionally, housing would be more affordable if the governments stopped their population growth policies and if the population actually stopped growing (or at least stopped growing faster than housing stock).