ANNAPOLIS — The bill is less than two pages long, but if it’s passed, it could provide valuable health care protections to the state’s LGBTQ community.

Del. Karen Lewis Young (D-Frederick) has filed legislation, House Bill 255, that would add “sex, sexual orientation, gender identity, religion or creed, citizenship, age, physical or mental disability, genetic information” and other provisions into the state’s Health article, preventing hospitals and related institutions from discriminating against admitting or providing care to people based on those categories.

A hearing on the bill was held last week in the House’s Health and Government Operations Committee. Several delegates asked questions, including Samuel Rosenberg (D-Baltimore city), who asked how Young’s bill would be different from patient “bill of rights” legislation.

D’Paul Nibber, director of legislative affairs for Baltimore’s Health Department, told the committee that Lewis Young’s proposal is more “consumer-focused” and has more power to address issues through the Maryland Commission on Civil Rights.

“The individual has a ... means of redress through the Civil Rights Commission, whereas the patient bill of rights would essentially be a complaint-driven process,” Nibber said. “But there’s not really anything centering around the patient that experienced the grievance.”

Lewis Young said after the hearing that Nibber came to her with the bill last year, after he was asked by the Health and Government Operations Committee to work with her on revising it.

The bill has been amended — including striking aspects of it related to whether patients want to include a treatment or procedure.

There is a need in the city of Frederick for the bill, Lewis Young said.

“One of the reasons I agreed to take this bill last year is that a group of individuals in Frederick approached me and asked me to a workshop they had,” Lewis Young said. “And they were just discussing some pretty serious discrimination they had received in Frederick, and a number of people in the group had told me they drive at least an hour to D.C., to Baltimore or to Montgomery County to get medical treatment.”

Kris Fair, chair of The Frederick Center’s board of directors, said the legislation Lewis Young is proposing is needed. He said his nonprofit has documented cases of discrimination against the LGBTQ community in recent years.

Sexual orientation and gender identity can greatly affect the medical treatment a person receives, Fair said. He added that The Frederick Center is working with Frederick Health Hospital and the county’s health department in updating best practices for how providers, doctors, nurses and others treat the LGBTQ community, in order to prevent discrimination.

As a gay man, Fair said he himself has dealt with uncomfortable situations when being asked questions at medical appointments. Ultimately, part of addressing the issue is spreading awareness of it, he said.

“Our objective is to make sure we give light to this challenge,” Fair said. “While this challenge might not be understood by many people, the challenge is real.” 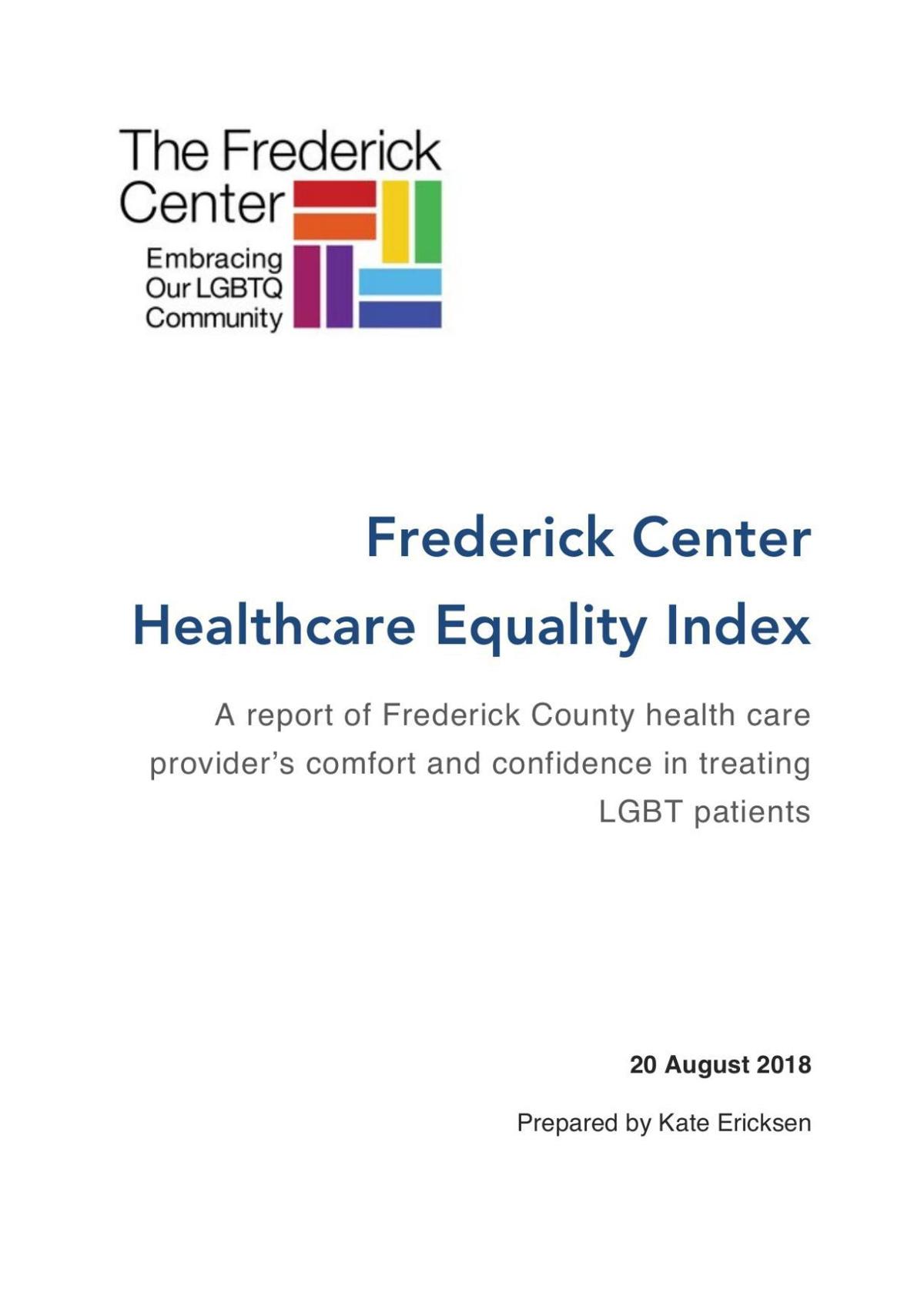 One of its key recommendations was that The Frederick Center partner with local providers on training sessions, which Fair said has occurred since then.

Lewis Young is hopeful her bill will pass this session, given the amount of work that has occurred. It’s an important bill, because of advice she’s received from Pat O’Connor of the Health Education and Advocacy Unit at the Maryland Office of the Attorney General.

“She keeps telling me, this is a really important bill, so that’s telling me that they’re receiving a lot of complaints,” Lewis Young said.

Karen Lewis Young introduces a bill that it's "...it's illegal not to turn onyour windshield wipers on when it it is raining... Karen Lewis Young introduces a bill" "... that makes it mandatory to flush the toilet after using a public restroom." You get the point... KLF figures out something to introduce a bill to fix something that isn't broken.. calls the media and self promotes. She clearly has a friend at the FNP. Article after article about KLF and some marginal bill on an irrelevant she has introducing or introducing. When is the voters of Frederick City wake up and realize publicity only results in getting a politician reelected...results is why we elect them in the first place. Lot's of noise...no results.

I sometimes have difficulty understanding why we need to continually amend legislation to identify groups that should not be discriminated against. I'm sitting here attempting to think of any reason for discrimination against anyone. The equal protection clause in the 14th amendment clause of the U.S. Constitution should have taken care of it. "People" should be created equal. Period. End of story. There isn't any reason to identify what a person is.

These are the kind of bills that give Lewis-Young a warm, fuzzy feeling, and that's all that really matters to her.

I see she put citizenship in there. Does that mean we will be paying for people here illegally? Or, that we have care for them as long as they can pay? I think it be the first option.

It’s not about free services

Good idea...but we also need politicians who work for ALL citizens.