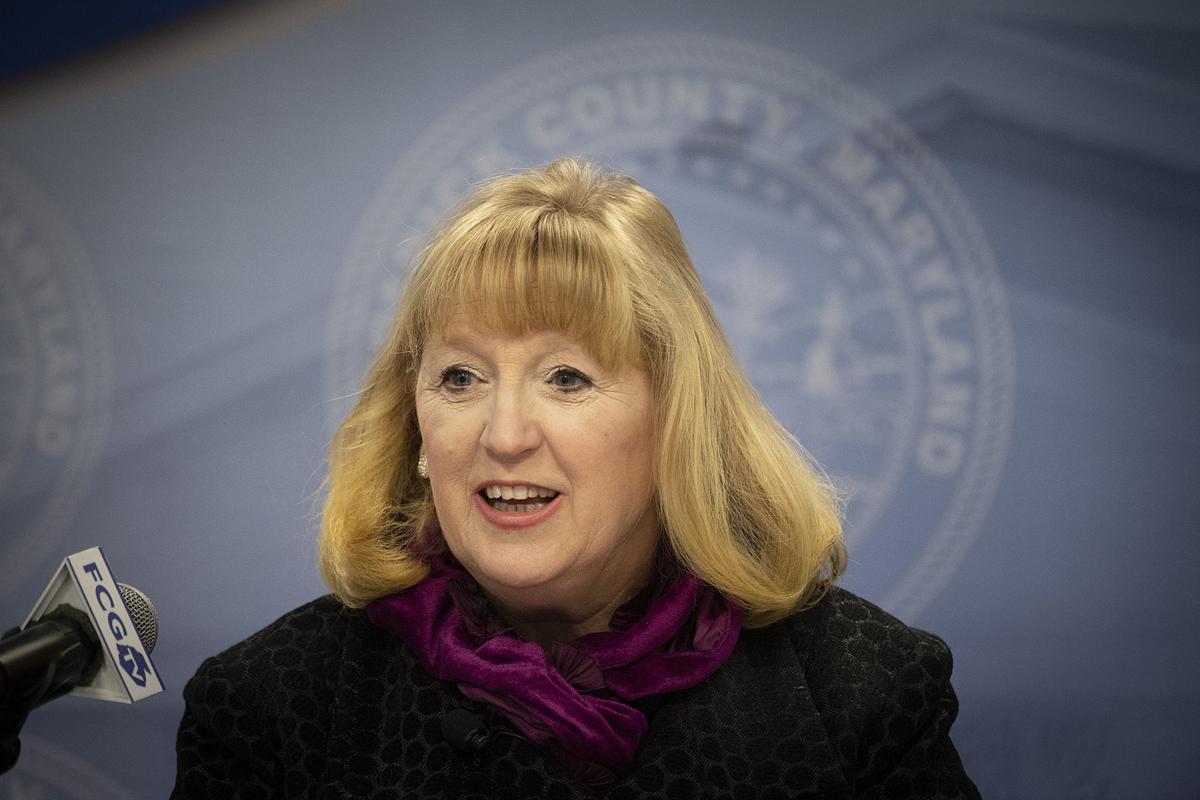 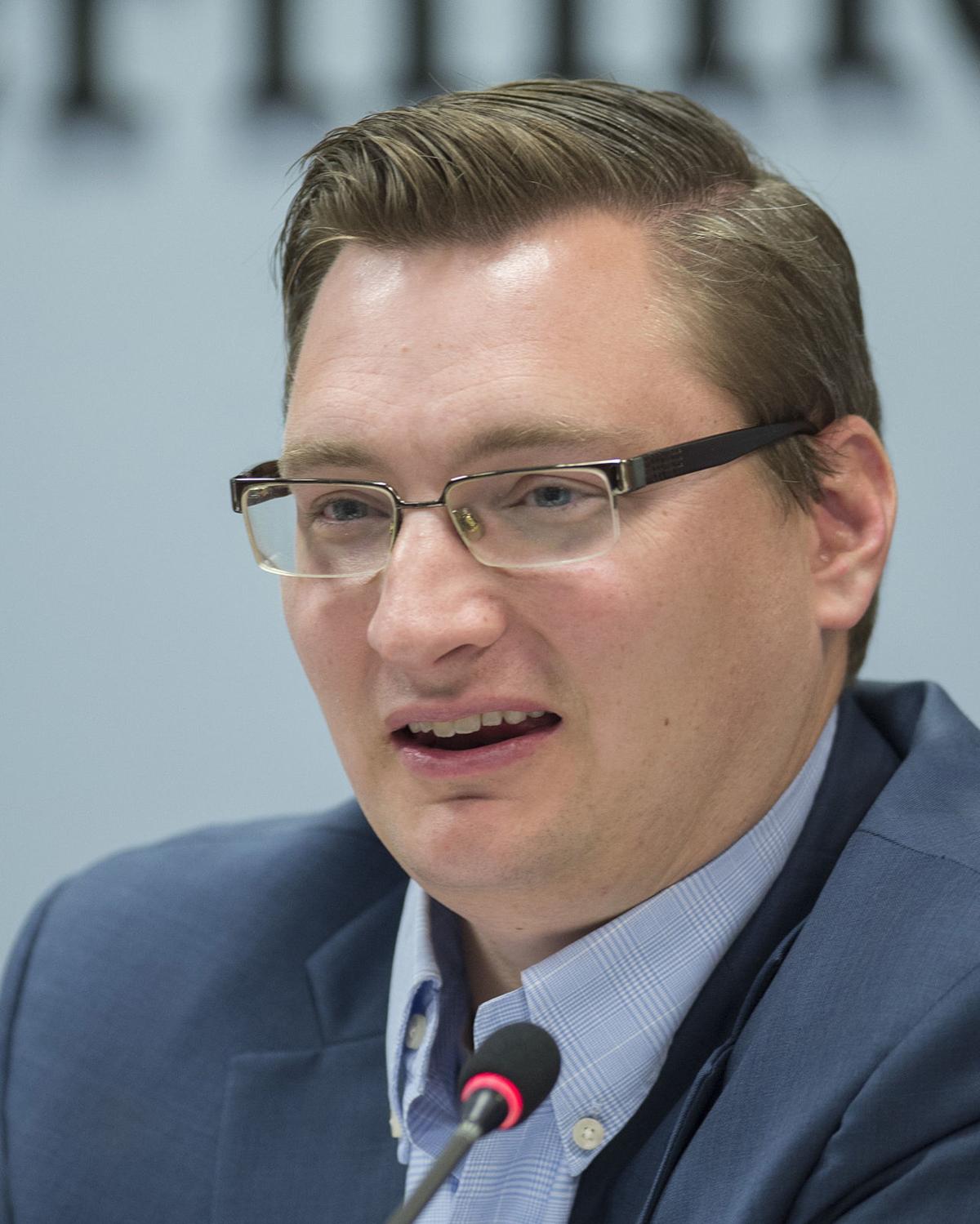 ANNAPOLIS — In late 2012, Frederick County residents decided, with more than 60 percent of the vote, to shift their county government from a board of commissioners model to a county charter.

That form of government — establishing a seven-member County Council (the legislative branch) and the county executive (the executive branch) — was introduced in December 2014.

A reason for moving to charter government was, in part, to get Frederick County more of a seat at the table in the rest of the state to obtain similar bargaining power to counties such as Montgomery, Prince George’s and Baltimore.

Depending on whom you ask, that change has either helped in Annapolis in the five years since or not made much of a difference.

Frederick County Executive Jan Gardner (D) said charter government has given the county more authority, through her position, to address those in leadership positions and issues in Annapolis.

“I do think our viewpoint is carried in a much different way than when I was president of the Board of the County Commissioners [from 2006 to 2010], where it used to be you were one of a board, and you had to go back and get that opinion [from other commissioners],” Gardner said.

This idea was shared by some members of the Frederick County delegation, but others believe the change has not mattered much.

Sen. Michael Hough (R-Carroll and Frederick) believes the quality of state senators and delegates, and governor are most important in addressing the county’s state-level needs.

“You could call a person the king or queen of Frederick County, but it doesn’t make much of a difference,” Hough said of the county executive role.

He admitted, however, along with other officials, that Frederick County’s population size limits its power on some statewide issues, compared with bigger jurisdictions such as Montgomery, Prince George’s and Baltimore counties.

“The more leadership you have in more places, the more beneficial it is,” Young said. “But we’ve still been able to work things and bring more money in [than before].”

“We’re a well-respected county, we’re a well-known county,” Kerr said. “But we’re small, not as small — so we don’t have a Kent County or Somerset County challenging us — but we are surrounded by some pretty big counties.”

Joy Schaefer, an outgoing Board of Education member who is replacing Roger Wilson as the county’s director of government affairs and public policy next month, also said it’s a challenge to compete with larger jurisdictions.

She added, however, that Frederick County is an asset to the state because of its fast-growing economy.

“So I think attention should be turned to us because of the situation we’ve created for ourselves,” Schaefer said. “But that means we also need more resources than we needed before.”

Stephen Wantz, president of the Carroll County Board of Commissioners, said his colleagues discussed switching from commissioner to charter government last summer, but didn’t take any formal action. They’ll continue that discussion this summer, he said.

Wantz said he hasn’t had issues working with his state delegation to address local needs, but there can be a noticeable difference in exposure.

“I’m down there now [in Annapolis] weekly and I see the difference in how we are perceived by the state, because typically, county executives have a seat at the State of the State address ... they [charter counties] always seem to have more ability to have direct communication with the state and the governor,” Wantz said.

Many state officials reached a similar conclusion about the charter’s effectiveness for Frederick County in Annapolis: ultimately, it depends on who is elected.

Del. Kumar Barve (D-Montgomery), chair of the Environment and Transportation Committee and a member of the House since 1991, said for larger jurisdictions, a charter form of government is better for local governance.

But with the day-to-day, Barve believes it hasn’t made much of an impact.

“Generally speaking for statewide initiatives, county governments really communicate to us through [the Maryland Association of Counties] and organizations like that,” Barve said. “But in terms of what happens in Annapolis, it always comes down to the effectiveness of your representatives.”

Kelly Schulz, secretary of commerce in Gov. Larry Hogan’s Cabinet, served as a delegate in Frederick County from 2011 to 2015. She supported the change from commissioner to charter government because of the checks and balances model between the legislative (County Council) and executive (county executive) branches.

“To have that checks and balance, it’s very important to finding equitable solutions in government,” Schulz said.

But like Barve, Schulz said an important piece is having strong legislators in Annapolis.

“That is their job — to represent their colleagues at the county level,” she said of delegates and senators. “The legislators are the key when it comes to the legislative session, on what the county needs to be able to have.”

David Brinkley, secretary of budget and management in Hogan’s office, represented Frederick County as a Republican in the House of Delegates from 1995 to 2003 and in the Senate from 2003 to 2015.

Much like others, Brinkley said it’s the relationships Frederick County officials have with others in Annapolis — versus the form of government in their home counties — that drives their success.

“It’s just been a matter of who you have down there that can be heard … there are certainly venues where people are colorblind to the party,” Brinkley said.

Brinkley noted charter government is still relatively new, but added he was able to work with those in in Gov. Martin O’Malley’s administration, and feels Gardner has similar opportunities with Gov. Hogan, a Republican, and his colleagues.

Del. Eric Luedtke (D-Montgomery), the House majority leader, said Frederick County has had more of a voice in Annapolis, in part because of the switch from the commissioner form of government to charter, and also because of who Frederick County residents have elected.

He added, however, that representatives in smaller charter counties such as Frederick do have to know about more policy areas.

“Legislators from smaller counties have that much more difficult of a job. I’ve got 23 members of the House that I can rely on and work on different issues,” Luedtke said. “And Frederick’s legislators have to work that much harder, and be an expert on that many more issues … but I think they’ve done it well.”

But again, another challenge is no matter how hard those legislators work, the populations of counties east of Frederick — Montgomery, Prince George’s and Baltimore counties, to name a few — means the county has less of a voting bloc when it comes to certain statewide initiatives.

“All these major bills need those bigger county delegations to vote with them, at least the majority of them,” Gardner said. “We will always have that because our population is less, and so that is a reality that exists regardless of the form of government.

“I’m well aware of that, and I can’t deliver the delegation votes of 20 or 30 or 40 from Frederick County like some of my colleagues may be able to.”

To combat that, Kerr said he has learned a valuable lesson pretty quickly.

“That’s where building strong working relationships with the fellow delegates, and across party lines, is so important,” Kerr said. “People who have been here longer, people who are in positions of leadership, the larger voting blocs that come with the larger counties.”

At least we have a balloon ban now. Life is great

Yet. After reading about State & Local education mandated projections, suspect matters of time.

Two things help the County when trying to get things done at the state level. First is overall competence. When the state sends money here is it well spent? Are projects completed on time and within budget? Are metrics used to evaluate the impact of dollars and programs? The second is the political savvy of the politicians we elect. If they are rock throwers then it will not get us anywhere. If they understand how to get things done by compromising where necessary and being pragmatic, then we can have our voices amplified by others who can recognize the importance of some of our county's needs even if they are from another district.

There seems to be a lot of Frederick hate on this thread. I like Frederick. The people are nice. The schools are good. It’s why I chose to raise my children here. Let’s be grateful for the nice community we have made for ourselves.

Division of power is a good idea. The problem is it costs a lot of money. Right now the council is pretty much powerless. It doesn’t show all that much because our county executive has not fully exploited it.

Right now the council doesn’t have anything. Everyone works for the executive. Council members cannot get a decent legal opinion, staffing insight or anything else. Because all these people are beholden to the executive, and rightfully so, but at the expense of good governance.

This is the way Blaine wanted it, ma23464. Can you imagine how it would be if he won the election that he wanted so badly?

The old Blaine gang has a lot to do with the Charter and Blaine expected to be the CE. So, the CE has more power than it might have had, and Jan would agree with that.

Kirby Del*uter is leading the fundraising charge for the FCCC to abandon charter government and return to the commission format. FNP should report on that.

Jan Gardner has brought respect for Frederick County and competent leadership. Influence in Annapolis is just one measure of the success of Charter. The FNP should ask her questions similar to those asked of the Mayor and a list of specific accomplishment would be in every answer.

Followed Gardner career ever since her days as a concerned mother petitioning Commissioner Hoke for additional educational funding. Then as Commissioner President board drafting and passing the adequate public facilities policy (which the Young group abolished). Consider her policies as moderate and reasonable. My concerns are when reasonable is replaced by political, which appears to consume both State and Federal.

Thank you Jan for doing a wonderful job. Really brought us back from the brink.

Faux outrage over the balloon ban makes you appear to be a silly and flippant person. Taxes were not raised and law abiding people won't release balloons.

You sure have been wrong a lot lately Kelly. Wassup?

It’s not a sport. I’m gearing up to run for sheriff. Popularity by controversy

Kelly, you are sounding like a broken record again!

Jan has done a great job. It’s the rest of the Dems that are ruining Fredneck County and Fredneck City. Balloon gate and Staute gate has ruined both. Thank goodness I left.

Before I too thank you for leaving, KMRD, where did you go. I can think of some places others might have suggested.

Come back when you can’t stay so long KMRD1. BTW...Thank Goodness.