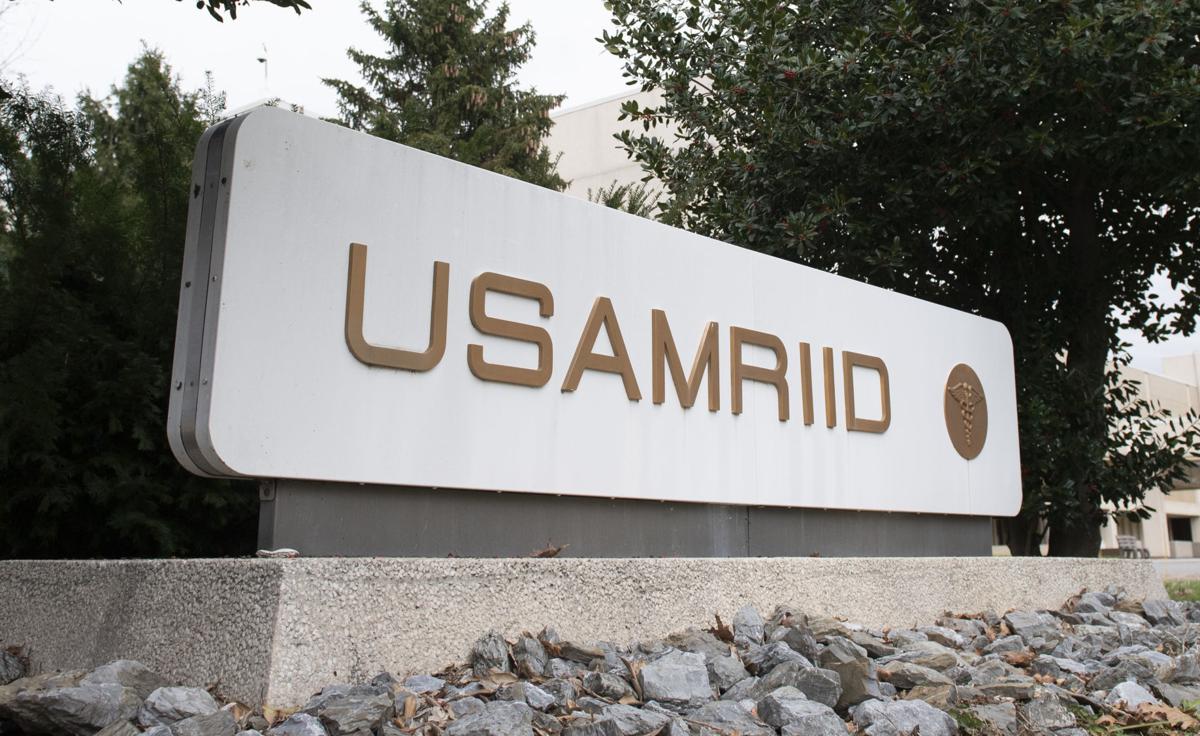 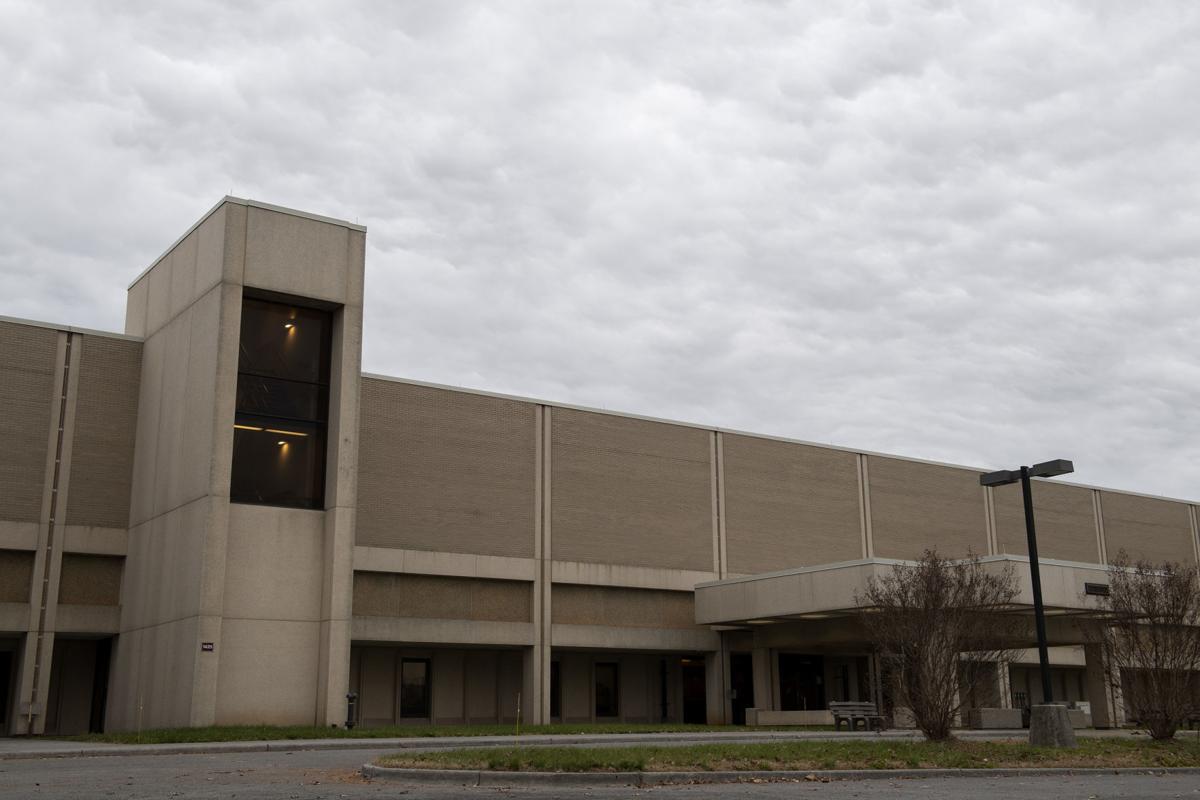 The Army’s premier biological laboratory on Fort Detrick reported two breaches of containment earlier this year, leading to the Centers for Disease and Control halting its high-level research.

The U.S. Army Medical Research Institute of Infectious Diseases announced Friday that it would restart its operations on a limited scale.

As it works to regain full operational status, more details about the events leading to the shutdown are emerging.

An inspection findings report, obtained by the News-Post through a Freedom of Information Act request, details some of the observations found during CDC inspections as well as by USAMRIID employees who reported the issues.

The two breaches reported by USAMRIID to the CDC demonstrated a failure of the Army laboratory to “implement and maintain containment procedures sufficient to contain select agents or toxins” that were made by operations in biosafety level 3 and 4 laboratories, according to the report. Biosafety level 3 and 4 are the highest levels of containment, requiring special protective equipment, air flow and standard operating procedures.

Due to redactions to protect against notification of the release of an agent under the Federal Select Agent Program, it is unclear the result of the two breaches.

Breach is a “loaded word,” said Col. E. Darrin Cox, commander of USAMRIID. While there was a breach, there was no exposure, he said. No one was exposed to any of the agents or toxins.

Anytime USAMRIID determines there is a breakdown of requirements, employees have to do a report, Cox said.

When the breaches were reported, USAMRIID’s commander at the time issued a cease and desist to all work being done at the laboratory so that personnel could do a safety pause. It was a voluntary stop, Cox, who was not commander then, said.

The CDC inspected USAMRIID in June, as part of standard regulations that include scheduled and unscheduled visits, according to previous News-Post reporting. The CDC sent a letter of concern on July 12, followed by a cease and desist letter July 15.

Shortly after, USAMRIID’s registration with the Federal Select Agent Program, which regulates select agents and toxins, such as Ebola or the bacteria causing the plague, was suspended. At the time, USAMRIID was conducting work with Ebola and the agents known to cause Tularemia, the plague and Venezuelan equine encephalitis.

The CDC, in its inspection findings, noted six departures from the federal regulations for handling select agents and toxins. One of those departures was the two breaches.

Another departure was that the military laboratory systematically failed to implement biosafety and containment procedures. In one instance, personnel deliberately propped open the door to the autoclave room while the employee removed biohazard waste.

“This deviation increases the risk of contaminated air from room [redacted] escaping and being drawn into the autoclave room, where individuals do not wear respiratory protection,” according to the report.

The report includes a large section redacted to protect against the release of a report or inspection of a specific registered person that would endanger public health or safety.

Propping the door open was an ”incident,” Cox said, not one of the breaches. It was noted by the CDC during one of its inspections.

The person who propped the door open did not have mal intent, he said.

“They weren’t doing it to openly flout the rules,” Cox said. “They were doing it for a reason that they thought was reasonable. But I mean, it still was not in compliance with [standard operating procedures].”

There were other incidents like the door propping that led the CDC to determine there was the systematic failure, he said.

To fix it, the CDC required that USAMRIID ensure personnel were being trained. While under the cease and desist, USAMRIID reviewed its training, validated it to make sure it was working, trained its staff and validated their training, Cox said. It will continue to monitor to make sure the training continues.

One of the concerns was USAMRIID’s effluent waste decontamination system. The laboratory had moved to chemical treatment after its previous system was damaged, according to previous News-Post reporting.

It will be going back to a thermal decontamination system, Cox said.

The inspection findings also found that USAMRIID did not have a complete, accurate inventory of its select agents. That has been resolved, Cox said.

There were also cracks in the paint that were fixed, he said.

The CDC inspection also had multiple general concerns that were being addressed. All personnel concerns about not following protocol have been addressed, he said.

“Everything in [the CDC’s] letter has been addressed,” Cox said.

The Federal Select Agent Program registration has been partially lifted, and USAMRIID will be able to work on five studies dealing with select agents and regain its full operational status in the Laboratory Response Network.

The Laboratory Response Network is made up of three laboratories — one operated by the Navy, USAMRIID and the CDC. The three are responsible for determining unknown material.

While operations were shut down at USAMRIID, the Army laboratory still did some work. But if it identified something that fell under the Federal Select Agent Program, it either stored the material in the freezer, as it was with the rest of the biological select agents or toxins it has, or sent it to one of the other laboratories, Cox said.

The Laboratory Response Network is set up in such a way that if one of the laboratories cannot operate, as USAMRIID could not, the other two can shoulder the work, said USAMRIID spokeswoman Caree Vander Linden. That happened with the CDC during the height of the 2016 Ebola outbreak, which meant USAMRIID took on more work.

While under the partial suspension, the CDC will approve the studies USAMRIID scientists wish to do, Cox said. USAMRIID leadership will have to send an outline of proposed research, including what agent it will involve, among other details. CDC personnel will then review the plan and interview the scientists to make sure they are trained and can do the research, he said.

There is no concern about intellectual property under the CDC approval model, he said. And he did not think it would affect grants. During the shut down, USAMRIID scientists were able to continue writing grants, among other duties, like consulting or education, he said.

During the shutdown, personnel understood the importance of taking a pause and evaluating the standard operating procedures. There was no major staff turnover as a result of the shutdown.

“They understand the importance of the mission,” Cox said.

But the scientists will be happy to get back into the laboratory, he said.

Both Mayor Michael O’Connor and County Executive Jan Gardner were notified that USAMRIID would begin some of its operations in its biosafety level 3 and 4 laboratories.

“Obviously, that’s good news for the installation and the research that they do there,” O’Connor said.

He has every expectation that USAMRIID will do research to be done to CDC standards, O’Connor said.

Bob Hawley, who sits on the Containment Lab Community Advisory Committee, said that it is “wonderful” that USAMRIID will be able to start some of its work again.

He met with Cox and Brig. Gen. Talley, commander of Fort Detrick, who outlined the procedures that USAMRIID will follow.

Cox said he “delighted” that USAMRIID will get to start its work again. They will continue to work with the CDC until the full suspension is lifted.