You are the owner of this article.
Edit Article Add New Article
You have permission to edit this article.
Edit
Home
News
Opinion
Sports
Topics
Calendar & events
Classifieds & local
Features
Voters Guide
1 of 8 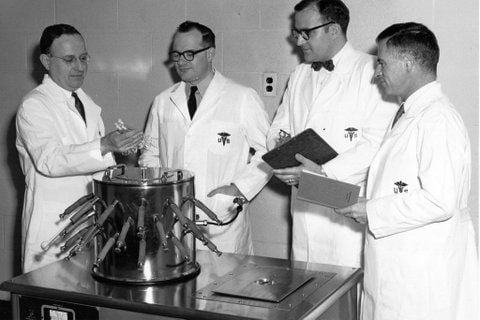 Henry Eigelsbach at the microscope. 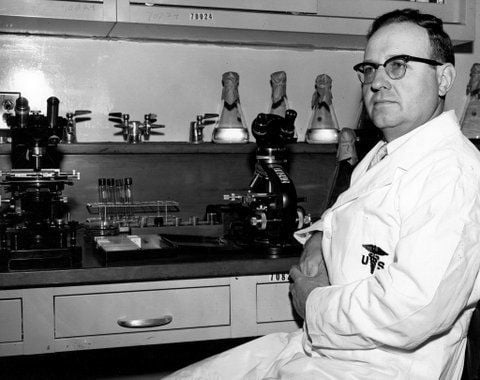 Henry Eigelsbach at the lab bench. 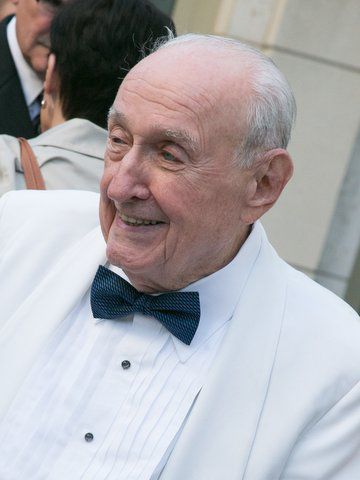 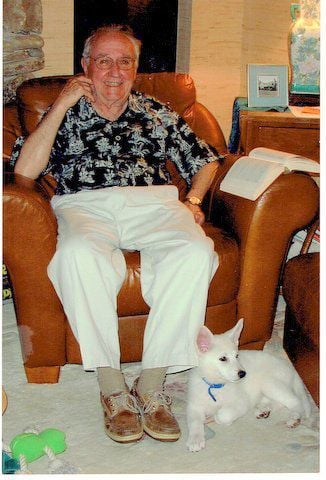 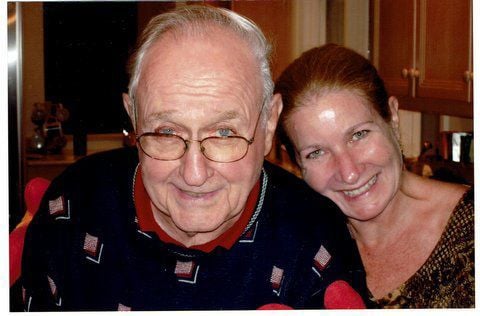 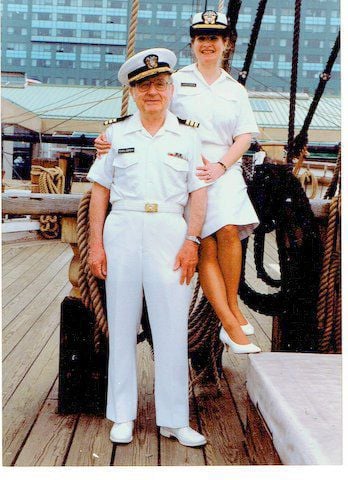 Henry Eigelsbach and his daughter Lynn Marie Eigelsbach Goodman in their Navy uniforms. 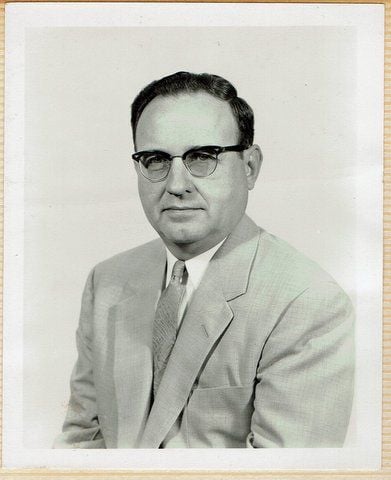 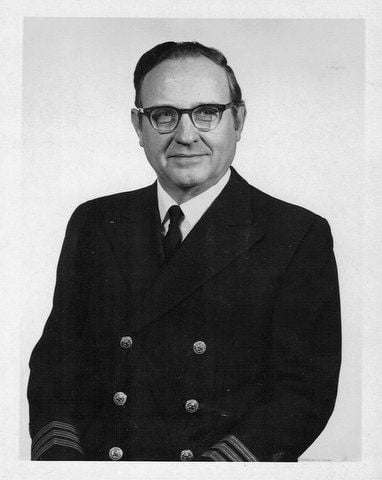 Henry Eigelsbach at the microscope.

Henry Eigelsbach at the lab bench.

Henry Eigelsbach and his daughter Lynn Marie Eigelsbach Goodman in their Navy uniforms.

Henry T. Eigelsbach is best known for his work on tularemia, also known as rabbit fever.

The former Fort Detrick scientist is so well-known for his work on one of the first tularemia vaccines that some, even internationally, might call him the godfather of tularemia.

But Lynn Marie Eigelsbach Goodman knew him best as Dad.

“My father was one of the kindest, most generous people I’ve ever known,” Goodman said.

Henry “Hank” Eigelsbach died Dec. 6 at the age of 100. At the time of his death, he lived in Boca Raton, Florida, with Goodman. But for the majority of his life, he lived in Frederick, not far from the military post where he worked.

Eigelsbach enlisted in the Navy in 1944, during World War II. He originally went to join the Army, but the recruiter looked at his education and sent him to the Navy recruiter, his daughter said.

The Navy sent Eigelsbach to Camp Detrick, which later became Fort Detrick. Eigelsbach left active duty a few years later but remained at Detrick, where he worked as a microbiologist.

Eigelsbach started to work on tularemia while he was in school, said Stephen Prior, a microbiologist who worked with Eigelsbach in the late 1990s. That was likely one of the reasons he was sent to Detrick.

While at what is now known as the U.S. Army Military Research Institute of Infectious Diseases, Eigelsbach began working on a vaccine for tularemia.

“And so when you’re talking to anybody about a tularemia vaccine, anywhere in the Western world, what you’re really doing is going back to Hank Eigelsbach,” Prior said.

At the time, there was a vaccine for tularemia, but it used a killed strain and was less effective, said Dr. Arthur Friedlander, a senior scientist at USAMRIID. Eigelsbach and his team were working on a vaccine that used a live strain.

To do so, the United States needed help from the Soviet Union, despite being at the height of the Cold War. Eigelsbach was part of the team that helped receive the vaccine that Soviet scientists were developing.

The vaccine Eigelsbach brought back was for a different type of tularemia, but he was able to use it to formulate a new tularemia vaccine for the type seen in the United States.

Tularemia is a disease that affects hunters because of their proximity to rabbits. But there was a fear that the disease could be used as a bioterrorism agent, Friedlander said. Even now, U.S. soldiers receive a vaccination for tularemia.

The bacteria causing tularemia is one the most infectious known, according to the Centers for Disease Control and Prevention, which is one reason that it could be used a biological weapon. It is also something that could be aerosolized.

Tularemia causes a fever as well as several different symptoms depending on where the bacteria entered the person. Some types of tularemia can cause eye irritation, while others cause skin ulcers, according to the CDC. In some cases, tularemia can be fatal.

Eigelsbach was also involved in testing antibiotics and treatments for tularemia, as well as his work on the vaccine, Friedlander said. He laid the groundwork for any improvements made to the vaccine, with his work still being cited.

After his retirement from USAMRIID, Eigelsbach went to work as a professor at Western Maryland College, now known as McDaniel College, in Westminster.

He loved that part of his life, Goodman said.

Since he was an expert in tularemia, others sought him out as a consultant, even as he was in his 70s and 80s, she said.

That’s how Prior came to know Eigelsbach.

“He lived up to his reputation,” he said.

Goodman said that she knew about her father’s work growing up, but she did not know the full extent of it until he died. Going through the letters she received upon his passing and going through his documents painted a better picture of how influential her father was in the world of microbiology.

“I knew he had a big career,” she said. “I knew he was a renowned international scientist. I knew that, but I had no idea that he had so much importance and that his work is still being quoted today.”

But it is not the science she necessarily wants to be her father’s legacy. Instead, she wants him to be remembered for his generosity and kindness.

All of her friends called him Dad, and he acted as their surrogate father, she said. Especially, as he got older. Many of their parents had died, so Eigelsbach stepped in.

Prior echoed her comments.

When Eigelsbach would travel to England, after World War II, to meet with his British counterparts, he would bring treats that were being rationed or were unavailable. Usually those would need to go through customs, Prior said, but Eigelsbach would say they were friends and sneaked them through.

He was always looking after people like that, Prior said.

Sens. Chris Van Hollen and Ben Cardin toured a military laboratory at Fort Detrick on Friday, just days after sending a letter to the U.S. sec…

RIP Dr. Eigelsbach. Your work and personality inspired many, including a young microbiologist from NJ.

Gabe, Isn't that a lyophilizer, rather than a microscope, in the first photo?

Good catch three. Indeed it is. It looks like an old VirTis model that could be used for shell-freezing then lyophilization. Definitely NOT a microscope.